Herds at the Border

Pastoralism generates wealth and economic interdependence but also causes tensions, usually over water or pasture. In the last few years, conflicts have intensified because of growing insecurity and small-arms proliferation; climate change and the shift of cattle migration southward; multiplication of transnational herding routes; expansion of cultivated areas into traditional grazing lands; and growing cattle herds.

In some Sahel countries such as Niger or Chad, international donors have supported the development of pastoralism and governments have tried to mitigate conflicts. Unlike these countries, the Central African Republic and Democratic Republic of Congo do not regulate transhumance and are unable to deal with increasing violence between communities.

Crisis Group recommends that the regional organisation in charge of pastoralism (CEBEVIRAH) should organise a meeting with the CAR and Chad governments to establish monitoring mechanisms and reduce tensions. 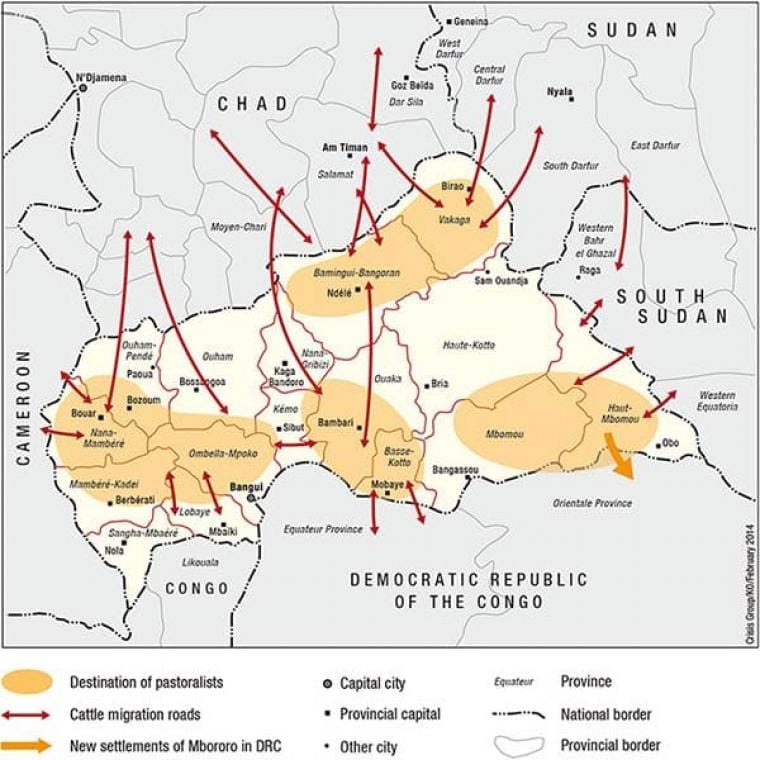 For more information, please read the report, Central Africa: The Security Challenges of Pastoralism, analysing the violent conflicts related to the expansion of pastoralism southward from the Sahel.