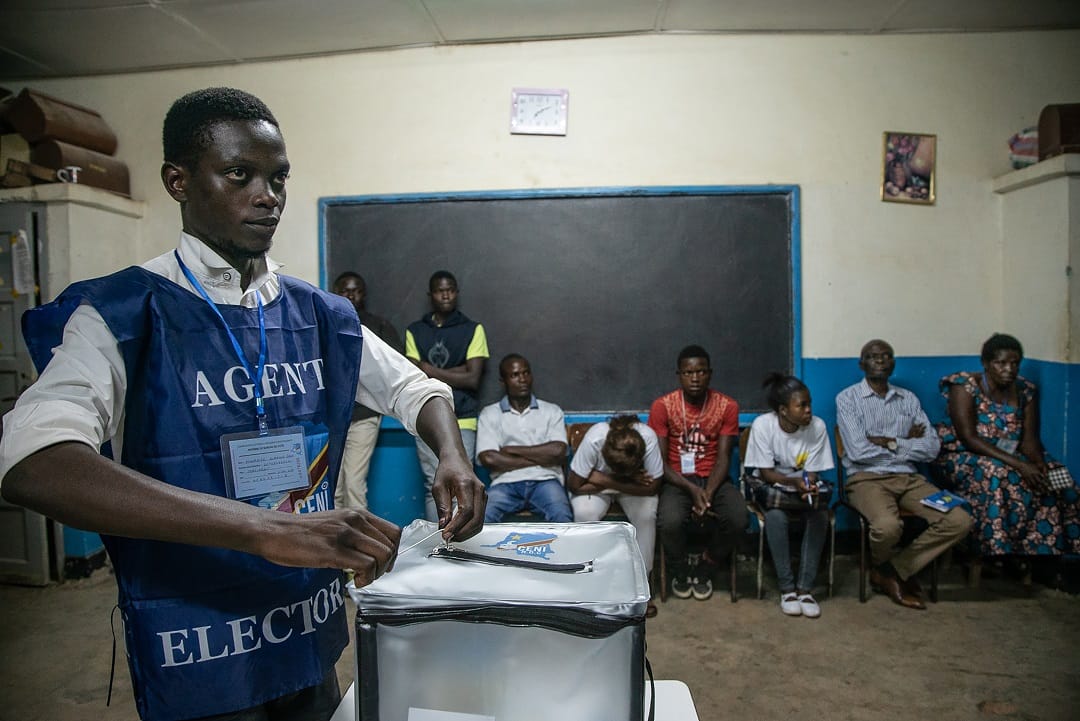 The Democratic Republic of Congo awaits the official results of 30 December 2018 elections, amid hints that unofficial numbers show an opposition presidential candidate winning. Conflicting tallies could spark violence. Outside powers should stand together in urging calm and careful verification of the electoral outcome.

The Independent Electoral Commission in the Democratic Republic of Congo will likely declare results of the 30 December elections this week. Already there are worrying signs of divisions among international actors, after a statement by the Catholic Church, which fielded the largest election observation mission, indicating an opposition victory. Failure to respect the electoral result would risk throwing the country into a major political crisis. If there are indications the electoral commission has attempted to manipulate results, international actors, starting with the UN Security Council which plans to meet on Friday, should call for thorough and credible investigation before those results are accepted as definitive. They must remain united in their response and, led by African powers, encourage the Congolese to undertake delicate negotiations to ensure a peaceful outcome that reflects the will of the people.

On Sunday 30 December, millions of Congolese voted to elect a new president and provincial and national lawmakers. Despite growing tensions over repeated delays and the unwarranted exclusion of around 4 per cent of the electorate, mainly in North Kivu province, the vote passed off in relative calm. Both the African Union (AU) and the Southern African Development Community (SADC), who fielded the biggest international observation missions, concluded the poll was adequately run despite some unrest and technical problems.

On 3 January, the Episcopal Council of the Congolese Catholic Church, known as CENCO, issued a statement based on information gathered by its forty thousand observers, present in many of the 75,500 polling stations, and on its parallel vote tabulation. The CENCO is widely regarded as credible in the DRC and has observed many previous elections. It stated that the irregularities and problems it had observed had not prevented the Congolese people making a democratic choice and that a single candidate had emerged as clear winner. CENCO is barred by law from naming a victor before official results are proclaimed, but in urging the largely government-controlled Independent Electoral Commission (CENI) to respect the vote’s outcome, it strongly hinted that the incumbent President Joseph Kabila’s preferred candidate, Emmanuel Shadary, had not won. Subsequent sources briefed by CENCO point to opposition candidate Martin Fayulu as the winner.

The split between CENCO and the ruling majority has left diplomats struggling to reach consensus.

CENCO’s calculation, if correct, could have far reaching consequences. Fayulu, a long-time opposition figure and former businessman, is backed by two exiled opposition heavyweights, Moïse Katumbi and Jean-Pierre Bemba. The government’s successful moves to exclude those two men from the presidential contest added to their already bad relations with those in power in Kinshasa, many of whom would expect a Fayulu presidency to look into their alleged past crimes and corruption. Indeed, for President Kabila and his close allies a Fayulu victory is the worst possible outcome; they regard the other main opposition candidate Felix Tshisekedi as more conciliatory. There is a real danger they push the election commission to engineer a result more to their liking.

The split between CENCO and the ruling majority (which has strongly criticised CENCO’s declaration) has left diplomats struggling to reach consensus. It threatens the international cohesion of the past twelve months which led to increased pressure on President Kabila and partly explains his August 2018 decision not to stand for a third term in office. Worryingly, the CENCO position is being portrayed by some in private as a “western” position, potentially playing into an unhelpful Africa versus the West narrative. The UN Security Council has been unable to agree upon a position. Its members and other international actors all concur that Congolese politicians should respect the election results. But they disagree over whether to put immediate pressure on the electoral commission, and by extension the government, by urging the commission to rapidly publish results and warning that it must respect the voters’ choice, or to give it the benefit of the doubt and allow it time to publish official results, thereby avoiding giving too much weight to the CENCO’s tallies. An important Security Council meeting has been pushed back to Friday in the expectation that the electoral commission will have declared results by then. It is foreseen that the council will be briefed by outside experts, including the CENCO and possibly regional actors – the AU and SADC – that observed the vote.

It is vital that the electoral commission declares the result of the election transparently.

The situation is tense. Internet communications are mainly suspended in-country and the Congolese rumour mill is generating unhelpful and polarising conjecture that feeds into the international debate. Many Congolese are caught between hope for change and uncertainty as to what will happen next. To encourage calm, all three candidates and their entourages must pass constructive messages of reassurance, urge supporters to remain calm, call for patience and avoid inflammatory statements.

It is vital that the electoral commission declares the result of the election transparently, and in enough detail for their conclusions to be verified, and if necessary challenged in the courts. Any attempt to manipulate results would likely generate enormous anger and potentially spark violence countrywide. On the other hand, many of those currently in power have much to lose in what could be a dramatic shift of fortunes. If Fayulu has won, it is important they receive assurances about their future to the extent possible so as to improve prospects of a peaceful transition.

International actors must remain steadfast in calling for the result to be respected. They should, however, resist drawing hasty conclusions that could widen international divides. Foreign powers must avoid splitting along pro-Kabila, pro-opposition lines, which would likely embolden each side just as delicate negotiations and signs of inclusivity and accommodation are needed. In this light, the Security Council meeting on Friday provides a crucial occasion for a display of unity. The council should call for calm and for all parties to respect the outcome of the vote. If the electoral commission declares a result significantly at odds with figures collected by the CENCO and other observers, including those of political parties, the council will have to call for a thorough and credible investigation before results are accepted as definitive. As they did in persuading Kabila to step down, African powers should again take the lead to help Congolese actors negotiate a peaceful outcome that respects the will of the people.