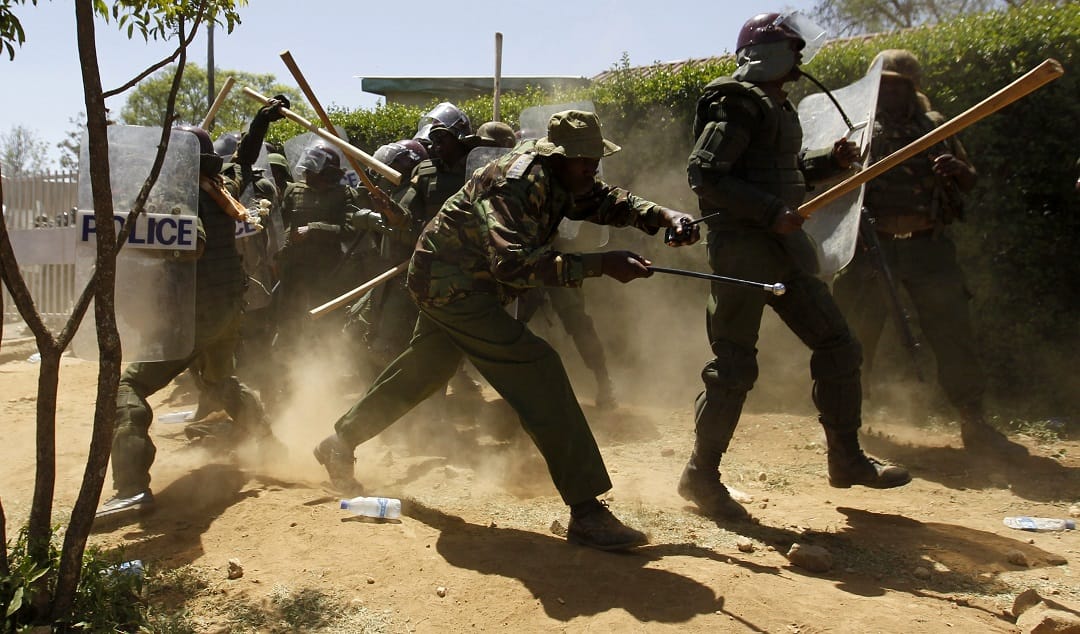 The stakes are high in contests for local power in Kenya’s August 2017 elections. There is still time for the government and international donors to help avert a replay of past electoral violence, notably by renewing support for local peace committees.

NAROK, Kenya – The county of Narok is one of Kenya’s most economically important regions, home to wildlife sanctuaries like the world-famous Maasai Mara reserve, vast agricultural plantations, and highways linking the East African coast to the interior.

Narok is also one of a number of Kenyan counties expected to witness heavily contested, potentially violent, local elections due in August under a system of devolved government that confers considerable power and resources to elected county-level administrators. 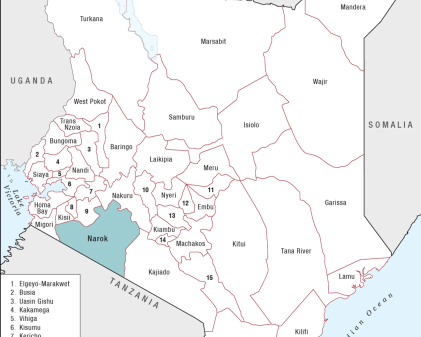 While a cut-throat competition for the presidency is garnering most attention, the subnational vote will be hotly contested and deserves more focus from the government and international partners. As a new Crisis Group report notes, significant violence could result from the political use of violence to influence county-level voting and acrimonious fallout from the winner-take-all polling for county governor position.

Kenya adopted a new constitution in 2010 as one response to the weeks of violence that followed the 2007 disputed presidential election. The fighting killed more than 1,000 people and displaced hundreds of thousands. The new constitution sought to substantially remodel the government and reduce the concentration of power and resources in the presidency. The aim was to distribute the patronage power presidents enjoy more evenly, and by that means end the all-or-nothing battles for national leadership that contributed to violent elections in the past.

The new constitution created and endowed 47 new counties as primary centres of devolved power run by elected governors and county assemblies. County administrations now receive at least 15 per cent of all national government revenue to run local affairs. The county chiefs appoint cabinets that are in charge of services, including basic education, healthcare, agriculture and local infrastructure maintenance. They control a budget of millions of dollars with wide remit to decide where to channel the funds.

Perhaps because Kenyan elites have now witnessed the considerable influence and patronage resources counties command, the 2017 polls are expected to be more hotly contested than in 2013. Many national figures, including former presidential candidates and at least half a dozen senators, are running to lead these governorates. With many counties divided along religious, ethnic and sub-ethnic lines, there are concerns that candidates will play the communal card and exacerbate tensions and political violence.

The storm clouds gathering over Narok are partly national. The county is a key battleground in the contest between the ruling Jubilee Party and the opposition National Super Alliance (Nasa). Both are investing heavily in the presidential and governorship races.

But the problem is also local. Kenya’s National Cohesion and Integration Commission (NCIC), a government agency promoting social harmony, has listed Narok as one of the counties vulnerable to an outbreak of electoral violence. A June 2015 commission communiqué cited “inequitable distribution of county resources, competition (for) scarce resources, cattle rustling and incitement by politicians” as destabilising factors here and in several other multi-ethnic counties in the Rift Valley and northern Kenya.

Numerous interviewees report political players are mobilising young people. A youth leader from the large Purko clan of the Maasai tribe told Crisis Group a victory for the incumbent would be “absolutely unacceptable”. Surrounded by other young men from the clan at a restaurant in Narok, he said, without elaborating, that the youth were working on an “alternative remedy” if they feel the election outcome does not restore leadership to their group.

For decades, Narok had been dominated by members of the Purko Maasai clan. But in 2013, three Purko candidates split the clan vote. That allowed Governor Samuel Tunai, a political newcomer, former civil servant and member of the minority Siria Maasai clan, to win on the ticket of the United Republican Party headed by Deputy President William Ruto. The result was viewed as a disaster by many local elites and described in apocalyptic terms as an “earthquake” and “tsunami” in national media.

Although many Kenyans think of Narok as a Maasai county, it is in fact multicultural with a complex history. The Purko are a storied branch of the Maasai community renowned for battlefield victories over rival ethnic groups and clans in the pre-colonial period. But they were settled in Narok after having become victims of mass displacement when British settlers seized their landholdings during the colonial period. Other Maasai clans were moved into districts in south-west Kenya. Since then, Narok has attracted substantial numbers of non-Maasai because of its ample land, large wheat and maize plantations, and location on key transport routes between the Indian Sea coast and Uganda, Rwanda and eastern DR Congo.

This diversity drives Narok’s county politics. The biggest non-Maasai group is the Kipsigis, a branch of the Kalenjin, Kenya’s third largest ethnic group. There are substantial numbers of Kikuyu, Kenya’s largest ethnic group, as well as Kisii, Luo, Luhya and other communities. It was an alliance of the Kipsigis and Kikuyu, working with smaller Maasai clans, that pooled the numbers to get Tunai over the line in 2013.

Losing power in the county triggered months of protests by Purko leaders. The agitation against the governor came to a head with a 25 January 2015 march seeking Tunai’s ouster. Running battles between the police and protesters resulted in two deaths and significant property damage in Narok town.

A key point of Purko contention is the sharing of local resources. The renowned Maasai Mara game reserve has long been controlled by local Purko elites. The Kenya Wildlife Service runs most game parks in the country, but the Mara is operated by the county, reflecting the fact that much of the park’s land was donated by far-sighted Maasai elders in 1961.

The Tunai administration has sidelined many of the Purko youth who previously worked in the park, local leaders say. “Before this administration came in, the Maasai Mara was entirely a local employment space”, said Kimaren Riamit, executive director of the Indigenous Livelihoods Enhancement Partners, a civil society group. “It’s true that there was some graft in management of the funds but at least the money circulated locally”.

Conservation politics are another source of grievance. Narok is home to the Maasai Mau “water tower”, the largest closed-canopy forest in Kenya and a vital source of rivers that feed the county. During the administration of President Daniel Arap Moi (1978-2002), thousands of farmers, many from Moi’s Kalenjin community, were settled illegally in the area. Deforestation diminished the Maasai Mau’s ability to absorb seasonal rains and then feed rivers for the rest of the year.

Conservation politics are another source of grievance

The Tunai administration has been accused of not pushing aggressively enough to oust beneficiaries of irregular land allocations, many of them from the Kipsigis community that helped him get elected. The Maasai have long bitterly protested these settlements, complaining about the long-term negative effects on the environment that threaten their economic lifeline as semi-nomadic pastoralists. “Maasais have preserved these forests for hundreds of years,” Joseph Siameto Pareyio, a Maasai elder, told Crisis Group. “There is a lot of bitterness about the destruction of this heritage to reward illegal political settlers”.

The third and most pronounced complaint is the dominance of “outsiders” (that is, non-Maasai) in local county administration positions. The governor cultivated his electoral coalition by handing many county jobs to members of other communities. A 2015 audit by the NCIC cohesion agency found Narok to be one of the three most inclusive counties due to the high number of individuals from different communities employed by the county administration.

However, many Purko see the governor’s strategy as marginalising them. “Devolution was designed to be a form of affirmative action that brings resources closer to the people”, Riamit said. “Locals feel short-changed. They are being sidelined while the minorities are happy. Jobs here are shared [evenly] between the communities. But why aren’t Maasais given the same jobs in the other counties where these minority groups hail from and where the dominant groups take 90-95 per cent of the jobs?”

Together with this complaint comes the question of electoral representation. A consistent issue that came up in interviews is the growing role of non-local communities in determining election outcomes by pooling their numbers to defeat Purko candidates, whose votes are often split among multiple Purko candidates.

The race for governor is expected to be a three-way affair. Tunai, will seek to defend his seat. He will be backed by the Jubilee party leaders, President Uhuru Kenyatta and Deputy President William Ruto. He will face two Purko contenders, despite the best efforts of elders to unite the clan behind one of their own.

Musuni ole Tiampati, who was endorsed at a gathering of Purko elders at the end of 2015 as the community standard bearer, will fly the flag of the Orange Democratic Movement and will receive strong support from opposition Nasa heavyweights, led by its presidential candidate, Raila Odinga. The Narok West MP Patrick ole Ntutu, also Purko, will run on the ticket of the Chama Cha Mashinani party that is headed by Bomet Governor Isaac Ruto, a challenger for the leadership of the Kalenjin to Deputy President Ruto (no relation).

The race for the Senate is attracting attention too, with media reports indicating a youthful Kipsigis candidate, Albert Kimingin, could benefit from divisions among several Purko candidates. A victory for him undoubtedly would deepen local grievances and heighten the danger of violent protests and inter-communal fighting.

Understandably, competition for the presidency has attracted the bulk of attention. But with a reformed constitutional order having raised the stakes at the local level, steps also need to be taken to help avert poll-related violence in Narok and Kenya’s many other ethnically divided counties.

Once the election is over, it will be time for the government to try to address persistent land issues, including by resolving boundary disputes at the root of tension in several parts of Narok, and halt the destruction of forests so vital for the county’s water supplies.