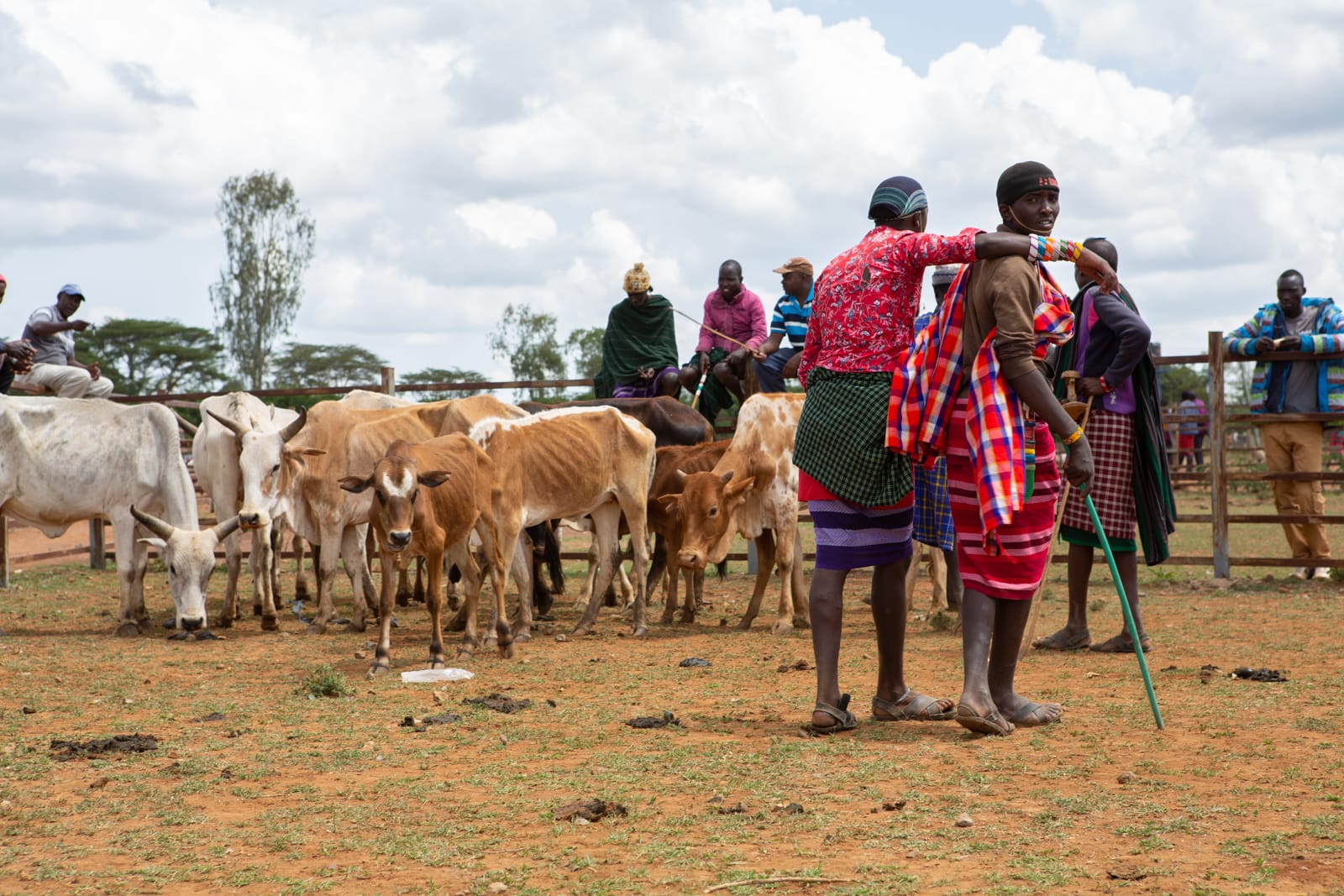 Climate change, politics and resource competition are colliding again in a deadly combination on Kenya’s fertile Laikipia plateau. When previous rainy seasons failed, in 2011 and 2017, herders from Kenya’s arid and semi-arid regions took their cattle to lush Laikipia, sometimes leading to violent clashes among rival herder communities or between herders, on one hand, and farmers and ranchers on the other. But the violence in 2022 has been particularly pitched, thanks in part to conditions that include a two-year dry spell (or four consecutive failed rainy seasons, the longest string in at least 40 years) and hotly contested national and local elections, scheduled for 9 August.

Some of the worst violence in recent years has centred around western Laikipia county, where the immediate trigger for fighting often involves cattle rustling by rival communities (mainly Pokot, Samburu and Turkana) or the movement by herders of their cattle onto private ranches, conservancies and cultivated land. The clashes have killed at least 35 people since September 2021 and the army has been deployed in the area.

The roots of this violence are multifaceted. Land in Laikipia has long been contested. Large conservancies and ranches, along with commercial farms, occupy thousands of acres of well-watered grassland. Local communities, whose forebears were displaced from those lands by British colonial authorities and post-independence elites, resent the capture of both land and water. Grievances over inequitable land ownership tend to escalate in election years, particularly when candidates encourage herders to send their cattle to graze on private ranches’, conservancies’ and farmers’ land in a bid to curry favour with the herders, even though this practice whips up local tensions. Kenyan police temporarily detained two local politicians for incitement in September 2021. While the charges were dropped for one of them, the other was charged again, for hate speech, in January 2022.

There is no relief in sight from the immense pressure on livelihoods created by the long drought. Forecasts predict a fifth season of poor rains later in the year. At the same time, food insecurity is rising, compounded by rising global food and fertiliser costs in the wake of the COVID-19 pandemic and the war in Ukraine.

The Conference of the Parties, the main decision-making body of the UN Framework Convention on Climate Change, will hold its 27th annual meeting in Egypt in November to discuss global efforts to combat climate change. The topic of climate security will not figure on the official agenda, but the situation in central Kenya highlights why it requires more political attention by illustrating how increasingly severe climate stresses and conflict risks feed off one another, magnifying the dangers of instability, climatic distress and violence.

We visited the Laikipia region in June. As shown in the following photographs, we talked with herders and farmers about the devastating drought, the loss of cattle, the violence in the area, intercommunal tensions and the forthcoming elections. 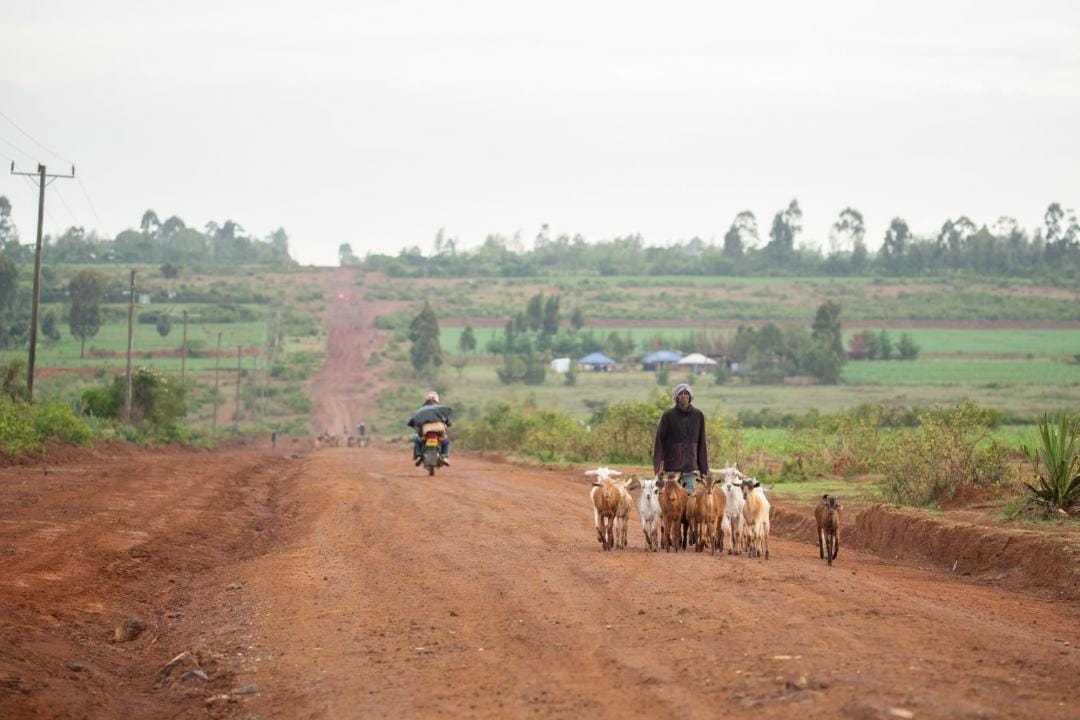 A pastoralist walks with a herd of goats near Ol Moran, where many recent attacks have occurred. The area hosts the headquarters of the Kirima sub-county, a new administrative area created in November 2021 by Kenya’s interior ministry to better tackle insecurity in the region. 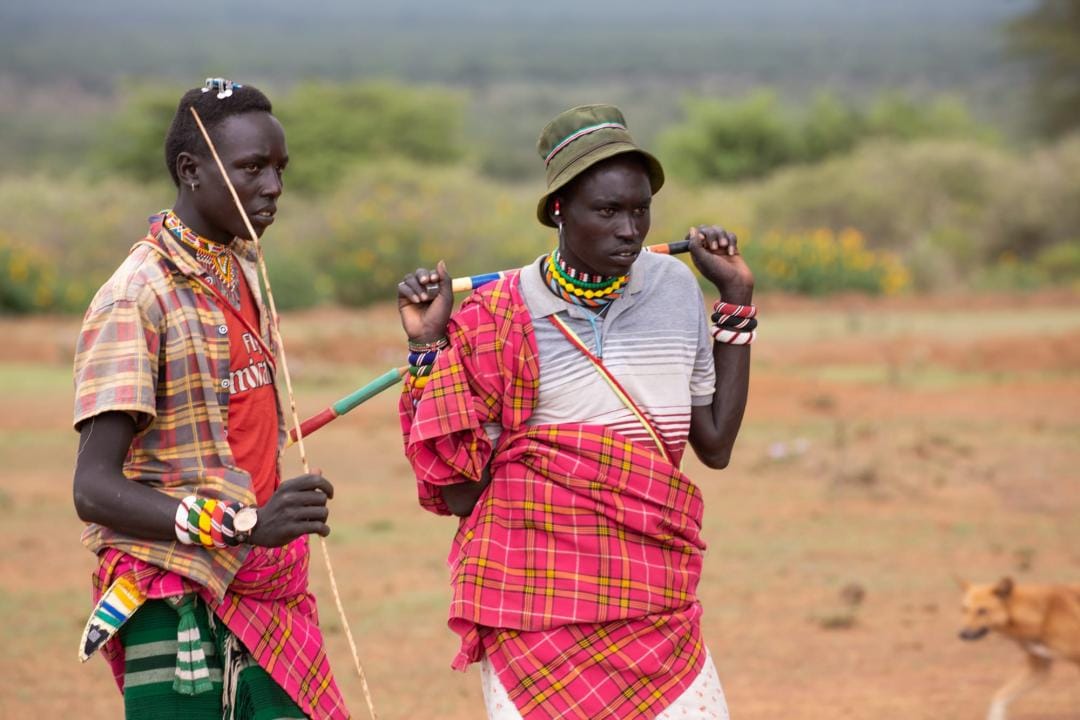 Two young Pokot men in Laikipia county. The Pokots are one of the many herder communities in Laikipia, along with the Samburu, Turkana and Maasai. With 1.5 million cattle having died in Kenya as a result of the latest drought, some communities resort to stealing cattle to replenish their herds. 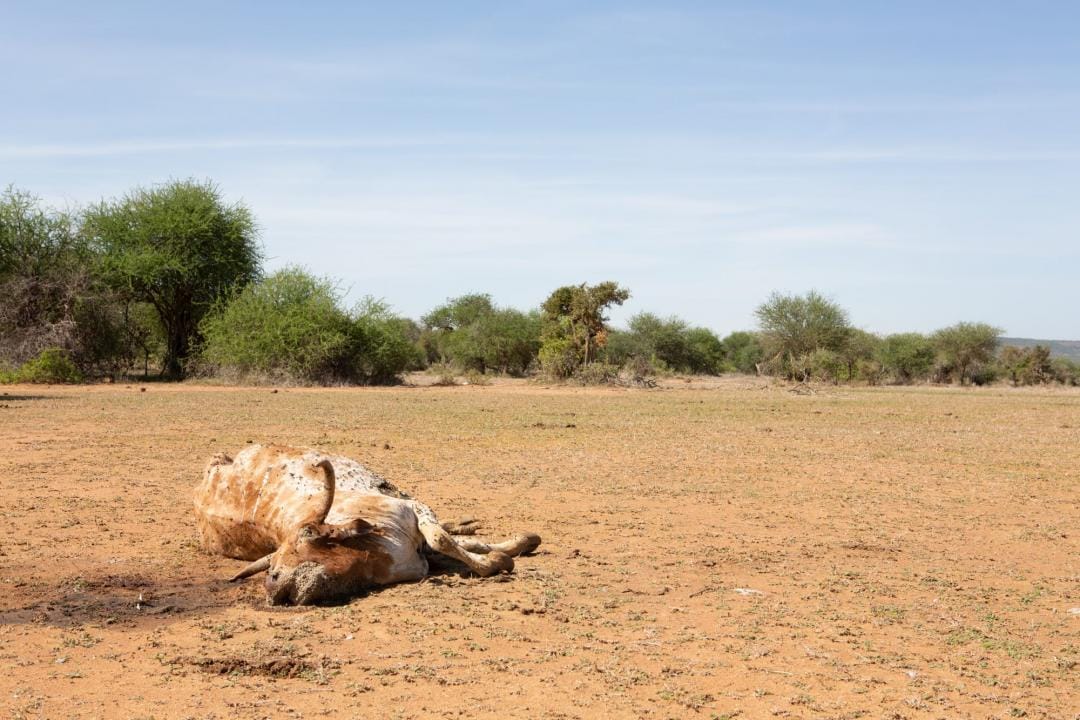 A dead cow lies near the Sosian conservation area, in Laikipia. A drought compounded by the fourth consecutive failed rainy season has killed at least 7 million animals in the Horn of Africa (including the 1.5 million cattle in Kenya), according to the UN Office for the Coordination of Humanitarian Affairs. 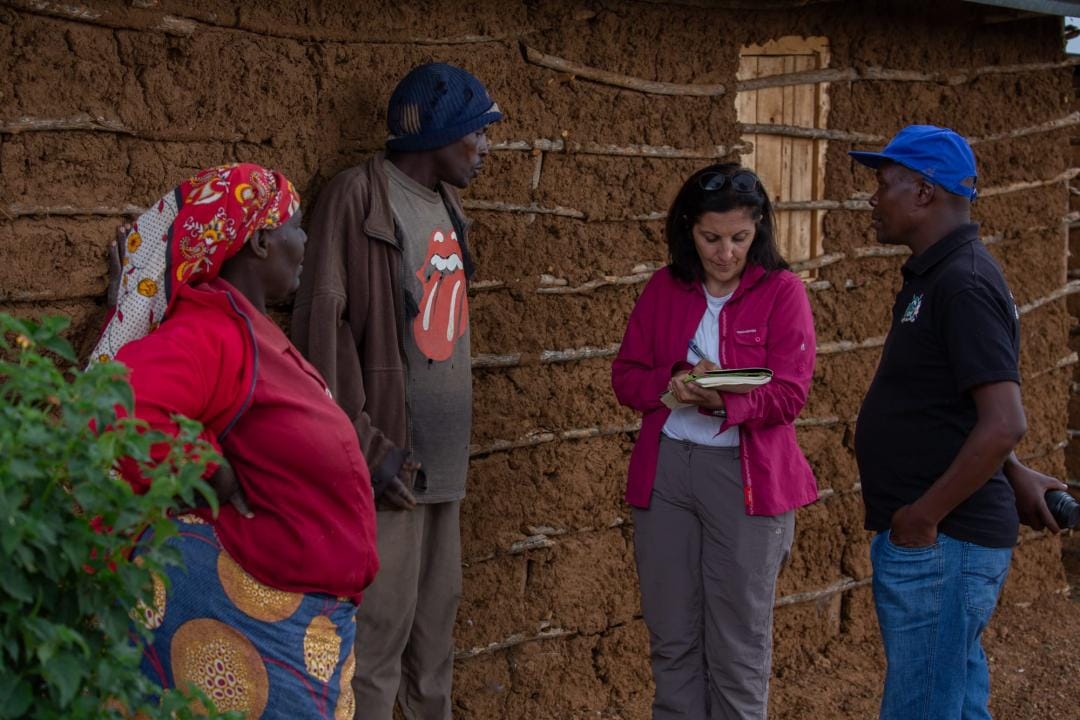 Nazanine Moshiri, Crisis Group’s Senior Analyst for Climate and Security in Africa, talks to farmers from the Kisii community in Ol Moran. 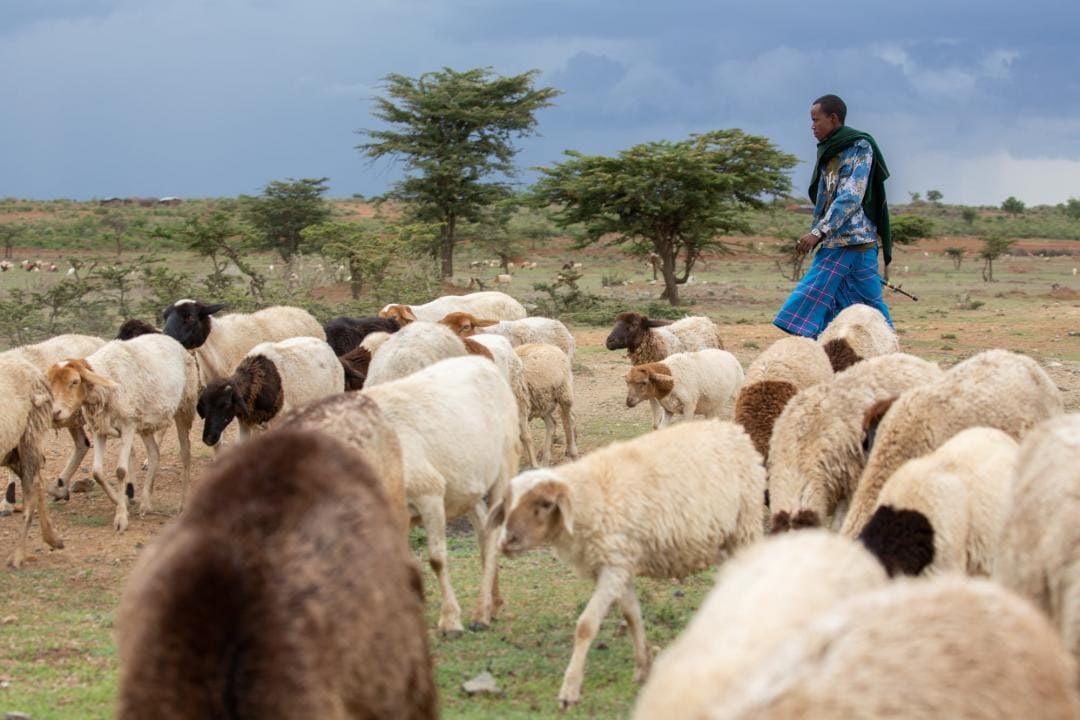 A Samburu herder takes his sheep to graze in the area of Posta, Laikipia county. The encroachment of large herds onto farms, private ranches and conservancies, sometimes encouraged by local politicians ahead of elections, has led to violence in some parts of the county. 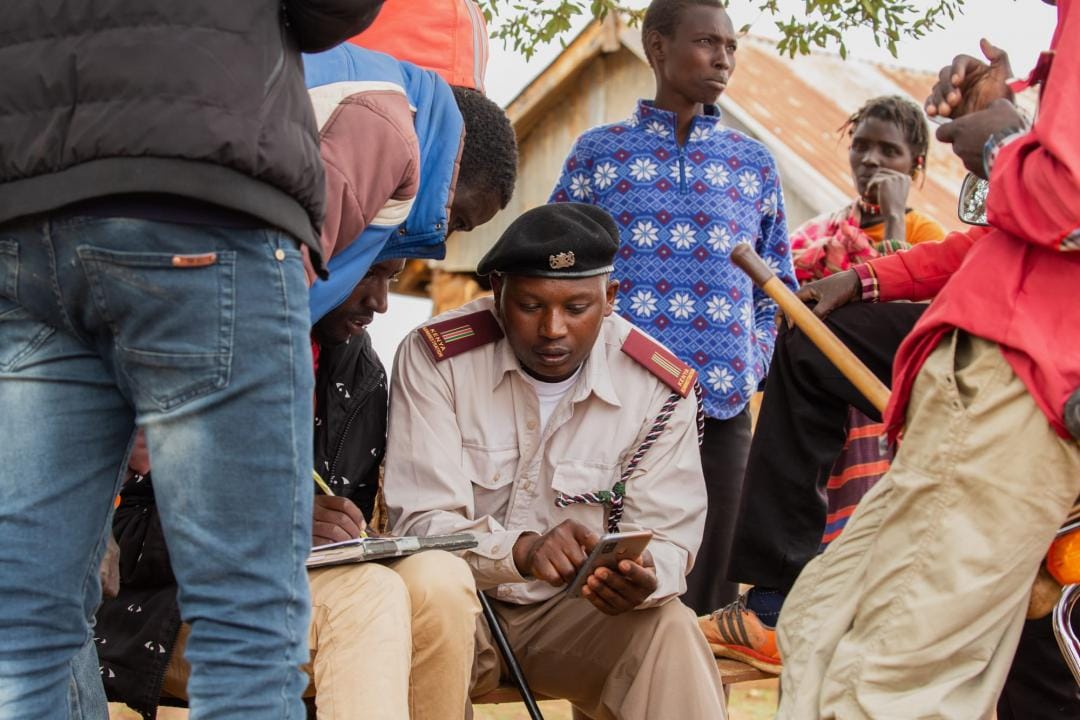 An assistant chief from the Deputy County Commissioner’s Office, David Ndung’u Wachira, explains to Pokot herders how they can register for a government program which offers temporary low-paid employment – in this case, rebuilding a local primary school in a violence-affected area. 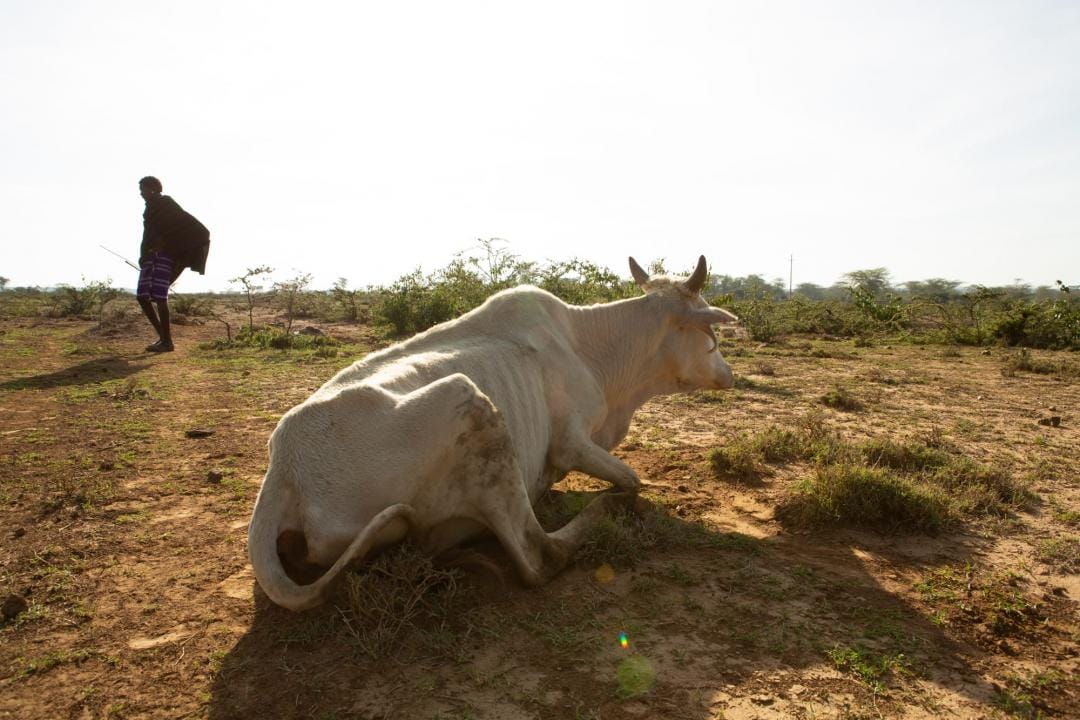 A young Samburu herder watches as his cow, starved and weakened, unsuccessfully tries to stand on her feet, in Rumuruti. 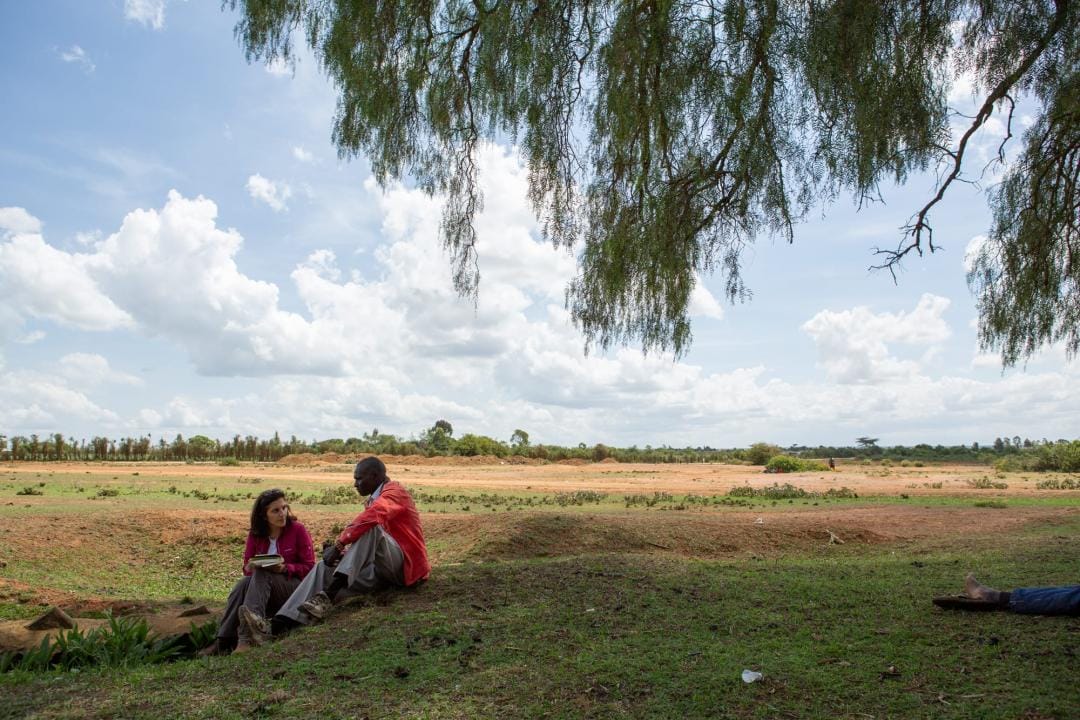 Crisis Group’s Nazanine Moshiri talks to Wilson Remoi, a Peace Elder from the Turkana community, in Ol Moran. As a Peace Elder, Wilson engages with the different communities in the region, focusing on the youth, to promote dialogue and peace rather than violence. He also helps negotiate the return of stolen cattle after raids as part of these discussions. 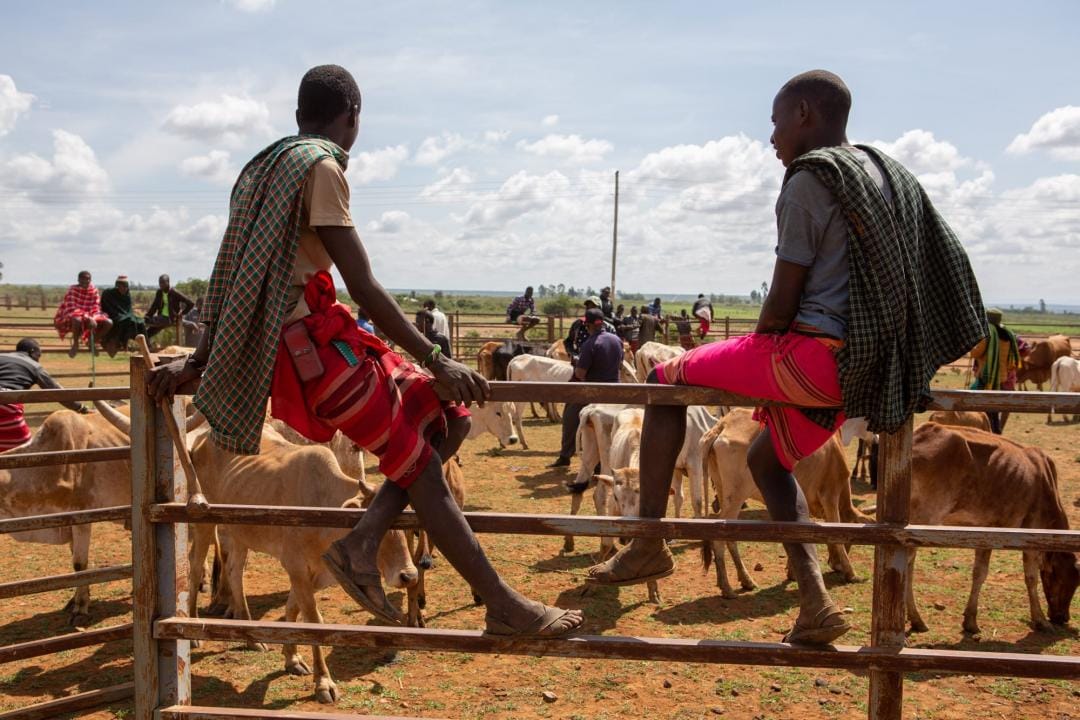 Two young Samburu herders sit on a fence at the cattle market in Ol Moran. 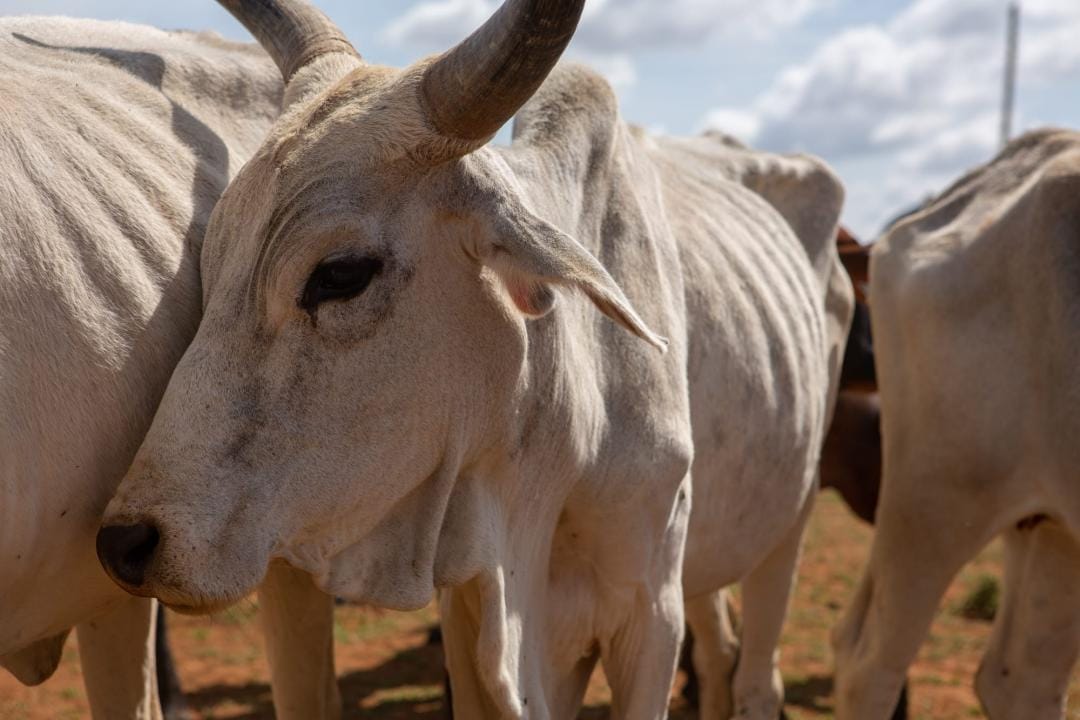 Cattle cluster together at a market in Ol Moran. With herders struggling to find pasture for their cattle, many goats, sheep and cows have lost weight and value. Herders at the market told Crisis Group that cows which previously sold for $200-300 are now fetching $40-60. 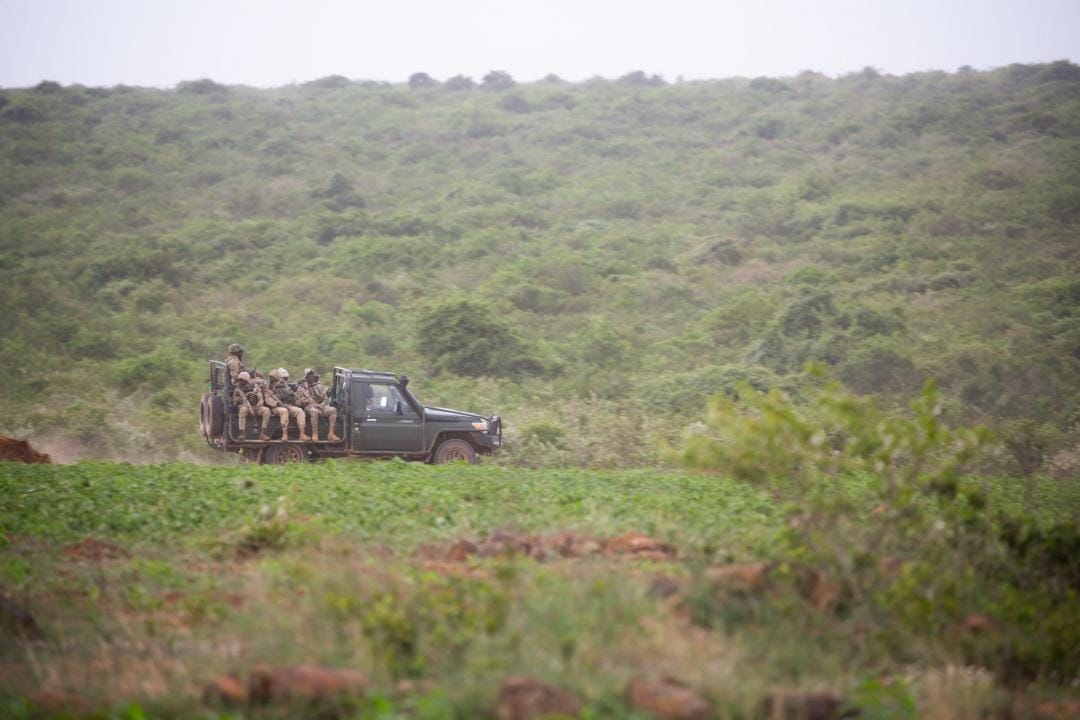 Kenya Defence Forces (KDF) personnel drive on a dirt road outside of Ol Moran. The KDF were deployed to the region after a flare-up of violence in September 2021.