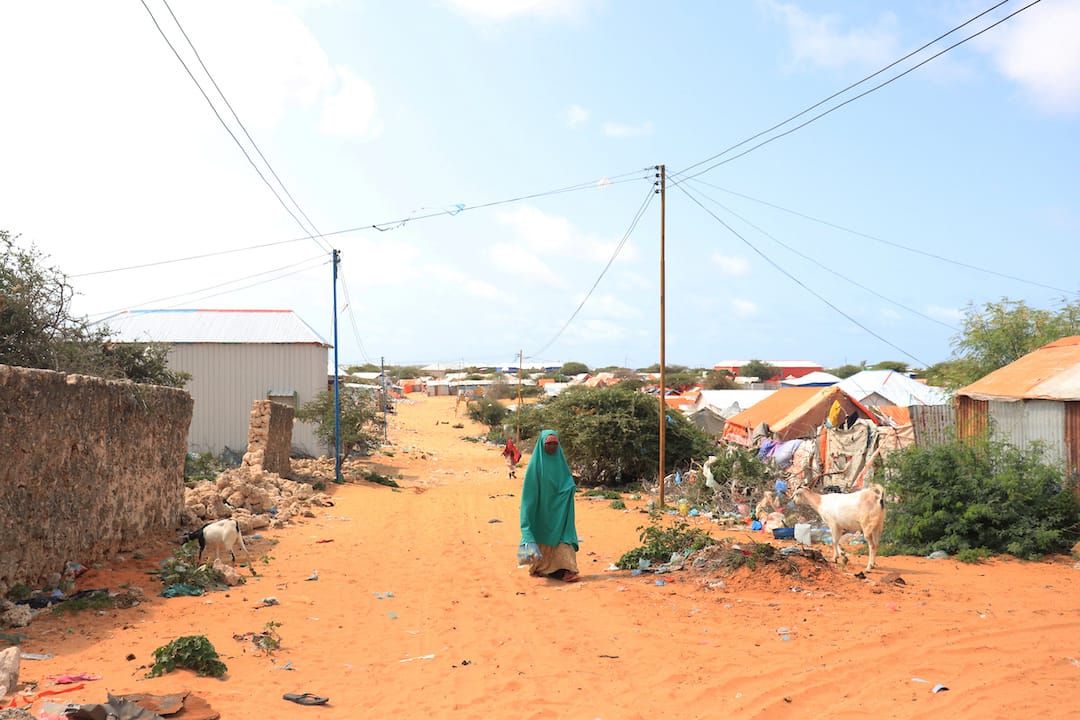 Political Turmoil ahead of Somalia’s Elections

Somalia is headed into an electoral season that promises to be heated. If not carefully managed, politicking could spiral into violence. In this excerpt from our Watch List 2020 – Autumn Update, Crisis Group urges the EU and its member states to press for implementation of consensus-based electoral model, provide technical assistance, and keep up assistance to the Somali security sector and the African Union’s peacekeeping mission (AMISOM).

This commentary is part of our Watch List 2020 - Autumn Update.

Somalia is headed into an electoral season that promises to be heated. If not carefully managed, politicking could spiral into violence. Centre-periphery tensions, which have grown markedly during incumbent Mohamed Abdullahi “Farmajo’s” administration, have cast a shadow over electoral preparations and doubt upon the prospects of a smooth poll. Parties made significant progress in the third week of September when they agreed upon the outlines of an electoral framework, but details remain unclear and timely implementation will be a challenge. With pre-electoral manoeuvring among the politicians dragging on, clan militias appear to be arming while Al-Shabaab militants seek to leverage the political bickering to their advantage. Averting trouble will require an inclusive approach by President Farmajo in particular, rather than a reversion to the unilateral decision-making that has marked his rule thus far.

To support Somalia at this critical juncture, the European Union and its member states should:

Somalia’s chronic centre-periphery tensions have been on vivid display in the tussle over electoral preparations, threatening to turn the vote into a trigger for a wider crisis. The constitution mandates that parliamentary and presidential elections take place by November 2020 and February 2021, respectively, but given delayed technical preparations, these timelines look increasingly ambitious. The key obstacle that blocked consensus for much of 2020 on the most divisive issue – the voting system for the forthcoming polls – is pervasive distrust between the federal government in Mogadishu and Somalia’s regions, or member states. Although that distrust has blighted Somali politics for years, the Farmajo administration has widened rifts with its often-combative approach to these relationships over the past three and half years, particularly its attempts to replace federal member state leaders.

The third round of direct talks in September 2020 over the forthcoming election did, however, yield a breakthrough, as President Farmajo and all member state presidents agreed to shelve one-person-one-vote elections in favour of an indirect voting system. Under the terms of the deal, delegates from different parts of the country will form electoral colleges that in turn will select parliamentarians. Parliament will then vote for the president. This is similar to the model used in 2016, albeit with a slightly expanded number of delegates, a provision aimed at addressing international demands to demonstrate progress toward eventual universal suffrage. This outcome, which effectively closes the door on a one-person-one vote election this time around, may disappoint many of Somalia’s external partners. But the reality is that political bickering among rivals and inadequate preparations meant that such a vote was unattainable in either 2020 or 2021. The Somali politicians who promoted it for the most part were more interested in extending their mandates with an election delay than making the country’s politics genuinely inclusive and participatory. The indirect voting system should allow the polls to take place in a more timely manner.

The agreement is a positive step but big challenges remain. The deal unblocks an impasse between the federal government and Puntland and Jubaland member states in particular, whose relations with Famajo are particularly strained and whose leaders boycotted a previous round of talks, accusing the president of not negotiating in good faith. Yet many details remain unclear and implementation within the given timeframes will be fraught. Mogadishu and member state leadership, in tandem with other stakeholders, still need to agree on the precise roles and responsibilities of the federal and state-level electoral bodies that will manage the election, on the final determination of voting locations in each member state and, perhaps most crucially, on the selection process for the electoral college delegates.

Still, the agreement charts a potential way forward to end the grinding political crisis over the vote. It also contains some progressive elements. The process by which delegates will be selected is yet to be finalised, with Mogadishu and member state presidents continuing discussions on the subject. But the newly agreed model hands civil society an enhanced role in electoral delegate selection – an improvement on past elections. It also envisages women constituting a minimum of 30 per cent of the electors. That said, the key test will be whether this provision will be implemented. In 2016, Somalia enacted a similar quota but ultimately fell well short of the threshold, as some regions failed to send sufficient female delegates.

Electoral preparations are taking place in a fluid and fraught security environment. In recent months, opposition to the Farmajo administration mounted, including among powerful clans whose leaders suspected the incumbent planned to put off elections in order to extend his administration’s mandate. Concrete evidence is hard to come by, but Mogadishu residents told Crisis Group that clans in the capital have been arming themselves in case disputes over the polls escalate into violence, portending a return to the clan-based fighting that damaged the country so badly in the 1990s. Major groupings like the Mudulood, part of the Hawiye clan – one of Somalia’s most politically dominant – have held large conferences warning about the possibility of delays in the electoral calendar. In principle, the recent electoral agreement should diminish such tensions, but delays in implementation would give them oxygen.

For its part, Al-Shabaab’s Islamist insurgency has stepped up its attacks, a sign of its ability to exploit political infighting in the capital. Al-Shabaab’s burst of activity is all the more concerning given that AMISOM is scheduled to hand over primary responsibility for the country’s security to Somali agencies by the end of 2021. The insurgents seem to be preparing for a scenario of prolonged electoral standoff – Crisis Group interviews indicate that the group has recently established new training camps and launched recruitment campaigns. Already, the group has hit Mogadishu hard, including a siege at the Elite Hotel on 16 August, when it conducted the first complex attack in Somalia’s capital in 2020. There have been at least eight suicide attacks in the city since June. Al-Shabaab has also stepped up violence in such outlying areas as Gedo, Lower Juba, Bay and Mudug.

The potential for clan-based opposition and the Al Shabaab campaign present clear challenges in the run-up to the elections. The risks are high that Somalia could descend into further conflict should the electoral process be mismanaged.

What the EU Can Do

The EU has long championed efforts to stabilise Somalia and deepen state capacity in the country. Today, pressure from Somalia’s partners, including the EU, but also the UN and U.S., appears to be the main factor keeping electoral discussions on track. Following the broad agreement on the electoral model, Brussels should urge the federal government and member states to embrace the same spirit of consensus as they discuss details on electoral management. In order to keep the elections on track, the EU should lean on Farmajo and all the member state presidents to speedily implement the electoral agreement.

The EU should continue to provide technical assistance to support discussions over implementation.

The EU should continue to provide technical assistance to support discussions over implementation. Both the federal government and member states harbour concerns about possible manipulation of voting procedures. The selection process of electoral college delegates by elders, civil society and member states will be highly contentious: whoever has influence over these delegates will be well positioned to choose the next president. The EU can press Somali politicians to use methods that reduce the potential for corruption in the selection process, such as ensuring civil society can play the envisaged oversight role in delegate selection, and developing clear and timely dispute resolution mechanisms to address grievances around that selection. The EU should also push for Somalis to fulfil the quota of 30 per cent woman electors this time around.

Security is also key, especially as the number of voting locations in Somalia will expand. The EU has extended support for AMISOM until December 2020. This step is welcome, but present trends indicate Somalia will still need security assistance in the aftermath of the elections. The EU will thus need to renew its funding for the mission throughout 2021.

Somalia-Somaliland: A Halting Embrace of Dialogue