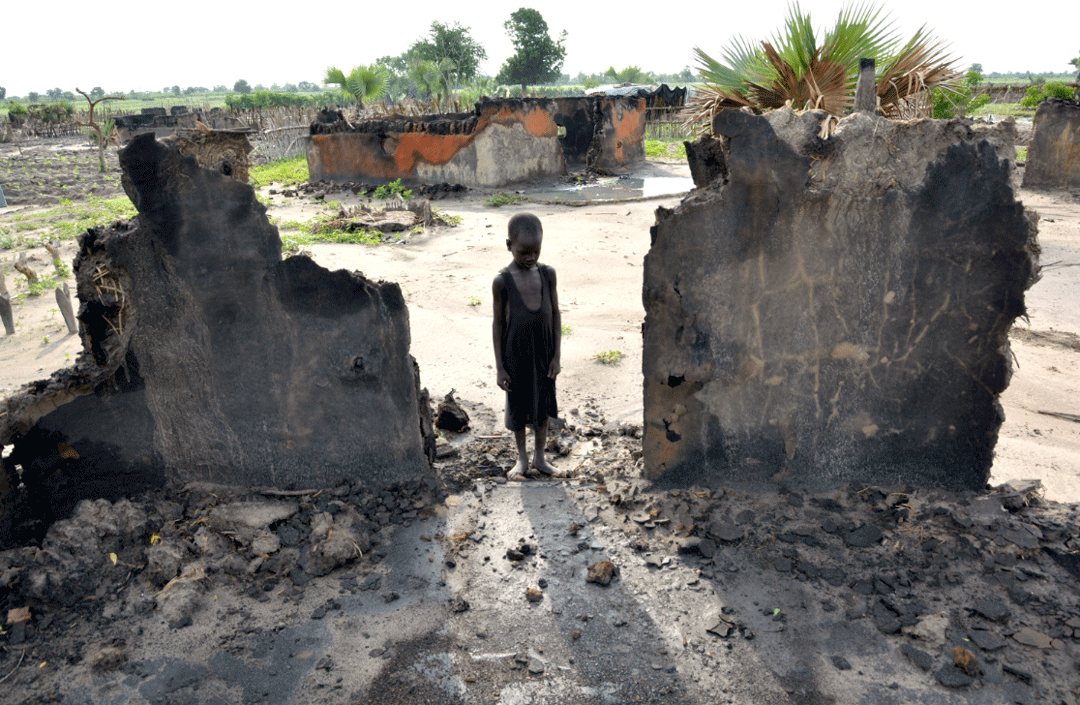 For more than eighteen months, the Intergovernmental Authority on Development (IGAD), the regional body mediating peace negotiations to end South Sudan’s civil war, has struggled to secure a deal in the face of deep regional divisions and the parties’ truculence. To overcome these challenges, it announced a revised, expanded mediation – “IGAD-PLUS” – including the African Union (AU), UN, China, U.S., UK, European Union (EU), Norway and the IGAD Partners Forum (IPF). The initiative is designed to present a united international front behind IGAD to the warring sides but so far it has failed to gain necessary backing from the wider international community, much of which is disillusioned with both IGAD and the South Sudanese. Rather than distance itself from IGAD, the international community needs to support a realistic, regionally-centred strategy to end the war, underpinned by coordinated threats and inducements. Supporting IGAD-PLUS’ efforts to get the parties’ agreement on a final peace deal in the coming weeks is the best – if imperfect – chance to end the conflict and prevent further regionalisation.

South Sudan’s war has brought underlying regional tensions to the fore. It is part of yet another chapter of the historic enmity between Uganda and Sudan, while rivalry between Uganda and Ethiopia over their respective influence on regional security has coloured the mediation process. Ethiopia, Kenya and Sudan have dedicated envoys mediating the process while Uganda is only involved at the IGAD heads of state (HoS) level. Kampala’s military deployment in support of Juba creates facts on the ground and precluded it sending an envoy to the talks, while Addis Ababa seeks to control the mediation and eventual balance of power in the region. One of IGAD’s achievements has been to manage these tensions, thus contain the conflict, but rivalries prevented the HoS from agreeing on final aspects of power-sharing and security arrangements, enabling the warring parties to continue without agreeing.

Three major factors limited IGAD’s mediation and remain a challenge: 1) regional rivalries and power struggles; 2) centralisation of decision-making at the HoS level and related lack of institutionalisation within IGAD; and 3) challenges in expanding the peace process beyond South Sudan’s political elites. Following the oft-violated January 2014 Cessation of Hostilities agreement, the HoS mediation strategy focused on deploying a regional force to create conditions for peace negotiations. When the wider international community stymied the prospective regional force and the situation stabilised by June 2014, leaders could not overcome their divisions to agree on an effective alternate strategy. This undermined the IGAD special envoys, and the warring parties opted instead to engage directly with individual HoS in a series of initiatives in Kampala, Khartoum and Nairobi. IGAD itself had little leverage. For example, despite public threats, the warring parties understood some member states were reluctant to support sanctions, repeatedly called IGAD’s bluff and refused to compromise.

IGAD is important as a forum to regulate the regional balance of power, but it needs high-level support if the region is to reach a unified position on peace. IGAD-PLUS should become a unifying vehicle to engage the ever-shifting internal dynamics in South Sudan more effectively and address the divisions among IGAD members that enable the parties to prolong the war. In particular, the AU high representative might lead shuttle diplomacy within the region to gain consensus on the way forward. A dedicated UN envoy for South Sudan and Sudan should represent the UN in IGAD-PLUS and coordinate the various UN components’ support to the process.

IGAD-PLUS is the proposed bridge between an “African solution” approach and concerted high-level, wider international engagement. If it is to overcome the challenges that bedevilled IGAD, its efforts must be based upon regional agreement and directly engage the South Sudanese leaders with greatest influence through both pressure and inducements. To end this war, a process is needed that seeks common ground, firmly pushes the parties to reasonable compromises, builds on rather than is undermined by the Tanzanian and South African-led reunification process within the Sudan People’s Liberation Movement (SPLM, the dominant political force in South Sudan), and whose outcome is guaranteed by IGAD, the AU, the U.S and China. The coming weeks will require concerted international action, coordinated with IGAD, to take the final, necessary steps to secure an agreement. Failure to do so will lead to further violence and fracturing in South Sudan and leave the region without an effective mechanism to mediate its own internal divisions, with devastating consequences for the people of South Sudan and the region.

Up Next
Op-Ed / Africa

South Sudan’s fortunes have always been tied to its oil. The discovery of oil in the late 1970s deepened tensions between the South Sudanese and the regime in Khartoum and fueled violence after the outbreak of Africa’s longest-running civil war as both sides vied to control the region’s oil fields.

Oil then laid the groundwork for South Sudan’s secession. A landmark 2005 peace deal granted Juba half of the South’s oil revenues, pumping billions into the new semi-autonomous government.

But the sudden wealth gravely compromised the country’s stability. By 2013, only two years after independence, the elite scramble for South Sudan’s oil riches helped trigger a fresh war that may have killed 400,000 people while displacing millions.

Nowadays, despite a 2018 peace agreement and a government of national unity, Juba’s monopoly on oil revenue obstructs a broader political settlement the country desperately needs.

South Sudan’s leaders siphon off the bulk of the petrodollars, leaving much of the population starved of basic services and, in some parts of the country, on the brink of famine.

Pervasive corruption has become a huge source of frustration for donors, including the US, which allocates a billion dollars a year primarily to sustain humanitarian relief. South Sudan produces roughly 150,000 to 170,000 barrels a day. But because of the share owed to oil companies and fees paid to Sudan, it earns income from 45,000 barrels at most, according to the best estimates available. Little of that income reaches the national budget due to off-budget expenditures, undisclosed debt payments, and allocations to its opaque state oil company Nile Petroleum.

Those who still support South Sudan cannot ignore its rotten finances. Since oil underwrites the entire South Sudanese state, addressing the country’s deep troubles is impossible without a focus on its vanishing petrodollars. A first step in this direction is making the oil economy more transparent, not only in South Sudan, but also in Europe, host to many of the country’s commercial financiers.

Despite staggering poverty and underdevelopment, South Sudan qualified as a middle-income country at its birth thanks to its oil wealth. But instead of serving as a foundation for state-building, oil poisoned South Sudan’s politics. Before independence, rebel commanders enriched themselves through a mix of taxation, aid diversion, artisanal gold mining, deforestation, and outright looting. This culture of illicit self-dealing quickly came to resemble a free-for-all when the 2005 peace agreement unlocked billions of petrodollars.

After independence, oil money papered over the South’s ethno-political divisions until President Salva Kiir moved to consolidate power, tightening his grip on oil funds in the process. Only two years after secession, a leadership struggle between Kiir and internal challengers, led by his main opponent Riek Machar, burst into a civil war that drained state coffers, with oil production decreasing because of the conflict.

To stay afloat, South Sudan turned to a handful of commodity traders to purchase future deliveries of oil, including Swiss-Singaporean Trafigura, which bought South Sudan’s oil through secretive pre-payment arrangements. These high-interest cash advances worked like the petrostate equivalent of a payday loan scheme, piling up debt while hiding South Sudan’s finances ever further from sight.

Back to the books

South Sudan’s future would appear less bleak if the countries that foot the bill to alleviate the country’s humanitarian disaster focused on making sure Juba accounts for its oil revenue.

Donors should make a concerted effort to push Juba to comply with existing laws and provisions in the 2018 peace agreement to ensure that oil proceeds are paid into a single public oil revenue account. One source of leverage is through the IMF, which has given South Sudan $550m in the past year but with few strings attached. The IMF should condition future disbursements on the exclusive use of the public oil account.

Outside pressure on Juba should be supplemented with pressure on South Sudan’s financiers. European governments should urge trading companies with a strong corporate presence in Europe to disclose their payments to South Sudan and demand the funds be deposited into the official oil account.

They should also consider drafting regulations requiring commodity firms under their jurisdiction to certify compliance with South Sudan’s law. This could work. Following engagement by the UN Panel of Experts on South Sudan, Glencore has disclosed purchasing $950m of South Sudanese oil since 2018. Additional leverage could come from widening the regulatory net to the commodity firms’ insurers and bankers, many of which are also in Europe.

Declining output and global decarbonisation mean that South Sudan will not be in the oil business forever, and given the trouble it has caused there, the transition may provide as much opportunity as risk. Still, bringing the oil money back onto the books of the national budget could at least give the South Sudanese a chance to reset their bloody politics now, not when the oil pumps stop.