This slideshow accompanies the report Sudan’s Spreading Conflict (III): The Limits of Darfur’s Peace Process, the third report in a series that analyses the roots of the conflicts in Sudan’s peripheries.

The war in Darfur started more than ten years ago and continues to affect civilian populations within western Sudan as well as in neighbouring states, including Chad and the newly formed South Sudan. 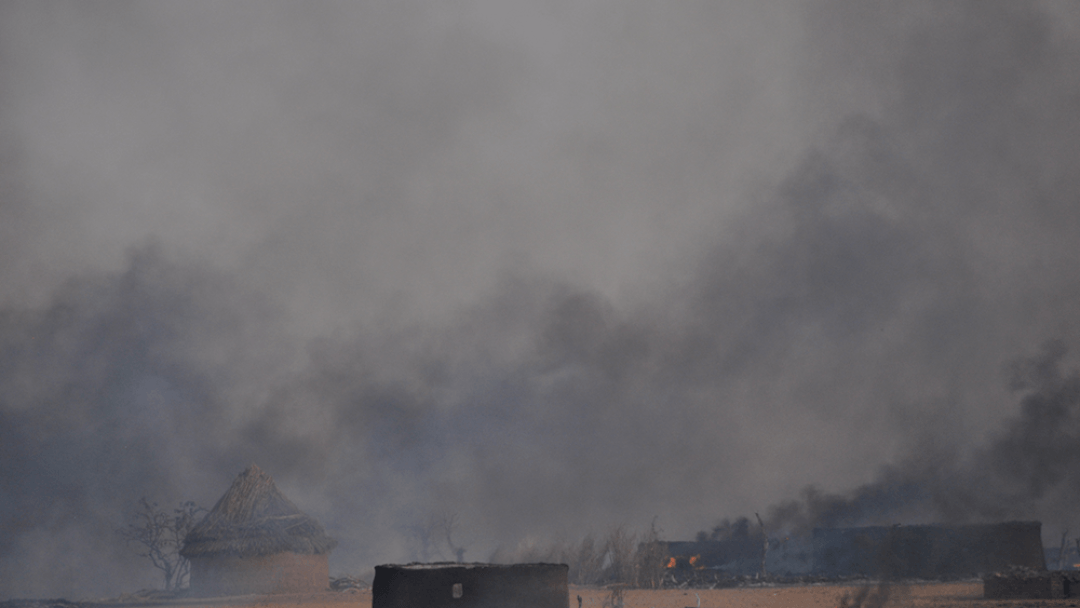 Up Next
Report / Africa

If Darfur is to have durable peace, all parties to the country’s multiple conflicts need to develop a more holistic means of addressing both local conflicts and nationwide grievances.

The violence in Darfur’s decade-old war spiked in 2013, as the mostly Arab militias initially armed by the government to contain the rebellion increasingly escaped Khartoum’s control and fought each other. Recent fighting has displaced nearly half a million additional civilians – in all 3.2 million Darfurians need humanitarian help. The Doha Document for Peace in Darfur (DDPD) signed in Qatar in 2011 is largely unimplemented, notably because it was endorsed by factions with limited political and military influence, blocked by the government and suffered fading international support. The main insurgent groups remain active, have formed an alliance that goes beyond the region and increasingly assert a national agenda. If Darfur is to have durable peace, all parties to the country’s multiple conflicts, supported by the international community, need to develop a more coherent means of addressing, in parallel, both local conflicts and nationwide stresses, the latter through a comprehensive national dialogue; eschew piecemeal approaches; embrace inclusive talks; and recommit to Sudan’s unity.

The roots of the conflict, especially unequal relations with the centre, are similar to those of civil wars that other Sudan peripheries have experienced, in particular now independent South Sudan but also South Kordofan and Blue Nile states. Successive peace talks and agreements between government and rebels try to address grievances in similar ways, promising greater representation, including for rebels, in government and security forces and better distribution of the national wealth, but implementation is flawed. While causes are recognised as national, solutions are not.

The government signed the DDPD with the Liberation and Justice Movement (LJM), an umbrella group of rebel splinter factions, but follow-through was only partial, mainly by giving government positions to LJM members and supporters. With the country in economic crisis since South Sudan’s separation, Khartoum’s ability and willingness to fulfil its financial pledges to Darfur have been limited. Security arrangements, particularly disarmament and integration, have stalled over LJM’s highly inflated troop numbers, as well as government reluctance and incapacity to disarm militias that are increasingly beyond its authority and fighting among themselves.

Because the DDPD was rushed to conclusion, it was to be open to renegotiation so the main rebel groups could join, but this was repudiated by the government and joint African Union (AU)-UN mediation, which were not ready for further concessions and sought more support for the agreement by splintering the rebels. The main Darfur groups allied with the Sudan People’s Liberation Movement-North (SPLM-N) fighting in South Kordofan and Blue Nile. The umbrella Sudan Revolutionary Front (SRF) now carries out joint military operations in Kordofan (closer to Khartoum than Darfur) and demands national transformation. Internationals have largely not taken account of the new reality. Instead of working cohesively on a national approach, many still support piecemeal solutions. The UN and AU threaten Darfur rebels with sanctions for not joining the DDPD, even as they ostensibly agree a comprehensive approach is needed. As its main institutional achievement, the Darfur Regional Authority (DRA), expires in less than two years, the DDPD is no longer attractive to the main rebels.

Even though the government is distracted by its economic crisis, and the international community is focused on the civil war in South Sudan, there is present need to resolve the contradiction between the piecemeal and comprehensive approaches to peace in Darfur, to look at what is local and what is national and should be transferred to a more comprehensive process. Since mid-2013, the new joint chief mediator and head of the UN African Mission in Darfur (UNAMID), Mohammed Ibn Chambas, has shown willingness to do so, but he lacks a clear mandate to reply to the rebels’ increasingly national demands.

The AU High-Level Panel led by former South African President Thabo Mbeki described the conflict in 2009 as “Sudan’s crisis in Darfur”, but that approach was abandoned due to expediency and absence of Sudanese government support. The scope and agenda of the Doha process remained unclear. While trying to limit negotiations to local issues, the DDPD included provisions that only made sense if discussed and implemented nationally, such as governance reform, more equitable sharing of power and resources and affirmative action to reduce the socio-economic gap between the centre and peripheries.

Such issues are important to the Darfur rebels who joined the SRF, and they offer opportunity for a peaceful national dialogue, if the rebels are included in it and possibly in a transitional government as well. The ruling National Congress Party (NCP), of course, needs to be part of the process as well; President Omar al-Bashir is a key to how comprehensive and ultimately successful it might be. If they agree to radical reform, the international community can help by offering incentives, provided Bashir and the NCP meet specific, irreversible benchmarks, such as those Crisis Group set out as early as 2009, and verifiably continue the transition process.  This might defer the legal process underway to determine whether Bashir is responsible for atrocity crimes, but would be necessary to end decades of chronic conflict – and perhaps save Sudan’s unity. It would, therefore, be the exceptional situation for which Article 16 of the Rome Statute of the International Criminal Court was devised.

This report continues a series analysing Sudan’s spreading conflicts. Many of the recommendations in its two 2013 predecessors, as well as an earlier 2012 report that likewise argued for broad national dialogue and reforms, are similarly relevant for solving Darfur’s chronic conflict, the dynamics of which are more than local.