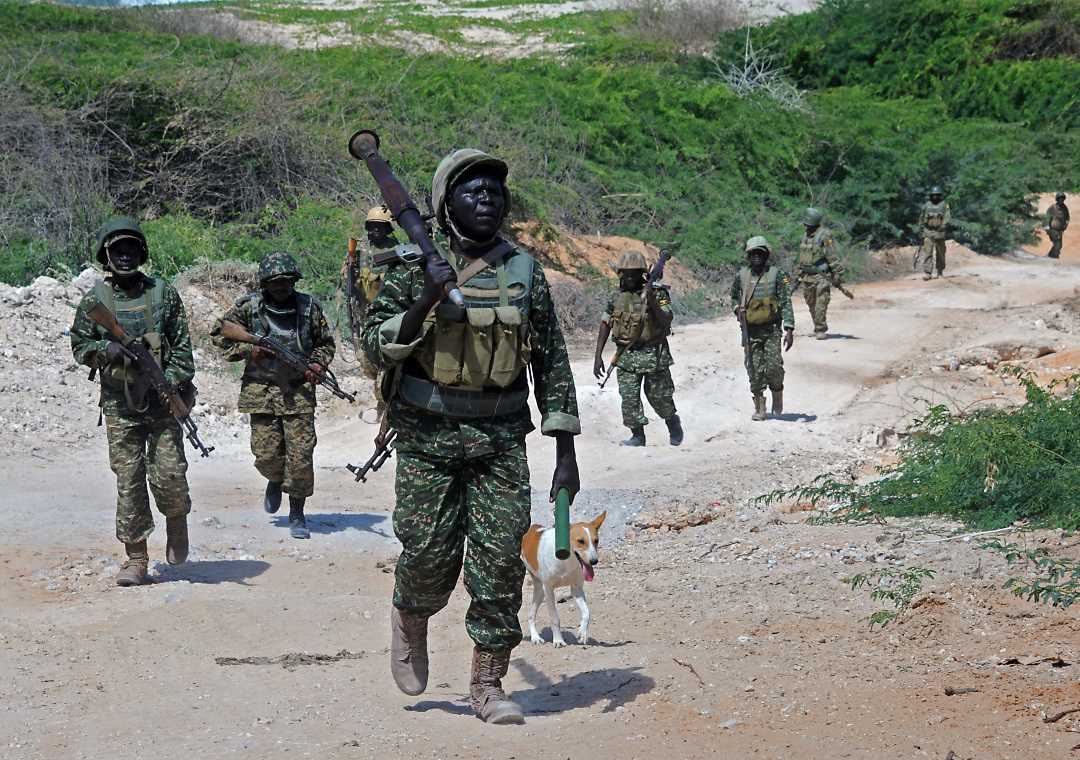 On 10 November, Crisis Group’s President & CEO Comfort Ero spoke to the UN Security Council about stabilisation and counter-terrorism missions on the African continent.

Thank you, Mr. President. And thank you to Chairperson Faki for his remarks.

Crisis Group is an international conflict prevention organisation that has long had a special focus on Africa. I was director of our Africa Program from 2011 to 2021. The issues before us today are, therefore, of particular interest both to me personally and to Crisis Group.

Crisis Group has published analyses of the African-led stabilisation and counter-terrorism missions under discussion today, including the G5 Sahel regional force and the Multinational Joint Task Force in the Lake Chad basin. A year ago, we published a briefing on the African Union stabilisation mission in Somalia, reflecting on the Security Council debates of the time.

We have focused on these missions for three reasons.

First, we believe that conflicts involving non-state armed groups – including jihadist groups – will be a source of instability in Africa for some time to come.

Secondly, we assess that robust, African-led missions are well positioned to counter these threats, but that they can only be effective if they are properly and reliably resourced.

Like it or not, the best way to resource these missions is through some sort of UN mechanism

Thirdly – and perhaps provocatively in the context of this debate – Crisis Group also believes that these stabilisation missions alone cannot stem the threat of non-state armed groups.

There is a role for the use of force against jihadists ... But those operations must be subordinate to a political strategy.

There is a role for the use of force against jihadists. The military operations that come as part of robust stabilisation and counter-terrorism missions are a crucial component of any effort against such groups. But those operations must be subordinate to a political strategy. They should be part of a broader set of responses, including projects to provide basic services and better governance to populations in areas where non-state armed groups have gained influence.

And at times, although it is hard, that political strategy must contemplate engaging in dialogue with non-state armed groups – often seen as a taboo – to resolve both humanitarian and political issues.

I will return to this call for dialogue at the end of my remarks. But let me first make the case for supporting regionally led stabilisation operations to counter non-state armed groups.

The case for investing in stability in Africa hardly needs repetition here. The continent is now the centre of civil wars in the world. Jihadist groups are often actors in those wars.

Non-state armed groups and jihadist organisations both fuel and profit from these conflicts, building power bases in places where state control is minimal or non-existent due to violence.

Jihadists have tended to gain strength in places where the state has collapsed, often moving in to exploit opportunities in existing war zones.

In some cases, notably Mali, the Security Council has sent blue helmet peacekeepers as part of the response to such threats. But UN peacekeeping forces are not designed or equipped to fight extended counter-terrorism campaigns, as we have seen in Gao and Kidal.

Such operations are not formally part of blue helmets’ mandates, but often other components of the mandate – such as civilian protection – inevitably entail confrontation with militants.

As Crisis Group has recently argued, this Council should do a serious stock-taking of whether UN forces like MINUSMA are fit for purpose in such cases.

But if blue helmets cannot do the job, who can?

But if blue helmets cannot do the job, who can?

African-led stabilisation operations are at least one potential answer.

As Crisis Group noted one year ago, African Union (AU) forces in Somalia can claim some success in the battle against the Al-Shabaab jihadist group.

Between 2011 and 2012, and at great cost in Ugandan, Burundian, Kenyan and Somali partner forces’ lives, the African Union Mission in Somalia (AMISOM) “ended Al-Shabaab’s formal control of Mogadishu and Kismayo, the country’s second-largest city, prised swathes of territory out of militants’ hands and provided much-needed security for two electoral cycles”.

We can now add that Somalia’s most recent electoral process was also a success. It is hard to imagine that vote happening without the AU mission holding the line against Al-Shabaab.

But missions of this type often face challenges. These include not only tough opponents, but also tense relations with the national governments and local populations they aim to assist.

Yet one of the most serious headaches for missions of this type is “donor fatigue”.

When African officials and military planners look at how to tackle non-state armed groups in cases like the Sahel and Somalia, they don’t just have to think about threats on the ground.

They also have to worry about whether the partners who back their missions will keep providing the necessary financial and other resources they need to deliver on their mandate.

That makes medium- and long-term planning that is crucial for such operations very difficult.

Policymakers in countries – often but not only in North America and Europe, and often members of this Council – that fund these missions face a mirror image of the same problem.

For these donors, it is hard to assess whether the resources they offer will have a real impact.

In the case of Somalia last year, Crisis Group looked at both African and Western perceptions of stabilisation operations in the country. We found that European donors in particular appreciated the risks African troops took, but feared they were funding “an expensive status quo”.

Missions authorised by the African Union [must be offered] more systematic and predictable funding, to allow them to plan, operate and deliver better.

So, it behooves this Council to ask how to offer missions authorised by the African Union more systematic and predictable funding, to allow them to plan, operate and deliver better.

Many studies have concluded that the only really credible option is a mechanism to enable the Security Council to direct UN assessed contributions to African-led stabilisation missions.

Crisis Group agrees with this analysis – although in every individual crisis and conflict, both the UN and AU will need to explore if an African-led mission is the right operational choice.

In 2020, Crisis Group published a report reviewing these debates. As we recognised in that report, entitled The Price of Peace, there are numerous obstacles to establishing a solid mechanism for channelling UN funding to African-led operations. Cash is not the only issue.

The UN and AU still have a lot of work to do to define the rules that would govern the political oversight of future UN-funded African-led peace operations, the mechanisms for assessing their operational performance and accounting procedures to oversee their finances.

As Crisis Group argued in 2020, it is time for UN and AU representatives to engage in a serious joint effort to work out answers to questions about how UN-AU funding will work.

I want to close by reminding you that we cannot address the challenges of non-state armed groups and jihadist movements in Africa with technical fixes alone. And we cannot and should not ask Africa’s soldiers to try to solve these problems through military means alone.

But it’s rare – in fact, so far unheard of – that military operations alone can defeat movements that are quite deeply entrenched in parts of society, if not necessarily popular.

The question is: what can we do to complement military operations?

Let me leave you with three points:

But it also encourages the UN, AU and other African actors – above all national and local actors – to keep an open mind about talking to precisely those groups, an approach, notably, that authorities in countries such as Niger have publicly adopted in recent months.

That may seem provocative and, perhaps, contradictory.

I agree that it may be provocative. But I do not think it is in fact contradictory.

The conflicts that destabilise several African regions are not only about counter-terrorism. They are often rooted in concrete grievances with state authorities and elites who live in distant capitals and whose level of public legitimacy is dismal. The use of force should always be part of a wider political strategy. That is true from the Sahel to the Horn, and wherever non-state armed groups exist.

I hope this debate will be an opportunity to think about how to get that balance right in each case.

Priorities for the UN’s New Agenda for Peace