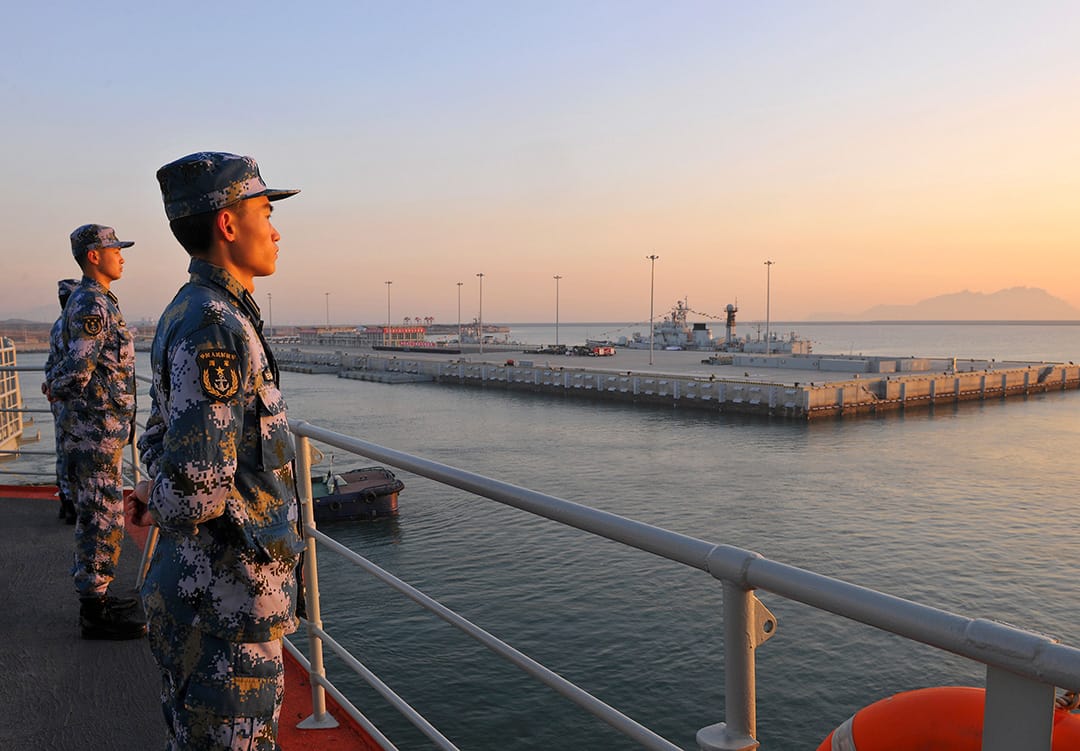 Chinese naval soldiers stand guard on China's first aircraft carrier Liaoning, as it travels towards a military base in Sanya, Hainan province, in this undated picture made available on 30 November 2013. REUTERS/Stringer
Impact Note / Asia 30 November 2015

One of the unique aspects of International Crisis Group’s field reporting is that our analysts are able to travel between and talk to all parties directly or indirectly involved in a conflict or dispute. Their level of trust and access to government and non-government actors only grows as these visits are repeated, and as our reports are pub- lished. Confidence builds in our impartiality, transparency, and dedication to writing down and explaining the views of each side.

This can even be the case in major, long-running disputes between powerful states, as our China analyst Yanmei Xie discovered as she began making the rounds of the main countries locked in a vicious circle of claims and counter-claims over maritime boundaries in the South China Sea. Her goal was to develop and promote Crisis Group’s suggested regional approach, which proposes collaborative responses to the inevitable friction caused by China’s strategic and economic growth.

Increasingly, Chinese officials would tell her something of what they really thought, for instance that they found defending some of China’s more maximalist positions difficult. 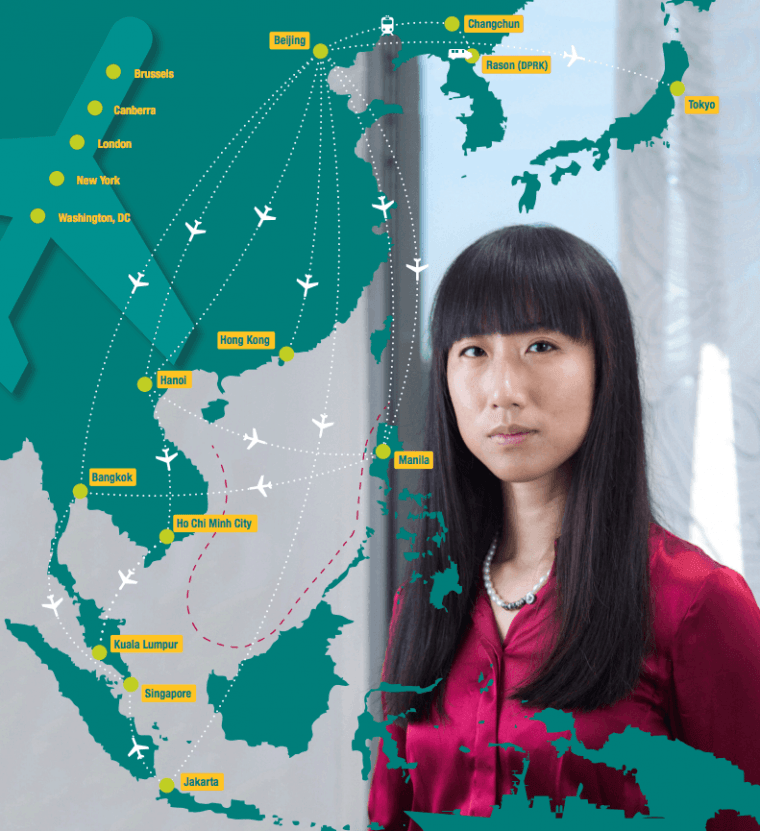 As a Mandarin speaker and author of respected analyses on Chinese issues, based in Beijing and crisscrossing East Asia during her field research, Xie had already established an unusually close dialogue with officials of China’s foreign ministry, security agencies and cabinet. Increasingly, Chinese officials would tell her something of what they really thought, for instance that they found defending some of China’s more maximalist positions difficult. One said he felt like he was “dancing with ankle chains”

For their part, diplomats and analysts from states like Philippines, Vietnam, Singapore or Indonesia told her they often felt frustration because their Chinese counterparts could never unwind enough from their large delegations and nationalist policies to find common grounds for progress. “Even after a couple of drinks, we’re still getting the official line”, one told Xie. “It is very refreshing and encouraging to hear from you the behind-the-door debate taking place in China instead of believing that China’s mind is set to dominate the region”, said another.

Xie’s Chinese interlocutors learned to their surprise a more nuanced explanation of the Philippines’ views, and she was asked to provide analysis and recommendations to facilitate their effort to discreetly engage Manila.

Not surprisingly, when our analyst returned to Beijing, she found even more interest among Chinese officials in hearing about what the region really thought. Her reports, non-papers and policy recommendations  were reportedly incorporated into internal memos and passed formally up the line. Contrary to China’s long-held belief that Manila is “a running dog of the U.S. and not worth engaging”, her Chinese interlocutors learned to their surprise a more nuanced explanation of the Philippines’ views and policies toward China.

In return for this new input, she elicited more Chinese ideas on what could be agreed to ease tensions in the South China Sea. For instance, she learned of Beijing’s desire to discreetly engage Manila and was asked to provide analysis and recommendations to facilitate the effort. Based on this information, analysis and recommendations,  analysts from China’s intelligence agency reportedly suggested that the government take advantage of the November APEC summit in Manila 2015, to resume engagement and seek understanding on maritime disputes with the Philippines. “The reports received quite a bit of interest and attention in Beijing”, one intelligence analyst told her.

The same was the case further afield when our analyst briefed EU officials on the South China Sea. It turned out that a casually dropped hint our analyst had heard in Beijing had, for one of the European diplomats, provided a vital signpost for the EU to pursue its diplomacy along a hitherto unexplored avenue. Similarly, in her research and advocacy trip to Washington she met with senior State Department diplomats before they traveled to ASEAN and underscored the recommendations  in our series of reports on South China Sea

A casually dropped hint our analyst heard in Beijing provided a signpost for the EU to pursue its diplomacy along a hitherto unexplored avenue.

Crisis Group publications also played an important role in shifting attitudes. Shortly after our 7 May 2015 report Stirring up the South China Sea (III): A Fleeting Opportunity for Calm was published, Japan’s defence minister on 30 May made his country’s first public call for regional states to “actively promote joint exercises using CUES (Code for Unplanned Encounters at Sea)”, echoing one of the report’s key recommendations.  Xie followed up with two articles for regional media about the disconnect between Beijing and Washington DC. These were republished around the world – including a version for Financial Times China in Chinese that was read by by more than 50,000 people.

With Crisis Group increasingly being seen as source of clear new ideas on the maritime dispute – and trusted thanks to the fact that it answers to no national interest – Xie was invited to Bangkok to speak at a symposium for officials on “what the international community could or should do to influence the main actors and reduce tensions” in the South China Sea. The event is attended by senior-level foreign and defence ministry officials from the ASEAN (Association of South-East Asian Nations) Regional Forum member states, and co-chaired by the U.S., New Zealand and Thailand. She spoke on the absence of a regional crisis management mechanism to prevent and mitigate incidents at sea, and provided technical recommendations on establishing one. The delegate from the Chinese defence ministry asked her for the text of her speech afterwards. An Australian delegate called her recommendations “refreshingly practical”.

In short, the energy of an analyst like Xie, closely collaborating with Crisis Group’s policy-shaping  expertise, provides all kinds of decision-makers with additional channels of information and missing pieces of the puzzle. The added value is not just experience, analysis and recommendations.  Researching and writing our reports involves a continual testing of ideas that is an engaged, powerful form of advocacy. Open conversations with all sides also allows an analyst to develop a language that takes all parties into account.

Crisis Group analysts are not mediators, and have no “position” beyond the goal of preventing deadly conflicts. But the reports in which we record what we learn are sometimes only the public and visible part of what we do. In the South China Sea, as in many other crises, Crisis Group supplies an indispensable high-grade oil that can make the wheels of diplomacy turn more smoothly.