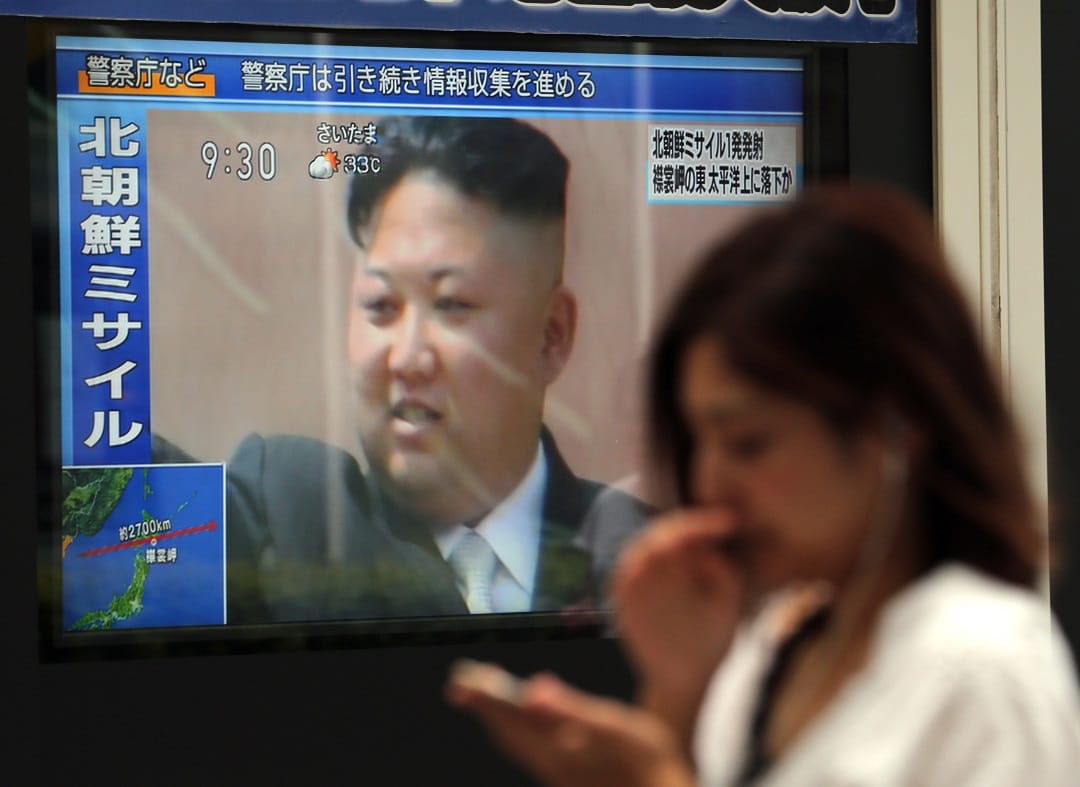 North Korea’s launch of a missile over Japan was irresponsible – yet it was more of a carefully calculated risk than a reckless gamble. Pyongyang’s goal is not a shooting war but to build up military and nuclear capabilities that serve strategic aims of survival and force protection.

North Korea’s launch of a missile over Japan early on Monday morning was certainly irresponsible. But for Pyongyang, it was more of a carefully calculated risk than a reckless gamble. It is the latest step in a strategy aimed not to get into a shooting war but designed to build up the nuclear and missile capabilities that the regime firmly believes it needs.

A potential nuclear power firing missiles is of course enough to put the world on edge – and possibly provoke retaliation. Even mainstream U.S. commentators such as Council on Foreign Relations President Richard Haass are now suggesting that Pyongyang’s apparent irresponsibility is so great that it undermines faith in deterrence as a strategy and turns “a preventive strike [into] a serious option, notwithstanding its high risks and potential costs”.

Indeed, things could have gone very wrong if the missile had failed over Japan – even if it had failed over North Korea itself. The rocket was fired from the vicinity of Sunan International Airport, a mere 24km from Kim Il-sung Square in central Pyongyang, so had to travel across much of North Korean territory en route to the East Sea/Sea of Japan. That it appears to have been fired over the Tsugaru Strait that divides the northern island of Hokkaido from the main island of Honshu somewhat reduced risk of casualties, but that is of little comfort. In the end, while the gambit paid off, it once again reminded the world of the North Korean government’s indifference to the value of civilian lives – both Japanese and that of its own people – even if that has not been in doubt for decades.

The reaction from the Japanese government reflected that sense of alarm. It hosted a press conference to convey the message of a crisis under firm control even as the country’s largest broadcaster, NHK, cancelled all programming and talked non-stop about missiles for more than three hours. Had the missile fallen on Japanese territory, no matter how sparsely populated, Tokyo would have had to respond. The ensuing escalatory dynamic might well have led to a wider – if unintended – conflagration involving the U.S. and South Korea at a minimum.

The rocket launch was almost certainly part of a coldly thought-out strategy, carefully calibrated to spur anger and gain attention but – as long as it worked as intended – avoid incurring a military response.

It is however important to remember the context surrounding North Korea’s missile ploy. Its heedless nature aside, the rocket launch was almost certainly part of a coldly thought-out strategy, carefully calibrated to spur anger and gain attention but – as long as it worked as intended – avoid incurring a military response. While it had earlier threatened to fire a cluster of missiles into the waters off Guam, that was always more of a theoretical threat, never terribly likely to happen. By aiming its fire in a less provocative direction, Pyongyang believed it was sending a message of comparable range and execution without crossing an irreparable line. Given what was said about Guam, the regime could ill-afford to do nothing, particularly in light of U.S.-South Korean military exercises that, as Crisis Group anticipated, routinely prompt a North Korean response; instead, Pyongyang demonstrated its willingness to take risks as a way to keep pushing its demands forcefully onto the global agenda.

In this context, crossing Japanese airspace at this particular time served North Korea’s purposes. It raised the international visibility of this act of defiance, bringing to mind North Korea’s first major missile launch on 1 September 1998, which also crossed Japan on its way into the Pacific. Now, as then, Pyongyang has offered no reasonable explanation for the chosen path of the launch, claiming it was a reminder of the Japan-Korea Annexation Treaty, which came into force on 29 August 1910. At the same time, by doing so amid the South Korean-U.S. military exercises that finish on Thursday, Pyongyang was giving China and Russia ready-made arguments for why any resulting UN Security Council statement should strike some balance – unanimously condemning the missile launch as "outrageous" while also urging a “peaceful, diplomatic and political” solution rather than a military one.

Heightened tensions, as often is the case, are helpful for the North Korean regime.

Heightened tensions, as often is the case, are helpful for the North Korean regime. In this sense, U.S. Secretary of State Rex Tillerson’s recent praise for its “restraint” hardly was welcome to Pyongyang’s ears. For this threatened to ease the focus on Korean Peninsula events well before North Korea was ready to walk back from the precipice.

The most important question now is how international actors should react. The strong response from the Security Council was a step in making clear to Pyongyang that it cannot intimidate the rest of the world.  But it also is important to understand that North Korea felt the need to undertake this test not merely for political reasons, but because its list of strategic goals includes deployment of credible, tested missile delivery systems at some point in the future. Given the apparent inability of outsiders to divert it from this course, at least at an acceptable price, the best immediate approach would be to ensure that any such eventual deployment does not significantly alter the strategic calculus in North East Asia in a way that weakens the U.S.-South Korean alliance or strengthens North Korea’s belief that it can plausibly hope for reunification of the peninsula on its own terms. It certainly would not be to rule out talking to Pyongyang, as President Trump carelessly tweeted. There is space to both contain and negotiate with a nuclear and missile-armed North Korea, odious as that sounds, and much of our collective energy must now be directed toward that end.