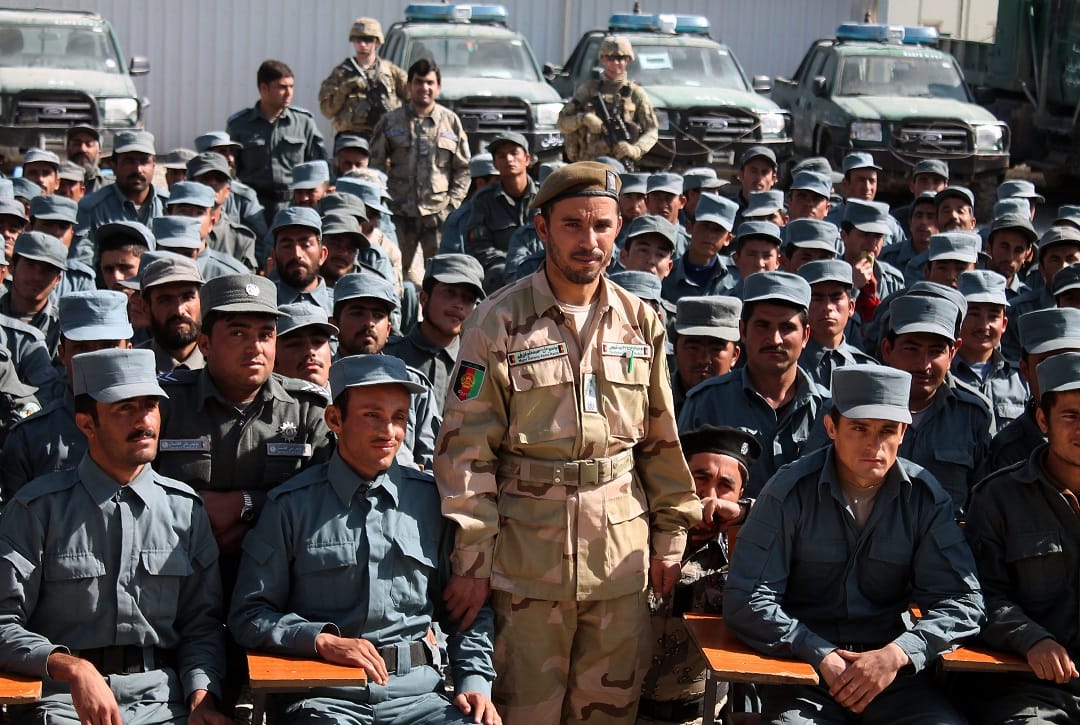 The Taliban have claimed the assassination of an influential Afghan police chief and another official in an attack that narrowly missed the head of U.S. forces. Senior Analyst Borhan Osman and Consultant Graeme Smith explain the repercussions for political stability in southern Afghanistan.

At least one gunman attacked a gathering of Afghan and U.S. officials inside the Kandahar governor’s compound on the afternoon of 18 October. The shooter, believed to be one of the governor’s guards, killed the most powerful man in southern Afghanistan, Kandahar Police Chief Abdul Raziq. The provincial chief of the National Directorate of Security, the Afghan intelligence service, was also killed. Kandahar Governor Zalmai Wesa was wounded but survived. The NATO-led mission said that three of its personnel were wounded but that the top U.S. commander in the country, General Austin Miller, who was in the meeting with Raziq, escaped unharmed. The Taliban claimed responsibility for the attack and insurgent social media praised the perpetrator, who was also killed.

Why does this matter today?

General Miller and his team were visiting Kandahar to discuss security arrangements ahead of the 20 October parliamentary elections. Raziq was critical to the plan to secure the vote, which involved the deployment of thousands of police and soldiers to guard polling centres across southern Afghanistan. The day after the shooting, the Afghan government announced that voting in Kandahar province would be delayed for a week. Whenever the vote goes ahead, the chaotic aftermath of this incident could make it easier for the Taliban to disrupt the elections. The Taliban abstained from violence across most of the south and south east to allow voting during the 2014 elections but have threatened attacks on this year’s parliamentary elections. The Taliban statements in recent weeks and their flurry of outreach efforts with community leaders all point to a greater emphasis on disrupting this year’s election. Ten candidates have been killed so far, although not all of them by Taliban insurgents. The most prominent attack happened earlier this week when a bomb at a campaign rally killed Abdul Jabar Qahraman, a former security advisor to President Ghani (the Taliban claimed that strike). Further attacks are expected as voting goes ahead in other provinces tomorrow.

The chaotic aftermath of this incident could make it easier for the Taliban to disrupt the [upcoming parliamentary] elections.

How close was the U.S. general?

The NATO-led mission was quick to call the attack “an Afghan-on-Afghan incident” suggesting the main targets were Afghan officials. Still, reports indicate General Miller barely escaped. The Taliban statement said their targets were both the U.S general and Afghan officials, but no credible account has emerged to indicate that degree of planning by the insurgency. If this was a carefully orchestrated Taliban operation, it would be the second at the Kandahar governor’s palace in two years. Last year a bomb planted in the palace killed thirteen people, including the United Arab Emirates ambassador, just missing Raziq.

Why was Raziq important?

Kandahar’s previous strongman, Ahmed Wali Karzai, was killed in 2011 in similar fashion by his bodyguard and Raziq replaced him. Raziq’s formal title of police chief did not fully reflect the extent of his influence in the security, economy and politics of the south. His harsh tactics brought a grim measure of calm to Kandahar city. He turned the urban zone into a heavily guarded enclave and launched a savage campaign against the Taliban in the surrounding farmland. He would often lead his forces personally, flying by helicopter to the front lines so he could battle Taliban as they advanced into towns and cities. Some in the city celebrated him for it; others in the countryside were terrified. Raziq did not fight by the rules: the UN Committee Against Torture called for his prosecution last year after he was personally implicated in torture and extrajudicial killings.

What were his politics?

A former child refugee, Raziq climbed the ranks of the Afghan police thanks to his close ties to U.S. forces. The Americans found him brutally effective against the Taliban. There were widespread allegations that Raziq was involved with the narcotics industry. Over time, he emerged as a political figure. In any election, his backing was seen as critical for candidates to mobilise votes across the south. He was expected to play a major role in the upcoming presidential elections, scheduled for spring 2019. Most speculation focused on possible alliances between Raziq and the potential challengers of President Ghani, such as former Balkh Governor Atta Noor or figures close to former President Hamid Karzai.

Raziq’s death likely does the greatest damage to the morale of the Afghan security forces.

Within hours of Raziq’s death, a gathering of local elders called on the government to name his younger brother Tadin (sometimes called Tadin Khan) as his successor. His family hailed the appointment at Raziq’s funeral the following day. Still, there is widespread speculation about who will become the new Kandahar chief of police, with no formal announcement from the Presidential Palace. Tadin is understood to have working closely with Raziq, including in their home district of Spin Boldak and managing the family’s business interests overseas. Another potential successor as Chief of Police would be Rahmatullah Atrafi, the deputy police chief – but it’s unclear if either of them could fill Raziq’s shoes.

What are the implications for the coming months?

Raziq’s death likely does the greatest damage to the morale of the Afghan security forces. The Taliban now initiate roughly 90 per cent of battles in the war, meaning that security personnel find themselves routinely on the defensive. U.S. military estimates of zones controlled or contested by the insurgency grew from 29 per cent of districts in January 2016 to 44 per cent in May 2018. Recruitment of Afghan forces had already slumped amid reports of poor morale in the ranks. That made a charismatic leader such as Raziq a vital asset to the Afghan government, rallying troops and playing a swaggering role in the domestic media. His presence was credited with tipping battles in favour of pro-government forces. Without him, Taliban advances may accelerate – especially if turbulent Kandahar politics fuel a power contest in an already fragile situation.

The Cost of Escalating Violence in Afghanistan