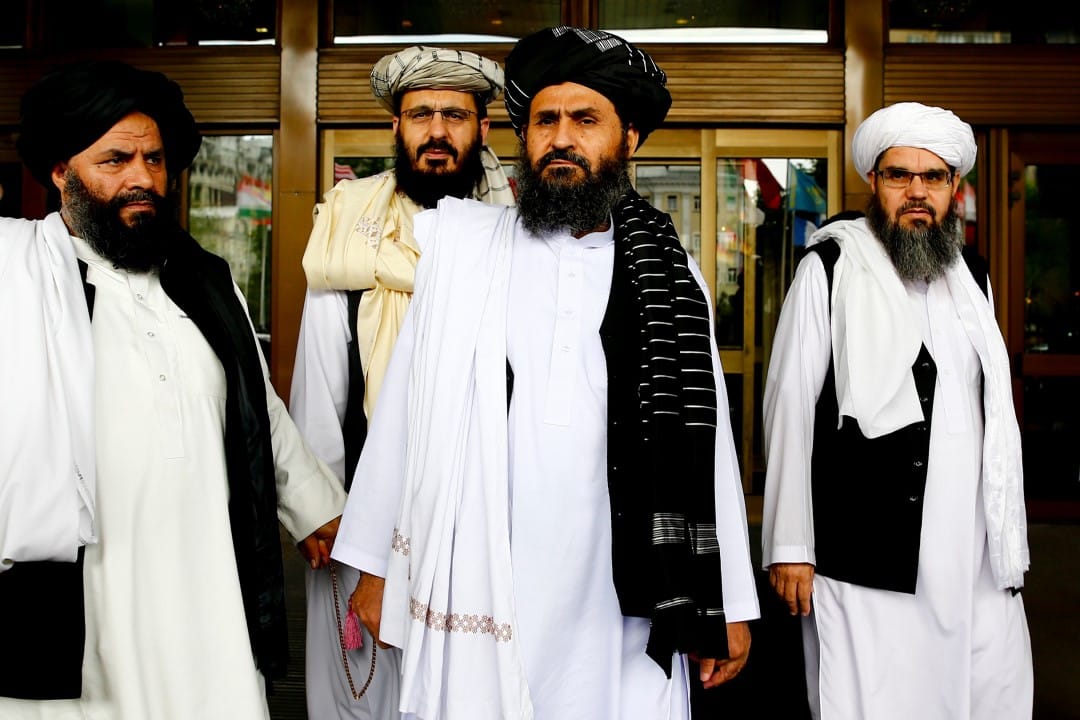 Representatives led by Mullah Abdul Ghani Baradar (Front C) leave after a meeting chaired by Former President of Afghanistan Hamid Karzai, marking a century of diplomatic relations between Afghanistan and Russia on May 30, 2019 in Moscow, Russia on the th Sefa Karacan / Anadolu Agency
Q&A / Asia 21 February 2020

On 21 February, U.S. and Taliban representatives announced a deal paving the way for withdrawal of U.S. troops from Afghanistan and talks among Afghan parties to the conflict. In this Q&A, Crisis Group expert Andrew Watkins explains what the agreement entails and what comes next.

What just happened in talks between the U.S. and the Taliban?

A critical milestone in efforts to end the Afghan conflict was reached on 21 February, when Taliban and U.S. representatives issued statements confirming that they had reached an agreement providing for gradual U.S. military withdrawal from Afghanistan, in exchange for Taliban promises to sever ties with al-Qaeda and other terrorist groups and to enter intra-Afghan negotiations to resolve the world’s deadliest conflict. The statements explained that the U.S. and Taliban would sign the agreement on 29 February in Doha, Qatar – where negotiations have been conducted for over a year – contingent on the successful completion of a seven-day period of “reduction in violence”, which is meant to begin on 22 February.

During this reduction of violence, U.S., Taliban and Afghan security forces will substantially limit combat operations. This period is expected to kick off a sequence of events: after the seven days, the U.S. and Taliban will sign the agreement in Doha, and as soon as ten days later intra-Afghan negotiations will start.

The most notable addition, as a precursor to the signing ceremony, is that both sides have committed to the short-term “reduction in violence”...

Is anything in this agreement different from the one almost signed last September?

The substance of the agreement appears to be similar to, if not entirely the same as, the draft agreement “agreed to in principle” in August 2019 – although that draft’s full text was never made public.

The most notable addition, as a precursor to the signing ceremony, is that both sides have committed to the short-term “reduction in violence”, first publicly mentioned on 12 February by U.S. Defense Secretary Mark Esper. The U.S. began pushing for some form of violence reduction when talks were revived last fall, after President Donald Trump had called them off in early September.

Another component of the agreement will be a mass prisoner exchange between the Taliban and the Afghan government. Reportedly, this exchange could involve as many as 5,000 imprisoned Taliban and 1,000 Afghan security personnel now held captive. It would take place after the signing ceremony for the U.S.-Taliban deal, and possibly before the commencement of intra-Afghan talks. This timing could prove contentious with the Afghan government, which has rejected any prisoner release before negotiations are under way.

What does “reduction in violence” mean?

“Reduction in violence” is a term that U.S. officials began using to describe what is essentially a limited ceasefire; use of the term appears to be the result of a compromise. Since the three-day ceasefire between Taliban fighters and Afghan government forces over Eid al-Fitr in June 2018 – the first since the insurgency emerged – the Taliban have consistently rejected calls for a second. The Taliban have been averse to making any compromise that might threaten their movement’s cohesiveness. The Afghan government, on the other hand, called for a comprehensive national ceasefire as a precondition of renewed talks after they stalled last September.

When the U.S. raised the demand for a measurable reduction of violence in October, the Taliban’s only initial sign of compromise was to offer a ceasefire solely between their fighters and U.S. troops, to exclude Afghan security forces. The U.S. remained insistent on “demonstrable evidence” of the Taliban’s will and capacity to reduce violence more broadly. Just before the new year, the Taliban leadership paused negotiations, deliberated for several weeks, and publicly announced their willingness to observe a seven-day “reduction” in violence that would include Afghan security forces.

Media outlets have reported that the seven-day period will entail a nationwide halt of major offensive operations among U.S. and NATO, Taliban, and Afghan government armed forces. The precise terms reportedly include a Taliban pledge not to attack urban areas, highways or established Afghan checkpoints – with the understanding that Afghan security forces, for their part, will not attempt to travel through areas under Taliban control. The U.S. has pledged not to carry out offensive airstrikes or special operations, but some officials claim that it will support Afghan security forces from the air if they come under Taliban attack.

The seven-day reduction of violence will require careful coordination within the Afghan government’s military and security forces – as it will among the Taliban.

Senior U.S. officials met with Afghan President Ashraf Ghani at the annual Munich Security Conference on 14-16 February to discuss the deal’s implementation. In spite of the Afghan government not being party to the negotiations between the U.S. and the Taliban, it will be a critical player in most of the next steps.

The seven-day reduction of violence will require careful coordination within the Afghan government’s military and security forces – as it will among the Taliban’s rank and file. The agreement will most likely include additional confidence-building measures, such as prisoner releases or exchanges, though the scale and timing of these remains unknown.

The signing ceremony is scheduled to take place on 29 February, at the end of the reduction in violence period. Critically, as soon as ten days after the ceremony, intra-Afghan negotiations are supposed to begin. Those talks will need to tackle difficult issues related to a political settlement to the conflict. Some U.S. officials have suggested that the terms for the reduction in violence could extend beyond the initial seven days, and continue while intra-Afghan talks proceed, but it is unclear if the agreement specifies the possibility of such an extension and it remains to be seen if the Taliban would agree to one.

What are the likely challenges for the next steps?

A number of challenges lie ahead, starting with the precarious nature of the reduction in violence agreement. First, while the undisclosed terms reportedly are quite detailed – the result of weeks of negotiation between the U.S. and Taliban – the risk is still high that misunderstanding, miscommunication or purposeful spoiling could trigger incidences of violence.

Secondly, even if the violence reduction is successful and conclusion of the U.S.-Taliban agreement ensues, that is when the most difficult part – intra-Afghan negotiations, the real beginning of an Afghan peace process – will commence. Many details surrounding the mechanics of those talks, including where they will be hosted, have yet to be cemented. The negotiating team for the Afghan government’s side still has not been officially announced, despite wrangling for more than a year over formation of an inclusive, broadly representative team. Crisis Group has learned of at least five different “peace process plans” being circulated by Afghan political opposition figures, all of which are relatively similar in substance but envision different roles and representation during the talks.

It will not be easy for the Afghan government and opposition politicians to coordinate a unified message and bargaining position. The difficulty was compounded after President Ghani was declared the winner of last year’s presidential election on 18 February, an outcome bitterly contested by his chief rival Abdullah Abdullah, who announced plans to establish a parallel government. Much is at stake; many of Ghani’s political opponents, who have lodged claims of corruption during every presidential election since 2009, have lobbied for a peace process to include an interim government in which Ghani would step down, and they could gain political power.

Intra-Afghan negotiations will involve crucial and highly divisive questions on power-sharing in the political and security spheres as well as the fundamental question of whether or not Afghanistan will remain the type of electoral democracy it is today. None of these issues is likely to be resolved quickly. The longer talks carry on, the more chances there will be for local, national, regional or international actors to play the spoiler – by inciting confusion, sowing mistrust or perpetrating violence.

The international community can play a helpful role by rallying behind a neutral mediator for talks, by supporting a sound framework for the talks to progress, and by pledging to continue providing funds for Afghanistan’s economic development.

Originally published in The Economist