Pakistan: No End To Humanitarian Crises

Three successive years of devastating floods threatening the lives of millions, coupled with the displacement of hundreds of thousands due to military operations and militancy, gives Pakistan’s radical Islamist groups opportunities to recruit and increases the potential for conflict.

With three years of devastating floods putting the lives and livelihoods of at least four million citizens at risk, and military operations against militants displacing thousands more in the conflict zones of Khyber Pakhtunkhwa (KPK) province and the Federally Administered Tribal Areas (FATA), Pakistan’s humanitarian crises need urgent domestic and international attention. Since the democratic transition began in 2008, some progress has been made, but much more is needed to build the federal and provincial governments’ disaster and early recovery response. Efforts to enhance civilian ownership and control have also had mixed results, particularly in the conflict zones, where the military remains the dominant actor. To effectively confront the challenges, the most urgent tasks remain to strengthen the civilian government’s capacity to plan for and cope with humanitarian crises and to prioritise social sector and public infrastructure development. It is equally important that all assistance and support be non-dis­crim­i­na­to­ry and accompanied by credible mechanisms for citizens to hold public officials accountable.

The military’s suspicions of and animosity toward foreign actors undermine efforts to improve the humanitarian community’s coordination with government agencies, and allegations that humanitarian aid is a cover for foreign intelligence activity threatens staff and beneficiaries’ security. Radical Islamist lobbies, including militant groups opposed to donor involvement, exploit the gaps in assistance. Sporadic, selective, and heavy-handed military operations have, in 2012 alone, displaced hundreds of thousands, particularly in FATA’s Khyber Agency. While conflict-induced displacement is now on a lesser scale in KPK’s Malakand region than in the spring of 2009, when a major military offensive against Swat-based militants displaced 2.8 million, the army’s failure to root out militancy has resulted in constant displacements.

In 2010, countrywide floods affected some twenty million, with massive destruction to infrastructure and livelihoods. Heavy monsoon rains in the following year further weakened dams and irrigation infrastructure, flooding large parts of Sindh, particularly its southern districts, and Balochistan. A fragile infrastructure, combined with deforestation and climate change, has heightened the risk of recurrent flooding. The 2012 monsoon season has already caused massive devastation in upper Sindh, Punjab’s south-western districts of Dera Ghazi Khan and Rajanpur and parts of eastern Balochistan.

Conflict- and flood-induced displacement has brought economic hardships – and the state’s limited capacity for development and service provision – into sharp relief. It has also increased the potential for conflict, with radical Islamist groups gaining ample opportunities to recruit those most affected by humanitarian crises. In areas of displacement in KPK and FATA where the military still holds sway, short-term security objectives often determine eligibility for state assistance. Additional restrictions have been placed on the activities and access of international and local NGOs and other humanitarian actors, particularly since the May 2011 U.S. raid that killed Osama bin Laden near a major military academy in Abbottabad. While radical jihadi organisations, such as the Jamaat-ud-Dawa (JD) – the renamed Lashkar-e-Tayyaba (LeT) – are operating freely, using their charity fronts to win support, the state’s failure to provide adequate and timely assistance is aggravating public resentment, undermining its credibility and that of its international partners.

More than three years after the military declared victory over Swat-based militants, soldiers remain deployed in KPK’s Malakand region. While their presence on the streets creates a semblance of security, the military’s dominant role in maintaining order, reconstructing public infrastructure and determining the post-conflict agenda undermines civilian government capacity. The rule of law has also been undermined, particularly by the Actions (in Aid of Civil Power) Regulations 2011 for both FATA and the Provincially Administered Tribal Areas (PATA), of which Swat is a part. These regulations give the military the authority to detain militant suspects indefinitely, including in internment centres that reportedly house over 1,100 detainees, thus violating constitutionally guaranteed fundamental rights of fair trial and legal appeal. Similarly, the Nizam-e-Adl Regulation 2009, imposing Sharia (Islamic law) in PATA, undermines basic legal rights and excludes the region from the constitutional mainstream.

The social impact of flood- and conflict-induced displacements is no less severe. In Sindh, economic deprivation resulting from recurrent floods has provoked a spike in crime that could spiral into a major law and order problem, while creating opportunities for jihadi organisations to exploit public alienation. Tackling the causes and consequences of these humanitarian crises goes beyond humanitarian action and will require state policies that promote more equitable social and economic development and guarantee legal protections and political inclusion.

A New Era of Sectarian Violence in Pakistan

Up Next
Commentary / Asia 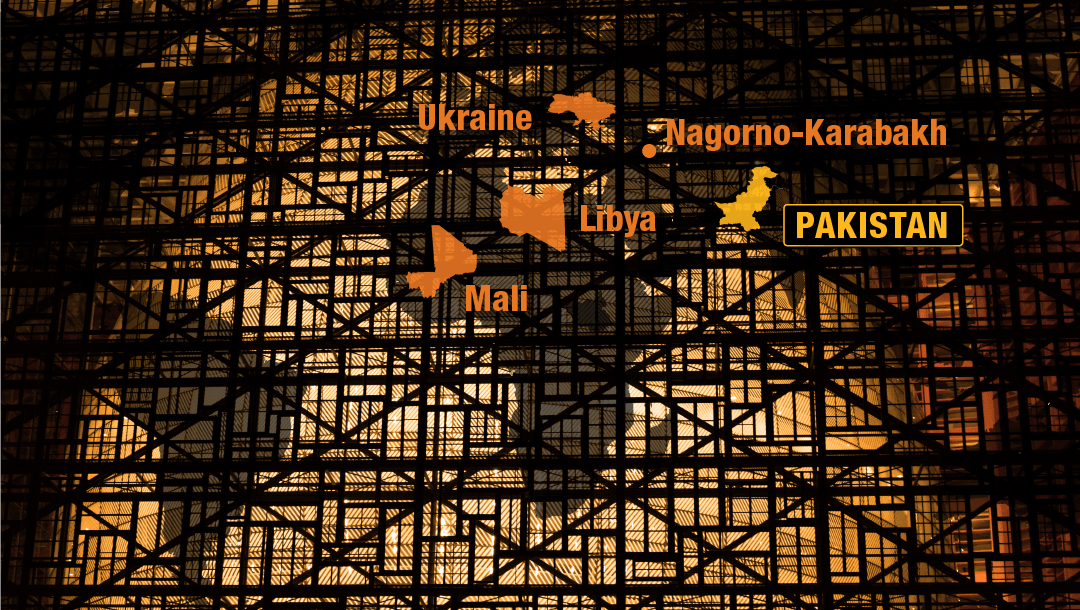