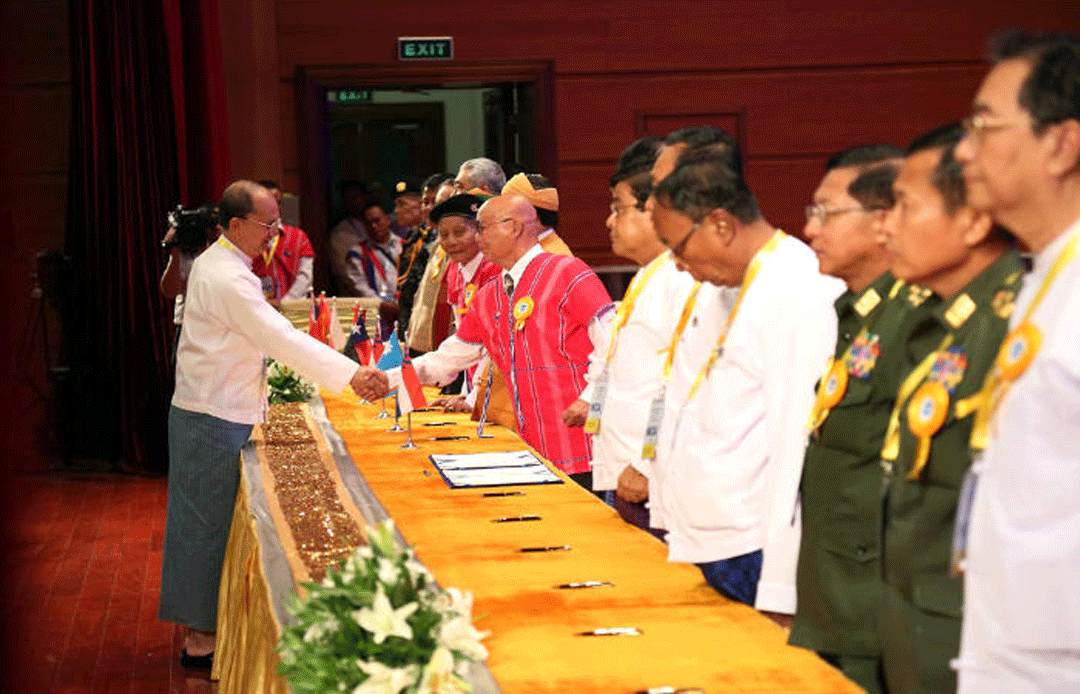 The Importance of the Myanmar Peace Deal

Thursday’s signing of the Nationwide Ceasefire Agreement by the government of Myanmar and representatives of eight armed groups is a remarkable achievement, despite outstanding concerns. This is a major step forward at a crucial political moment for Myanmar, coming just weeks before the landmark general election scheduled for 8 November. The deal locks in the progress achieved so far toward ending six decades of civil war.

As Crisis Group has reported, the ceasefire agreement is far from perfect. Military issues such as force separation, demarcation and verification are vague, not included, or require further agreement to come into force. The deal nevertheless paves the way for a more comprehensive political settlement after the election.

It is important to note that only eight of the fifteen armed groups negotiating with the government have signed the agreement. Three more, who are fighting the government in Kokang, were excluded. There is a risk that the partial signing could exacerbate tensions between groups and between factions within groups. Opposition leader Aung San Suu Kyi did not attend the ceremony, and her National League for Democracy declined an invitation to sign as a witness to the agreement, although a representative of the party was present at the ceremony. This all makes for an unsteady foundation on which to build a future comprehensive peace.

But the significance and value of the signing should not be underestimated. It is the culmination of four years of tireless effort and intense negotiations. All fifteen armed groups, including those not signing, have agreed to the text. The deal creates an opportunity to move forward and make the process more inclusive. It is not unusual for peace processes to begin as partial agreements, and there is of course more work to be done. It is also important to note that Myanmar’s peace process is home-grown, with no international mediators – one of its greatest strengths.

Given the decades of distrust between the many parties to the internecine conflict, the progress so far is impressive. When the peace process started, most leaders of the armed groups had never been to the capital, Naypyitaw, nor met with a senior member of the government or military. Ethnic aspirations could hardly be voiced. The concept of federalism was taboo for the government. Now, government leaders regularly state that a federal Myanmar is the ultimate goal – something that President Thein Sein said explicitly in his address at the ceremony. This represents a huge shift in the political climate.

The mood at the signing ceremony was very positive, and there were some memorable moments. When Mutu Say Poe, the chairman of the Karen National Union, took the stage following the president to give the second keynote address, the audience heard from an elderly man at war with the military for his entire adult life.

The domestic audience at the event included a diverse array of representatives from political parties and civil society. Leaders from the 88 Generation – named for the student-led democracy movement that began in 1988 – accepted the invitation to witness the agreement. Along with seasoned political activist Ko Ko Gyi they also sent a prominent Muslim member of the group, Ko Mya Aye, to sign the document – a politically brave and farsighted gesture in the current climate of bigotry.

The international community has a vital part to play in supporting the peace process.

Ambassadors from 45 countries as well as representatives of the UN and World Bank were in attendance. Six international witnesses – China, India, Japan, Thailand, UN and the European Union (EU) ­– were called up in pairs to sign the agreement, sitting opposite each other at the table, starting with Myanmar’s two giant neighbours, India and China. The international community has a vital part to play in supporting the peace process – including by providing sustained political support to the government and armed groups, and mobilising funding for conflict-sensitive aid to affected communities.

Implementation of the agreement is the key issue. The government and the military must work to uphold the ceasefire, improve the security situation on the ground, and work to realise the political aspirations of Myanmar’s many ethnic groups. The success or failure of the process going forward depends in large part on the military, which is the one institution that will not see a change in leadership as a result of the elections.

Thursday’s agreement was signed in person by Myanmar’s powerful commander-in-chief, Senior General Min Aung Hlaing, and his deputy. He had reportedly been conflicted about signing in the days leading up to the agreement, and had been absent from a key meeting between armed groups leaders and the president on 9 September. His personal signing of the document was incredibly important, and not something he appears to have done lightly. If the armed forces really are committed to de-escalation and demilitarisation of ethnic areas, then there is a chance for a sustainable peace process in Myanmar. The commander-in-chief’s signature does not guarantee that; but it was certainly a prerequisite.