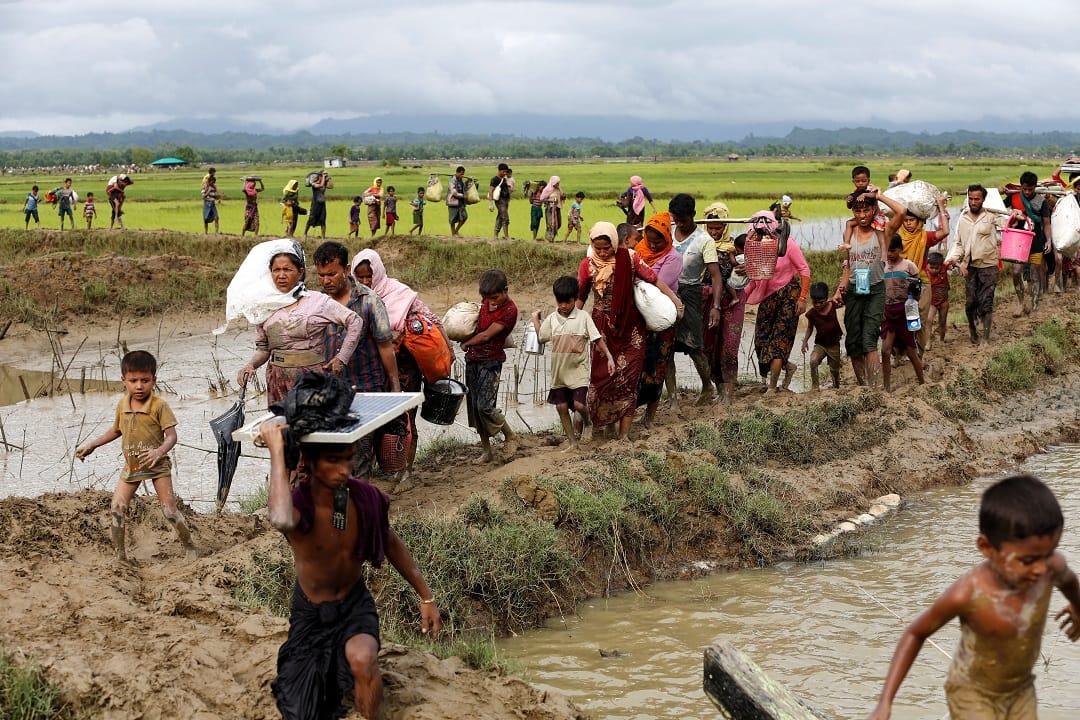 The violence since 25 August that has driven 270,000 Rohingya civilians over Myanmar’s border into Bangladesh is not just causing a humanitarian catastrophe. It is also driving up the risks that the country’s five-year-old transition from military rule will stumble, that radicalisation will deepen on all sides, and that regional stability will be weakened.

Since 2012, the International Crisis Group repeatedly has warned that, if left unresolved, Rakhine State’s volatile dynamics pose a major risk to Myanmar’s transition. If dealt with primarily through a heavy-handed, indiscriminate security response, rather than in the framework of a political strategy, the dangers were clearly set to become far worse. The events of recent weeks are not just causing enormous suffering to civilians, but bring Myanmar precipitously close to just such an unraveling of much that has been achieved since the end of military rule.

The 25 August attacks on Myanmar security forces by the militant group Arakan Rohingya Salvation Army (ARSA), also known as Harakah al-Yaqin, which the government has designated a terrorist group, undoubtedly were intended as a provocation. Neither these attacks nor the reported killing of non-Rohingya civilians, at least some of which are undoubtedly the work of the group, are excusable, no matter what political agenda they claim to represent. Any government has the responsibility to defend itself and the people living in the country. At the same time, such government security responses need to be proportionate and not target civilians.

Nearly half of Myanmar’s estimated one million Rohingya may now have been forced from their homes.

It is extremely difficult to verify the numerous reports of atrocities amid the confusion and chaos, and very limited access for media and humanitarian agencies. Yet even if specific allegations cannot be proven, the scale of the crisis is clear. The 270,000 Rohingya who have fled in the last two weeks to the Bangladesh-Myanmar border and across are telling, both in terms of their numbers and the accounts they bring. The vast majority of these people, mostly women and children, are unlikely to be militants. Along with some 87,500 who fled a previous upsurge in violence in October 2016, nearly half of Myanmar’s estimated one million Rohingya may now have been forced from their homes.

It may indeed be difficult for the government to distinguish between ARSA members and other Rohingya. The events of last year and recent weeks, particularly the heavy handed military response in the wake of the October 2016 and August 2017 attacks, appear to have promoted a sense among Rohingya that a general uprising is underway. But operationally challenging as this is, it cannot be an excuse for military action against the general population. By doing so, the military will not quell the crisis, but rather play straight into the hands of ARSA by increasing the sense of grievance and hopelessness.

It is similarly vital to treat with utmost caution claims that the current crisis is being fuelled by militants with transnational jihadist aims. Rohingya communities have not typically been radicalised in this fashion and there are no indications that ARSA has been pursuing goals congruent with those of global jihadist outfits. While there may be domestic political imperatives or gains to be had for politicians in the region to make these claims, doing so is deeply dangerous.

If the Myanmar government chooses to continue a massive military response against the general population, even if parts of this population may be sympathetic to ARSA, or publicly to treat the violence as the work of jihadists, it risks creating conditions for the entrenchment or rise of those very same dynamics. An alienated, desperate and dispossessed population that is shunned by the country it claims as its home and by neighbours is ripe for exploitation by such groups and may believe it has little to lose if it were to turn to violence. The risks to those who live in Myanmar, the country’s transition and regional stability are considerable.

The path to stability lies in dealing head on with the fears, claims and desires of all groups in the state.

There is no military solution to the crisis in Rakhine state. The Myanmar government will find no success, only long term violence and crisis, if it uses the presence of militants and the growth of some sympathy for them, as an excuse to address in an extreme manner the long-standing challenges of Rakhine state. The path to stability lies in dealing head on with the fears, claims and desires of all groups in the state, Rakhine, Rohingya and other minorities. This political path is difficult and will require compromises many may find distasteful. But taking this road is the only way to reduce the risks of serious violence, more displacement and greater human misery.

Buddhism and State Power in Myanmar