Crisis Group is monitoring the upsurge in violence in the country triggered by the military's 1 February 2021 coup d'état which deposed the Aung San Suu Kyi administration. The regime has brutally cracked down on protesters, killing hundreds and detaining thousands. Public sector strikes and other forms of civil disobedience have prevented the regime from consolidating its control, and plunged the country into deep economic crisis. Some of the country’s ethnic armed groups have gone on the offensive, and new forms of armed resistance by civilian militias and underground networks have emerged. Although Rakhine State has so far avoided some of the worst of the violence, the plight of the Rohingya remains unaddressed and the prospects for a return of almost one million languishing in camps in Bangladesh looks bleak. Through field research and advocacy, Crisis Group works to understand the new violent dynamics unleashed by the coup and mitigate the impact on the people of the country.

Myanmar’s military regime is planning elections despite facing widespread resistance. In this excerpt from the Watch List 2023, Crisis Group explains how the EU and its member states can help ease the country’s political and humanitarian crisis.

31 Jul 2022
This charge against a Japanese journalist shows the regime [in Myanmar] is determined to continue stifling objective reporting, whether by local or foreign journalists. AFP

Senior Adviser, Myanmar
20 Dec 2021
Myanmar's status as one of the world's largest illicit drug producers is only possible because of criminal justice failures. VICE

Senior Adviser, Myanmar
6 Dec 2021
Myanmar needs to be a much higher diplomatic priority for the major powers and the UN. The Guardian

Senior Adviser, Myanmar
21 Nov 2021
There’s significance in the propaganda war that’s playing out [in Myanmar]. I think they [the military] make the resistance feel emboldened and confident. The New York Times

Senior Adviser, Myanmar
1 Oct 2021
Much of the population [of Myanmar] is determined to prevent a return to military rule, at the cost of their lives if necessary. AFP

Senior Adviser, Myanmar
17 Sep 2021
Many people in Myanmar struggle to see how nonviolence can be effective in a situation where the regime is willing to unleash extraordinary levels of violence against ord... LA Times 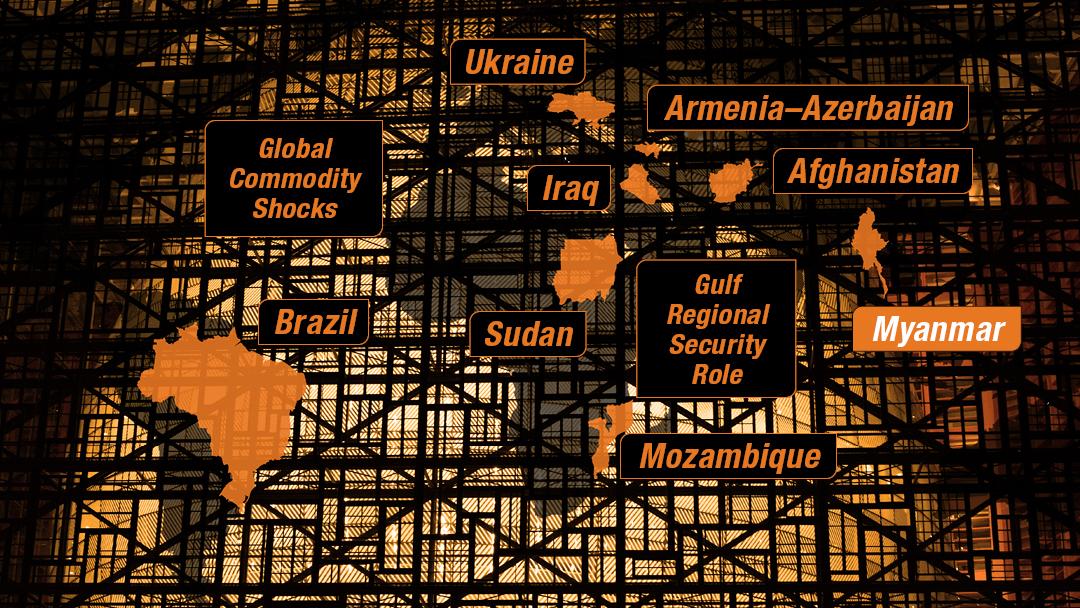 Myanmar’s military regime is planning elections despite facing widespread resistance. In this excerpt from the Watch List 2023, Crisis Group explains how the EU and its member states can help ease the country’s political and humanitarian crisis. 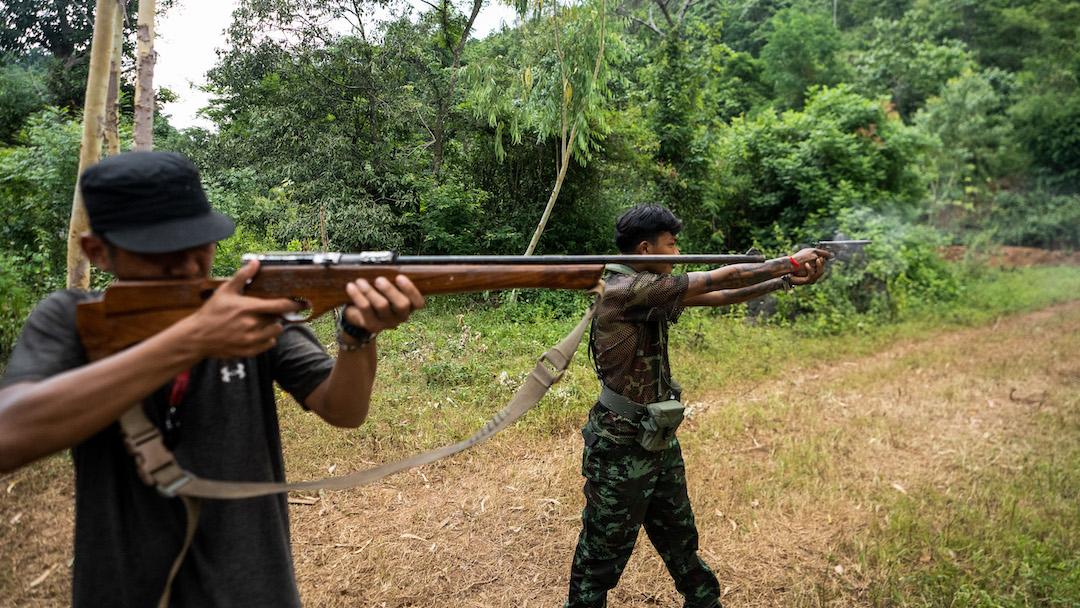 Anti-military groups in Myanmar have crowdfunded successfully over the past eighteen months despite regime efforts to deprive them of resources. Fundraisers should take steps to shield contributors from retribution, while international donors should work with local groups to channel aid to hard-hit civilians. 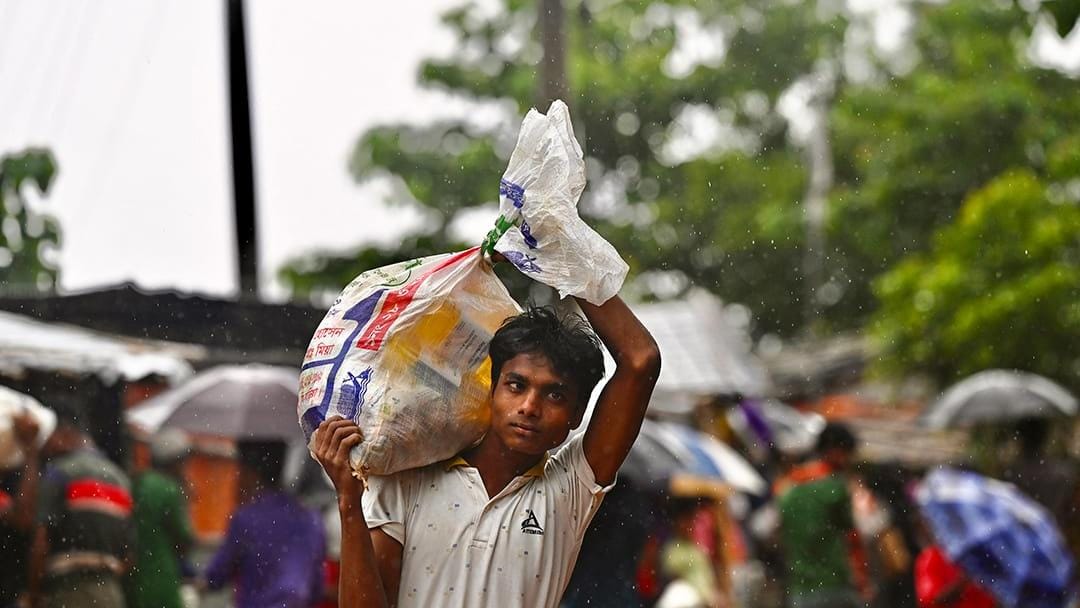 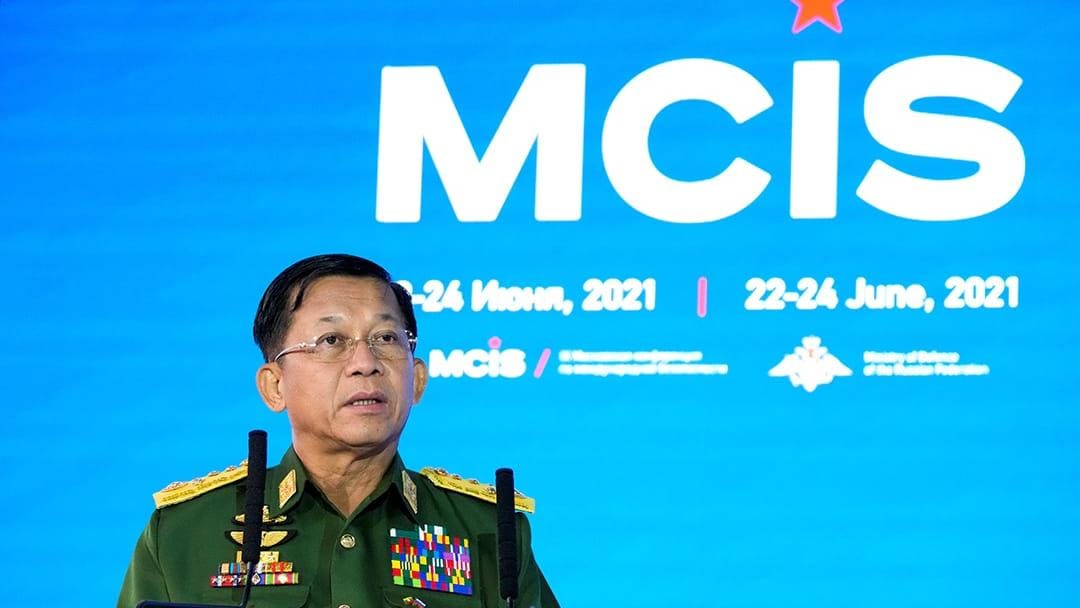 Facing opprobrium after the 2021 coup, the junta in Naypyitaw has deepened its relationship with the Kremlin to relieve international pressure. Powers wishing to see Myanmar return to democracy should not try to break these ties but rather redouble their targeted sanctions and embargo efforts. 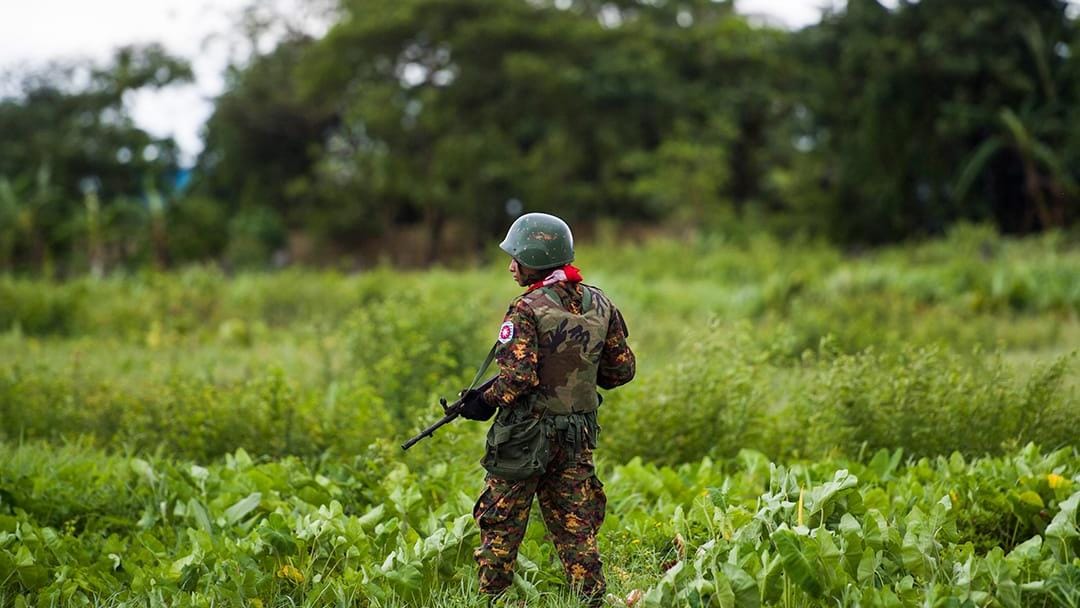 An unofficial ceasefire has kept Rakhine State quiet compared to much of Myanmar following the 2021 coup. But friction is building between the military and ethnic Rakhine fighters. The parties should strike a formal deal to avert a return to war. 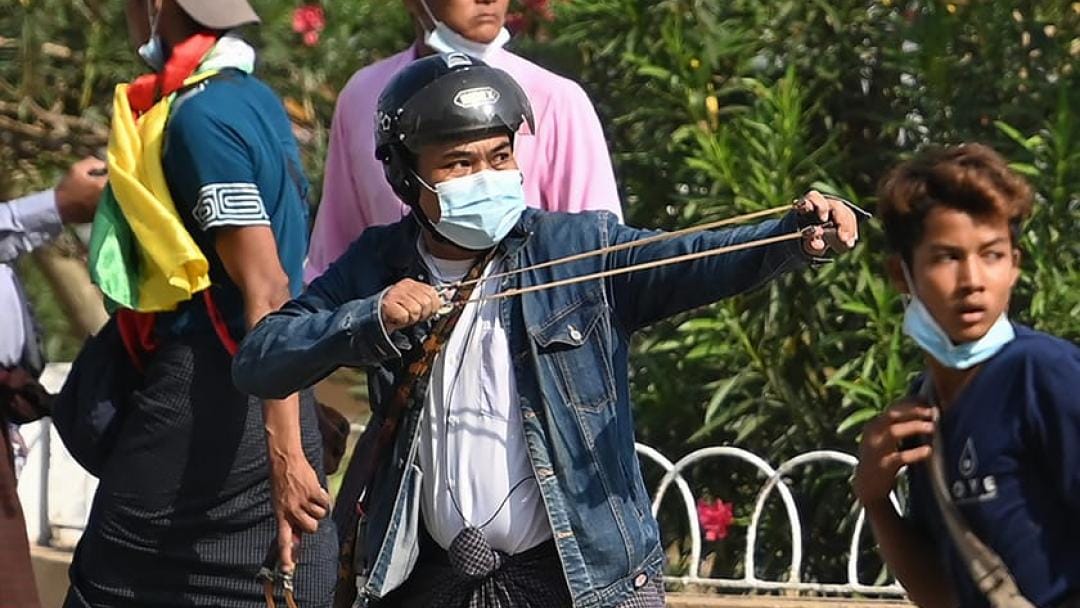 Armed opposition to Myanmar’s coup is spreading, leading the junta to mobilise civilian militias that, in turn, have set off a spate of reprisals. For now, informal justice meted out by local leaders is the best means of stopping the pattern from becoming self-sustaining. 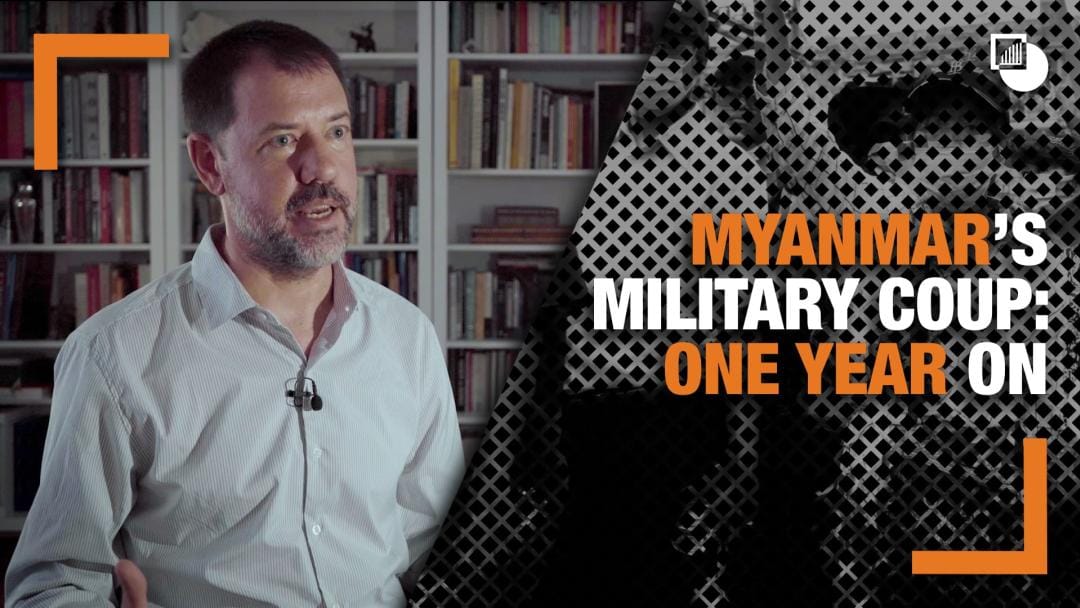 Myanmar's Military Coup: One Year On

In this short interview, Crisis Group's Myanmar expert Richard Horsey assesses the situation in Myanmar one year after the military coup, and what the future may hold. 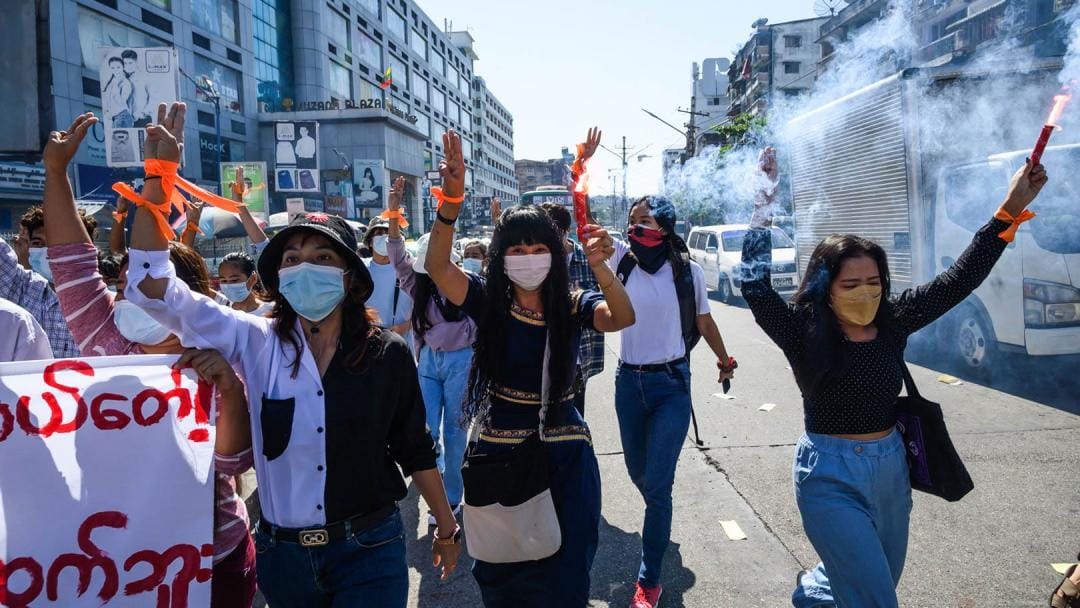 One Year On from the Myanmar Coup

The 1 February 2021 coup in Myanmar removed Aung San Suu Kyi’s democratically elected government. A broad spectrum of society continues to resist the coup in various ways. In this Q&A, Crisis Group expert Richard Horsey assesses the situation and what the future may hold.