Leaders of the Association of South-east Asian Nations (Asean) gathering at next week's (Sept 6-8) annual summit in Vientiane, Laos, will be tempted to avoid frank talk about the South China Sea that might anger China. But if they gloss over a dangerous escalation of military tensions in area, they risk sleepwalking into conflict.

Recent satellite photos appear to show China building more than 70 hardened hangars on three of the features it controls in the Spratly chain. These were followed by reports that Vietnam had moved missile launch systems onto some of the outposts it controls in the same area. Hanoi has said the reports are inaccurate, but has reserved the right to "move any of our weapons to any area at any time within our sovereign territory", including the features it claims in the Spratlys.

Vietnam and China have fought twice within living memory over disputed areas of the South China Sea. In 1974, Vietnam lost its last outpost in the Paracel Islands, and in 1988,some 70 Vietnamese soldiers died in clashes after which China took over a number of key features in the Spratlys.

Their forces remain less than 5km apart in parts of the Spratlys, which have become the front line in a regional arms race. China's defence budget grew by 11 per cent between 2014 and last year. Vietnam is now the world's eighth-largest purchaser of arms, including missile systems, attack submarines and fighter aircraft. The Philippines has ordered frigates from India and patrol vessels from Japan and France. And even Singapore agreed to allow the United States to base surveillance planes on its territory.

The countries of East Asia seem to be heading down a one-way street that leads not just towards greater potential for confrontation, but also towards a more violent conflict should a confrontation occur.

This is despite the Declaration on the Conduct of Parties in the South China Sea, signed by China and the 10 Asean members in 2002, representing a non-binding commitment by the parties to resolving their differences "without resorting to the threat or use of force, through friendly consultations and negotiations by sovereign states directly concerned".

The signatories also promised to refrain "from action of inhabiting on the presently uninhabited islands, reefs, shoals, cays and other features".

Two of the keys to the problem are China's unpredictability and lack of clarity. It has studiously maintained what one senior Chinese diplomat described as "strategic ambiguity". It has failed to articulate either the coordinates or the nature of its nine-dash line, a key driver of the Philippines' decision to seek the ruling issued in July by the arbitral tribunal at The Hague.

China's unpredictability, such as its island-building programme or its decision to move an oil exploration rig off the Vietnamese coast two years ago, convinced the other claimants that their old security assumptions were no longer reliable.

The result is that everyone is preparing for the worst, including strengthening their defences, buying new hardware and boosting their offensive capacity.

Conflict is in nobody's interest. Trade worth some US$5 trillion (S$6.8 trillion) moves through the South China Sea each year, and the fisheries generate some US$20 billion a year.

For the claimant nations, the cost of hostility would be particularly punishing. In 2013, the last year for which data is available, China accounted for 14 per cent of trade with Asean states, and that figure is likely to have grown since. The damage that would be caused by disruption to East Asia's delicate web of supply chains would probably exceed these estimates.

Even without direct confrontation, the cost of defying Beijing is high. Between 2006 and 2013, Chinese foreign direct investment into the 10 Asean states totalled some US$33 billion, including US$2.6 billion in Indonesia and US$1.4 billion in Cambodia. The Philippines, which has had the most contentious territorial relationship with China, had negative net inflows from China of US$1 million over the same period, according to Asean figures.

China also has a great deal to lose from overt confrontation. The South China Sea trade routes are its vital economic arteries: conflict between claimants - or even lone Philippine or Vietnamese nationalists armed with rocket-propelled grenades - could result in a significant rise in shipping costs as freighters are forced to take a much more circuitous route to their destination or pay war-risk insurance premiums. As an example, when piracy in the waters off Somalia was at its height, transit insurance premiums rose from US$500 per ship to US$150,000 per ship.

If confrontation has an unacceptable price, compromise is also not cost-free. Territorial control in the South China Sea is a zero-sum game: one country's gain is another's loss. Nationalism runs deep in East and South-east Asia, a trait that governments have exploited to hang on to popular legitimacy even as they struggle to deliver economic growth amid a regional slowdown. In the current climate, any regional government hinting at ceding territory would risk being outflanked by its own right wing.

There can be no long-term military solution to the disputes in the South China Sea. If the logical conclusion of the recent rounds of militarisation and rearmament are to be avoided, the first step is for the region to admit openly that there is a real problem and then discuss how it might be resolved.

Given the fears about power asymmetry, Beijing's suggestion that it holds bilateral talks with the other claimants is unlikely to bear fruit.

Multilateral talks involving, at a bare minimum, all the claimants and preferably a regional grouping such as Asean are the only viable way forward. 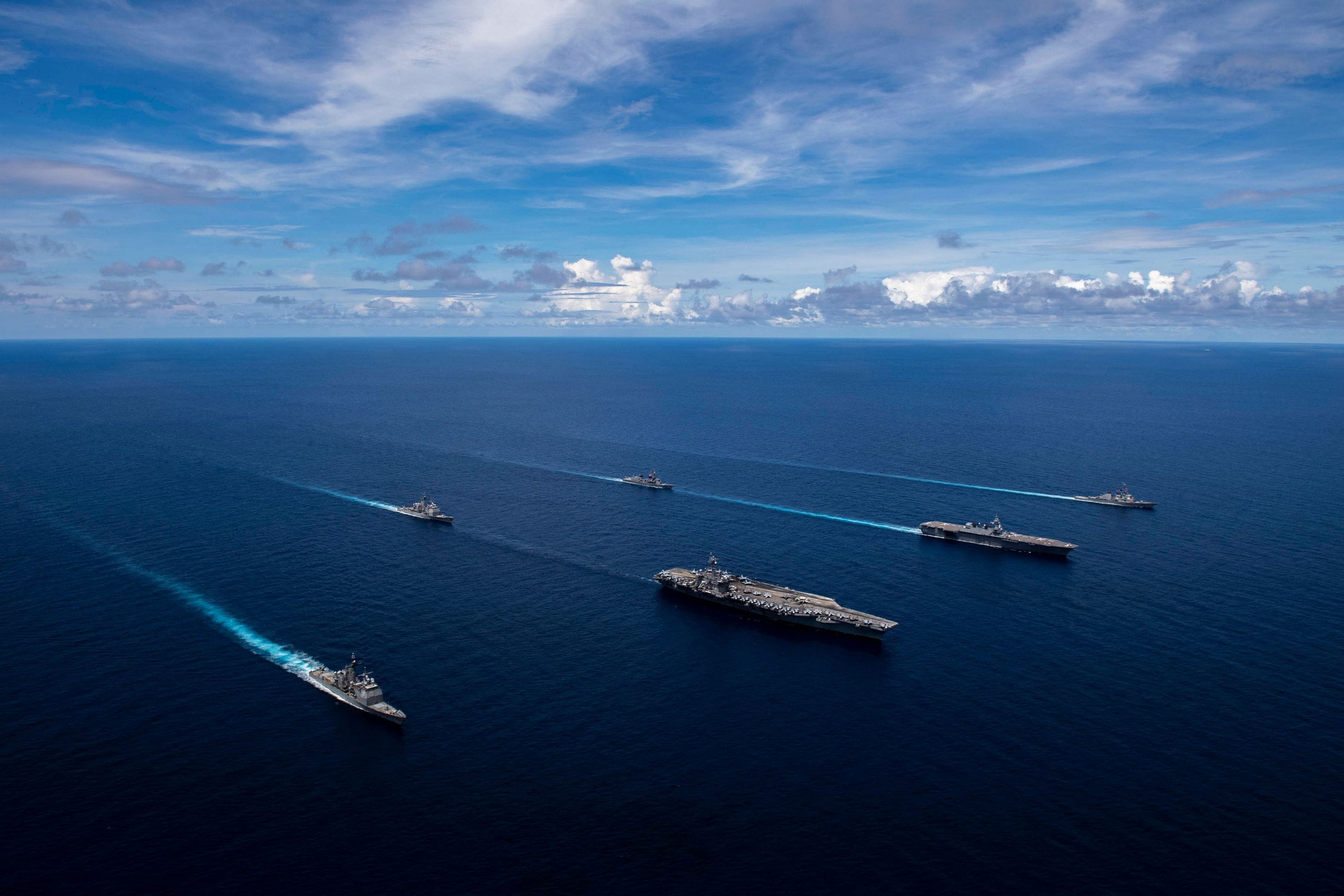 The disputes in the South China Sea are fundamentally about claims of sovereignty, the broadest of which are staked by Beijing. The Chinese-U.S. rivalry, meanwhile, loads the dissension with geopolitical significance. Both major powers stand to gain by accepting the constraints of international law.