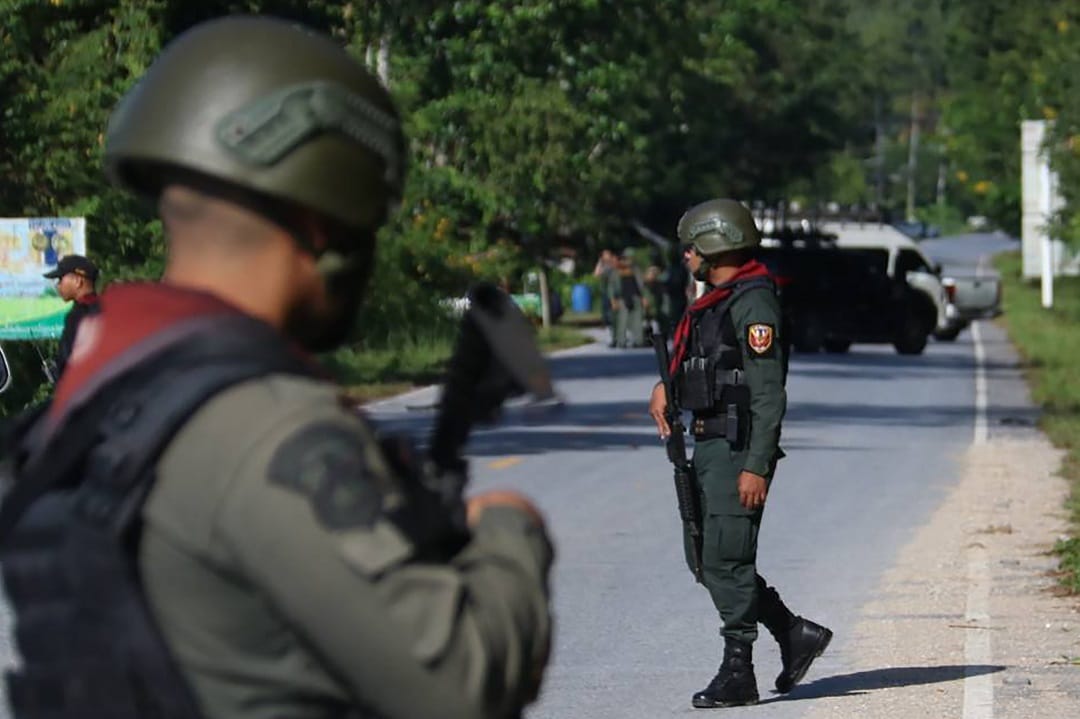 Members of a bomb squad inspect the site of an attack by suspected Muslim militants in Yala province on 6 November 2019. AFP/Tuwaedaniya Meringing
Q&A / Asia 08 November 2019

Behind the Insurgent Attack in Southern Thailand

What happened, and why is it significant?

On the night of 5 November, at least twenty gunmen attacked a security checkpoint in Lam Phaya sub-district in Yala, Thailand’s southernmost province, killing fifteen people and wounding four others. Many of those killed were Village Defence Volunteers, civilians whom the interior ministry pays to perform part-time security duties in villages across the insurgency-plagued region. Also among the victims were a former sub-district chief, a police adviser to the defence volunteers, the sub-district physician and civilian bystanders; the dead include both Muslims and Buddhists. Militants bombed a nearby power pylon, felled trees and scattered nails to delay security forces and rescuers responding to the attack. The assailants fled, taking with them small arms captured from the victims.

Ethnic Malay Muslim militants have been fighting the state for decades in the Muslim-majority south of Thailand, which otherwise is mostly Buddhist.

Ethnic Malay Muslim militants have been fighting the state for decades in the Muslim-majority south of Thailand, which otherwise is mostly Buddhist. The militants seek independence and an end to what they see as Thai colonialism. Their insurgency is rooted in ethnic Malay nationalist resistance to Thai rule that followed the extension of Siamese sovereignty over the Patani sultanate at the beginning of the twentieth century. Violence has largely been confined to the country’s three southernmost provinces, Narathiwat, Pattani and Yala, as well as the four south-eastern districts of Songkhla province. Muslims account for roughly 85 per cent of the population in these areas. The insurgent movement is distinguished by its secrecy and reluctance to assert an organisational identity. Insurgents tend to identify simply as juwae (fighters) rather than as members of a particular militant group. It remains a parochial nationalist insurgency – distinct from transnational jihadist movements – in which Islam is foremost a marker of Malay cultural identity.

The 5 November attack is remarkable for two reasons. First, it was the deadliest since late 2001, when the longstanding insurgency reignited after a lull in the 1990s. Although insurgent ambushes, bombings and assassinations have claimed more than 7,000 lives since then, militants have never before killed so many in a single raid. Secondly, it took place amid a decline in the pace and intensity of militant violence over the past several years. From a high of 892 fatalities in 2007, the death toll fell to 218 in 2018, the lowest since 2004. It remains to be seen whether the 5 November attack was an aberration or sign of renewed insurgent potency.

What signal are militants sending with this attack?

Any effort to assign particular motives to the Lam Phaya attackers is speculative at this stage. The strongest insurgent group, Barisan Revolusi Nasional Melayu-Patani (Patani Malay National Revolutionary Front, or BRN) is highly secretive and rarely accessible to the media. It never claims responsibility for its actions. The attack may best be understood as a demonstration by militants of their ability to conduct operations and inflict losses, in spite of the decline in violence in recent years. It also highlights that, whatever the government may say, the insurgent campaign is far from over. Apart from the high death toll, the raid was wholly typical of attacks that have been routine in the region since 2004: coordinated use of small arms and improvised explosive devices; diversionary attacks; theft of weapons; and hit-and-run tactics.

A more immediate possible motive may be retribution for the 25 August death in army custody of an insurgent suspect, Abdulloh Isomuso. Abdulloh was detained for interrogation on 20 July and fell into a coma the following day. The case is emblematic of the persistent human rights abuses that feed Malay Muslim grievances and the failure of authorities to hold officials to account.

Another possibility is that militants are seeking leverage in advance of prospective dialogue with Thai authorities. BRN would not want to enter talks with the government perceiving it as a spent force.

What is the state of play in the peace-dialogue process?

The official peace-dialogue process that brings together the Thai government and the Patani Consultative Council (Majlis Syura Patani, better known as MARA Patani), an umbrella group of Malay nationalist organisations in exile, is moribund. Talks have been stalled since April 2018, and MARA Patani formally suspended its participation in February 2019 until after the Thai general election the following month. After the suspension, the head of the separatist delegation, Shukree Haree, resigned, questioning Thailand’s sincerity in conducting dialogue. Shukree has not been replaced. General Udomchai Thammasarorat, former chief of the Thai dialogue delegation, did not meet with MARA Patani during his year-long tenure, which ended on 1 October. His successor, former National Security Council director-general Wanlop Rugsanaoh, has given no indication that dialogue will soon resume. The process is beset by Thai concerns that MARA Patani does not represent fighters inside Thailand and militant suspicions that Thai authorities are using the dialogue primarily as a public relations exercise.

Malaysia, which shares a border with Thailand and is home to many exiled Patani Malay militants, serves as facilitator of the dialogue.

Malaysia, which shares a border with Thailand and is home to many exiled Patani Malay militants, serves as facilitator of the dialogue. Although militant leaders and Thai officials alike agree that Kuala Lumpur must be involved, at least some in each cohort question whether Malaysia can be an impartial mediator. Many militants in exile resent the reported Malaysian pressure on BRN to join the MARA Patani process. For their part, some Thai officials suspect that Malaysia’s sympathies lie with the militants, given that so many are in exile there.

BRN’s refusal to participate has badly impaired the Thailand-MARA Patani dialogue. Though there are individual BRN members in MARA Patani, the mainstream of BRN has refused to join. The group is not opposed to talks in principle, but it adheres to a 2013 list of five conditions for participation in peace talks, among which are mediation by a disinterested third party and inclusion of international observers. Thailand, however, rejects these conditions.

Senior Thai officials have also discounted the possibility of political autonomy or decentralisation in southernmost Thailand, with some insisting on a resolution tantamount to BRN’s capitulation. Since the coup that brought a military junta to power in 2014, the Thai government has further centralised authority. The formal return of parliamentary rule in June 2019 has done little to change the complexion of the government, which remains dominated by junta figures who regard decentralisation as a slippery slope toward partition and a threat to national sovereignty.

How can the peace process be revived?

The existing dialogue process appears to have reached a dead end, but Thai authorities are quietly seeking back channels to militants outside MARA Patani. This development is encouraging, given that resolution of the conflict in southernmost Thailand will inevitably require the participation of BRN’s majority faction. But a meaningful, substantive dialogue will require a reboot of the process on terms acceptable to both sides. Such an approach must grapple with the need for an impartial mediator, while still according a role to Kuala Lumpur, and clarify which entities on each side can offer credible guarantees. Only then will it be possible to begin the arduous work of achieving a political compromise that can bring an end to the violence. 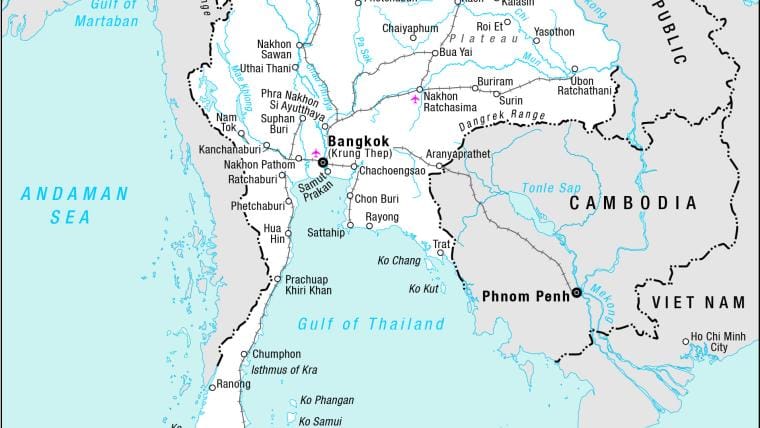