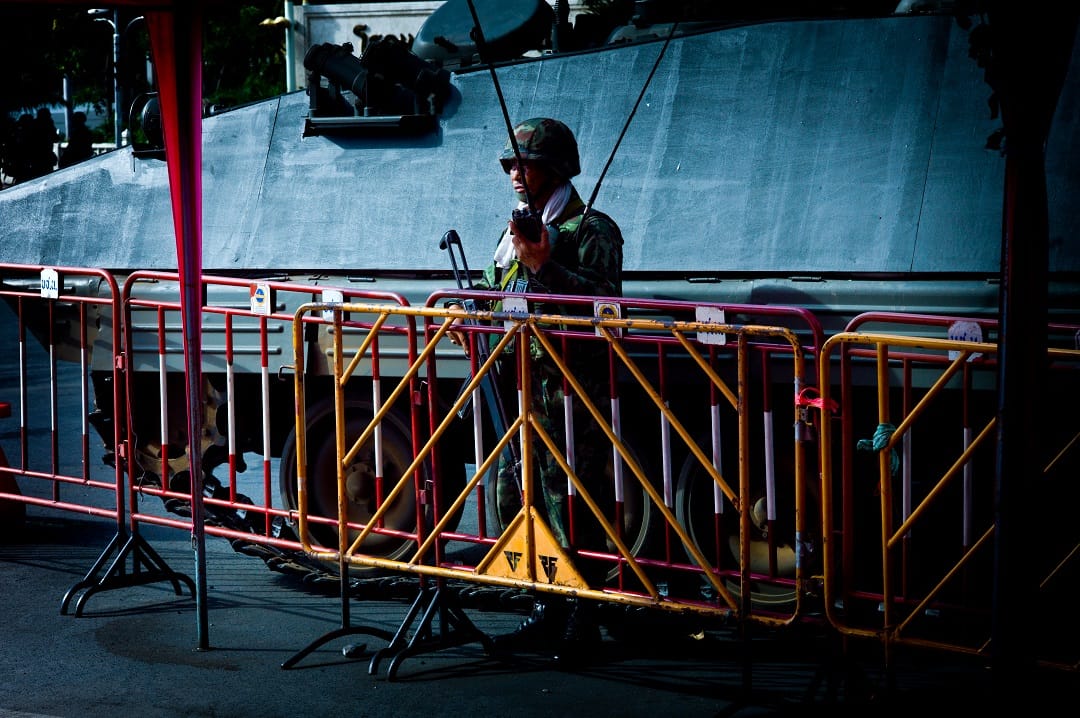 Can Thailand Really Hide a Rebellion?

On Aug. 11 and 12, coordinated bombings and arson attacks in tourist destinations in seven provinces of peninsular Thailand killed four people and injured 35. No group claimed responsibility, and senior officials of the military government almost immediately decided that the bombings were not acts of terrorism. They also dismissed any link to Malay-Muslim militants who have been waging a separatist insurgency for the past 13 years in the four southernmost provinces.

That was an astounding statement in view of the insurgency by ethnic nationalists in the Malay-Muslim majority provinces, where violence has killed some 6,500 people since the beginning of 2004.

The prime minister, Gen. Prayuth Chan-ocha, rushed to imply that blame should be directed at domestic political opponents loyal to two former prime ministers, Thaksin Shinawatra and his sister Yingluck Shinawatra, who opposed a new constitution, drafted by the military, that assured continued power for Thailand’s ruling military clique. Voters approved the draft constitution on Aug. 7, amid heavy restrictions on campaigning against the charter.

Several opponents of the government, including members of the Thaksin loyalists’ Red Shirt movement have been detained, even though the bombings do not conform to the modus operandi of earlier violence associated with pro-Thaksin groups. Neither do they bear significant similarities to the bombing of a Hindu shrine in central Bangkok in August 2015 that killed 20 people.

The bombings do, however, bear the hallmarks of operations by the Patani-Malay National Revolutionary Front, which is known as the B.R.N. and is the main group fighting for the independence of the Malay-Muslim south of the country. The attacks were coordinated over several provinces, often employing two or more improvised explosive devices timed to detonate in sequence. The devices were small and, although lethal, were not designed or deployed to cause mass casualties. Also consistent with B.R.N. operations, there was no claim of responsibility.

Thai police investigators, contradicting the government’s narratives, said the bombs were typical of those used by militants in Thailand’s deep south. On Aug. 15, Deputy Prime Minister Prawit Wongsuwan conceded that the bombers might have been hired from the ranks of southern militants.

Thai authorities have a long record of ascribing acts of violence to domestic political rivals. In 1993, after militants set fire to 33 schools across the three southernmost provinces, some senior officials blamed “the old power clique,” who had lost influence following a recent change in government. Following a car-bomb explosion in the garage of a shopping center on the tourist island Koh Samui in April 2015, senior officials blamed a group of politicians who had lost power after a coup the year before.

These allegations were never substantiated, and the police eventually linked the bombing to other attacks in the deep south. Officials also tried to implicate Red Shirts in the bombing of a Bangkok shrine last year.

Why is the military government so anxious to deflect attention from the Malay-Muslim insurgency? First, officials deny that Thailand is a target for terrorism, especially terrorism arising from a chronic domestic insurgency. One goal is to protect Thailand’s vital tourism industry, which indirectly contributes 20 percent of the country’s gross domestic product.

Second, the military characterizes the insurgency as “disturbances” perpetrated by misguided individuals, which serves to minimize its political implications. Many Thai officials harbor a deep fear of international intervention, which they believe would eventually lead to partition. Further, acknowledging the recent attacks as the work of Malay-Muslim militants would also mean confronting the Thai military’s own counterinsurgency failures. Voters in the three southernmost provinces emphatically rejected the draft constitution, reflecting the region’s antipathy to the military and its centralization of power.

It is true that southern insurgents have largely refrained from attacking Thai targets outside the four southernmost provinces. But there are plausible explanations for why they might have decided to expand their operations now.

Last year, the International Crisis Group, an independent conflict-prevention organization, noted the possibility that the insurgents, faced with stalemate and diminishing returns from routine attacks in the deep south, might strike in tourist areas outside the traditional conflict zone. The senior leaders of the B.R.N. have rejected the military government’s faltering peace process, which to them seems designed to maintain a semblance of talks without the substance of negotiations. Now, the referendum result may have revealed the futility of expecting to engage with an elected government in Bangkok, since the draft constitution entrenches the military government’s power for at least another six years.

If, as available information indicates, Malay militants perpetrated the recent attacks, then the conflict has entered a disturbing new phase. For 13 years, the insurgency has had little effect on the lives of most Thais outside the deep south. Now, a wider insurgency risks stoking militant Buddhism and sectarian conflict.

Early last year, in spite of a ban on political gatherings of five or more people, large Buddhist demonstrations were held against a halal-industry zone in Chiang Mai and the construction of a new mosque in Nan Province in northern Thailand. Last October, a monk in Bangkok urged that a mosque be burned for every monk killed in the deep south.

It would be shortsighted and self-defeating of the generals running Thailand to insist on dismissing these latest attacks as a partisan vendetta unconnected to the conflict in the south. They should recognize the insurgency as a political problem requiring a political solution. That means restoring the rights of freedom of expression and assembly to Thai citizens, engaging in genuine dialogue with militants, and finding ways to devolve power to the region.