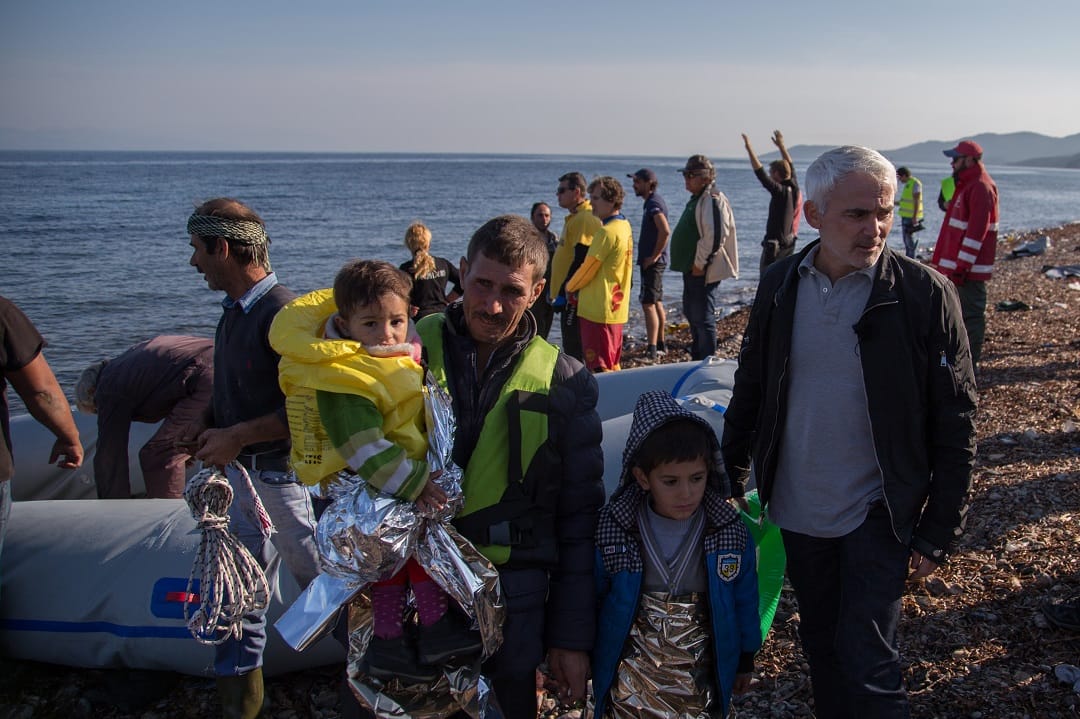 The International Crisis Group is delighted to announce the appointment of Frank Giustra, long-time Crisis Group Trustee and leading Canadian businessman and philanthropist, as Co-Chair of Crisis Group’s Board of Directors. Mr. Giustra will serve alongside Lord Mark Malloch-Brown, Chair of the Board since 2013.

“Frank has been a passionate supporter and active member of Crisis Group’s board since he joined in 2005, establishing a pioneering fellowship program that develops young talent around the globe and pushing us towards newer and more effective communication and advocacy”, Lord Malloch-Brown said. “His own work – whether on refugees, on Haiti or on Venezuela – consistently reflects our organisation’s values and preoccupations”.

In 2019, Giustra played an active role in supporting Crisis Group’s campaigns, notably its efforts to help end Yemen’s devastating war. In June the same year, he was appointed as a Member of the Order of Canada.

“I am honoured to take on the role of Co-Chair of Crisis Group”, Mr. Giustra said. “Resolving and preventing deadly conflicts are the most important and cost-effective way to achieve the changes in the world that are dearest to my heart: saving lives that would otherwise be the casualties of war, and stopping at source the terrible suffering of all those forced out of their homes or out of their countries as refugees”.

“Frank has long been an advocate for Crisis Group with steadfast faith in conflict prevention and the importance of explaining to people around the world why it matters”, said Robert Malley, Crisis Group’s President & CEO. “His philanthropy is testament to his humanity and generosity of spirit. I can think of no better partner”.

Mr. Giustra has been unwavering in his commitment to philanthropy and to mitigate the human cost of war, not least by supporting refugees fleeing conflict and persecution. His philanthropy, including the work of the Giustra Foundation, a Canadian charity that he founded in 1997, along with Acceso, a social business builder that brings entrepreneurial solutions to global poverty, has focused on humanitarian assistance, poverty alleviation and the resettlement of hundreds of refugees into Canada from Syria, Sudan, Iran and DR Congo.

Frank Giustra is President and CEO of the Fiore Group, a private firm managing a broad portfolio of private equity investments and companies, specialising in food and lifestyle, art and entertainment, and natural resources. Mr. Giustra's entrepreneurial success includes founding Lionsgate Entertainment, and since then is a major shareholder of Thunderbird Entertainment Group. Mr. Giustra is a strong believer in philanthropy, and devotes much of his time to a variety of causes both locally through The Giustra Foundation and globally with Acceso. Since 2005, Mr. Giustra has been an active Board Trustee with the International Crisis Group. Mr. Giustra sits on a variety of non-profit, private and public boards.

Crisis Group is the world’s premier conflict prevention organisation, with 120 staff covering 55 wars and crises around the globe. The Board includes 47 individuals from 31 countries. Crisis Group’s work is based on its analysts’ field research, which involves talking to all parties; on sharp analysis of conflict dynamics; and on the development and global advocacy of pragmatic, principled solutions to prevent, mitigate or resolve deadly conflict. From helping shepherd and preserve the Colombian peace deal to averting a catastrophic assault on the Yemeni port city of Hodeida; from contributing core ideas for the Iran nuclear deal to sounding alarm bells over Nigeria’s herder-farmer violence and Cameroon’s Anglophone crisis, Crisis Group makes a real difference.