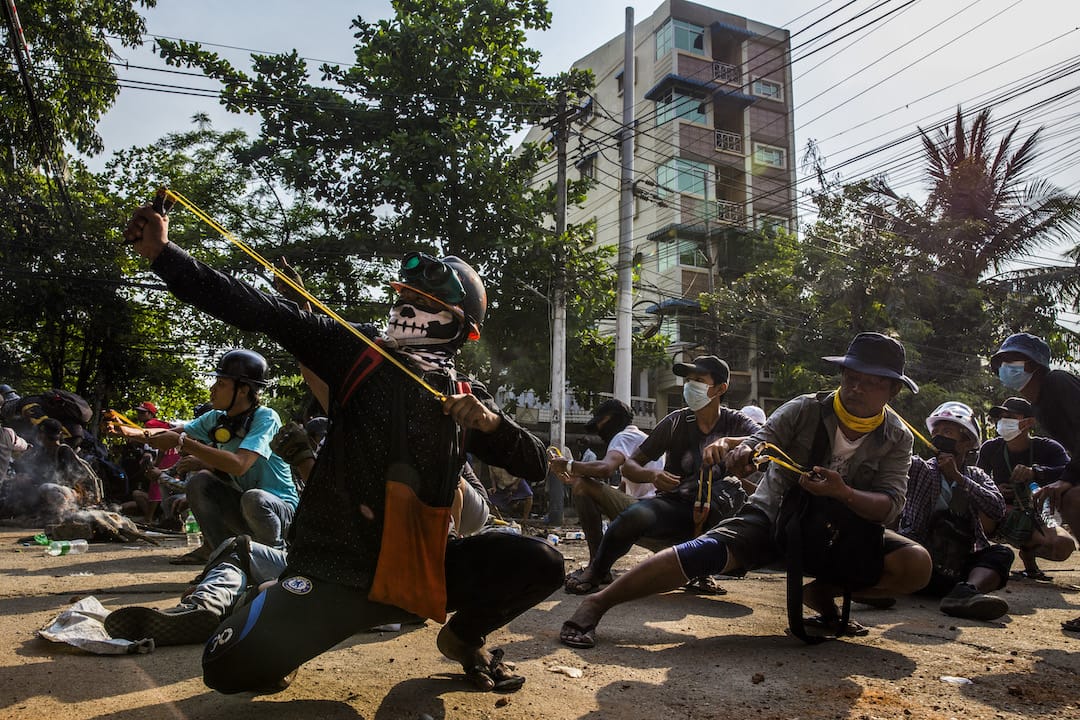 During a clash, protestors defend themselves using homemade weapons such as slingshots and toy guns, as the security forces fired on the protest, in Tharketa township, Yangon, Myanmar, March 28, 2021. Anonymous / The New York Times
Media Release 16 May 2022

Journalists working in today’s conflict zones face increasing dangers in their efforts to provide the public with information. They are paying a heavy price. Not even halfway through 2022, seventeen journalists have already lost their lives in the line of duty, many of them in Ukraine.

Reflecting our deep admiration for what journalists do, and their bravery in doing it, the International Crisis Group is proud to become a partner of the Bayeux Calvados-Normandy Award for war correspondents and a sponsor of the Grand format Television Prize.

Crisis Group believes strongly in a free press, which plays a vital role in raising awareness about deadly conflicts, not only wars that dominate Western news coverage, but also those that are too often neglected or forgotten, in Yemen, South Sudan or DR Congo. Journalists also explore the causes of conflict and the motives of the combatants, often lighting the way for diplomats and others working to end wars and build peace. In this regard, the work of journalists frequently helps us at Crisis Group pursue our own conflict prevention mission.

The Bayeux Award for war correspondents is a prestigious international annual prize for reporters covering conflicts or post-conflict situations. The award recognises outstanding reporting about a given conflict and its impact on civilians, as well as about the defence of freedom and democracy.

“I’m thrilled that Crisis Group is a partner of the Bayeux Calvados-Normandy Award”, said Comfort Ero, President and CEO of Crisis Group. “I have immense respect for the work of journalists in conflict zones, who have to navigate the dangerous front lines of conflicts and often battle disinformation”. “Video documentaries can be a powerful tool in shedding light on overlooked conflicts or complex situations as they bring a unique human perspective and can eventually contribute to helping solve them”, she added.


There are ten prizes of €7,000 in all categories of media: written press, radio, television and photography. Bayeux also honours a young reporter. An exhibition of the nominees’ work precedes the award ceremony. This year's event will be held from 3 to 9 October 2022 in Bayeux, France.

We encourage members of the press to submit here their reports or news stories by 7 June 2022. The reporting must have occurred between 1 June 2021 and 31 May 2022. For the Grand format Television Prize, the length of the report must be between six and 30 minutes. 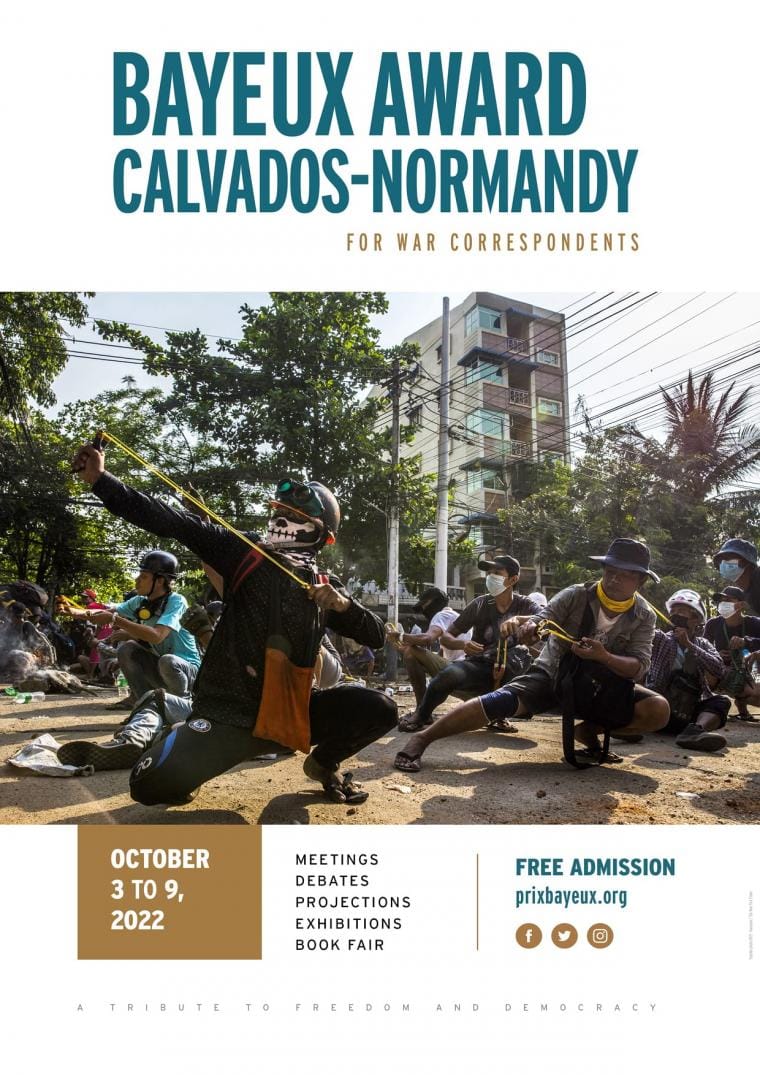 Lebanon: A Journey to the End of the State