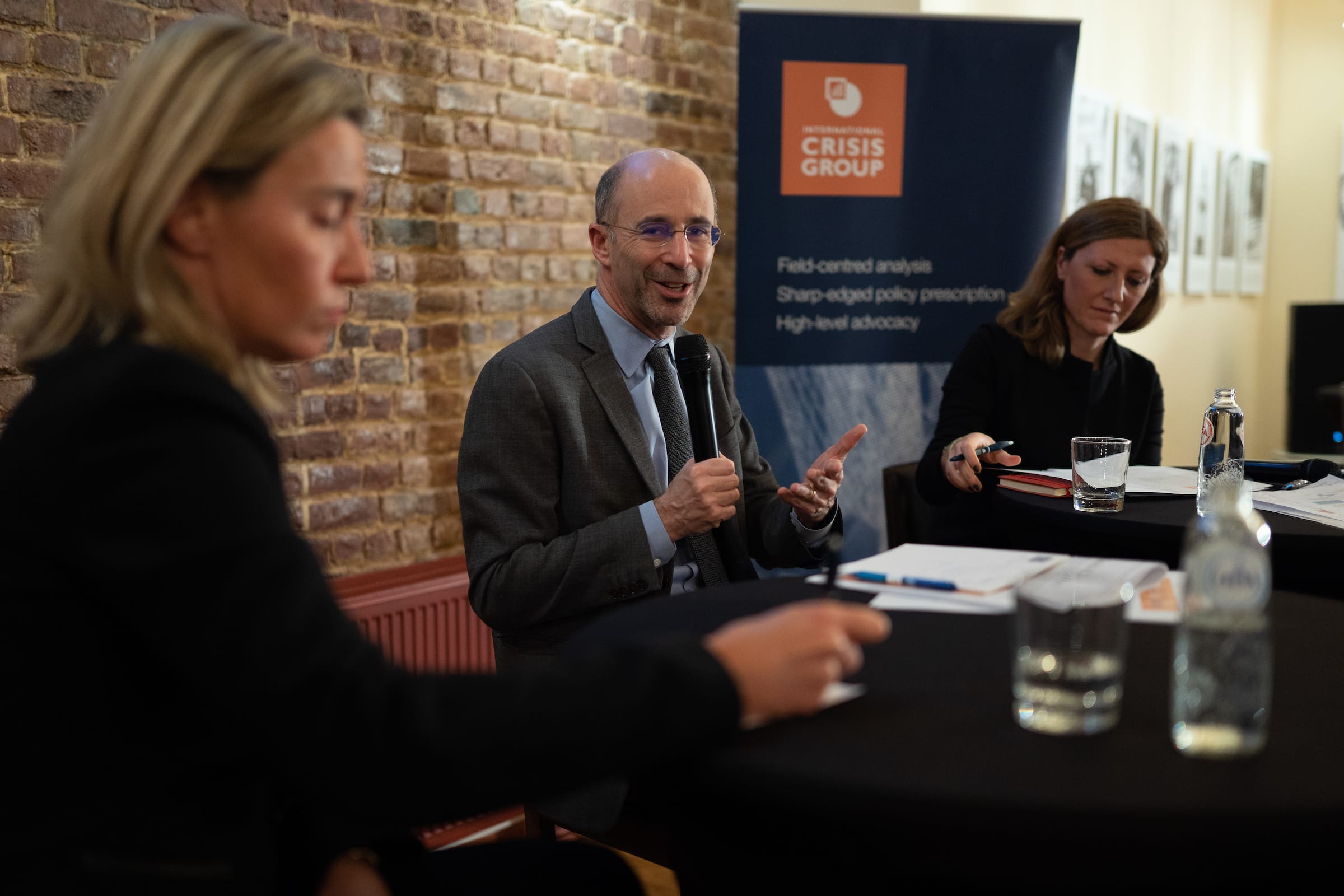 Robert Malley’s appointment to be the new U.S. Special Envoy for Iran means he will step down as President & CEO of the International Crisis Group.

The President & Chief Executive Officer of the International Crisis Group, Rob Malley, is stepping down after three years leading the independent conflict-prevention organisation to serve as Special Envoy for Iran for President Joe Biden in the new U.S. administration.

"Crisis Group has been my home away from home, on-and-off for nearly two decades. I take enormous pride in everything the organisation and my exceptional colleagues have done over the years on behalf of men and women around the globe who are victims of conflict. They have taught me so much, and I will take these lessons with me. I have no doubt that Crisis Group will continue to play an invaluable role in helping to prevent and resolve deadly conflict. I will miss my colleagues dearly and wish them every success”, Malley said.

Prior to rejoining Crisis Group as President & CEO in January 2018, Robert Malley served in the Obama administration as Special Assistant to the President, Senior Adviser to the President for the Counter-ISIL Campaign, and White House Coordinator for the Middle East, North Africa and the Gulf region. He also served as Special Assistant to President Clinton for Arab-Israeli affairs and Director for Near East and South Asian Affairs at the National Security Council.  Before joining the Obama administration, he was for a decade Crisis Group’s Program Director for Middle East and North Africa.

“Under Rob’s leadership, Crisis Group’s ingenuity and productivity have reached new heights. Rob effortlessly led the organisation through these unprecedented times, remaining deeply committed to advancing Crisis Group’s mission while prioritising staff well-being and morale. I wish him the best of luck in his next challenge”, said Lord Malloch-Brown, Co-Chair of Crisis Group’s Board of Trustees.

“While Rob is leaving Crisis Group, his passion for the organisation, his exemplary character and his compassion for the people impacted by conflict will continue to be reflected in our work”, said Frank Giustra, Co-Chair of Crisis Group’s Board of Trustees. “Rob leaves the organisation as strong as it’s ever been, and it will continue to provide indispensable insight and advice on the prevention and resolution of deadly conflict”.

Two long-serving Crisis Group staff members will assume interim leadership of the organisation during the recruitment of a new President & CEO. Richard Atwood, currently Chief of Policy, will serve as interim President and Comfort Ero, Africa Program Director, will be the organisation’s interim Vice President from 29 January 2021.