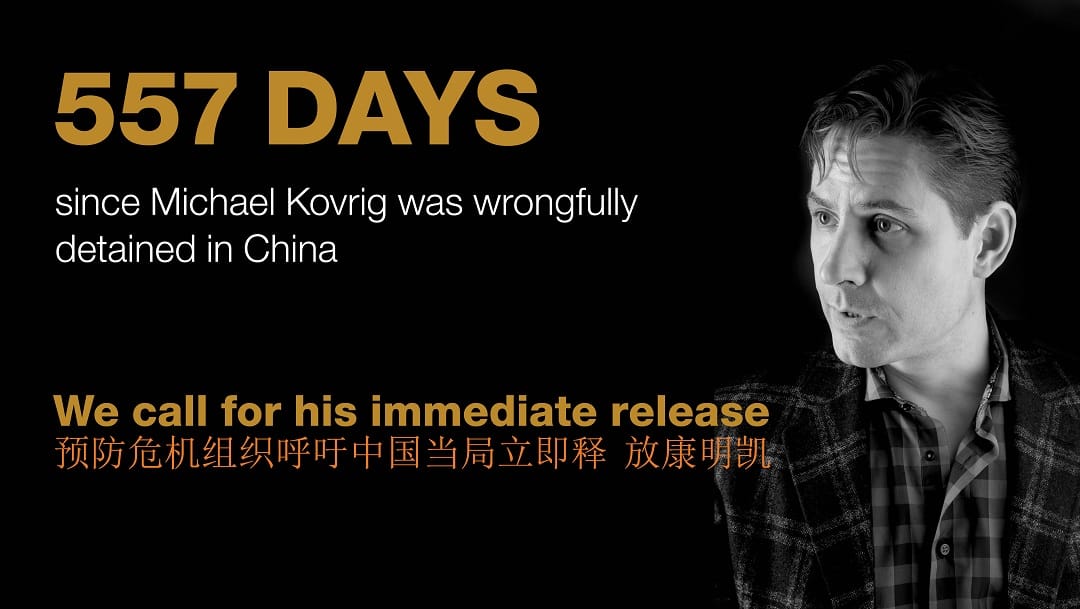 Today’s decision by China to formally charge our colleague Michael Kovrig is groundless, indefensible, and sadly unsurprising. From the moment Michael was detained and for the ensuing 557 days, this has been a case of political action disguised as a legal one. China’s authorities claim without any justification that Michael was stealing state secrets, but nothing in this case is secret: neither Michael’s work, which was always fully transparent, nor the reasons behind China’s actions.

“This is yet another arbitrary and baseless step in a case that has been arbitrary and baseless from day one. Michael was not endangering China’s security: everything he was doing was in the open and well known to China’s authorities”, said Crisis Group’s President and Chief Executive Officer Robert Malley. “Today’s charges change nothing to our resolve to secure Michael’s release and to our hope and expectation that he will soon be reunited with his loved ones.”

Throughout his time with Crisis Group as a Senior Adviser for North East Asia, since February 2017, Michael distinguished himself with his rigorous and impartial reports, regularly interviewing Chinese officials to accurately reflect their views. His relations with Chinese authorities were always transparent and constructive. His work reflects that of Crisis Group experts worldwide, whose mandate is to engage with policymakers to help them prevent or resolve deadly conflicts.

“Nothing Michael did harmed China”, said Crisis Group’s co-chair Frank Giustra. “By pursuing these charges against him, China risks dealing a self-inflicted blow to its goal to show the world that it is a responsible global power. Far from winning hearts and minds, it will lead to less dialogue and greater distrust among business leaders, academics and diplomats around the world.”

Michael should not be a pawn in a broader struggle among the United States, Canada and China. We call for his immediate release.