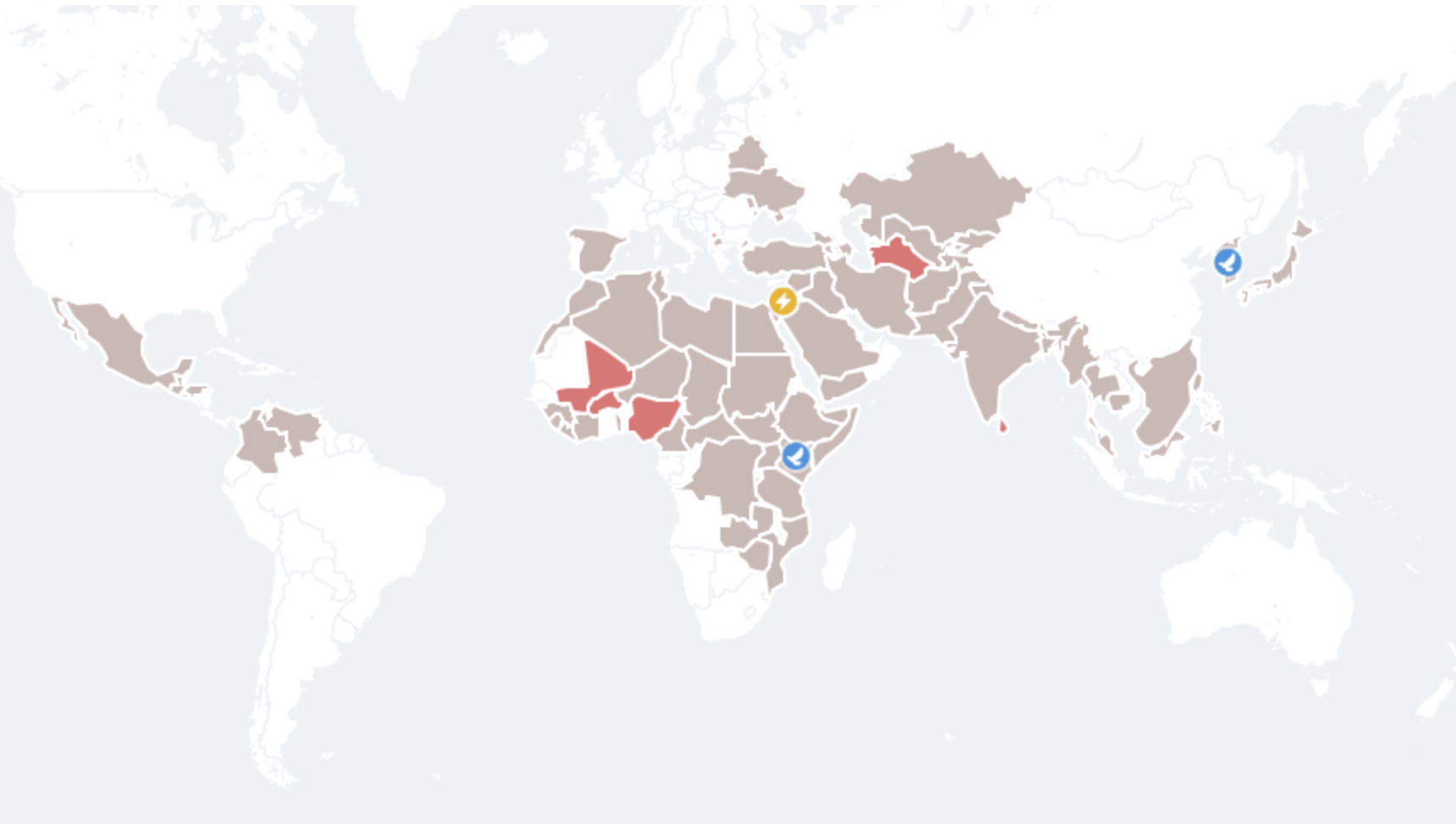 March saw Israeli forces respond with deadly force to the largest Palestinian marches in years at the Gaza-Israel border fence, killing fifteen protesters in one day. Violent confrontations risk increasing in the coming weeks, as protests continue in the lead-up to Palestinians’ commemoration of their expulsion from Israel. Sri Lanka faced its worst outbreak of anti-Muslim violence since 2014, while tensions flared between Kosovo and Serbia, and Turkmenistan saw protests over food shortages. In West Africa, jihadists launched their best organised and most sustained attacks yet on Burkina Faso’s capital, and central Mali, on top of ongoing jihadist violence, witnessed a rise in attacks between Fulani and Dogon communities. In Nigeria, the Boko Haram insurgency, herder-farmer killings and rural banditry together pushed the monthly death toll to at least 300. On a positive note, surprise talks between Kenyan President Uhuru Kenyatta and opposition leader Raila Odinga created an opening for dialogue and political reform. In North East Asia, tensions increased between Taiwan and China, while on the Korean peninsula an inter-Korean summit in late April and planned talks between U.S. President Trump and North Korean leader Kim Jong-un in May offer an opportunity to make progress on security issues.

The Israel-Palestine conflict veered toward greater violence as Israeli forces used live fire, rubber-coated bullets and tear gas to push back tens of thousands of Palestinian protesters massing at the border fence dividing Gaza and Israel, killing fifteen. The toll could rise in April as Palestinians plan to keep up the protests – demanding the right to return to Israel – until 15 May when Palestinians mourn the nakba, the expulsion of some 750,000 Palestinians from their homes in Israel during the 1948 war. As we explained, the protests are an attempt by Palestinians – disillusioned with international mediation initiatives – to take matters into their own hands. Beyond alleviating the humanitarian crisis in Gaza, to reduce the risk of escalation, protest organisers should do their utmost to keep the marches peaceful and Israel must cease responding with deadly and disproportionate force.

Jihadist attacks in Burkina Faso’s capital Ouagadougou on 2 March targeting the military headquarters and French embassy marked an alarming escalation. The assailants were better organised, armed with heavier weapons and their assault more sustained than anything the Sahelian country has seen so far. More worrying still, information suggests they had help from members of the security forces. If confirmed, this could further divide an already fragile army. Mali’s knotted conflict saw an uptick in violence in the central region, with an intensification of attacks by ethnic militias against their rivals – between Fulani and Dogon in particular – and jihadist attacks on both soldiers and civilians.

Three strains of deadly violence saw the monthly death toll in Nigeria rise to at least 300. Boko Haram insurgents kept up attacks, including on a military base and a camp for people forced to flee their homes. Retaliatory killings between herding and farming communities continued to spiral and spread to new areas in the south, leaving at least 190 dead. Banditry in Kaduna and Zamfara states also flared.

Sri Lanka was rocked by its worst outbreak of anti-Muslim violence since 2014 in the central Kandy district in early March, leading the government to declare a ten-day state of emergency and impose unprecedented restrictions on social media. In our commentary looking at the factors behind this violence, we call for the government to act urgently to enforce laws against hate speech and prosecute those involved in organising the attacks.

Tensions between Kosovo and Serbia rose after Kosovo police detained a Serbian politician visiting ethnic Serb majority northern Mitrovica, claiming he had entered the country without permission. Further reports emerged from Turkmenistan of acute food shortages and rationing prompting small-scale protests and violence. These developments occurred amid a new low in relations between Russia and the West, as Britain alleged that Russia was behind the poisoning of a defected former Russian intelligence officer using military-grade nerve agent on UK soil in early March.

In North East Asia, tensions increased across the Taiwan Strait, with China strongly critical after President Trump signed the Taiwan Travel Act, which formally encourages visits between U.S. and Taiwanese officials, saying it violated the One-China policy that has been the foundation of U.S.-China relations for decades, and sends a “seriously wrong signal”. A rare opportunity opened up for diplomacy on the Korean peninsula as Seoul and Pyongyang agreed to hold an inter-Korean summit in late April – the first since 2007 – and North Korean leader Kim Jong-un and President Trump agreed to meet for direct talks in May. As Crisis Group has noted, although caution is warranted, continued talks among the three parties could extend the current détente and create a stable forum for longer-term dialogue on vital security issues, potentially including North Korea’s weapons program.

In Kenya, President Uhuru Kenyatta and opposition leader Raila Odinga met for the first time since last year’s disputed presidential election and agreed to work together to end cycles of violence. But, far from a done deal, the meeting has created an opportunity to embark on the tough path ahead: starting dialogue to build consensus on concrete steps to prevent further bloodshed. Priorities include investigating police killings, police reform, reopening space for civil society and the media and, critically, political reforms that aim to reverse Kenya’s winner-takes-all politics.