The International Crisis Group welcomes the announcement on 30 March of the “Agreement for Peace Talks between the National Government and the National Liberation Army” (ELN) in Colombia, and the beginning of a public phase of negotiations. These talks, together with those nearing completion with the Revolutionary Armed Forces of Colombia (FARC) in Havana, are the greatest opportunity to end 52 years of armed conflict. The parties must now build confidence not only mutually, but also with a still sceptical public, synchronise both sets of talks and move rapidly to specific agreements, with full international support, particularly from the guarantor countries (Brazil, Chile, Cuba, Ecuador, Norway and Venezuela).

Negotiations with the ELN face many challenges. The first is that they are to begin while fighting continues, thus risking that violence may disrupt them. President Juan Manuel Santos has said the government will not advance the peace process while the ELN holds kidnap victims. The guerrillas have not announced the end of kidnappings, though they recently complied with the president’s request to release two hostages. With a bilateral ceasefire still remote, early agreement on de-escalation is essential. The ELN should consider a unilateral ceasefire, like those carried out by the FARC, to increase its legitimacy and that of the talks. 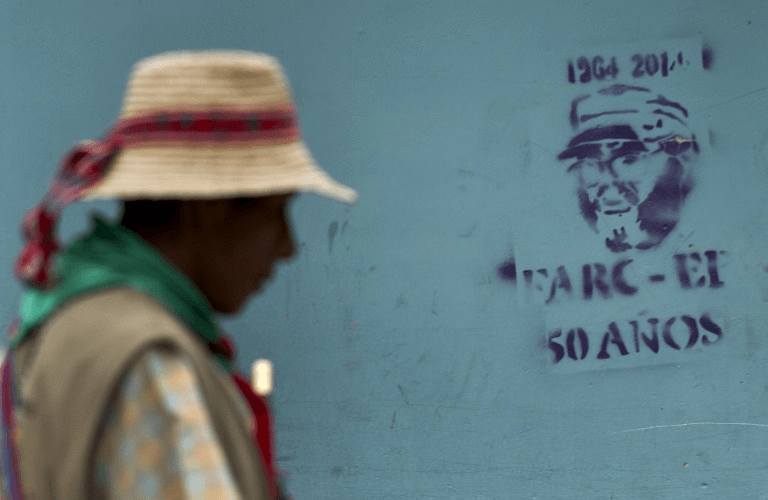 As a final peace accord with the Revolutionary Armed Forces of Colombia (FARC) nears, negotiators face an elaborate juggling act if they are to lay out a sustainable path for guerrilla fighters to disarm and reintegrate into civilian life. A viable transition architecture not only needs to be credible in the eyes of FARC but must also reassure a society that remains deeply unconvinced of the group’s willingness to lay down its arms, cut its links with organised crime and play by the rules of democracy. The failure of disarmament and reintegration would at best delay the implementation of reforms already agreed at the Havana talks since 2012. At worst, it could plunge the entire agreement into a downward spiral of renewed violence and eroding political support. Strong internal and external guarantees are needed to carry the process through a probably tumultuous and volatile period ahead.

There is a lot that can go wrong. Most of the 7,000 or so combatants, and three times that number in support networks, are concentrated in peripheral zones with little civilian state presence and infrastructure. Some guerrilla fronts are involved in the drug economy and illegal mining. In most regions FARC operates in proximity to the National Liberation Army (ELN), Colombia’s second guerrilla group, or other illegal armed groups, exposing its members to security threats and an array of options for rearmament, recruitment and defiance. Major doubts linger about the military’s commitment to the peace process, and its readiness to take the steps necessary to end the conflict. Political violence has subsided from the paramilitary heyday but could grow again, and FARC has not forgotten the thousands of killings that decimated the Patriotic Union (UP), a party it created as part of peace talks in the 1980s. And after decades of conflict with a rising civilian toll and negotiation efforts that ended in bitter failure, the parties are feeling their way forward amid deep mutual distrust and strong political opposition.

None of these problems has a perfect short-term fix. But the starting position is not all bad. Colombia can tap into three decades of experience in reintegrating members of illegal armed groups and it has more financial and human resources than most post-conflict countries. FARC’s command and control structures are in decent shape and guerrilla leaders have a strong interest in a successful transition. The Havana agenda, which alongside the “end of the conflict” includes rural development, political reintegration, transitional justice and the fight against illicit drugs, is, at least on paper, broad enough to embed the reintegration of FARC into a long-term peacebuilding strategy, particularly focused on the most affected territories. Finally, in sharp contrast to the paramilitary demobilisation, the region and the wider international community are strongly supportive.

Negotiators need to agree on a reintegration offer that allows FARC to close ranks behind a transition process riddled with uncertainty and ambiguity. Given its deep-seated distrust toward the state, the best way to achieve this is, probably, to give FARC a stake in reintegration, capitalising on its cohesion. This would minimise the risk that FARC could split over the transition. But the parties must also be aware of and carefully manage the drawbacks to such a solution. To make a collective reintegration model palatable to a society disinclined to be generous to FARC and sceptical of its true intentions, negotiators should agree on strong measures of accountability, oversight and transparency. They also need to promote local transitional justice to avoid an intensification of communal tensions following the arrival of FARC combatants.

Such a long-term reintegration offer would probably facilitate the fraught negotiations over the conditions under which FARC is willing to abandon the conflict early on in the transition. A bilateral ceasefire needs to go into effect immediately after a final accord has been signed. This will require military de-escalation well ahead of that, but a formal ceasefire will only be sustainable once FARC’s forces have been concentrated in assembly zones. After the agreement has been ratified, measures for “leaving weapons behind” (or disarmament) should begin. These are irreversible, risky steps, and convincing the guerrillas to take the plunge will not be made easier by the government’s refusal to negotiate broader changes to the security forces. But the shared interest in a stable post-conflict period should provide sufficient space to hammer out a workable solution. Alongside security safeguards and interim measures to stabilise territories with FARC presence, this should include early progress in implementing key elements of the peace agreement and the establishment of a joint follow-up committee to ensure that the accords will be honoured after disarmament has been completed.

Implementing the agreements will largely be the responsibility of the government and FARC. But in Colombia’s sharply polarised environment, international actors will have to play a crucial role. An international, civilian-led mission should be invited to monitor and verify the ceasefire and disarmament. For such monitoring to be successful, the mission needs to have the necessary autonomy from the parties and the technical as well as the political capacity to deal with the predictable setbacks and disputes. Beyond that, international actors should remain engaged by providing high-level implementation guarantees, political support for contentious reforms, including of the security sector, and long-term financial commitment.

None of the elements needed to stabilise the immediate post-conflict period is entirely new in the Colombian context, but jointly they will break the mould of previous disarmament and reintegration programs. Flexibility and determination from the negotiators will be needed, alongside renewed government efforts to boost social ownership of the peace process, in particular in conflict regions. Previous transitions have faltered over high levels of violence, public indifference and timid international involvement. A bolder and faster response is needed this time to set Colombia on an irreversible path toward peace.