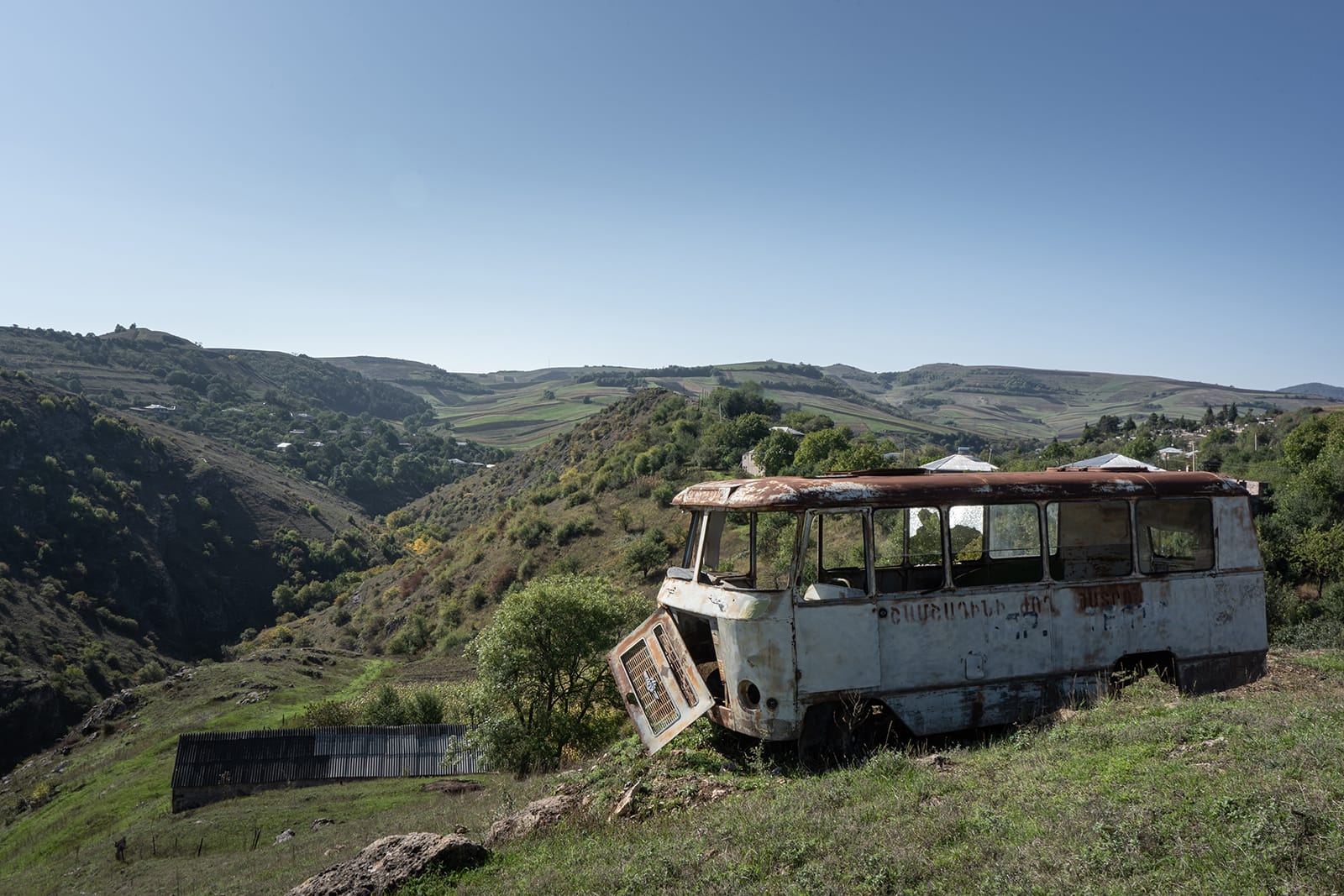 Sniper fire and clashes have become rare on the international border between Armenia and Azerbaijan. In a year that has seen positive steps to mitigate the decades-old conflict in and around Nagorno-Karabakh, this photo essay illustrates how some Armenian front-line villagers’ lives have slowly improved.

The dispute has cooled slightly this year, however, following the uprising that ushered in a new government in Armenia in April 2018. The two countries’ leaders have met several times, as have their foreign ministers. Two new hotlines connecting security personnel and political representatives, opened in September 2018 and March 2019, respectively, have helped defuse tensions along the frontier and reduce combat fatalities. Crisis Group had long advocated for these communication channels.

In September 2019, we travelled to Armenia to visit villages close to the international border with Azerbaijan. In many places, the long conflict has turned the frontier into a battle front. We also met with Armenian refugees from Azerbaijan in the Armenian capital, Yerevan. The pictures below illustrate what we found. 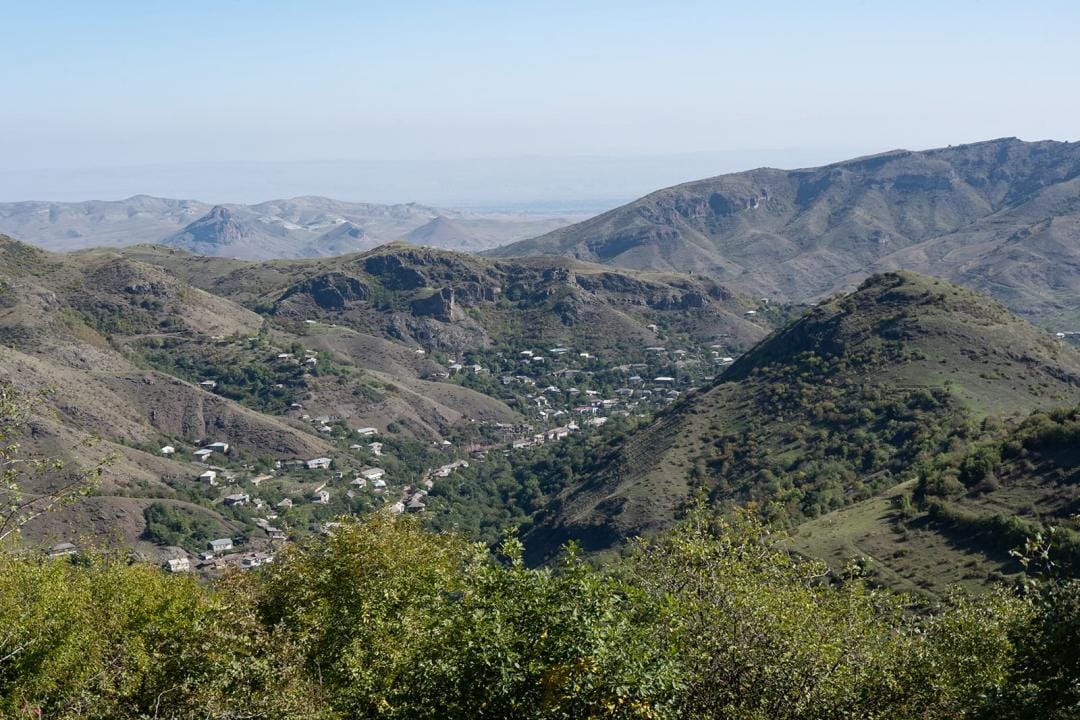 Azerbaijani sniper fire can hit almost every open-air spot in Movses, an Armenian village in the north-eastern region of Tavush, pictured here from the Armenian side. The Azerbaijani positions run along the flanks of the high mountain in the distance on the right. Shootings have become less frequent in recent months, but residents still feel at the mercy of an unresolved conflict. Isolation is also a major concern, as the only road linking Movses to surrounding villages is in poor condition. A second road closed by war in the 1990s reopened soon after Baku and Yerevan agreed to open communication channels in September 2018. Although it runs close to the heavily fortified border, some villagers have the courage to use it. 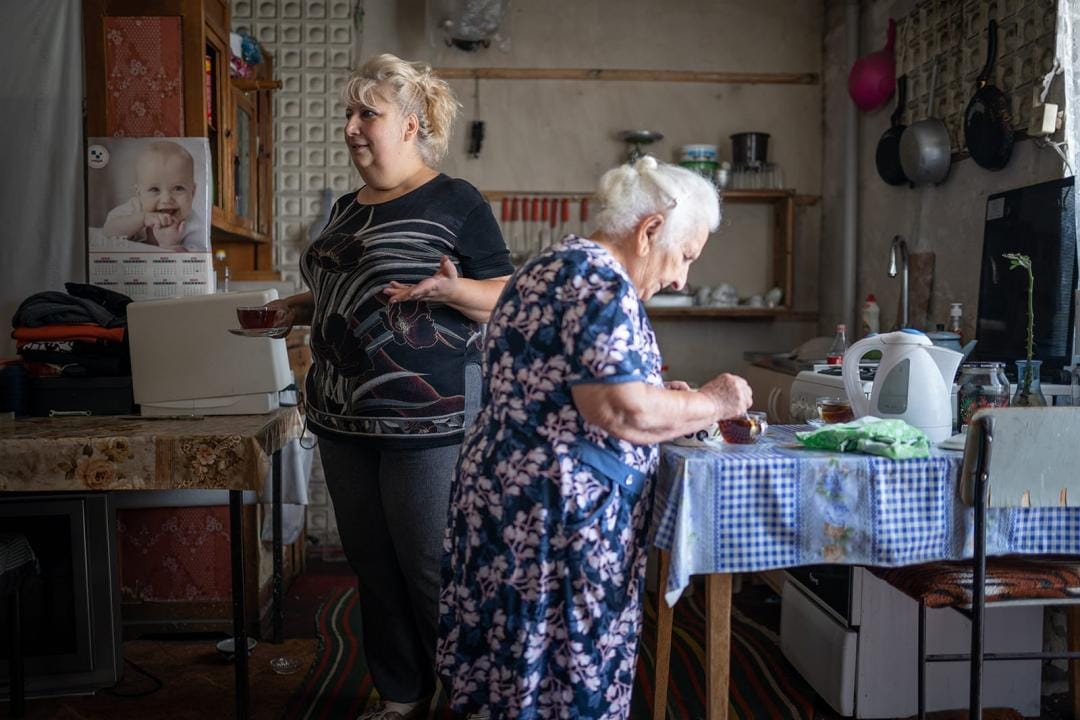 Rima Abrahamyan (left) is an Armenian refugee from Baku in Azerbaijan. She fled her native city 30 years ago and has been unable to return since then. For the last three decades, her home has been this single room in what was once an institute in the Yerevan slums. She shares the room with her mother (right) and her sons. Many other Armenian refugee families, who fled ethnic violence in Azerbaijan’s biggest towns in the conflict’s early years, also live in the building. Like Rima, they have been unable to go home.

More than 60,000 Armenian refugees from Azerbaijan reside in Yerevan. In the early 1990s, around 725,000 people were displaced, including more than 200,000 ethnic Armenians from Azerbaijan, and around 525,000 Azerbaijanis from the Nagorno-Karabakh conflict zone or Armenia. The Armenian authorities persuaded many refugees to accept Armenian citizenship, thereby waiving their legal rights as displaced persons and any aid to which they were entitled. Rima, however, refuses to become an Armenian national, even though has little hope of going back to Baku. 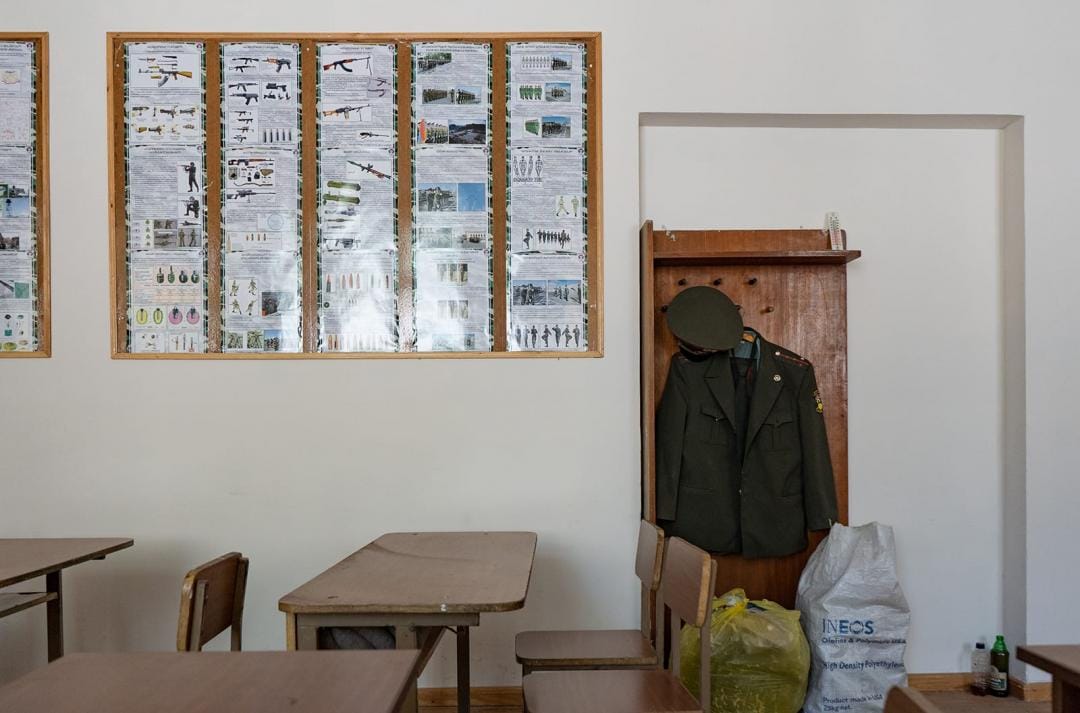 A soldier’s uniform and posters used for military instruction dominate a schoolroom in Movses, one of the most exposed villages along the international border with Azerbaijan. Sniper fire and clashes have been rare for the last few months. But the years-long deadlock in the peace process means that war-oriented attitudes are embedded in the policies of bureaucracies and entrenched in the thinking of the border population. 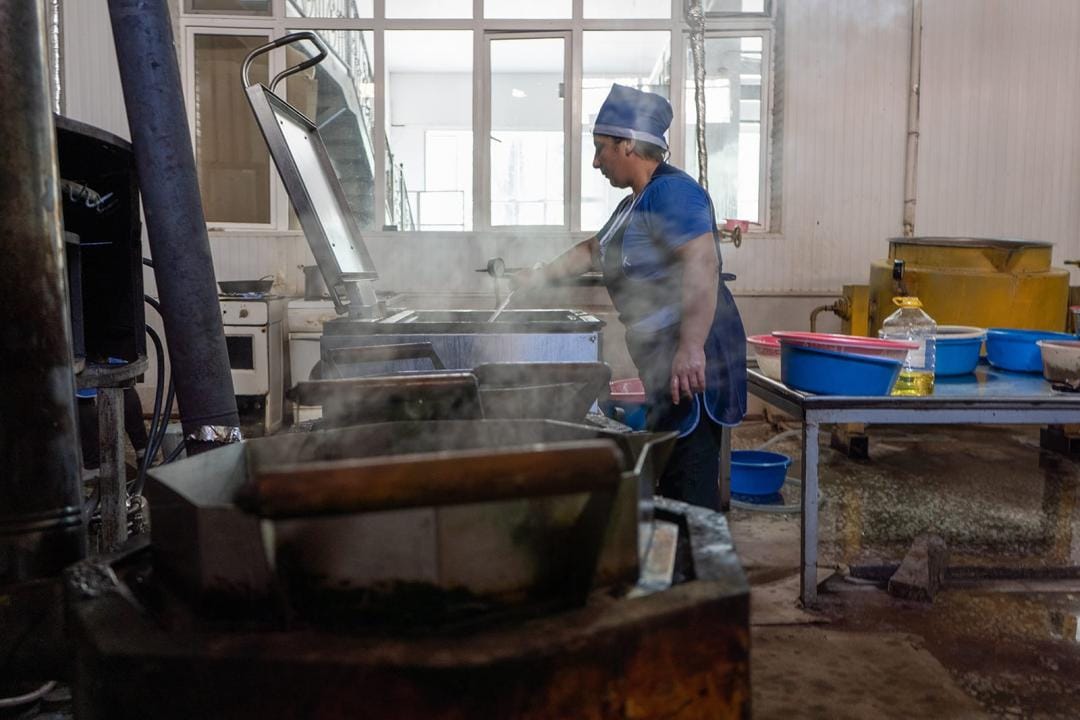 A woman fries aubergines in a cannery close to the Armenian border with Azerbaijan. The products are sold elsewhere in Armenia and exported to Russia, too. An entrepreneur set up the business with the idea of bringing investment to the area and discouraging migration from the surrounding villages. For decades, locals have steadily left the region as the Nagorno-Karabakh conflict remains unresolved. 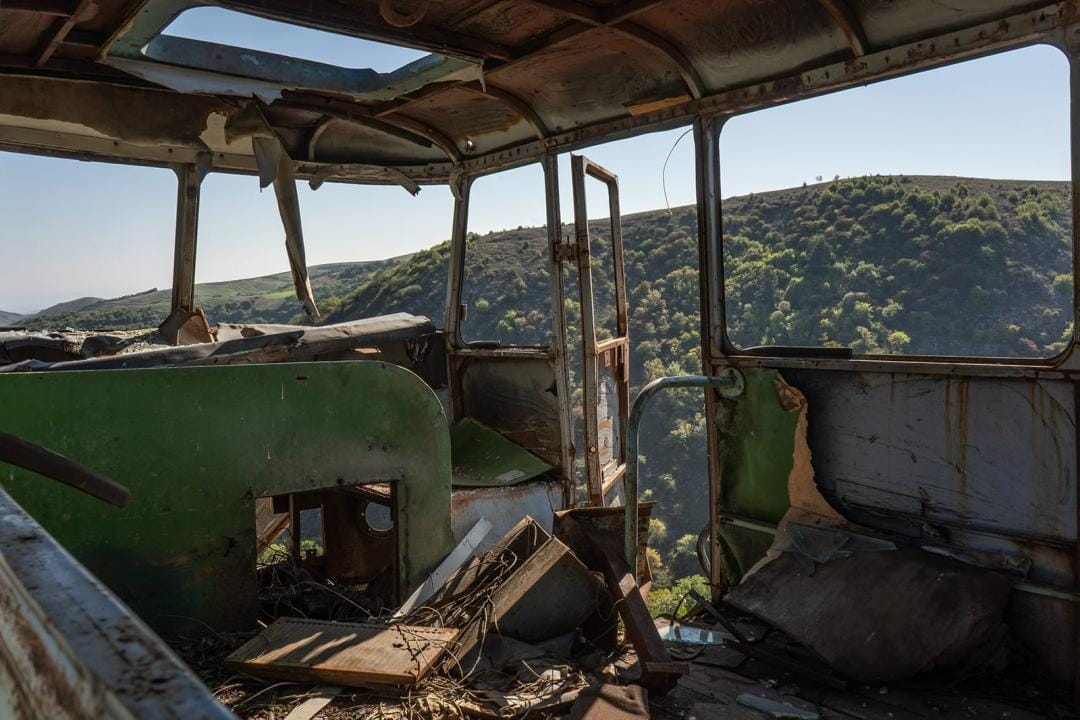 Destroyed vehicles dot the landscape along the Armenia-Azerbaijan border. This bus from Soviet times has been sitting for decades on this hill, close to the Armenian village of Movses, a silent witness to the stalemated conflict.

Barbed wire and hilltop forts are part of the scenery, too, and a constant sense of insecurity blights peoples’ lives. Locals welcome the calm that followed the opening of communication channels between the two countries, but occasional clashes and sniper fire feed the feeling of vulnerability, as do the minefields on village outskirts. Relations between the two states fluctuate, and bellicose posturing fuelled by domestic politics often heightens tensions along the border. 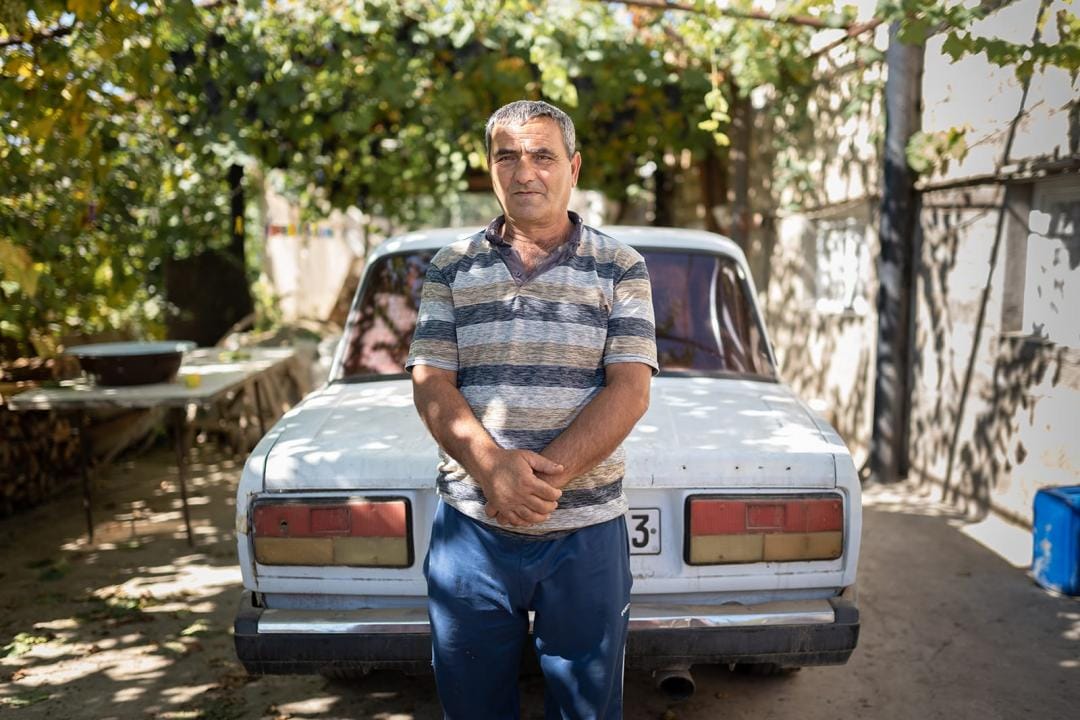 Levon Mariyanyan lives in the Armenian village of Paravakar, close to the border. His vineyards lie on a flat valley floor, which makes them an easy target for Azerbaijani riflemen posted in the heights above. One shot at him three years ago while he was leaving his farm, setting fire to his car.

“I served in Afghanistan in the late 1980s as a Soviet soldier”, he says. “I wasn’t shot at once over there. Who would have imagined that I would get shot at while tending grapes in my own country?” 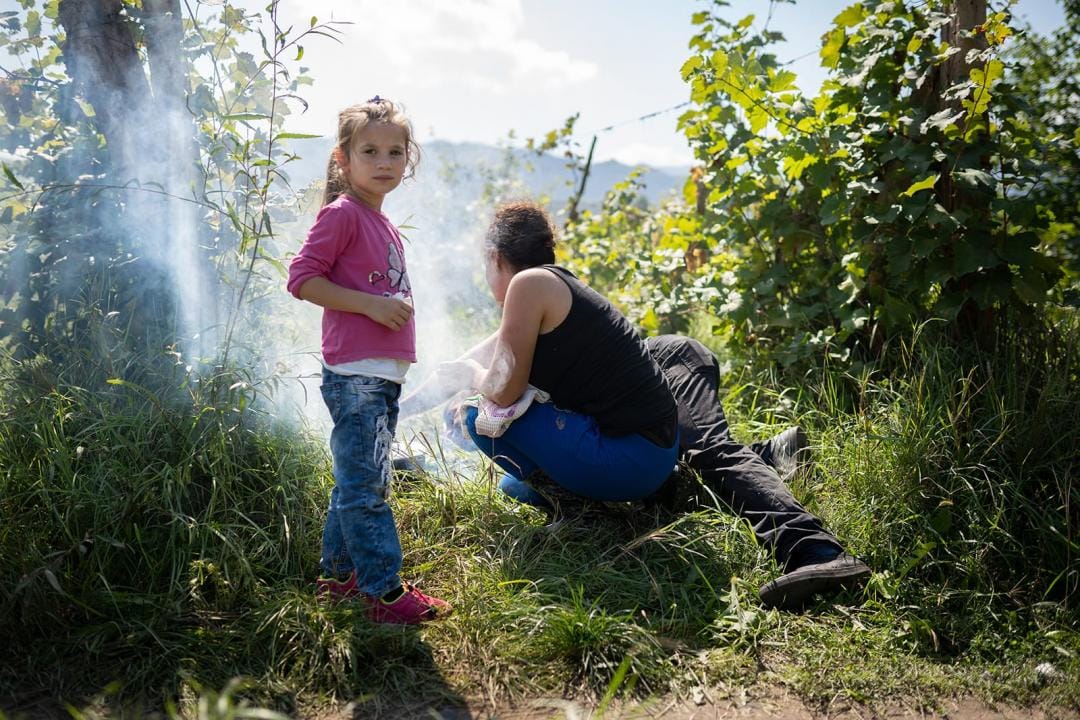 September brings the grape harvest here in the Armenian village of Chinari, just dozens of metres from the Azerbaijani front line. At the mid-morning break, farmers brew small pots of strong coffee amid the vines. Until recently, they could not pick their grapes for fear of Azerbaijani snipers in the surrounding hills. Shots still ring out from time to time, the farmers say, but they add that new security guarantees have made their work much safer. “It hasn’t been so calm for decades”, says one. 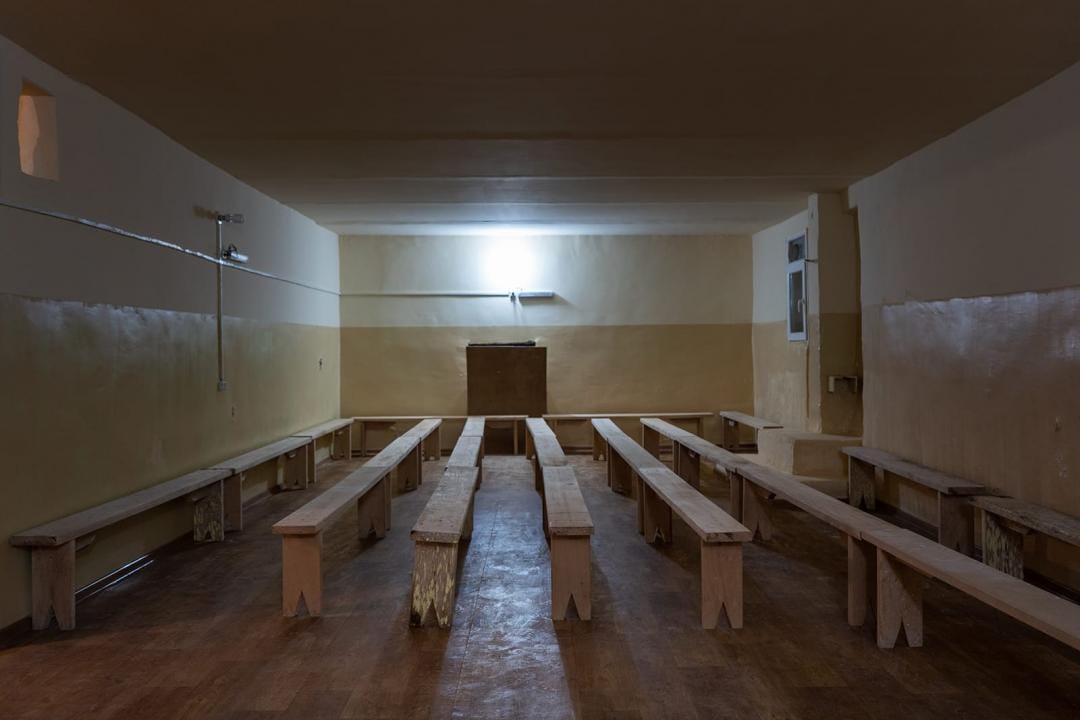 An underground shelter in a school close to the Armenian border with Azerbaijan. Many such facilities date back to Soviet times, when Moscow feared war with other world powers. Since the early 1990s, however, what has driven students into these fortified shelters is gunfire exchanged between the Armenian and Azerbaijani armies. 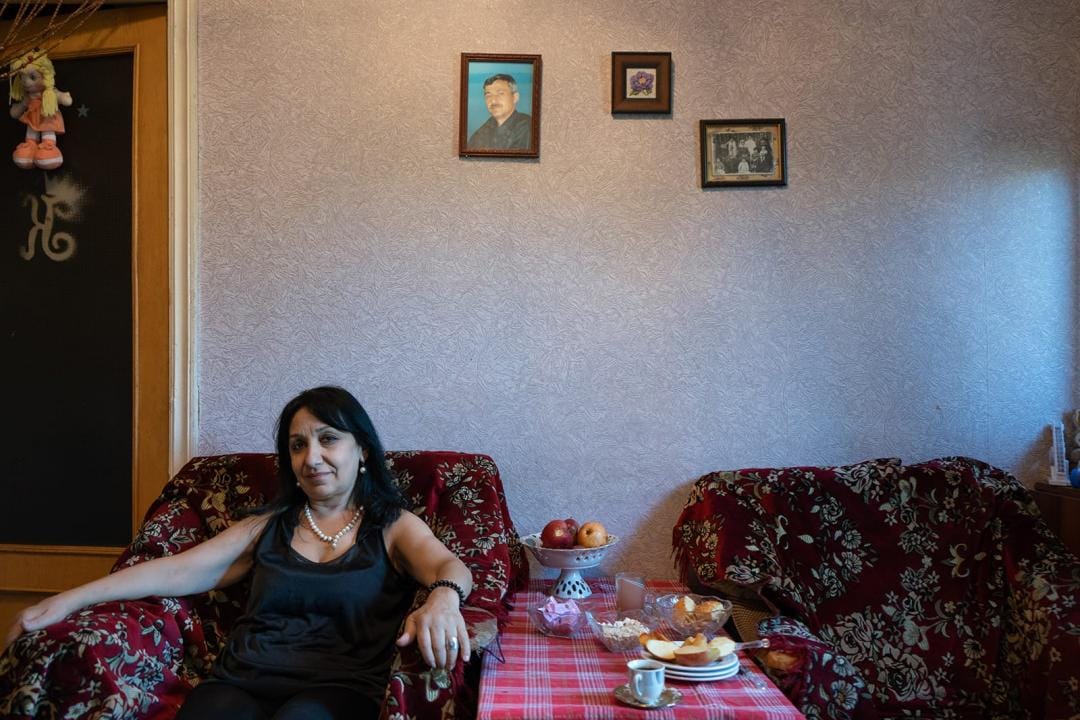 Inga Manukyan is an Armenian refugee from Baku in Azerbaijan. She and her husband fled three decades ago, in the early stages of the Nagorno-Karabakh conflict, following ethnic violence. She has been unable to return and now lives in two former dormitory rooms, sharing space with her son and grandchild. Her ex-husband died some years after fleeing to Yerevan, the Armenian capital, deprived of proper medical care. She still keeps the title deeds and other documents proving ownership of her family house and other properties in her native Baku, where she hopes to live once more. 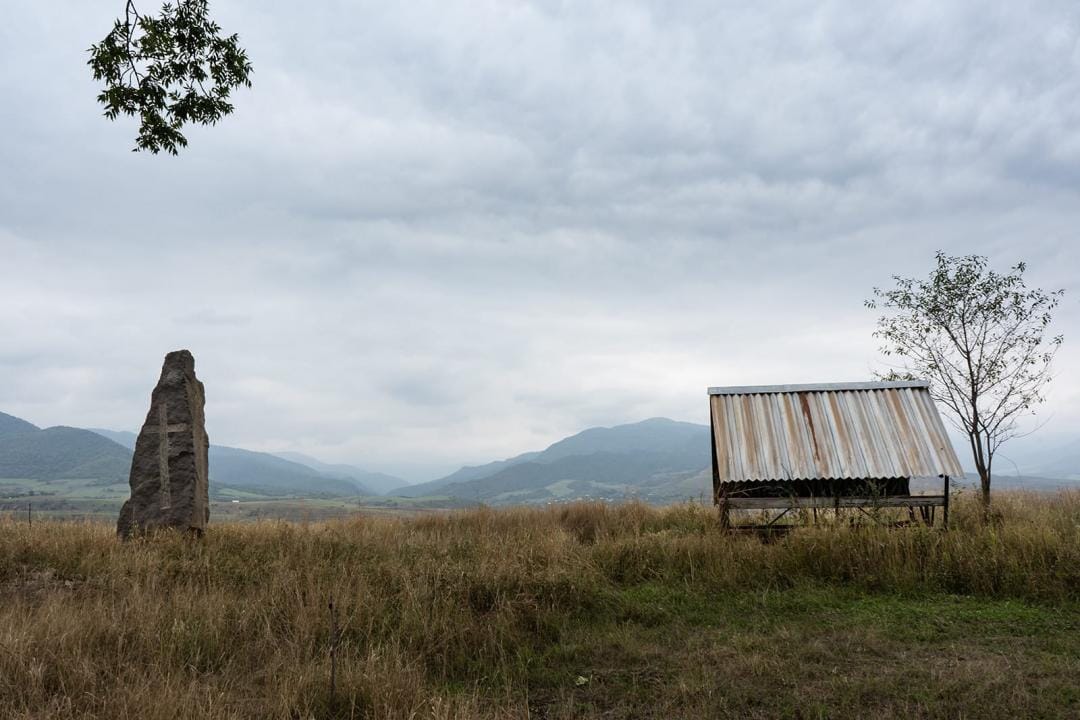 A stone with a cross carved on it stands by a disused shelter. Both sit atop a hill on the Armenian border with the Azerbaijani mountains in the distance. 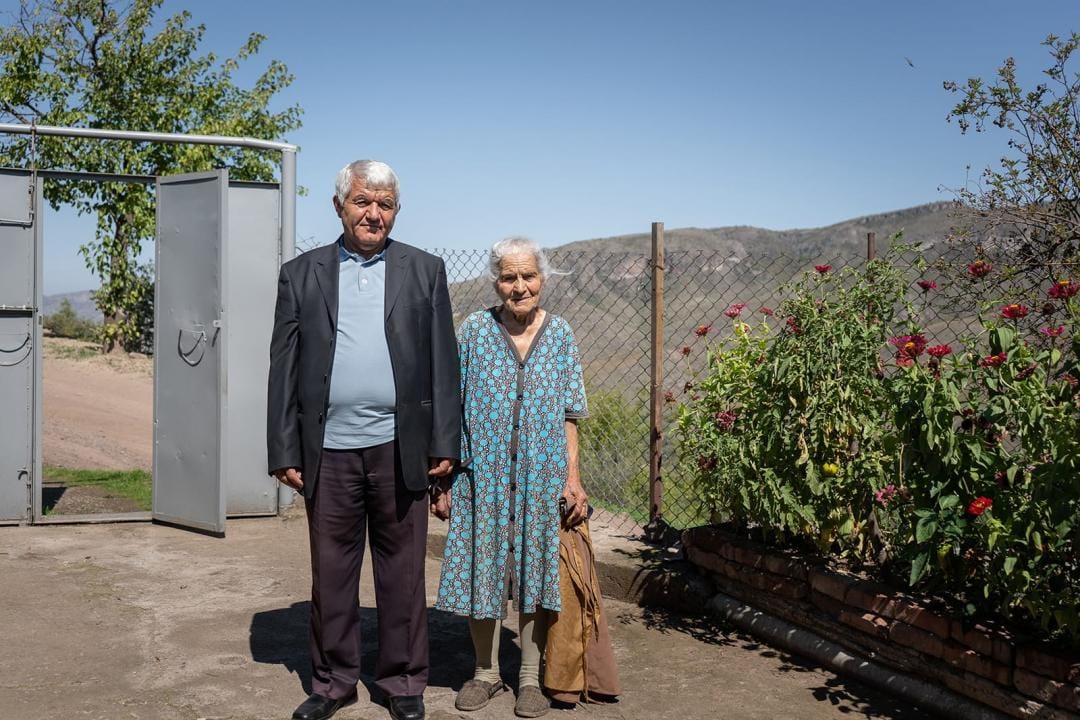 Sargis Arakelyan lives with his mother on a hilltop in the Armenian village of Movses. Their property has sometimes been hit by fire from the Azerbaijani military outposts lying in a direct line of sight on the mountains opposite. Sargis says his children – like many others over the years – have left town due to difficult living conditions, leaving the village depopulated. 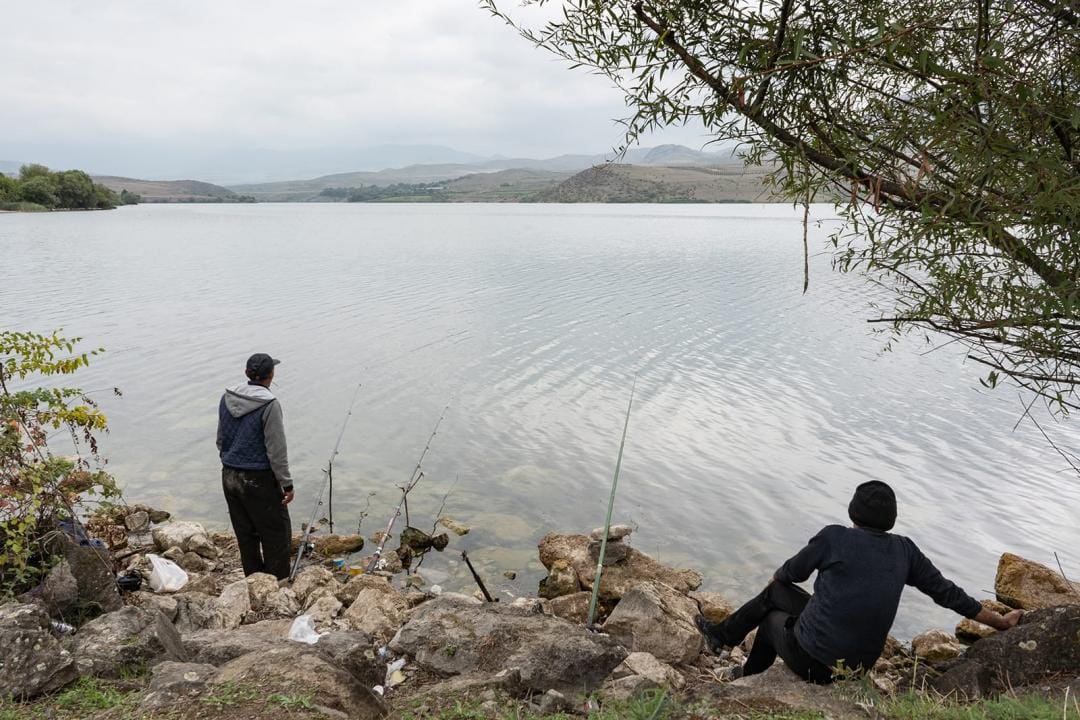 Two men fish on the Armenian side of Joghaz reservoir, which sits between Armenian and Azerbaijani military positions. Locals say that fishing in these tranquil waters, particularly by boat, is risky business. Sniper fire from the Azerbaijani mountains makes sailing farther out impossible, forcing fishermen to venture into the lake only at night, if at all. While tensions have calmed in the last few months, many are still afraid. Only an enduring political settlement of the Nagorno-Karabakh conflict will bring true peace to the region.

Video: Preventing a Bloody Harvest on the Armenia-Azerbaijan State Border