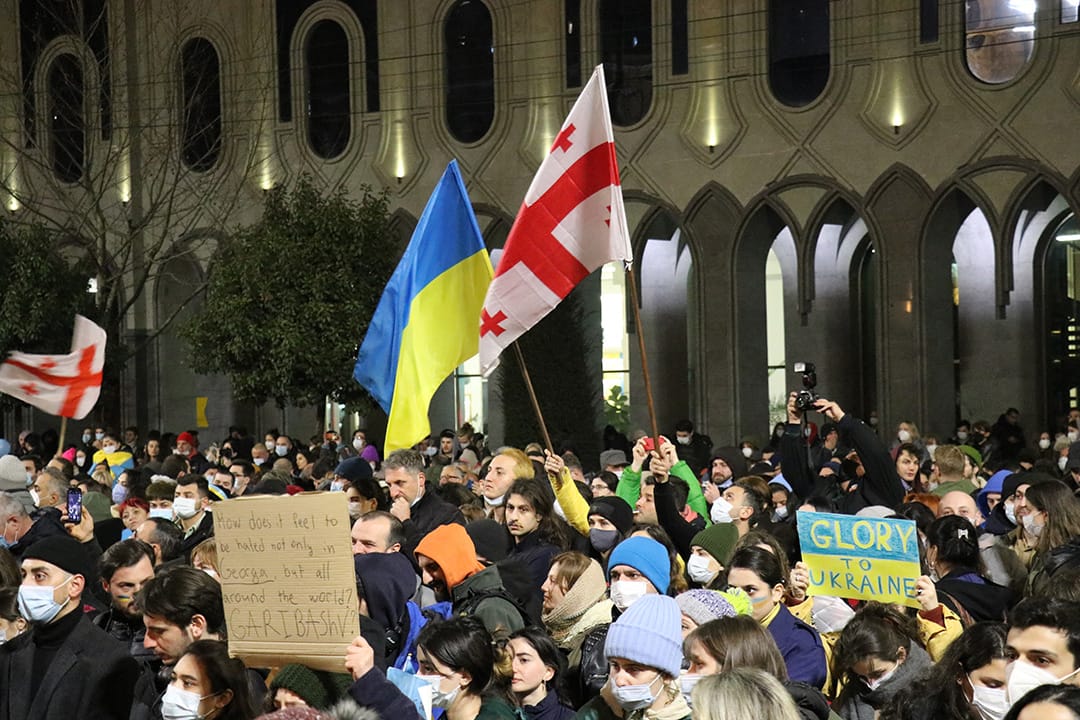 Georgia, a former Soviet republic that suffered its own Russian invasion in 2008 and Moscow’s destabilising support for its breakaway regions, is treading carefully on the war in Ukraine, fearing that if it upsets the Kremlin, it may be left to face the consequences alone.

Since the Russian attack on Ukraine began on 24 February, popular support for the besieged country has been everywhere to be seen in the Georgian capital, Tbilisi. Ukrainian flags hang on balconies and windows in distant suburbs, as well as by the doors of cafés and shops on downtown avenues. Every evening, the city centre becomes a sea of yellow and blue as thousands gather to show solidarity with Ukraine.

For many Georgians, the war recalls the Russian invasion of their own country in 2008. Following that five-day conflict, Russia recognised two Georgian breakaway regions – Abkhazia and South Ossetia – and stationed its troops there. Since then, Tbilisi has pushed even more strongly for closer integration with the West, via closer ties to the European Union (EU) and the North Atlantic Treaty Organization (NATO), even if membership in neither body seemed immediately likely.

Despite these parallels and the broad public backing for Ukraine, the Georgian government has tiptoed around the crisis, fearing the consequences of goading its powerful northern neighbour, Russia. The day after Russia invaded, Georgian Prime Minister Irakli Gharibashvili said his government would refuse to join any Western sanctions on Moscow, dismissing them as unproductive. Despite incurring citizens’ anger, Gharibashvili has remained cautious. “The capital of Ukraine is being bombed, and we see that there is nobody to stop this. Let us say directly that sanctions are not effective means”, the premier told a televised government meeting on 28 February. “We sympathise with everyone, but we must protect our country and people first”.

“A Bad Option and a Worse Option”

The Georgian prime minister was one of the few world leaders, and the only one among Russia’s immediate neighbours, who went public with such statements. He said hitting Moscow with more sanctions would deprive Georgians of income from Russian tourism and trade as well as remittances from relatives working in Russia. On 1 March, Ukrainian President Volodymyr Zelenskyy recalled his ambassador from Georgia in protest at what he called an “immoral position on sanctions” and the obstacles Tbilisi has put in the path of a small group of Georgian volunteers seeking to travel to Ukraine to fight Russian soldiers. Georgia has also declined to close its skies to Russian aviation.

But despite the government’s hesitance, its divisions with the Kremlin are increasingly on display. On 28 February, the National Bank of Georgia said it would act “in accordance with the international resolutions and standards and cannot and will not help evading implementing these sanctions”. Georgia supported the 2 March UN General Assembly Resolution condemning the Russian attack, the suspension of Russia’s membership in the Council of Europe and the launch of the International Criminal Court’s probe into alleged war crimes in Ukraine. On 3 March, Georgia, along with Moldova, followed Ukraine’s lead in filing a formal application for EU membership.

The Georgian political leadership’s stance follows an almost decade-long policy of what it calls “strategic patience” in everything related to Russia.

The Georgian political leadership’s stance follows an almost decade-long policy of what it calls “strategic patience” in everything related to Russia, notwithstanding disagreements over the breakaway regions and Russia’s military presence there. When the ruling Georgian Dream party came to power in 2012, its founder Bidzina Ivanishvili, a businessman who made his fortune in Russia in the 1990s, launched a “normalisation process” with Moscow aimed at restarting direct contacts on economic issues. The dialogue survived despite the 2014 Ukraine crisis – when Russia annexed Crimea and aided separatists in the eastern Donbas region – and the worsening of Russian-Western relations since then.

While building more contacts with Russia, Georgia has been feeling increasingly frustrated with the lack of real prospects of joining the EU or NATO. Since 2014, when Georgia signed an Association Agreement with the EU, it started adjusting its laws and economic policies to meet Europe’s criteria for accession. In an attempt to build support among NATO powers for its bid to join the alliance, Georgia kept its troops in Afghanistan until the very last weeks before the U.S. withdrawal. But these investments were not enough to overcome resistance among European and U.S. officials and politicians who see the downsides of Georgian membership in either organisation as outweighing any benefits. Aside from the fact that neither has been eager to expand anew in the wake of several enlargement waves, many existing members doubt Georgia’s potential contribution to their ranks and fear the signal its accession would send to other long-term aspirants. They argue that Georgian membership would anger the Kremlin and deepen its conflict with the West, reducing rather than increasing security for all. In 2021, Georgia said it would file an official application to join the EU in 2024, which some sceptical Georgians said would finally force the EU to make clear whether membership would ever be on the cards. 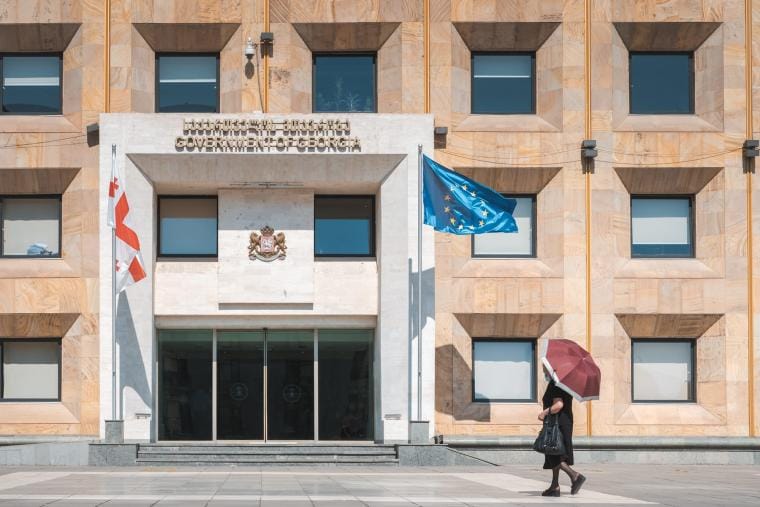 A woman passes by the Administration of the Government of Georgia, in Tbilisi. On March 3, Georgia and Moldova followed Ukraine in filing an official application to join the EU. September 2021, CRISIS GROUP/ Jorge Gutierrez Lucena

Georgians can feel the agony that a Russian invasion brings, having fought their own war with Russia almost fourteen years ago. But many in the country’s leadership believe sabre-rattling and diplomatic protests could put Georgia high on President Vladimir Putin’s radar, leading to longer-term problems. Hours before Russian tanks rolled into Ukraine, a senior Georgian official told civil society representatives that the leadership often has to choose between a “bad option and a worse option”. “And we have to figure out what can be less of a harm in each situation”, he said. “Unfortunately, this is our reality”.

A Border in the Garden

Russia can easily, cheaply and effectively harm Georgian stability by leveraging its influence in the breakaway regions whose pursuit of self-rule Moscow champions and where its troops are already stationed. Its border guards patrol the South Ossetian line of separation with Georgia, including within a few hundred metres of a major highway linking Tbilisi to Georgia’s Black Sea coast and in close proximity to the Baku-Tbilisi-Supsa pipeline that delivers oil from Azerbaijan to Europe and elsewhere. The line of separation in this area seems to be creeping steadily forward into the Georgian government-held areas – and there may be little Georgians can do about it.

In the Georgian village of Khurvaleti, 79-year-old Nora was making breakfast while her son shaved at the kitchen sink when they heard loud noises in the garden. Outside, they saw armed Russian soldiers digging holes for what would soon become rows of barbed wire fences attached to the back of the house. Then a watchtower appeared on top of their home. At both ends of their garden are now big green signs in Georgian and English declaring that the fences are the “state border of the Republic of South Ossetia”. In recent years, Nora has seen many important foreign visitors, including European presidents and U.S. Congressmen, pass through. “You all come and go, and nothing changes”, she told me when I went to see her in September. 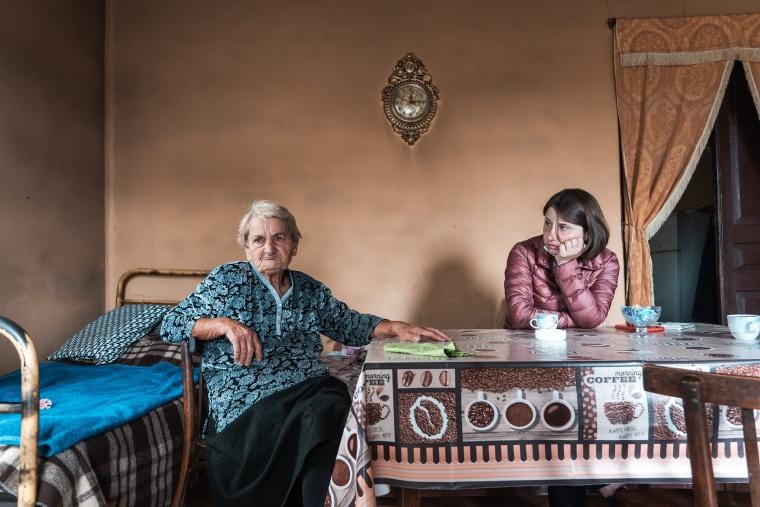 Similar installations have popped up in many villages along the 540km that separate the two breakaway regions from Georgia proper. Largely ignored by the outside world, Russia has spent the last decade building fences, military camps and observation points in areas near the line of separation overlooking these Georgian settlements. More recently, it has started installing stations jamming Georgian mobile phone networks and sound detectors to alert it to people trying to cross the line of separation in areas that, in the words of a European diplomat, are more militarised and better fortified than some parts of Russia’s border with NATO states.

These aggressive tactics make the Tbilisi leadership wary. A small shift of the line that brings more territory under the control of the breakaway regions could displace thousands of people. Even more worrying to Georgian officials is the possibility that Moscow could exploit any small incident along the line to resume a military invasion and take even more Georgian territory. 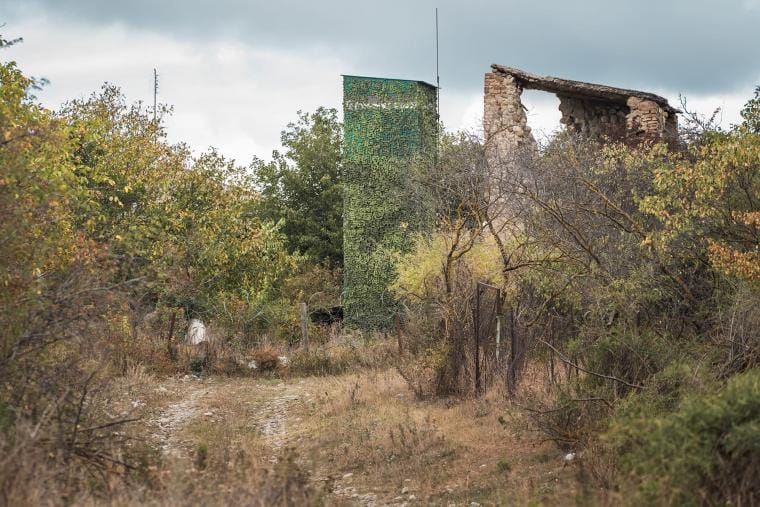 Georgia, like several other former Soviet states, can ill afford, militarily or economically, to pick a fight with Russia. Despite the show of Western resolve over Ukraine, as far as sanctions and military equipment are concerned, Georgia, smaller, less significant and farther away, fears being left alone to face Russia.

Georgia is not the only former Soviet republic concerned about what comes next. The most vulnerable are those, such as Armenia and the Central Asian republics, that belong to Russian-led security and economic unions. Moscow is pressuring these capitals to join Russia in recognising the separatist-run statelets in Ukraine’s Donetsk and Luhansk regions – and even to send symbolic military assistance to Russian troops in Ukraine. Armenia and Kazakhstan have declined, and others (with the exception of Belarus) have proven reluctant to agree so far.

In spite of, and indeed because of, heightened tensions along the lines of separation, sustaining contacts among Georgian and Russian security officials in the breakaway regions is key to avoiding unnecessary flareups. The hotlines that exist between the sides to discuss problems must be preserved, along with other formal preventive mechanisms that help all the conflict parties remain in touch and resolve disagreements in a timely fashion.

As the war in Ukraine proceeds, countries all over the world will have to reassess policies toward Georgia and other countries where Russia seeks more influence, but which themselves have sought closer ties with the West.

That applies most obviously to the EU and its member states. The EU’s Monitoring Mission observes the situation on the Georgia proper side of the line. This mission, which can sound alarms among all EU member states in case of an emergency, underlines that even if the EU does not want to accept Georgia as a member, it does recognise that South Caucasus security is important to its own and it remains an important actor on the ground. To ease fraying Georgian nerves and help do what it can to keep lines of separation quiet, the EU itself would do well to signal to Tbilisi that it has not been forgotten. European Council President Charles Michel offered Georgian President Salome Zourabichvili his reassurances on 1 March, saying, “We understand very well that it is important […] to make sure that the strong ties between Georgia and the EU are very visible and tangible for the people in Georgia”. That message is welcome, and Brussels should follow up with more dialogue with counterparts in Tbilisi.

Meanwhile other engagement mechanisms may also contribute to stability in the South Caucasus. An important example is the forthcoming visit to Tbilisi of representatives of the EU, UN and Organization for Security Cooperation in Europe, the co-chairs of the Geneva International Discussions, the format in which Georgia, Russia and representatives of the breakaways discuss the Georgian conflict. This visit, while routine, can help ensure that efforts to minimise violence and find solutions to this longstanding conflict do not become collateral damage in the war in Ukraine.

Georgia and Russia: Why and How to Save Normalisation

What the UN General Assembly Can Do for Ukraine