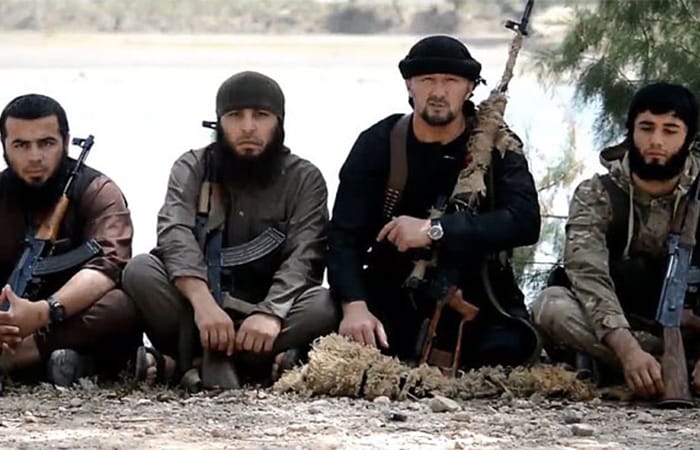 The appearance of Colonel Gulmurod Khalimov in an Islamic State (IS) propaganda video on 27 May has sent a chill across Central Asia. The head of Tajikistan’s Special Assignment Police Unit (OMON), a key element in President Emomali Rahmon’s security apparatus, had disappeared shortly before. In the video he promised to return to wage violent jihad.

A trained-in-Russia-and-America veteran of brutal Tajik government operations, Khalimov has the qualifications. And Tajikistan, a desperately poor country ruled by a venal elite, is a vulnerable target. As I drove to its capital, Dushanbe, last summer through the ancient city of Khujand and the rickety, fume-filled, Iranian-built Shariston tunnel, I saw poverty and isolation that eclipses the worst pockets of deprivation in neighbouring Kyrgyzstan and Kazakhstan.

Khalimov has been an intimate of that elite, but at 40 years old he is relatively young and forceful, unlike the elderly, usually corrupt figures who have previously promoted themselves as Islamist guerrilla leaders in Tajikistan. His defection is a blow to Rahmon’s regime on many levels. He speaks to the parts of the elite not yet bought off and to the alienation of a substantial segment of society.

His message may be draped in Islamic fundamentalist rhetoric, but it is based on some of the potent, more worldly aspects of IS appeal. “Going out to work every morning, look at yourself in the mirror and ask yourself: Are you ready to die for this state or not”, he said directly to the underpaid, overstretched Tajik security forces. “I am ready to die for the Caliphate – are you?”

More than one million Tajik migrants work low-paid jobs in Russia. The remittances they send back make up more than 40 per cent of its GDP. But the value of the remittances is plummeting as Russia veers toward economic crisis. Nearly 200,000 of the migrants went home to bleak prospects in the second half of 2014 alone.

To Tajiks still in Russia, the police commander’s message was “you have become the slaves of non-believers. Why do you humiliate yourself working for non-believers while they must work for you? Join us, brothers … there are no nationalities or states in the Islamic State and our nationality is Islam”.

The eight million people of Tajikistan have known much violence already in their quarter-century of independence since the Soviet Union’s collapse. Rahmon, the only president the country has had, consolidated his power in a civil war against Islamists that ended in 1997. By side-lining the relatively moderate Islamic Renaissance Party earlier this year, he further alienated the devout and gave plausibility to those who argue that with other options closed, extremism is only the politics of last resort.

IS and other foreign fighters, probably the Islamic Movement of Uzbekistan, are already operating on Tajikistan’s southern border, but that is not the only fault line. Gorno-Badakhshan, high in the Pamirs – a twelve- to fifteen-hour drive when roads are passable – is inhabited by ethnically distinct Pamiris, who were with the rebels in the civil war and barely accept central power today.

Badakhshan has a long, open border with Afghanistan to the south, Kyrgyzstan to the north and China to the east. The Taliban are already active on the immediate Afghan side of that border. It may only be a matter of time before IS is there too.

The Tajik-Afghan border already attracts Russian attention. Even two years ago, an official of the Moscow-led Collective Security Treaty Organisation (CSTO) of a half-dozen ex-Soviet republics told me it was uncontrollable and deadly. This year a Russian diplomat said privately that if the Tajik government requested it, Russia would return troops to it.

The apprehension does not stop there. Neighbouring Uzbekistan – Central Asia’s most populated and most authoritarian state – and chaotic, coup-prone Kyrgyzstan, would be deeply troubled by serious unrest in Tajikistan.

International Crisis Group has been in Central Asia for fifteen years, arguing that the West, particularly the U.S., is building a dangerous debit sheet here. To gain logistical help for war in Afghanistan, it has partnered with dictators like Rahmon and Uzbekistan’s Karimov, accepting excesses excused as counter-terrorism, including repression of peaceful Islamic manifestations.

If other security figures follow Khalimov’s lead, the bill to pay could be steep, and there will not be credit left to pay it with.

What's at Stake for Russia in a Taliban-led Afghanistan?