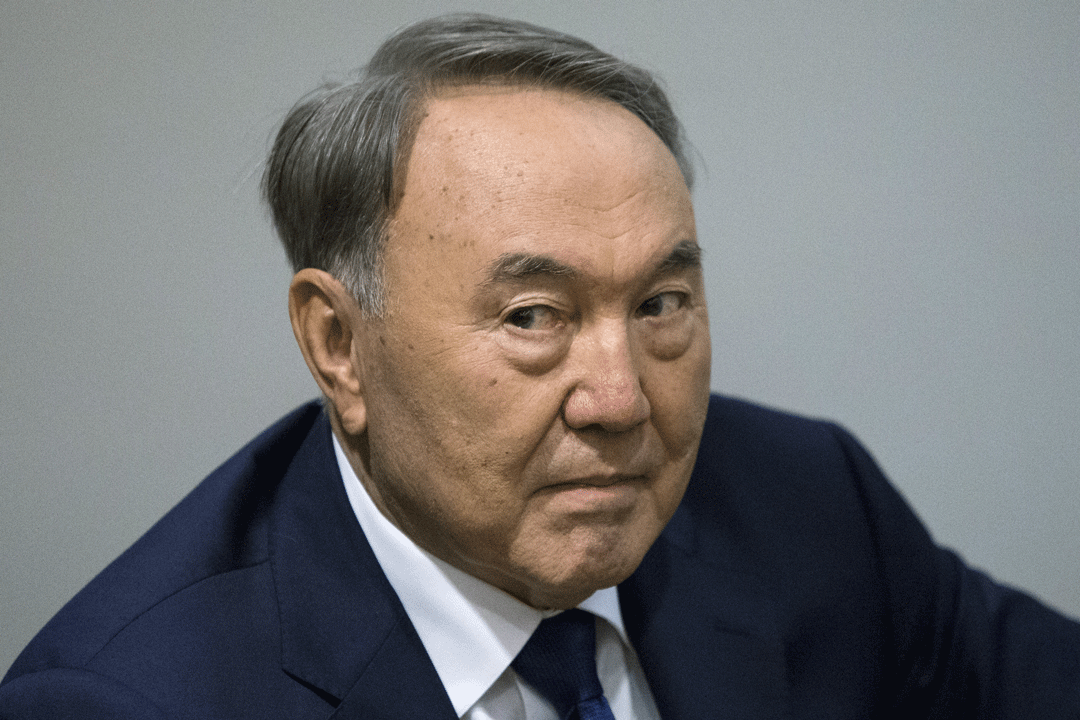 Kazakhstan’s Protests Postponed – But for How Long?

In heading off a week of unprecedented waves of protests in Kazakhstan, President Nursultan Nazarbayev has polished his reputation as his nation’s problem-solver-in-chief. But none of the underlying problems in this big Central Asian state have gone away.

The protests, ostensibly about extending the rights of foreigners to rent agricultural land after 1 July 2016, had led President Nazarbayev to revive warnings of a Ukraine “scenario” for his country. On the same day as protestors in south-central Kyzylorda faced off with riot police, the long-serving leader said Ukraine’s economy is in tatters “because there is no unity, no sense of purpose, no tasks are being solved, [people] are busy with other things: fighting, killing, brawling”.

Nazarbayev however quickly slapped a moratorium on the legal changes for landholdings, a decisive move that makes it seem unlikely – at least for now – that there will be any repeat in Kazakhstan of Ukraine’s years of domestic instability and crisis, lost territory and conflict.

But the moratorium only partially addresses what took protestors to the street. The demonstrations voiced deeper concerns about the state that Nazarbayev shows no sign of addressing any time soon. A collapse in oil income, decay in the provinces, a 75-year-old leader with no clear succession plan, distrust in government and fears of Chinese encroachment add up to a combustible mix in this thinly populated country the size of western Europe.

Protests against the government’s land leasing plans spread quickly to cities throughout the country. They began on 24 April in Atyrau in the resource-rich west of the country, where wealth has not filtered down and many workers have seen their relative financial and employment security eroded by the drop in oil prices globally. By 27 April, protests had spread to north-western Aktobe and north-eastern Semey. On 28 April, crowds confronted riot police in the Caspian Sea port of Aktau in the west. On 1 May, a small number of youth even challenged police in Almaty, the country’s south-eastern commercial capital.

Throughout the protests the police refrained from knee-jerk responses that result in injury or death – as happened in south-western Janaozen December 2011 when at least sixteen striking oil workers were killed by police.

But the situation was undoubtedly tense. “Unprecedented” was the word most often used when analysts and diplomats discussed the crisis. Even activists seem unprepared for the momentum the protests gained. Nazarbayev’s announcement of a moratorium was met with equal surprise.

Many Kazakhs are still worried by plans to allow foreigners to rent agricultural land for 25 years instead of the current ten years. And they fear that when land is rented to Chinese firms this will endanger Kazakh sovereignty. But most of all, the protests are about mounting frustration with Kazakh leaders, and the perception that having creamed what they could from every other resource in the country, the political elite is now preparing to sell the land from under people’s feet.

Nazarbayev’s 25-year-long rule of Kazakhstan is sustained by the type of stability an affluent autocracy can produce, but his family’s accumulation of wealth has not gone unnoticed. The snap parliamentary elections held in March 2016 to legitimise support for Nurly Jol (Bright Path), an economic crisis recovery plan, were uneventful but the exercise rang hollow. Since independence in 1991, Kazakhstan’s authoritarian tendencies, corruption and lack of genuine political reform have gone hand-in-hand with economic growth fuelled mainly by resources. Consequently, the recent economic crisis has bitten hard. Oil output is down, the national currency has plummeted­, inflation is up, and job insecurity is on the rise.

China’s role in Kazakhstan is also under the spotlight. Massive Chinese investments and equally large loans have done much to develop, and at times prop up, the Kazakh economy. Across Central Asia, misgivings about China’s long-term intentions run deep. Politicians and industrialists may be happy to do billion-dollar deals with China, but most citizens view China as a threat to their independence.

Workers in Aktobe have told Crisis Group that China’s industrial presence in the oil rich region – including big influxes of Chinese workers – meant unfair pay, unsafe working conditions, and fewer job opportunities for Kazakhs. But misgivings cut both ways. A senior Chinese oil executive said he would rather work in Africa than Almaty because of the discrimination he and his family faced on a daily basis. China has done little to counter these negative perceptions, preferring to conduct transactions at the highest level while taking a hands-off approach to difficulties encountered at the community level.

Internationally, Kazakhstan portrays itself as a trusted political and economic partner as it seeks a seat on the UN Security Council 2017-2018. Kazakhstan is indeed Central Asia’s most stable state, but tensions are building. The level of disconnect between the government in Astana and popular sentiment in the vast regions of Kazakhstan is pronounced, and tangible if you compare the marble and glass facades of the capital with the rundown infrastructure in the regions.

Kazakhstan does not have an inspiring track record when it comes to managing social unrest. The 2011 killings in Janaozen shocked the regime into improving policing. For now, the riot police have acted with restraint and professionalism, and some social media reports of alleged injuries have been exposed as provocations. It is vital that police ineptitude or deliberate brutality remains a priority for reform.

Equally, the government should refrain from clamping down on social media, which, in contrast to most state and privately owned media in Kazakhstan, is the main forum for debate and discussion. News reporting on the protests was thin and when it did make headlines it was to frame protestors as paid stooges. On 9 May, the day of planned protests in Almaty, several organisers were detained by police and the main square was closed off.

The protests came close to bringing together a variety of aggrieved groups with a diffuse but resounding anti-government message. How the authorities conduct themselves over the coming months will be a major test. At the very least, the recent riots should persuade Nazarbayev to reassess his policy of economic progress first, political reform second.

Kazakhstan is not doomed by fate to follow its fellow post-Soviet state Ukraine into turmoil, if cool heads prevail. But Kazakhstan is a brittle place, its leadership the product of the Soviet era, its policing tactics only subject to recent review, and China still has big strategic ambitions to invest in Kazakh agricultural land. The outburst of protests was unexpected, unnerving, and mark an unsettling opening to the next chapter of Kazakhstan’s independence.

What Just Happened in Kazakhstan?

Behind the Unrest in Kazakhstan