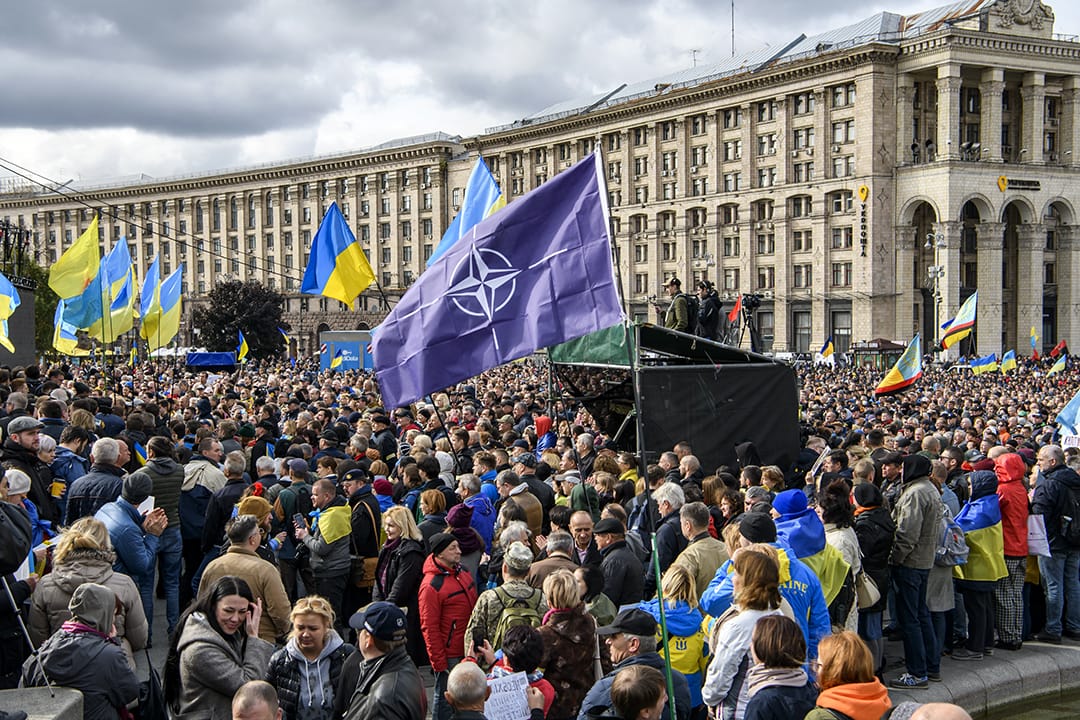 A Possible Step Toward Peace in Eastern Ukraine

Kyiv has accepted the Steinmeier formula, a mechanism for jump-starting implementation of the peace deal for parts of eastern Ukraine held by Russian-backed separatists since 2014. This decision is welcome, but the Ukrainian government should step carefully to boost chances of a settlement.

On 1 October, Ukrainian President Volodymyr Zelenskyy held a surprise press conference to announce that his government had signed on to the so-called Steinmeier formula. First proposed in 2016 by Frank-Walter Steinmeier, then Germany’s foreign minister, the formula tries to get around a dispute blocking implementation of the 2014-2015 Minsk agreements aimed at ending the war that began when Russian-backed rebels took over two parts of Ukraine’s eastern region of Donbas. The second Minsk agreement calls for elections in these areas and stipulates that Kyiv grant them a special status. But it does not specify which of the two should come first. Moscow and the separatists whom it backs say it must be special status, while Kyiv fears this would legitimise regimes in charge of these areas and make free elections impossible. Steinmeier tried to split the difference, suggesting that those areas receive provisional special status starting on the day of local elections, which would become permanent only if and when the Organization of Security and Co-operation in Europe (OSCE) determines that the vote complied with Ukrainian law and international standards.

Zelenskyy’s acceptance of the formula creates opportunities as well as risks. Since Moscow has already endorsed the formula’s terms, it could be a step toward resolving the longstanding conflict in Donbas.

But the Ukrainian government should proceed carefully to keep things on the right track. In particular, Kyiv will need a strategy for resolving the remaining sticking points of the Minsk agreements that it can communicate to the loud chorus of domestic critics who have denounced the government’s decision as “capitulation”. Of these sticking points, the most important – not covered by the Steinmeier formula – is Point 9 of the second Minsk agreement, which calls for Kyiv to resume control of Ukraine’s eastern border with Russia only following local elections. For officials in Kyiv, this timing is unacceptable, as they say it would allow holding elections “at gunpoint”: voters would be unsafe and the polls would sanction the separatists’ de facto administrations. Tellingly, in his statement endorsing the formula, Zelenskyy highlighted an important reservation, namely that his government would reject elections before Russian troops exit Ukrainian territory. The text accompanying Zelenskyy’s announcement on 1 October emphasises that elections must be held under Ukrainian law. Since Ukrainian law is not in force in separatist-held areas, the text can be read to imply that Kyiv still believes it must fully control these areas before anyone votes.

For Kyiv to regain this control will be a challenge. Moscow will need to remove troops it has not admitted are there and separatist fighters unwilling to disarm will need to do so. The first step ought to be bilateral disengagement of Ukrainian and Russian-backed separatist troops along the front line – something to which the sides agreed last week. Disengagement should facilitate a stable ceasefire in place of the periodically fraying one that currently exists; it should also allow Kyiv to slowly rebuild ties with its citizens in separatist-held areas. Yet even this move is contested. Some pro-government forces have made their opposition to withdrawal public. Russian-backed fighters, for their part, say they are hesitant to withdraw and sceptical that Kyiv can induce its own forces to do so. Meanwhile, Moscow has refused to guarantee the withdrawal of the forces it backs, on the grounds that it does not control them.

Kyiv’s and Moscow’s joint agreement to the formula should at least enable a new meeting under the Normandy Format.

Despite inevitable hurdles and worrying signals on the ground, Kyiv’s and Moscow’s joint agreement to the formula should at least enable a new meeting under the Normandy Format. This would bring the two countries together with France and Germany for talks for the first time since October 2016 and provide them an opportunity to further clarify the sequencing of the steps laid out in the Minsk agreements.

To optimise chances for peace, Kyiv should now take several steps of its own:

Much of this will be difficult. Incidents on the front line or spreading protests in government-held territory could derail progress. For the time being, however, Zelenskyy’s agreement to the Steinmeier formula seems like a savvy move that opens up new possibilities for peace without undermining Kyiv’s need for security and sovereignty.

Rebels without a Cause: Russia’s Proxies in Eastern Ukraine