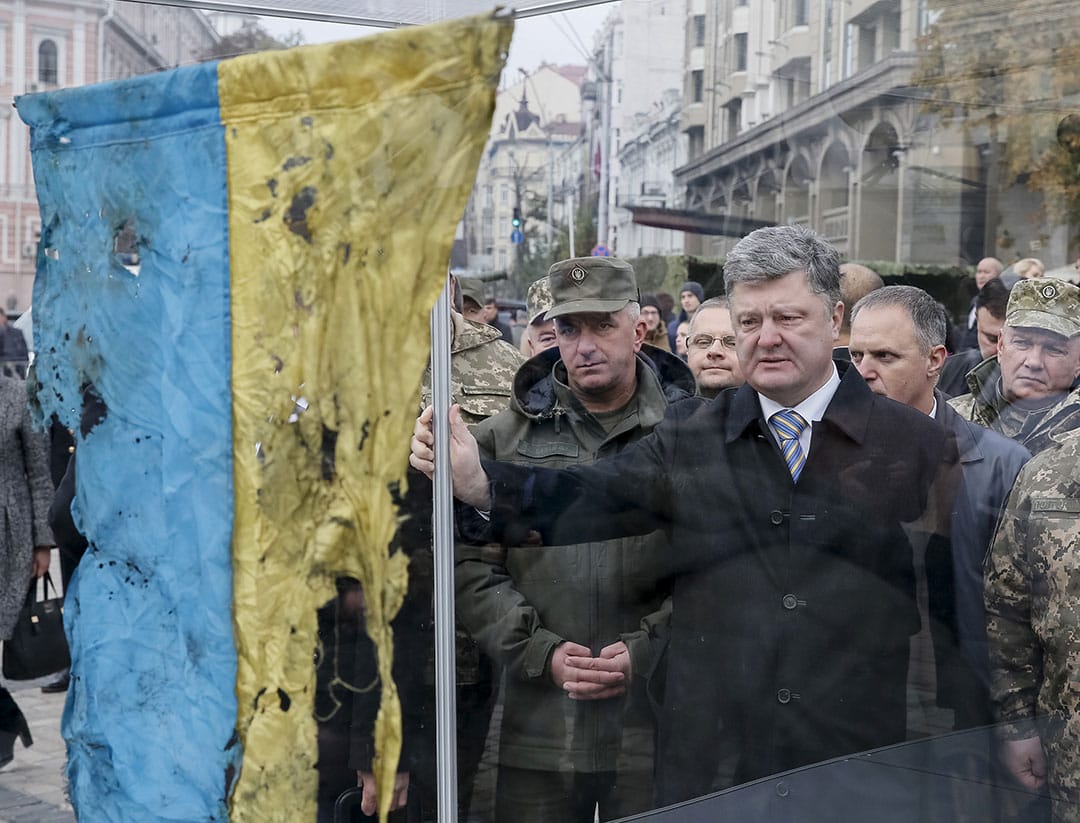 Russia and the Separatists in Eastern Ukraine

A 2015 ceasefire signed in Minsk is largely holding in eastern Ukraine, while the most likely outcome is a brittle, long-term frozen conflict. Nevertheless, Russia is juggling many options, and Minsk remains a vital possible path to resolution. The deal deserves steadfast, sanctions-backed support from the U.S. and European Union.

Despite repeated expressions of support for the Minsk process and recognition of Ukraine’s sovereignty over the separatist Donetsk and Luhansk People’s Republics (DNR, LNR), Moscow’s policy in Ukraine’s east looks more likely to strengthen those entities than prepare for the dismantlement the Minsk agreement envisages. The Kremlin views Ukraine’s European choice as a major security threat and the 2014 overthrow of President Viktor Yanukovych as Western-backed and aimed at isolating Russia. It wants to keep Ukraine under its pro-Western leadership unstable, embroiled in open-ended military confrontation it cannot afford, so as to return it eventually to its sphere of influence. Moscow often seems to play with several options, but its tactical fluidity is dangerous. Almost 10,000 have died in the conflict, and tens of thousands of troops face each other along a 500-km line of separation. While recognising the risk of the Minsk process becoming a substitute for settlement, the international community should urge Russia to show its commitment to that process and remind it that sanctions will remain until Minsk is fully implemented.

The ceasefire in the east has largely held since 1 September, casualties are down, and all sides express determination to implement the Minsk agreement. Few Minsk provisions have been fully implemented however, and the timetable for completion has been extended into 2016. This gives Moscow further opportunities to concentrate the parties more on process than a settlement.

After showing little interest in building political institutions in the DNR and LNR or enthusiasm for funding social policies, Moscow has begun in the past four or five months to bankroll pensions, social benefits and salaries to local officials and the separatist military forces. If consistently maintained, this will cost it over $1 billion a year, a substantial sum for the Russian treasury in straitened economic times.

Some observers in Donetsk are persuaded the measures are increasingly clear signs Moscow has decided to transform the crisis into a frozen conflict, a scenario international participants in the peace talks have long feared. Though a protracted conflict in eastern Ukraine would be very different from those in Abkhazia, South Ossetia or Transnistria, it would have the advantage for Russia of pushing the issue further off the international agenda.

Rather more persuasively, some seasoned observers of Moscow’s tactics in the east, including senior separatist officials, suggest that the Kremlin is probably considering several options, from freezing the conflict while keeping Minsk alive, to dropping the entities at a convenient time. It may also be waiting to see how other global agendas with potential for cooperation between Russia and the West – Syria, for example, and counter-terrorism – are developing.

Russia says it is pushing hard for complete implementation as quickly as possible, but Ukraine and its Western supporters maintain that it has not done enough to remove weaponry and discuss a troop pullout. The Kyiv government has been unable to assemble enough votes to pass crucial constitutional amendments Minsk requires, to the indignation of Russia and its separatist allies, and is reluctant to accept sweeping amnesty for separatists. There has been little progress on what Minsk envisages to be an “all for all” exchange of prisoners, though several hundred releases have taken place. The opposing sides are also still arguing over inclusive, internationally-supervised local elections that would in theory help normalise the political situation in the entities.

Meanwhile, in addition to the many troops Russia retains on its side of the border who can deploy quickly throughout the DNR and LNR, separatist sources and Western officials say, it has a number of units inside the entities. One of the most useful steps Moscow could take to demonstrate its willingness to help resolve the conflict would be to quietly withdraw those units. This would substantially increase Ukrainian and Western confidence that it is indeed committed to Minsk. The international community could then ensure that Ukraine did not try to take advantage by moving across the line of separation.

Another important step for Russia would be to reduce military supplies to the entities. Cuts in fuel, lubricants and ammunition for artillery and other heavy weapons would gradually diminish their forces’ mobility and effectiveness. As Russia still denies providing such items, this could be done with minimal publicity or face loss. The international community, including the U.S., might react with confidence-building measures, perhaps including a security dialogue in the region, or consultations on ways to dismantle the poorly-disciplined LNR and DNR militaries.

Until there is a clearly positive change in the core Russian approach, the international community needs to build its policy toward Moscow over eastern Ukraine on the assumption that anything, including more serious fighting, is possible. For now, this may seem highly unlikely. Russia is embroiled in Syria, the Donbas has been banished from its media, and the economy is under great strain, due in part to sanctions, in part to low oil prices. But large Russian units have already fought twice in Ukraine, once (February 2015) even during peace talks. Moscow could resort to such means again should the lower-cost, lower-visibility approach of supporting the entities in a protracted conflict fail. The European Union (EU), especially member states Germany and France, and the U.S. should avoid the trap of letting a potentially lengthy resolution process and different interpretations of its provisions undermine their vital consensus on maintaining sanctions until Minsk is fully implemented.

Research was conducted in Kyiv, Dnepropetrovsk, Krasnoarmiisk, Kurakhove and Moscow and during five visits to DNR/LNR-controlled areas of Donetsk city and oblast since July 2014. The briefing focuses on recent political changes in the entities, their relations with Moscow and the nature of Russia’s presence and control.

If there is a feminist way to wage war, Ukraine wants everyone to know that this is how it is fighting its battle against Russia. Officials proudly proclaim that up to one-fifth of Ukraine’s armed forces are women. President Volodymyr Zelensky and other senior officials take pains to thank both male and female defenders of the country. Photographs and videos on social media show male soldiers cooking, women fighting, and everyone snuggling kittens and puppies. Prominent Ukrainian feminists have traveled to Washington, D.C., to lobby for weapons.

From the perspective of both gender equality and combat effectiveness, this is heartening. In order to prevail in a conflict in which its very sovereignty is at stake, Ukraine must attract its best and brightest to serve, irrespective of gender. Ukraine’s feminist military narrative also positions the country to stand in sharp contrast to Russia, whose leadership seems to have embraced toxic masculinity as a core value. Even before reports emerged that Russian soldiers had raped and sexually assaulted Ukrainian men, women, and children, Russian President Vladimir Putin’s branding of his country (and often himself) was rooted in what he called tradition but others might define as patriarchy.

But as I have learned over several months of conversations with roughly a dozen Ukrainian and Western officials and analysts, all of whom wished to remain anonymous in order to speak candidly, the Ukrainian military’s claims of being a champion of gender equity fall short of reality. For one thing, women almost certainly make up just nine or ten percent of the armed forces—half of the government’s official tally. That discrepancy is indicative of a larger issue: Ukraine, like many societies, struggles to reconcile the strength and capacity of its women with antiquated attitudes about gender roles. Women were front and center in the Maidan protests in 2013–14, which led to the downfall of Ukrainian President Viktor Yanukovych, who wanted to scrap a deal with the EU in favor of closer ties with Moscow. But both press coverage and activist messaging during the protests often hewed to traditional gender stereotypes, and women on the frontlines were heralded at least as much for their beauty as their strength. The same dynamic can be discerned today with respect to female soldiers: before the February invasion, the military held a series of beauty pageants for female enlistees and proposed having female cadets march in heels in a military parade.