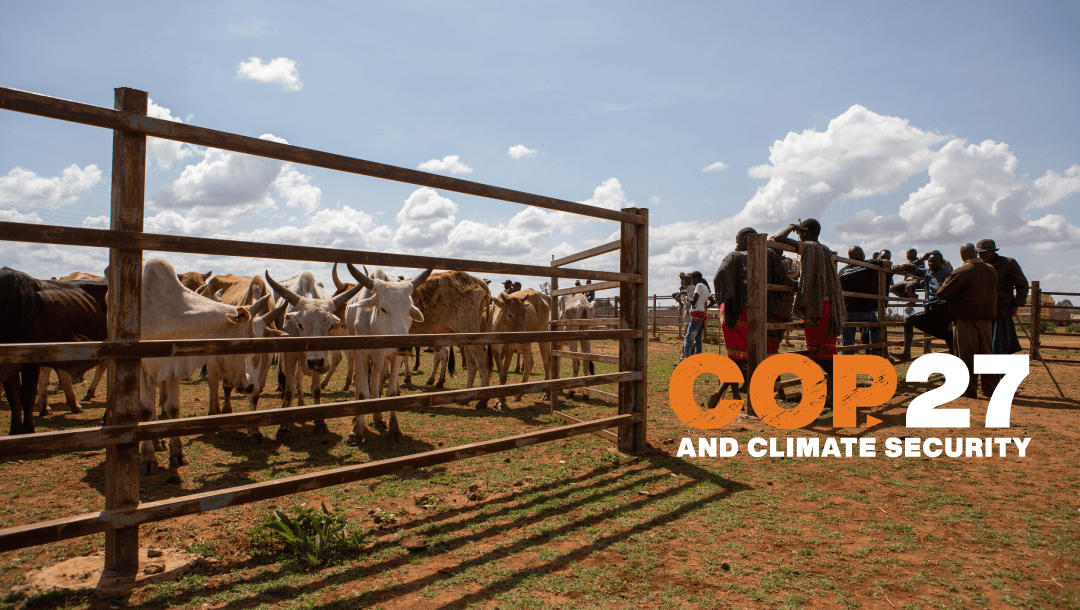 In the run-up to COP27, Crisis Group experts contribute their views on how climate change shapes the conflicts and crises they work on.

The climate crisis is here – and, more and more, it fuels deadly conflict.

Around the globe, millions already experience record heat waves, droughts, floods and rising sea levels. The impacts of climate change are already transforming ecosystems, increasing food insecurity, water scarcity and resource competition, while disrupting livelihoods and spurring migration. The relationship between climate change and deadly conflict is complex and context-specific, but it is undeniable that climate change is a threat multiplier that contributes to violence by exacerbating political, social and economic tensions. Half of the most climate-fragile countries also face violence and, as the world warms, climatic distress plays an increasingly central role in many of today’s conflicts.

World leaders must act now to protect the people most vulnerable to the climate crisis.

As global leaders prepare for COP27 in November, Crisis Group is working to bring climate security into the climate change conversation. It is not possible to have effective climate adaptation, one of the main focuses of the conference, without understanding the specific ways in which climate stressors exacerbate conflict risks. Support for the most vulnerable to avoid unnecessary suffering needs to be rooted in a deep understanding of conflict dynamics and risks in a country. It is impossible to treat climate fragility and conflict on two separate tracks.

This series of Crisis Group publications looks at why climate change debates remain incomplete, as they often fail to examine the links between climate stress and violent conflict.

For more work on this subject, please see our global issue page Climate Change and Conflict.

Climate stressors in Kenya are causing tensions between herders and farmers, a situation that could be further exacerbated in the run up to another potentially contentious election on 9 August. In this video Crisis Group's senior analyst for Climate & Security in Africa, Nazanine Moshiri, reports from Laikipia County in Kenya. She examines the situation, what’s at stake, and emphasises the link between climate and conflict. 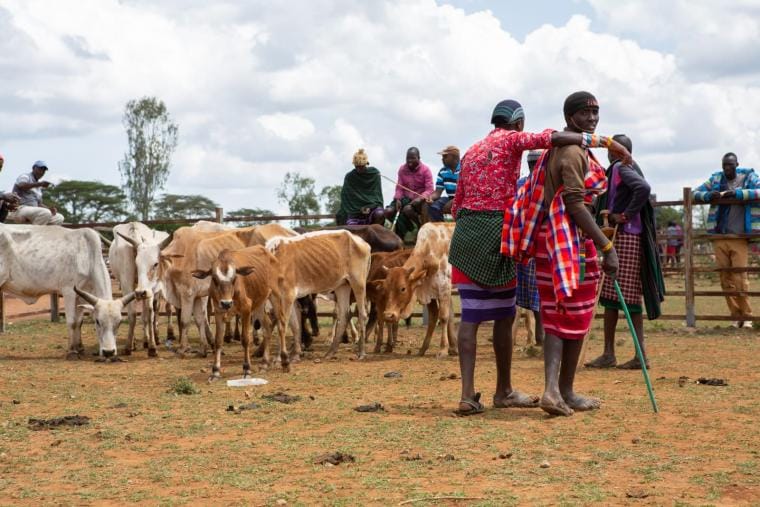 TWITTER SPACE | What did the G7 Summit Achieve on Ukraine and Climate Security?

In this Twitter Space, Crisis Group colleagues have a conversation about the G7 summit and how two priority issues – climate change and the war in Ukraine – were handled during the meeting.

VIDEO | The link between climate change and conflict is dangerously overlooked

In this video, Crisis Group President & CEO Comfort Ero speaks about why the link between climate change and conflict must receive more attention. In the lead up to COP27 it is important to remember that without addressing this link, we will continue to see livelihoods threatened, aggravation in conflict-affected countries, widespread competition for scarce resources and an inability for conflict-affected countries to deal with these crises going forward.

SPECIAL BRIEFING | 7 Priorities for the G7: Managing the Global Fallout of Russia’s War on Ukraine

Two subjects will likely preoccupy the G7 heads of state when they meet starting 26 June: the war in Ukraine and the related spikes in commodity prices worldwide. The leaders need to show that they will address the economic woes as well as other crises.

PODCAST | Climate, Conflict and the Implications of Russia’s War on Ukraine

In this episode of War & Peace, Olga Oliker talks to Crisis Group expert Champa Patel about the complex relationship between climate and conflict ahead of a G7 summit that has set “climate neutrality” as one of its core goals – despite concerns that the green transition will take a backseat amid the Ukraine war.

In the lead-up to COP26, held in Glasgow in October/November 2021, Crisis Group experts contributed their views below on why the climate change conversation remains dangerously incomplete without examining the increasing impact of climatic distress on conflict.

The relationship between climate change and deadly conflict is complex and context-specific. Climate change affects every aspect of life, damaging food systems, displacing millions, and shaping the future of conflict.

It is undeniable that climate change is a threat multiplier that is already increasing food insecurity, water scarcity and resource competition, while disrupting livelihoods and spurring migration. In turn, deadly conflict and political instability are contributing to climate change.

As this introductory video lays out, Crisis Group’s work on climate change and conflict relies on field-based research and analysis to provide insights into how policymakers might best influence and respond to these complex changes to mitigate conflict risks. Find our work on climate and the future of conflict here.

This event brings together Crisis Group analysts, EU officials and member states, as well as experts from civil society, in a participatory roundtable discussion. They provide insights on how policymakers might best influence and respond to these complex climate changes to mitigate conflict risks.

VIDEO | A Broken Canopy: Deforestation and Conflict in Colombia

In Colombia, deforestation is inextricably linked to conflict. The peace deal between the government and the FARC guerrillas included promises to safeguard the country’s jungles.

But when the FARC laid down their weapons at the end of 2014, other armed groups moved into the vacuum, accelerating forest loss in nature reserves by encouraging cattle ranching, coca farming and other unregulated businesses. Meanwhile, victims of the war, displaced from their land, also contribute to the cutting of forests as they seek new means of survival.

For this video, Bram Ebus, Crisis Group consultant for the Andes, travelled to deforestation hotspots to investigate.

Q&A | Getting Conflict into the Global Climate Conversation

For more work on this subject, please see our global issue page Climate Change and Conflict.

In this Op-ed for Newsweek, Crisis Group consultant, Bram Ebus outlines that in Colombia, where both the perpetrators and victims of conflict drive the razing of forests, it is impossible to halt and reverse forest loss and land degradation without addressing the root causes of violence.

REPORT | A Broken Canopy: Deforestation and Conflict in Colombia

Colombia’s vast forest is fast receding, partly because guerrillas and criminals are clearing land for farming, ranching and other pursuits. These unregulated activities are causing both dire environmental harm and deadly conflict. Bogotá should take urgent steps to halt the damage.

On 14 September 2021 Crisis Group, Africa Confidential and the Royal African Society co-hosted the Climate, Conflict and Demography in Africa conference. In this summary, its co-chairs highlight five messages to help one of the hardest-hit and most neglected continents in the fight against climate change.

Q&A | Can the UN Security Council Agree on a Climate Security Resolution?

UN Security Council members are negotiating over a draft resolution on climate security, which, if it passes, will be the first of its kind. In this Q&A, Crisis Group experts Ashish Pradhan, Ulrich Eberle and Richard Gowan explain what is at stake in the talks.