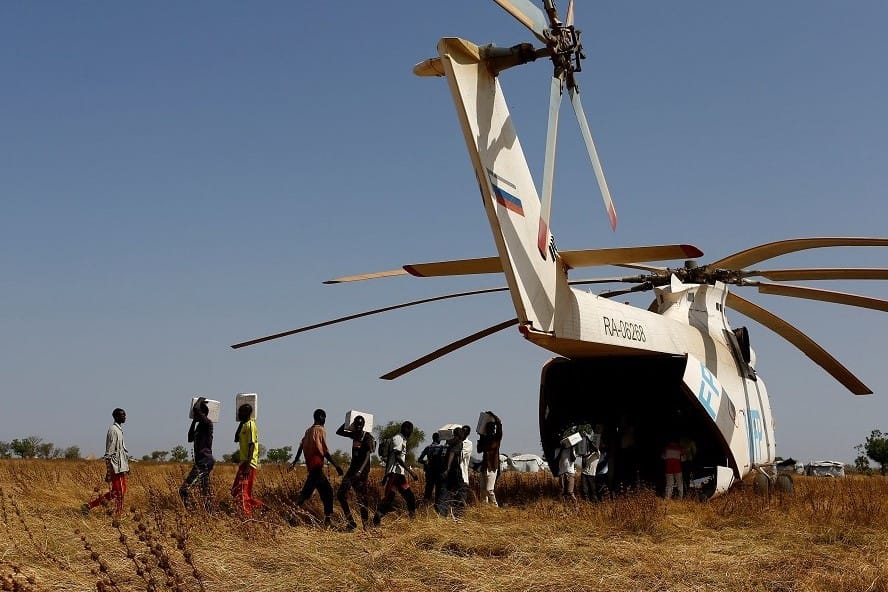 Instruments of Pain: Conflict and Famine

For the first time in three decades, four countries, driven by war, verge on famine. Over coming weeks, Crisis Group will publish special briefings on Yemen, South Sudan, Somalia and Nigeria. Each conflict requires tailored response; all need increased aid and efforts to end the violence.

The last time the UN declared a famine was in 2011, in Somalia. The last time it faced more than one major famine simultaneously was more than three decades ago. Today we are on the brink of four – in Yemen, Nigeria, Somalia and South Sudan.

The spectre of famine is primarily the result of war, not natural disaster. According to the UN, more than twenty million people, millions of them children, are at risk of starvation. This is happening in man-made crises and under the Security Council’s watch. In some places, the denial of food and other aid is a weapon of war as much as its consequence. Combatants’ fighting tactics often make the problem worse.

Both sides of Yemen’s conflict, for example, fight with little to no regard for the local population. The Huthis and former President Ali Abdullah Saleh’s forces, on one hand, and their opponents in the Saudi Arabia-led coalition, on the other, have repeatedly strangled the flow of aid and commodities to areas controlled by their rivals. The impending Saudi-led push to recapture the Red Sea coast, including the port of Hodeida – the main entry point for imports on which much of the country depends – and the battle that offensive will provoke risk creating another major chokehold on supplies.

Critical norms, including adherence to International Humanitarian Law, are fast eroding. For the first time in a generation, most indicators suggest the world is becoming more dangerous.

Elsewhere, too, the actions of governments and their opponents exact high humanitarian tolls. In north-east Nigeria, Boko Haram’s attacks on rural communities and the destruction wrought by fighting between its insurgents and the military caused the acute food crisis. The curtailing by Lake Chad basin states of economic activity, aimed at weakening the insurgency, has damaged communities’ livelihoods and increased their vulnerability.

Fighting in South Sudan often involves indiscriminate killing of civilians, sexual violence and pillage by state and non-state armed actors alike. Civilians in Southern Unity state must constantly flee armed groups, rendering them unable to farm or receive assistance and creating conditions for famine. Many resort to hiding in swamps; to seek food is to risk attack.

The risk of famine is thus closely tied to the spike, over recent years, in war and its fallout, particularly mounting human suffering. Critical norms, including adherence to International Humanitarian Law (IHL), are fast eroding. For the first time in a generation, most indicators suggest the world is becoming more dangerous.

The Nigerians, Somalis, South Sudanese and Yemenis over whom famine looms have already suffered intense, in some cases protracted conflict. The impact on those most affected is more than a passing tragedy. The displacement, destruction to livestock and local communities and the threat of a lost generation, without education or socio-economic prospects, hinder prospects for building sustainable peace.

Beginning today with publication of the special briefing Instruments of Pain (I): Conflict and Famine in Yemen, and continuing over the next few weeks with similar special briefings on South Sudan, Nigeria and Somalia, Crisis Group will describe these crises’ roots and the measures necessary to prevent their further deterioration. Each requires a unique response: challenges of access and funding vary, as do ways to quiet and eventually end the wars that have increased risks of famine. Each special briefing will offer detailed prescriptions.

Overall, though, governments of the states affected and their backers should: