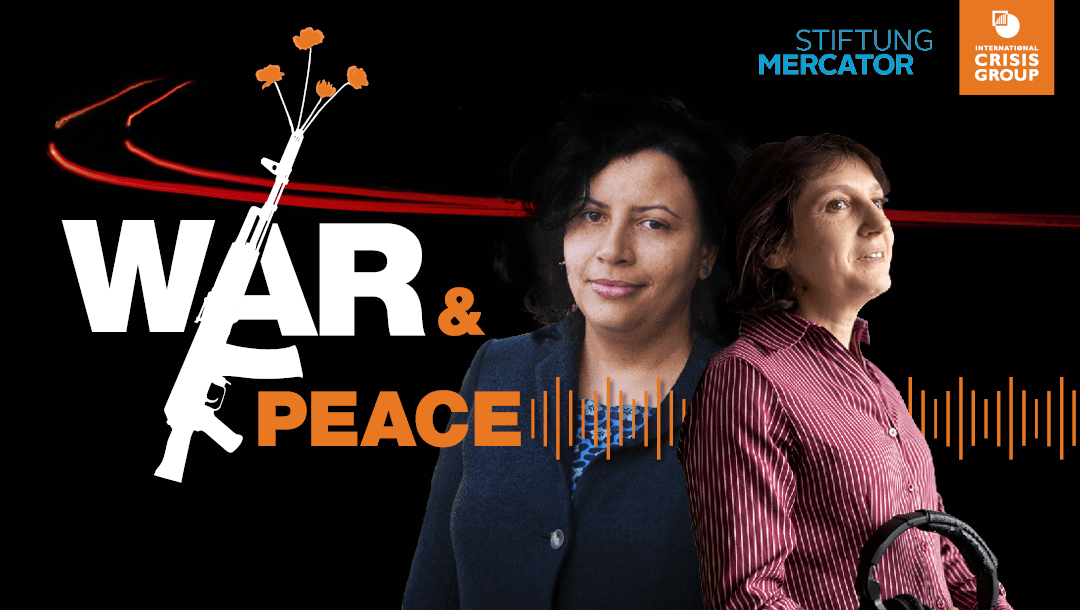 War continues to rage in Ukraine, over a month after Russia launched its large-scale invasion. Alongside its staggering humanitarian consequences, the war’s fallout has been felt widely around the globe – impacting everything from commodity prices to negotiations to finalise the Iran nuclear deal. Meanwhile, countries’ responses to the invasion have run the gamut from outrage to ambivalence to sympathy.

This week on War & Peace, Olga Oliker introduces new co-host Elissa Jobson, as they unpack these far-reaching shockwaves and discuss how the conflict is being viewed around the world. They talk about why Ukrainian and Russian narratives do, and don’t, reverberate in the Global South and whether disillusionment with perceived Western hypocrisy has given Russia an edge in the information war. They also discuss the impact of President Biden’s “this man must go” comment about his Russian counterpart and take stock of the prospects for a negotiated resolution to the war.

For more of Crisis Group’s analysis, make sure to check out our Ukraine page.

This episode of War & Peace was produced with the support of Stiftung Mercator.