In late March, El Salvador’s criminal gangs spearheaded a killing spree that left 87 people dead over a weekend. In response, President Nayib Bukele imposed a state of exception and launched a #WarOnGangs that has jailed over 53,000 alleged gang members in six months, elevating the country’s prison population rate to the world’s highest. Homicides have virtually zeroed, contributing to maintaining Bukele’s sky-high popularity, but human rights groups have denounced countless violations and abuses.

What will the consequences of this popular and controversial strategy be?

The event will be in Spanish with simultaneous English translation and will be livestreamed on YouTube. 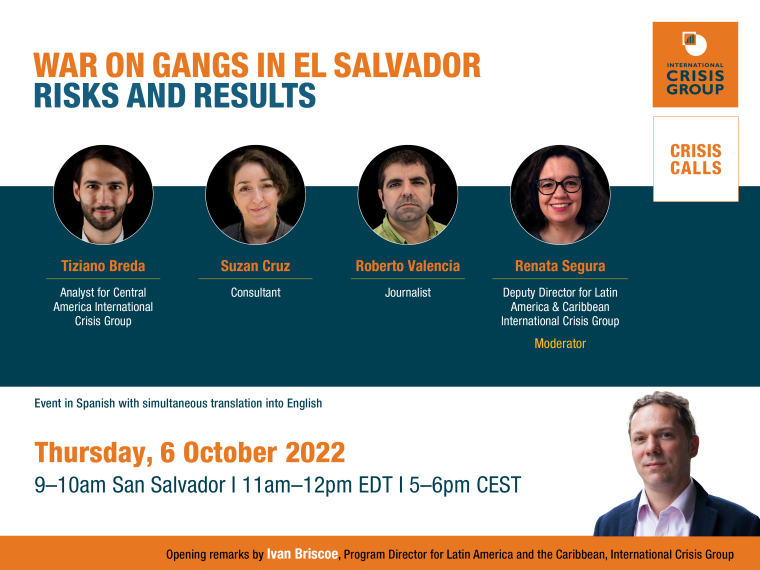