The relationship between climate change and deadly conflict is complex and context-specific, but it is undeniable that climate change is a threat multiplier that is already increasing food insecurity, water scarcity and resource competition, while disrupting livelihoods and spurring migration. In turn, deadly conflict and political instability are contributing to climate change – including through illegal logging.

The ongoing 26th UN Climate Change Conference (COP26) is an opportunity to highlight the link between conflict and the climate crisis, as the effects of climatic stress factors on conflict are not straightforward and governments play a critical role in minimising these risks.

This event will bring together Crisis Group analysts, EU officials and member states, as well as experts from civil society, in a participatory roundtable discussion. They will provide insights on how policymakers might best influence and respond to these complex climate changes to mitigate conflict risks.

Panellists will navigate the topic through three important lenses:

The interventions will be followed by a Q&A with participants.

If you wish to join our event, please register via this link. 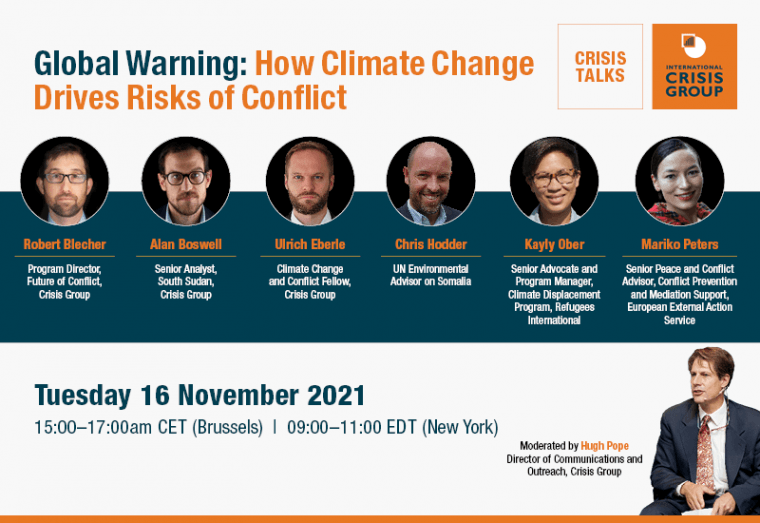