How will the Taliban Victory Impact Other Conflicts Involving Jihadist Militants?

Could the seizure of Afghanistan by the Taliban just before the twentieth anniversary of al-Qaeda’s 9/11 attacks be a turning point for jihadist militancy worldwide? Two decades after those attacks, the U.S. administration withdrew its forces from Afghanistan and the Taliban quickly took control of the country. This followed direct talks between the U.S. and the Taliban and an agreement they reached in February 2020 for the U.S. to pull out troops from Afghanistan in exchange for – amongst other things – guarantees the Taliban would not allow transnational militants to use Afghan soil for plotting attacks abroad.

As part of our series The Legacy of 9/11 and the “War on Terror”, please join us for this online event which will explore the impact of the Taliban takeover on other wars involving al-Qaeda and ISIS-linked groups. Crisis Group analysts will discuss the perceptions of jihadists and their enemies in the Sahel, Somalia and Syria of the dramatic events in Afghanistan and what they might mean for those conflicts in which they are fighting. The panel discussion will be followed by a Q&A with the audience.

This event will be moderated by Jerome Drevon, Senior Analyst, Jihad and Modern Conflict 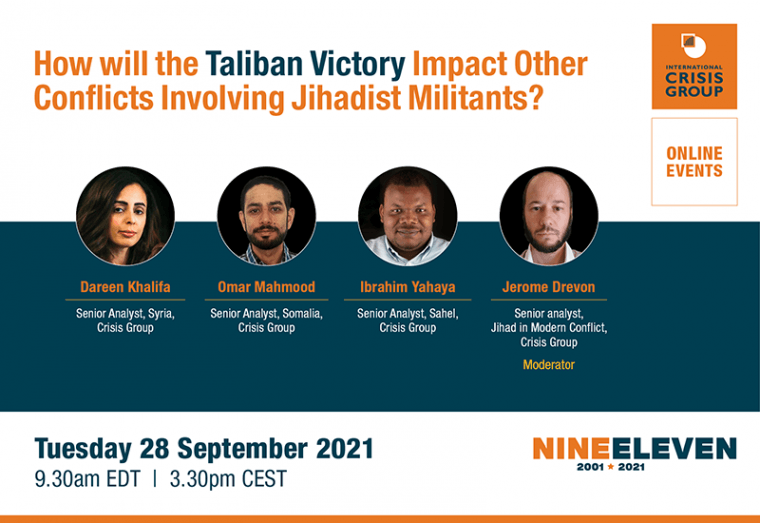