Rising Tensions in the Eastern Mediterranean

The Eastern Mediterranean has always been an area of important political and cultural developments, dense migration, but also a hotspot of international tensions. The past decades have been no different: the region remains a bridge for trade between Europe and Asia, whereas geopolitics have divided the island of Cyprus, and more migrants crossed the waters to escape hardship.

The most recent additions include the findings of natural gas and the internationalisation of the Libyan civil war. In combination with political shifts, these developments sparked a new escalation between Turkey and its neighbours, namely Greece and Cyprus. After reaching a peak in 2020, the tensions in the Eastern Mediterranean have most recently decreased and international actors hope to return to a more constructive partnership.

While the two camps are publicly hesitant to compromise, a new escalation is in no party’s interest. The conflict in the Eastern Mediterranean is multidimensional, and the quest for a sustainable and holistic solution will therefore need to include perspectives from different fields and origins.

Panellists will navigate the topic through three important lenses:

The interventions will be followed by a Q&A with participants.

This event takes place within the framework of a project co-funded by the European Union (EU) under the Instrument contributing to Stability and Peace (IcSP), and managed by the International Crisis Group. 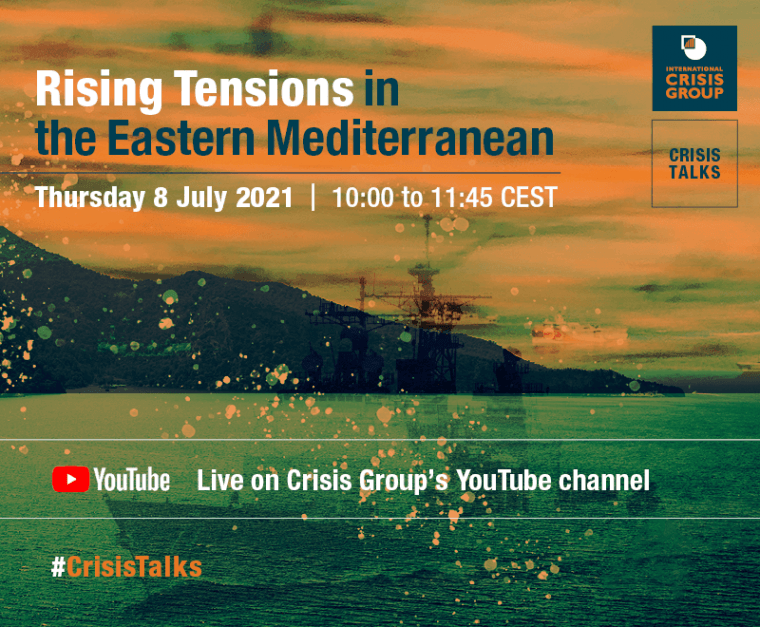