What Happens After Nicaragua’s One-sided Poll?

In recent years, Ortega appeared to have consolidated his hold on power. Yet the latest crackdown on political opposition would indicate that the government seems unwilling to take the risk of confronting an electoral challenge, opting instead for an iron fist approach. The repression on political opponents has turned November’s elections into a potential flashpoint and spurred a sharp deterioration in relations between President Daniel Ortega and other Latin American nations, the U.S. and the European Union.

This roundtable will look at the aftermath of the poll that will likely result in  Ortega's perpetuation in power. Invited experts will assess the risks of turmoil and political violence, the aggravation of the country’s humanitarian predicament resulting in a surge of emigration and its significance for the region’s democratic backslide. In doing so, the panellists will seek options for national and international players to respond to the consequences of a rigged election, de-escalate tensions, and restore conditions for a negotiated way out of the crisis.

The event will be public, with simultaneous interpretation in English and Spanish. 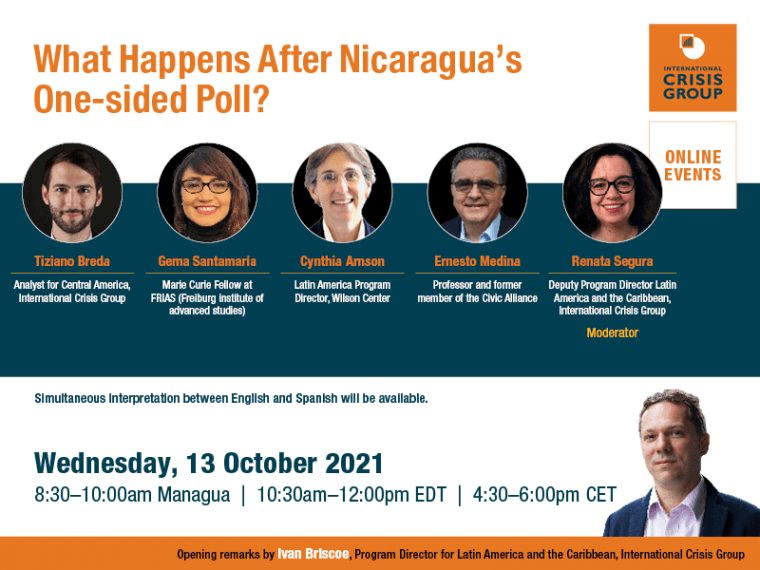