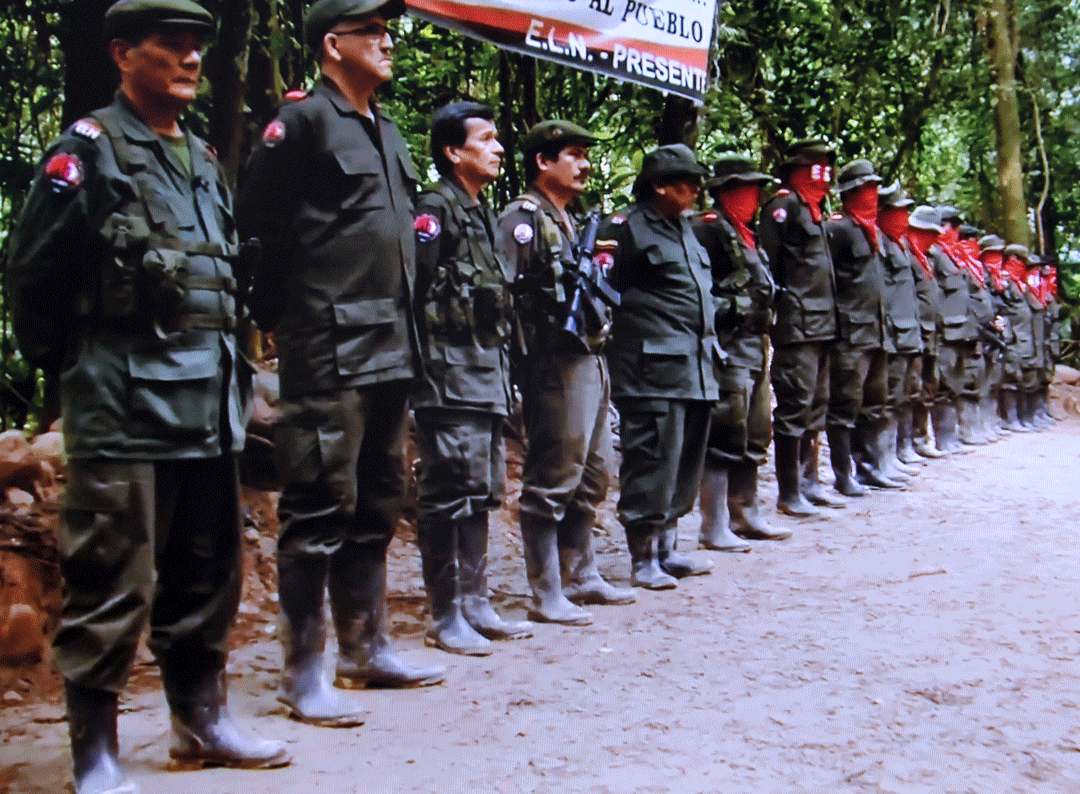 Colombia: The ELN’s Long and Slow March to Peace

When the big moment finally came on 7 January, it was hard to avoid the feeling that an opportunity has been lost. Some two weeks after an enigmatic statement had promised a “special announcement”, a video posted on the website of the National Liberation Army (ELN) celebrated at length the Fifth National Congress of Colombia’s second-largest guerrilla group. An accompanying “political declaration” ratified the ELN’s support for peace talks but lacked specific commitments. This was certainly an announcement but it did not seem all that special. Nonetheless, the outcomes of the Congress still represent valuable progress toward a definitive political settlement of the Colombian conflict.

Politicians, peace activists and analysts had expected much more. There was talk about the ELN renouncing kidnapping — mirroring the gesture made three years ago by the Revolutionary Armed Forces of Colombia (FARC) that helped to pave the way for ongoing peace talks in Havana — or announcing a unilateral ceasefire, similar to the one declared by the FARC in late December 2014. There was even speculation that the ELN would declare its year-long exploratory talks with the Santos administration successfully concluded and that formal negotiations would begin soon, although such an announcement was always unlikely to be made unilaterally.

But the announcement fell short. Instead of concrete steps, the political declaration was buoyed by revolutionary rhetoric and symbolism. It quoted at length the manifesto issued after the ELN’s first military action in Simacota (Santander) on 7 January 1965, and claimed that, fifty years later, the situation in Colombia remains unchanged. This made it easy for critics to dismiss the announcement as mere empty talk or to slam the ELN for its “anachronistic language”.

The gap between expectations and actual content was partly beyond the ELN’s control. The messages were pre-recorded during the Congress that was held late last year. The guerrillas thus had little chance to respond to developments such as FARC’s ceasefire declaration. But the ELN must take part of the blame. Its media strategy, including a Twitter countdown preparing the country for “important news”, pumped up expectations.

This succeeded in capturing public attention for a moment, but could have long-term costs. The ELN is much less demonised than FARC, but it hardly has the political capital to risk being perceived as manipulating public opinion. Chances are that, come the time for the next announcement, many people will be even less inclined to take the ELN seriously.

That would be a mistake. The Congress marked substantial progress in at least two areas. First, it endorsed the idea that peace talks should result in the ELN “leaving behind weapons” (dejar las armas). As a decision, this carried particular weight because it was taken by the first full guerrilla Congress to be held since 2006, which brought together combatants from all war fronts as well as members of the ELN’s social base.

This is a significant step forward. Not unlike the FARC, the ELN fears that abandoning weapons will leave it defenceless and diminish its leverage over the implementation of possible peace agreements. But keeping weapons would be non-starter in the Colombian context. The commitment to discuss disarmament with the government thus brings the ELN closer to a politically acceptable negotiation framework and should help to unblock the stalled exploratory talks.

The second important outcome of the Congress has been the nomination of Pablo, the leader of the Eastern War Front and one of the organisation’s most powerful members, to the Central Command (COCE), the ELN’s highest decision-making organ. It is so far unclear whether this means that one of the COCE’s five members has stepped down or that COCE has been expanded. The inclusion of Pablo, however, should quell concerns regarding whether the ELN’s strongest and best financed unit backs the current negotiations efforts.

All this should not be misread as demonstrating a newly found unity. Just as speculations over leadership rifts are probably exaggerated — the allegedly insubordinate Pablo has since 2012 publicly recognised the authority of the COCE to seek talks with the government — the Congress has likely not ended all internal discussions. ELN leaders have made it clear, for instance, that they have elaborated a “Plan B” should the political solution not prosper. Similarly, the ELN’s roundabout statement that it “might have the disposition to consider not using the weapons anymore” in the event of successful peace talks is a reminder of how fragile the progress still is.

The success of a future peace process with the ELN will depend on the continuing mediation of internal divisions. The greatest achievement of the Fifth Congress may be that it has significantly improved the chances that the ELN will close ranks behind the process. The main question for the ELN is no longer whether to seek a deal with the Santos government, but under what conditions ending the conflict would be internally acceptable. And the Congress has provided new space for potential spoilers to shape the process rather than attempt blocking it from outside.

Despite such advances, the path to formal peace talks with the ELN will probably remain difficult. A statement from December 2014 claimed that exploratory talks had so far only shown “profound differences” between the parties over the meaning and goals of a future negotiation. The guerrillas also remain deeply unconvinced of the government’s willingness to do what it takes to end the conflict. In particular, Santos’s longstanding refusal to discuss military reform remains a source of distrust. For its part, the ELN will continue to face demands for concrete good-will gestures signalling its resolve to end the armed campaign.

This suggests that additional confidence-building measures will be necessary before the negotiations can really gather steam. Given its disapproval of unilateral moves, this will perhaps not lead to the ELN joining FARC’s ceasefire, as Santos has invited it to do. But current talks in Havana over the de-escalation of the conflict could provide an alternative route. Linking the ELN to this discussion would probably provide a promising framework for prodding it into long overdue steps, such as ending kidnapping. At the same time, improvements in the conditions of jailed guerrillas, among other state measures, could increase the ELN’s trust in the government’s commitment to peace.

Opening talks with the ELN remains essential if Colombia is to seize its unprecedented opportunity to end the Western Hemisphere’s longest-running conflict. But this window will not stay open indefinitely. Despite the shortcomings, the results of the Fifth Congress should revitalise the exploratory talks. This would be crucial. As talks with FARC continue to make strides toward a final deal, neither the ELN nor the government can afford to lose much more time.

This blog post by Crisis Group’s Analyst for Colombia/Andes, Christian Voelkel, was published with permission from Razón Pública, where a Spanish version of the blog post was published on 18 January.