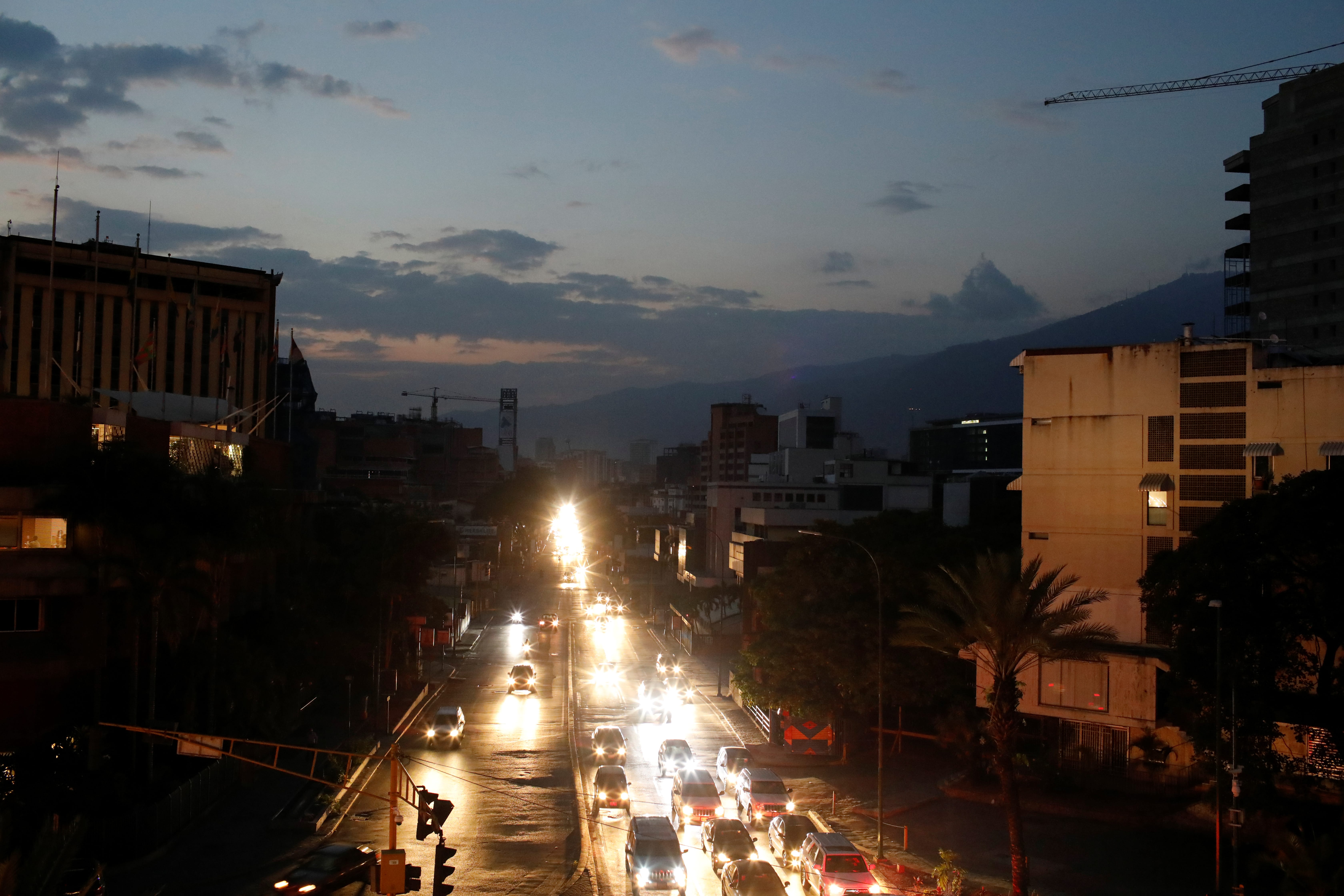 The Darkest Hours: Power Outages Raise the Temperature in Venezuela

The crippling blackouts across Venezuela are a grim portent of things to come as U.S. oil sanctions kick in and the country’s crisis deepens. All concerned to end Venezuelans’ suffering should vigorously pursue a negotiated transition leading to a power-sharing deal.

On Thursday 7 March, at around five in the afternoon, the lights went out in Venezuela. Within a couple of hours, as the tropical night descended, around 90 per cent of the country was plunged into darkness by a massive failure of the electricity generation and transmission system, run by the state-owned Corpoelec.

Venezuelans, especially those living outside the capital Caracas, have grown used to frequent lengthy blackouts. The electricity minister, an army general, promised that this one would be fixed in “three hours”. But it soon became clear that this was a national emergency, heralding a new and more critical phase of the country’s protracted crisis. In one part of Caracas, the lights came on after 22 hours, but soon went off again. The second power cut lasted 32 hours. After 100 hours, many parts of the country were still not receiving power, and a week after the lights first went out, full service has yet to be restored.

Normal life came to a virtual halt as people struggled to obtain basic goods and services. Crumbling infrastructure immediately began to fail. Water supplies dried up as pumps stopped working. Half the country’s hospitals have no back-up generators: newborns could no longer be kept safe in incubators (many reportedly died), 95 per cent of dialysis machines ceased operating and patients with needs as diverse as oxygen and insulin faced life-threatening interruptions to their treatment. Long queues formed outside the few petrol stations still pumping and motorways filled with parked vehicles at the few spots where a mobile phone signal could be picked up. Desperate inhabitants of some Caracas barrios began collecting water from the Río Guaire, an open sewer that runs through the capital. In the north-western city of Maracaibo, public fury at the lack of power boiled over into mass looting, affecting an estimated 500 businesses.

Information was also effectively blacked out. The government provided limited news, and few independent mass media have survived economic constraints and state bullying and censorship. Social media and online news sites made heroic efforts, but without electricity or data connections, most people had to rely on rumour and speculation.

In an already devastated and hyperinflationary economy, the U.S. dollar became the principal currency. A carton of eggs could cost $4; a tanker truck of water, if you could get one, $150. Local bolívar banknotes are almost worthless and extremely hard to obtain, but card payments were limited to those stores with a generator. The military established control over the few places in Caracas where a truck can take on clean water, and only those with the right connections were able to benefit. Photographs circulated online supposedly showing water deliveries to the houses of prominent officials.

What is clear is that when existing and likely future sanctions take full effect, living conditions in Venezuela will get far worse.

The government immediately blamed “sabotage”, as it has with virtually every previous major blackout, of which there have been dozens. As the hours stretched into days without power, the claim became more specific. President Nicolás Maduro said a combination of cyber-warfare, an “electromagnetic attack” and direct sabotage of an electricity substation, all carried out either by the U.S. or the domestic opposition, was responsible. Experts had a more mundane explanation: a brushfire beneath overgrown power lines reportedly overheated the transmission cables, causing the hydroelectric generators that supply over 80 per cent of the country’s energy to fail. Thermal power stations that could make up the shortfall operate at a fraction of their capacity due to years of neglect and mismanagement. Government supporters argue that the reliance of the national grid on a few hydroelectric sources dates back to the period before the late president Hugo Chávez took office.

The government has not argued that the blackout was a consequence of the severe sanctions that the U.S. imposed on Venezuela at the end of January. These measures, which block the Maduro government from profiting from the oil sales that previously constituted its principal source of revenue, were designed to force Maduro’s resignation so that Juan Guaidó, who Washington and dozens of its allies recognise as the legitimate interim president, could take power. Whether they will succeed in that endeavour is very unclear; what is clear is that when existing and likely future sanctions take full effect, living conditions in Venezuela will get far worse. Their stated purpose is to strangle the government financially, and they will undoubtedly worsen a meltdown that has already caused over three million to emigrate.

The inexorable worsening of Venezuela´s humanitarian crisis and the demise of its public services under a policy of intensifying U.S. sanctions, which has so far failed to achieve its primary goal of unseating the government, makes a political solution more imperative than ever. But so far neither the government nor the U.S.-backed opposition shows public willingness to negotiate a transition.

The government hopes the opposition, which made enormous gains under Guaidó´s leadership at the beginning of the year, is running out of steam. Maduro and his allies take heart from the fact that U.S. military intervention appears unlikely at this stage, due in part to the refusal of other countries in the hemisphere to contemplate it. And its claims of sabotage directed against the opposition are shaping a political narrative that portrays its enemies as bent on removing the government regardless of the cost to the public. It is once again threatening to prosecute Guaidó, in defiance of threats by Washington and its allies of unspecified but severe consequences. The U.S. has closed its embassy, saying the continued presence of its diplomats was a “constraint” on its policy, and European and Latin American governments are considering similar moves. One reason is that they are concerned about the safety of their diplomats; now that the U.S. has withdrawn, they feel that they may be targeted for reprisals.

Meanwhile, the opposition continues to insist on its three-part plan for a new government: ending the “usurpation” of power by Maduro, forming a transitional government and eventually (perhaps after nine to twelve months) holding new polls under a reformed electoral system. The plan is stalled, however, on point one, as Maduro shows no sign of stepping down and Guaidó and his backers in the U.S. and Latin America likewise show no sign of changing their insistence that he do so.

Unless the armed forces withdraw their support from the president, Maduro is likely to remain in power. The loyalty of the military high command to him has confounded the somewhat naïve opposition expectations of a swift rupture in the armed forces. Without a fundamental schism in chavismo, sanctions risk prolonging and intensifying the agony of the population and giving a fresh boost to a migration crisis that is straining the resources of neighbouring countries, above all Colombia, and could become destabilising.

In private, opposition politicians and their foreign allies are beginning to contemplate another path, as supposedly are some government officials. The opposition insists that their overarching objective is to hold free and fair elections, but the U.S. and its Venezuelan allies say this cannot be done with Maduro still in power. Sources close to the government, meanwhile, suggested that early elections under reformed authorities and with full international monitoring might be acceptable outcomes. But they stipulate that an agreement on this issue cannot appear to be the result of foreign pressure on Maduro, least of all from the U.S. The government would also demand that a chavista candidate be allowed to participate in the polls, and should he or she win, that the victory be respected by all countries and parties. Finally, they demand that sanctions be lifted prior to the polls lest they significantly handicap their chances.

An initial agreement on a future election, hard as it now seems, could pave the way for a broader set of public negotiations on Venezuela’s future political and economic arrangements, thereby softening the probable animosity felt by the losing side in the polls. These talks would also serve to persuade senior military officers that the interests of the armed forces as a whole and their personal economic prospects will be adequately protected. The military as an institution is vital to the transition, not least because of the proliferation in the past two decades of heavily armed groups of all kinds, from criminal gangs to Colombian guerrillas and pro-government paramilitaries (so-called colectivos) that have begun to carve up the country into semi-autonomous fiefdoms.

A genuine transition would involve forming an interim administration in which opposition, pro-government leaders, the armed forces and business groups would all be represented.

A genuine transition would involve forming an interim administration in which opposition, pro-government leaders, the armed forces and business groups would all be represented. It would be charged with alleviating the humanitarian crisis and stabilising the economy as sanctions are progressively lifted, while preparing the country for free elections. The opposition-led National Assembly has begun to produce a legal framework for a transition, although it continues to insist that executive power would be held by Guaidó pending elections. In any event, much more needs to be done, particularly in spelling out the future role of the military, the methodology for forming an interim cabinet, and genuine guarantees for the outgoing leadership that chavismo will remain an integral part of Venezuela’s political landscape. Foreign governments and international bodies have a vital role to play in bringing the two sides to the table and acting as guarantors of any agreement.

How Outside Powers Can Foster a Peaceful Transition

Any power-sharing deal will be extremely hard for politicians on both sides to sell. Both have led their supporters to believe that a “winner-takes-all” solution is available. Backtracking from that position threatens to cause serious internal disputes, potentially allowing hardliners on both sides to disrupt a transition. The foreign allies both of Maduro and Guaidó must help by making it clear that they will contemplate neither the status quo nor an external military intervention. Optimally, Washington, Moscow and Beijing would agree on how the crisis should be resolved – a difficult feat, given the current state of tensions between them and their divergent political and economic stakes in Venezuela. The European Union and its recently formed International Contact Group have a role to play in this process, as well as in devising a path toward internal negotiations.

No one involved – including those beginning to see the inevitability of such a plan – has any illusion that this path will be easy. It will involve many extremely difficult and unpleasant decisions for all involved, as well as compromises on dearly held beliefs, which they are only likely to take if they are convinced the alternatives are worse. But the power cut has shown that, if negotiations do not take place, prospects for Venezuela are extremely grim. All involved with an interest in avoiding further violence and suffering need to pursue talks vigorously. 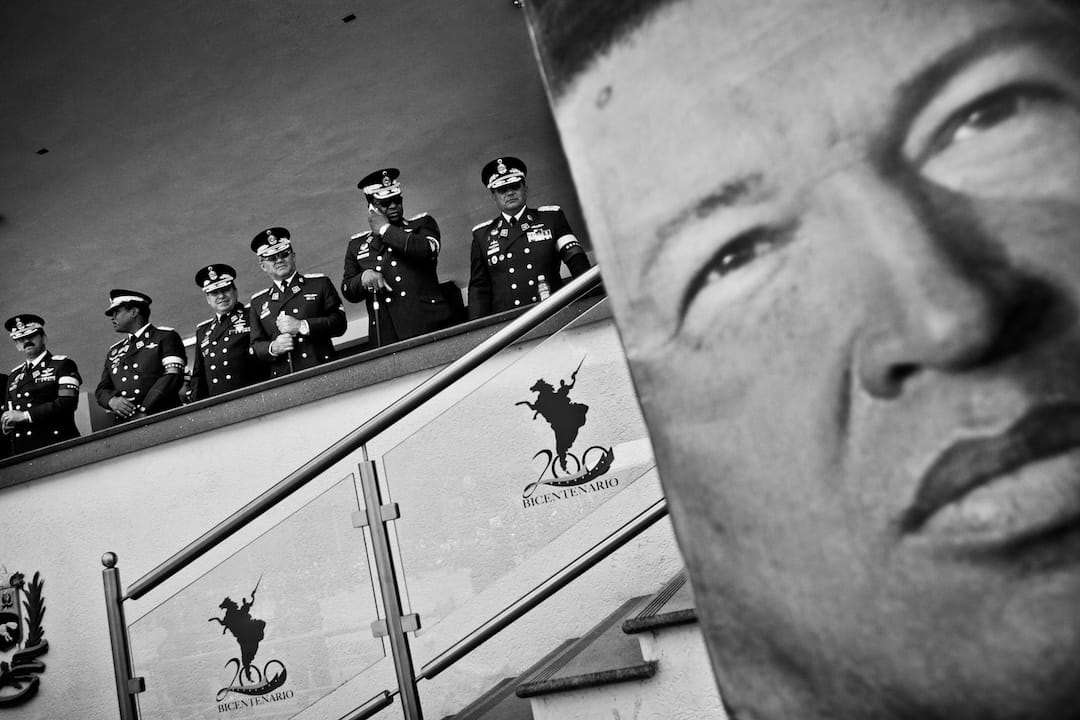