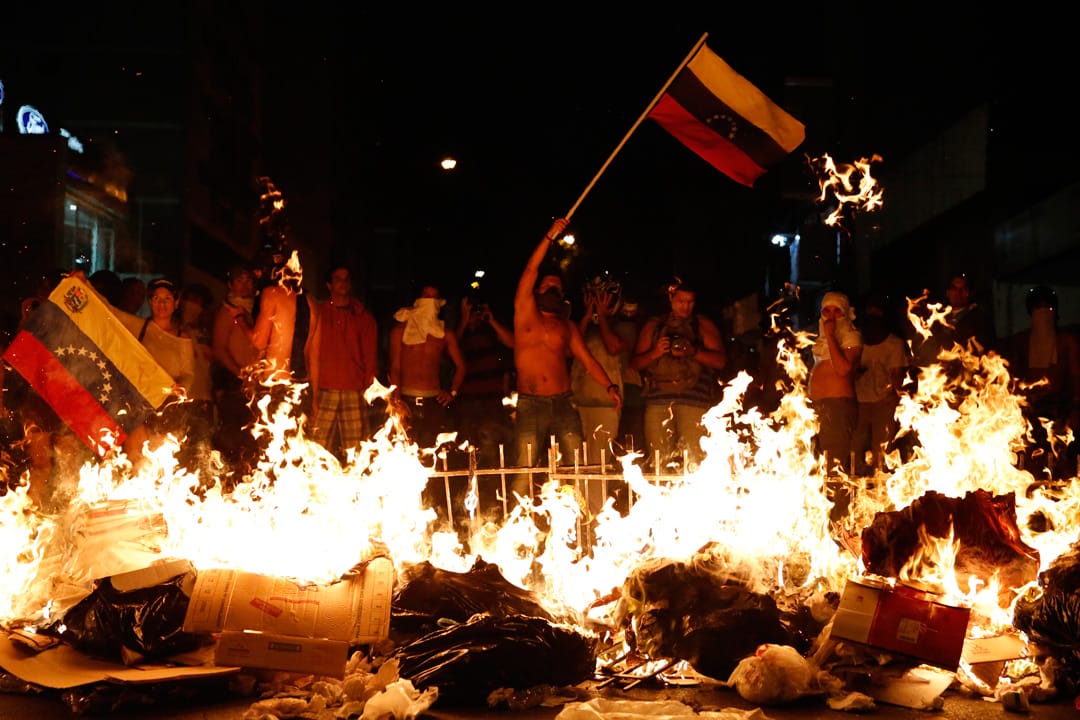 Political confrontation in Venezuela has turned violent in the past few days with the killing of six demonstrators, the injury of many more and a clampdown on civil liberties. This threatens to further erode stability and human rights in an already polarised nation facing acute economic crisis and where the homicide rate is one of the highest on earth. The government and the opposition must promptly find a way to foster a basic political dialogue. Ultimately, this dialogue – on the country’s economic direction, on how best to control crime and on tamping down Venezuela’s increasingly febrile politics – will need to result in an outcome all can accept peacefully. In the short term, without even the start of such talks, there is a clear and present risk of a further spiral of political violence and economic meltdown. The international community, particularly Latin American powers, must use their existing leverage to call for immediate dialogue but also make clear to all sides – particularly the government – that further human rights violations and erosion of democratic values will exact a heavy cost.

After a shaky start in 2013 (including allegations of fraud in the presidential election and a bid by the opposition to turn December’s local elections into a plebiscite on his rule), Nicolás Maduro had appeared to achieve greater political stability. Now the future of his government is again in doubt. The widespread discontent generated by the economic downturn, absence of basic goods, high inflation and violent crime has fuelled protests in towns and cities across the country, initially led by students and a faction of the opposition Mesa de Unidad Democrática (MUD) coalition, under the leadership of Leopoldo López (head of Vanguardia Popular) and independent parliamentarian, Maria Corina Machado. MUD leader Henrique Capriles – former presidential candidate – while calling for restraint and moderation, has also demanded an immediate political dialogue and an end to paramilitary organisations and violence against demonstrators. The government has responded with excessive violence, attacking protesters not only with riot-control equipment such as tear gas and water cannons, but also truncheons, plastic bullets and live ammunition. Apparent members of the security police (SEBIN) and paramilitary groups on motorcycles have been filmed shooting at demonstrators. Human rights groups say dozens have been arrested, beaten and tortured.

State media assert a “fascist coup” is underway, financed and encouraged by the U.S. Most private radio and television stations have eschewed live coverage of demonstrations under threat of fines or closure; a Colombia-based cable TV station (NTN24) has been taken off the air; and journalists on the street have been beaten and detained, their equipment and material confiscated. Internet access difficulties are attributed by some to government sabotage.

On 12 February students calling for the release of jailed comrades marched on the chief prosecutor’s headquarters. Some who stayed behind after the demonstration vandalised the building and clashed with armed government supporters in fighting that resulted in three deaths. The government then issued an arrest warrant for López on charges including murder, conspiracy and terrorism. After several days in hiding, he reappeared on 18 February among tens of thousands of supporters in Caracas, made a speech urging peaceful confrontation and gave himself up to the National Guard. Demonstrations of support for him took place across the country.

Although the street chaos has distracted attention from the economic crisis, each exacerbates the other. President Maduro has been unable or unwilling to curb the armed groups, and no investigation has seemingly taken place to identify or prosecute those responsible for excesses on the government side. The government, or factions within it, may have resolved to promote a violent outcome, presumably in the belief that it would favour their cause, whether by splitting the opposition, scaring demonstrators off the streets, diverting attention from economic mismanagement, providing an excuse for authoritarian measures or all the above. It is also possible that hardliners in the opposition are seeking violence in belief that it would hasten the downfall of the government; such actions would be unacceptable.

There is no easy solution. Venezuela lacks the trusted institutions and social mechanisms essential for channelling dissent and facilitating political compromise. The next elections (parliamentary) are not due until late 2015. But to begin to unravel the confrontation, López and others the opposition considers political prisoners must be promptly released unless the charges against them are credibly substantiated; the gunmen around the pro-government “colectivos” must be disarmed and demobilised; and the protesters’ right to demonstrate in peace must be guaranteed. The opposition must make clear that it rejects any resort to unconstitutional actions in its call for Maduro to step down and is open to dialogue to reduce the chances of further violence as well as to secure political reforms.  Restrictions on the press must be lifted and attacks on reporters cease.

Genuine dialogue is then needed to build consensus on remedies to the economic crisis and, in the longer term, violent crime. So far, the government’s offer to talk has been limited largely to administrative matters, but if it gives clear signs that it is committed to more genuine talks, the opposition should take part.

Crisis Group warned in March 2013 that Venezuela could not afford extra-legal political confrontation with real risk for violence. This line risks being crossed with the government showing little sign of restraint and the opposition in danger of becoming ever more radicalised. If violence spreads, and the sides discard peaceful means, Venezuela will enter a political and economic meltdown from which recovery will be lengthy and painful regardless who is in charge. It is in the interest of all, but particularly the government, to contain violence, pursue dialogue and offer some power sharing.

The international community has limited itself to weak calls for dialogue and a non-violent solution. President Maduro rejected mild rebukes from Colombia and Chile as interference in internal affairs. It is time, however, for Latin America to demand not merely that both sides act responsibly but that the government respect human rights, as it is bound to do by its international legal obligations. Powers such as Brazil must be more active in insisting upon a political solution. The regional organisations, UNASUR, MERCOSUR and CELAC – all of whom profess support for democratic principles – need to be more audible in opposing both human rights violations by the state and any violence by demonstrators.

Venezuela's future is on the line, but its political and economic implosion would also severely affect a region that has enjoyed a long period of hard-won economic growth, stability and democracy. Acceptance of claims of sovereignty cannot be an excuse for inaction when such an important achievement is at stake.