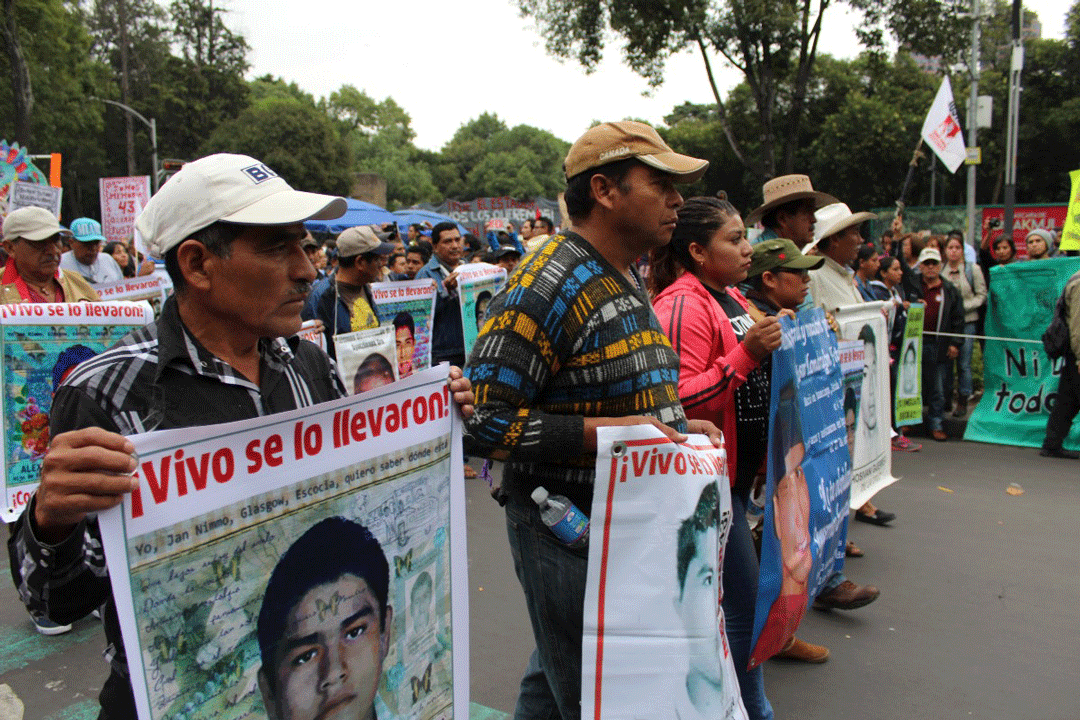 Violence is up but impunity remains the norm in Guerrero, where the lines between organised crime and legitimate authority are often blurred. President Peña Nieto’s government must turn a new leaf and embrace new investigative bodies and international expertise capable of regaining the trust that Guerrero’s corrupted institutions have lost.

Horrific, unpunished human rights violations have blurred the lines between politics, government and crime in Mexico’s south-western Guerrero state. Drug gangs not only control the illegal heroin industry and prey on ordinary citizens through kidnapping and extortion, but have also penetrated, paralysed or intimidated institutions obligated to uphold democracy and rule of law. The disappearance of 43 students from the Ayotzinapa teaching college in September 2014 by police allegedly acting in league with gangsters was no anomaly. To break the cycle of violence, ensure justice for the disappeared and bring rule of law to an impoverished, turbulent region, the federal government must give prosecution of unsolved disappearances and other major human rights violations in Guerrero to an independent special prosecutor backed by an international investigative commission empowered to actively participate in the proceedings.

President Enrique Peña Nieto has recognised that his country faces a crisis of confidence. Despite an extraordinary expenditure of resources and personnel, the investigation into the Ayotzinapa disappearances has been riddled by mistakes and omissions, according to the September 2015 report of experts appointed by the Inter-American Commission on Human Rights (IACHR). Nearly two-thirds of the public nationwide does not believe the government’s version, and three-fourths disapproves of federal prosecutors’ work. Victims and human rights defenders have demanded a probe into possible obstruction. Distrust of authorities is so profound that these and other investigations into major human rights violations in Guerrero require the credibility conferred by international expertise.

The federal government on 19 October took an important step by agreeing to put a new team of prosecutors in charge of the case that is to work with the IACHR experts to incorporate their findings and recommendations into the investigation and jointly plan the inquiry going forward. The gravity of violence and corruption in Guerrero, however, calls for further action to assure the public that authorities are ready and willing to investigate and punish criminals who terrorise civilians and any government officials whose acts or omissions help or encourage them.

First, the Ayotzinapa cases should be given to a special prosecutor’s office led by a top attorney from outside government with experience in human rights litigation. It should also take over inquiries into other enforced disappearances and major human rights violations in Guerrero, with authority to open new lines of inquiry.

Secondly, these investigations should be assisted and monitored by an international commission, under the auspices of the Organization of American States (OAS) and/or the UN and composed of experts in criminal law and human rights. This commission should have authority to participate in criminal proceedings, with full access to evidence and witnesses. It should also work with victims and human rights groups to develop plans to assure accountability for abuses committed during counter-insurgency campaigns in the 1970s and compensation for survivors.

Most crimes still go unreported, and polls show that a majority of citizens distrusts both prosecutors and police. By holding inept, complicit or corrupt officials accountable, authorities can start to regain the citizen trust that is essential for effective law enforcement. Additionally, federal and state authorities should make ending impunity for serious human rights violations an integral part of Mexico’s ongoing effort to reform the justice system while purging and professionalising federal, state and local police forces.

The Ayotzinapa tragedy is not an isolated incident. The discovery of mass, unmarked graves in Guerrero, especially around Iguala, where the students disappeared, laid bare a gruesome pattern of more extensive unsolved killings. Nor is the problem limited to Iguala. The May 2015 abduction of more than a dozen people in Chilapa, where state and federal forces had taken security responsibility, showed that months after the students disappeared authorities remained unwilling or unable to act decisively to prevent and resolve such crimes.

Disappearances cast a long shadow over the justice system, an essential pillar for rule of law in any stable country. Mexico has more than 26,000 unsolved missing person cases, according to an official registry. The president has proposed a special prosecutor’s office to investigate these cases. This is positive, but unlikely to win public confidence given the magnitude of the issue. Mexico should open a debate about creating a national mechanism for resolving these cases and other major human rights violations, drawing upon the expertise and experience of both Mexican and foreign human rights defenders to uncover the truth, punish the perpetrators and support or compensate relatives of the victims.

Federal officials cite declining homicides over three years as an important achievement. But violence remains intense in states such as Guerrero, which in 2014 had the country’s highest homicide rate and where bloodshed is rising. Despite deployment of more federal police, homicides in the state rose 20 per cent in the first half of 2015. And official statistics may not reflect the true insecurity level in a state where some 94 per cent of all crimes go unreported. Impunity, even for homicide, is the norm. Over a decade, a recent study found, only about 7 per cent of Guerrero homicides have resulted in convictions. Nationally, another report said, about 16 per cent of registered homicides end in convictions.

President Peña Nieto vowed in November 2014 that “after Iguala, Mexico must change”. He can still make good on this, but only with decisive action to restore confidence by investigating and prosecuting emblematic cases, starting in Guerrero and continuing in other vulnerable states. By creating a hybrid investigative entity, the government would not only ensure an impartial inquiry, but also encourage transfer of skills from foreign specialists to Mexican prosecutors.

Guerrero’s tragedy is more than the failure of Mexican institutions. The criminals who terrorise its citizens derive much of their wealth from producing and transporting illegal drugs across the border. The U.S. has a clear interest in strengthening law enforcement and justice in the state that supplies much of the heroin that fuels its growing epidemic. Supporting strong, independent prosecutors with money and technical aid would bolster rule of law by demonstrating that neither violent criminals nor corrupt officials will go unpunished.