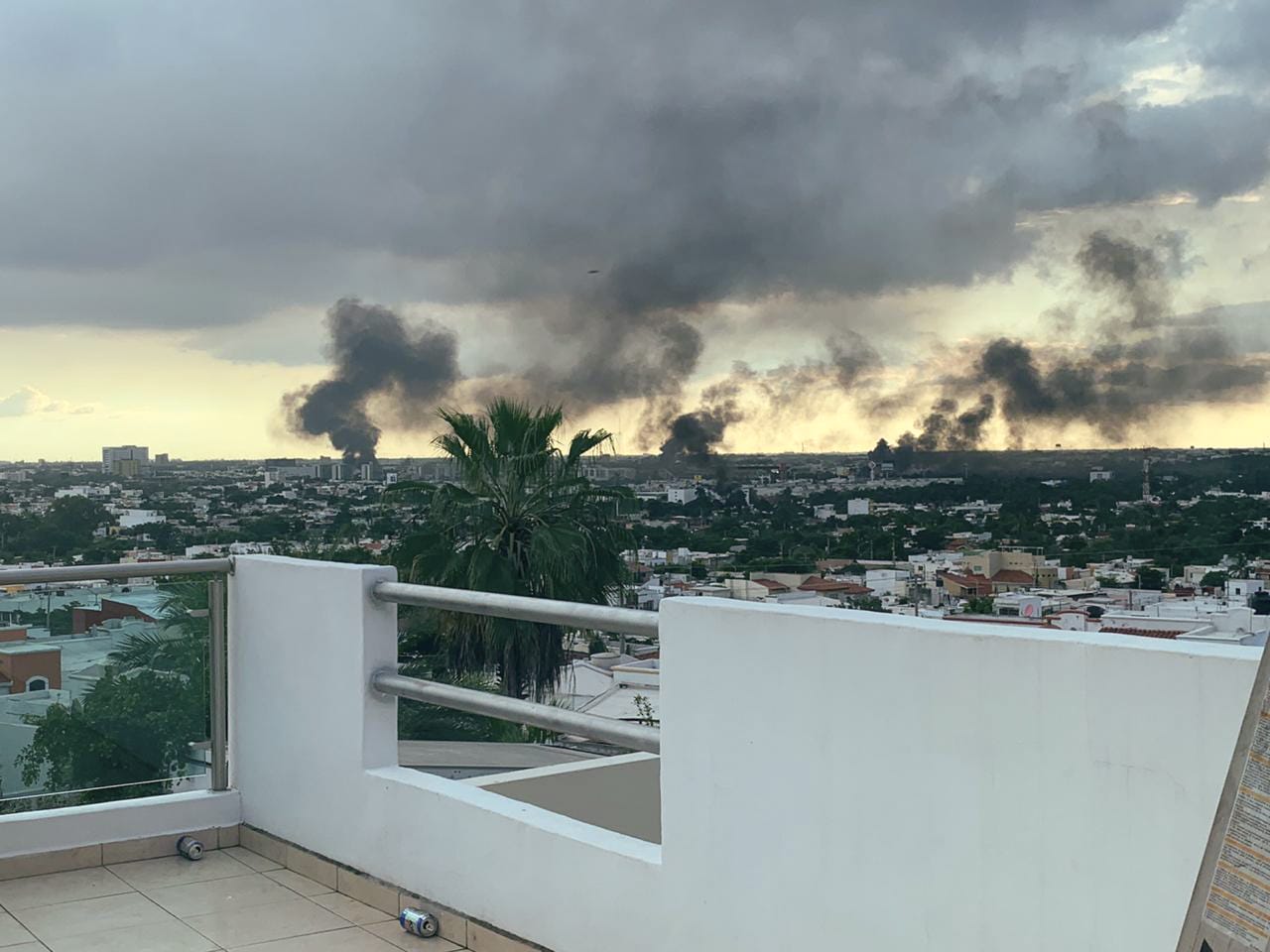 Shocking pictures from Culiacán show a criminal organisation forcing the Mexican state into submission. In this Q&A, Crisis Group Senior Analyst Falko Ernst explains why the mayhem should compel the government to revisit its security paradigm.

What happened in Culiacán?

A series of incidents over the last four days has torn the veil off the true depth of Mexico’s security and governance crisis. On 14 October, gunmen allegedly from the Jalisco Cartel killed thirteen police officers in an ambush in the state of Michoacán. On 16 October, a showdown between the army and organised crime led to the death of a soldier and fourteen suspected criminals in Guerrero. Then, on 17 October, things went completely out of control. In Culiacán, capital of Sinaloa state and cradle of Mexican narco-trafficking, the army and National Guard detained Ovidio Guzmán, a son of former drug overlord and Sinaloa Cartel boss Joaquín “El Chapo” Guzmán, who is serving a life sentence in a U.S. prison. The cartel reacted by attacking soldiers with heavy weaponry and sending out crews of hit men to roam the streets, sowing terror among the city’s population. Within minutes of the onslaught, cell phone video footage of the shoot-outs was making the rounds of Facebook and Twitter, along with photos of pillars of smoke rising from the city as the cartel’s men set vehicles and buildings ablaze.

The scale of the violence is not new. Murder rates have risen steadily in Mexico, with 2019 on track to become the third year in a row in which the country will record its highest-ever number of homicides.

The havoc in Culiacán was nearly simulcast on social media, letting the world watch in something close to real time.

What is new is the force of the images. Over the last thirteen years, the scope of Mexico’s violence has often been hidden from public view, with much of the killing taking place under a blanket of silence or in remote areas where traditional media cannot reach. But the havoc in Culiacán was nearly simulcast on social media, letting the world watch in something close to real time. It looked like something out of a war zone – and for Culiacán residents it was. Local contacts told Crisis Group that they had never experienced such fear. The city was paralysed, as if under siege.

The Sinaloa Cartel intended the images to look like a war, and their public relations strategy seems to have been effective in that it sprang Guzmán from detention. On the night of 17 October, the Mexican federal government announced that it had released the cartel leader so as to avoid further violence. It later added that Guzmán was never “formally detained”, though U.S. law enforcement sources had previously told a journalist that the kingpin was “100 per cent in Mexican custody”. In other words, the spinning of the 17 October events has begun, and the full truth may never come out.

What do these events mean for the conflict in Mexico?

Regardless of the government’s spin, the public is taking away the message that a criminal organisation forced the Mexican state into submission. The Culiacán events thus set a highly dangerous precedent.

There is no deterrent to severe violence because there are no consequences.

There are many reasons why armed conflict in Mexico has grown increasingly lethal and hard to control over the past fifteen years. But the main one is impunity. Statistics from the latest iteration of the drug war since late 2006 tell the tale: roughly 150,000 people have been killed as a direct result, according to most sources, and more than 40,000 have disappeared. But more than 95 per cent of these serious crimes have gone completely unpunished. There is no deterrent to severe violence because there are no consequences. The events in Culiacán threaten to strengthen this perverse logic, for what organised crime groups are likely to perceive is that they can blackmail the Mexican state. Some groups, including in regions where conflict has been less severe, might be tempted to imitate the Sinaloa Cartel’s actions. That has happened in the past.

What does this incident mean for the new president’s security policy?

Culiacán calls into question the government’s approach to security. President Andrés Manuel López Obrador won last year’s election partly on the strength of his promise to refrain from confronting organised crime with lethal military force. The previous two presidents relied on such force, and that approach backfired, deepening and widening violent conflict. Kill-or-capture missions targeted at criminal leaders succeeded on their own terms, splintering the large criminal organisations. But the state did not follow through with re-establishing its writ in the country’s most embattled regions. Instead, the fragments of the criminal groups remained strong, and in some places dominant, perpetuating and even accelerating the cycle of killing and extracting income directly from civilians, for instance through extortion.

López Obrador adopted the stance that “fire cannot be fought with fire”.

In reaction to this state of affairs, and amid widespread frustration with the militarisation of public security that brought it about, López Obrador adopted the stance that “fire cannot be fought with fire”. He ruled out the use of military force to fight crime. Yet the paradoxes of his new approach are becoming conspicuous: López Obrador continues to rely on the armed forces to provide public safety, arguing that the police are too corrupt to do the job. At the same time, the fragmented criminal groups are exploiting the government’s renunciation of military force to test how much farther they can extend their sway.

López Obrador’s flagship security institution, the National Guard, officially established in June, is nominally a new federal police body, yet it relies almost exclusively on military personnel and resources. The effect of its deployment to a number of violent regions is so far hard to detect. Its operations remain limited to patrolling streets and staying visible, under the rubric of non-coercive policing. The Culiacán events will deepen the public’s confusion about its role. The government says it did not intend Guzman’s arrest to be a kill-or-capture raid on the old model. It claims that the operation was botched and poorly planned, an isolated incident that is not indicative of policy.

In effect, militarised security policy is both dead and alive: López Obrador has renounced it but its vestiges remain. Meanwhile, there is no new, comprehensive security strategy to take the place of the old drug war axioms. As of yet, there is no clear commitment to reforming local police forces. The president has taken no measures to address chronic institutional problems such as lack of oversight and corruption within the security forces and the judicial system. Instead, he has insisted on the curative effect of his own personal integrity, and on achieving security through prosperity: his government’s ambitious social and economic programs are intended to generate enough educational and vocational opportunities to undermine organised crime’s lure.

Shocking as it is, Culiacán does not come out of the blue.

Addressing socio-economic factors is a necessary part of the solution to Mexico’s problems. But without short-term security measures geared toward protecting civilians and deterring criminal aggression – measures that very likely need to feature a credible threat to use force – the long-term strategy may not matter much. Over recent months, Crisis Group has spoken to commanders of cartels and smaller illegal groups in Michoacán and Guerrero who clearly stated their plans to test how far they can go. Shocking as it is, Culiacán does not come out of the blue.

What can López Obrador do now?

It will not be easy for López Obrador to navigate this first full-blown crisis of his presidency. In terms of security policy, it leaves Mexico at a crossroads. So far, López Obrador may feel affirmed in his “hugs, not bullets” stance by continued high approval ratings. But after the 17 October events, even his staunchest supporters might start to ask questions. The coming backlash could translate into intense pressure on the administration to overhaul its security policies. The administration might be tempted to fall back on old ways – to return to kill-or-capture operations as a quick fix. But this move would do more harm than good.

López Obrador and his team should acknowledge that their current socio-economic solution needs some adaptation.

Instead, López Obrador and his team should acknowledge that their current socio-economic solution needs some adaptation. The goal should be to elaborate a comprehensive strategy that does not abandon this long-term component, but pairs it with short-term methods for safeguarding the vulnerable and curbing the most aggressive criminal behaviour, such as deploying security forces to separate warring groups and prevent assaults on civilian populations in extremely violent places like the Guerrero highlands. The abuses associated with the use of state force in the past were severe, but authorities can move toward curbing them with strict oversight and accountability mechanisms to eventually end military and police collusion with organised crime and other forms of corruption, as well as human rights abuses including forced disappearances and extra-judicial killings. Renewed efforts to create effective local law enforcement are also essential. López Obrador’s administration has largely put on ice various efforts aimed at professionalising the police – better training, equipping, paying and protecting them. Instead, the government should bring those programs back and fully commit to them.

The U.S. should assume its share of responsibility for the crisis.

Past administrations bear much of the blame for Mexico’s current condition. But it is now up to López Obrador to lay the foundations for a gradual rebuilding of state capacities. In the meantime, short-term law enforcement measures are important to arrest the trend toward broader, deeper conflict in Mexico. Outside powers should offer to provide assistance toward institutional reform, particularly that of local police forces by offering technical assistance, as well as providing technical and financial aid to clarify the fate of Mexico’s disappeared persons. The Mexican government should push on with efforts to address money laundering and the illegal flow of arms into the country, which help propagate continued criminal violence. Meanwhile, the U.S. should assume its share of responsibility for the crisis, beginning with recognition that, by leaving Mexico no choice but to act as an extended arm of U.S. immigration control, it has compelled its southern neighbour to channel crucial resources away from public safety. It is a core U.S. national security interest to let Mexico do what it most urgently needs to do and invest all it has in greater stability.

Treating Mexico’s Epidemic of Violence under the López Obrador Government