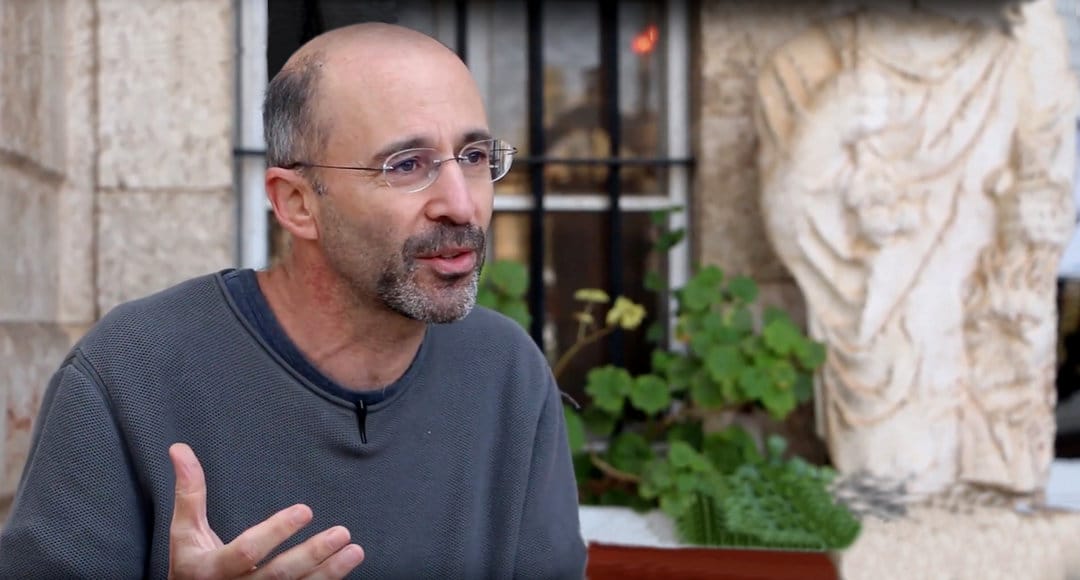 A Message from Our New President & CEO

My grandparents hailed from Syria and Eastern Europe. My father was an Arab nationalist Jew from Egypt. I was born in the U.S. and lived for much of my youth in France. Putting myself in other people’s shoes and juggling competing or even contradictory perspectives is, for me, not merely an occupational hazard. It’s a natural condition.

That’s likely what first drew me to Crisis Group some sixteen years ago, when I founded its Middle East and North Africa Program: the organisation’s globalist perspective; its commitment to talk to anyone and everyone; its fierce independence; its resistance to the tyranny of conventional wisdom and rejection of all barriers – whether national, sectarian, or ethnic. Plus, of course, there’s its unique identity and mandate. At our best, we combine the immediacy of journalism, the rigour of academia, and the relevance of sharp and practical policy proposals.

Unlike traditional think-tanks, we have a central, collective purpose: to help prevent, mitigate and resolve deadly conflict. Everything we do – from the profile of the analysts we hire; to the issues we choose to cover and those we choose not to; to our communications strategy; and to the promotion of our policy ideas with those who can make a difference – must reflect that aspiration.

Our analysts work, and wherever possible, live in the field. They are our lifeblood.

Also unlike traditional think-tanks, our analysts work, and wherever possible, live in the field. They are our lifeblood: shedding preconceptions, keeping their minds and ears open to new perspectives and ideas, talking and listening to conflict actors and victims from Afghanistan to Venezuela, Myanmar to Mali, Ukraine to the Democratic Republic of Congo, Syria to Somalia, Thailand and Yemen. Only by taking the time to fully appreciate conflict dynamics, by talking to all parties, by understanding their fears and motives can we come up with viable proposals, mindful of potential reactions and pragmatically taking account of competing interests.

My own stints in government enormously enriched my understanding of how the world works. But by limiting my contacts, they also impoverished my ability to communicate with all parties. Try as I did, being in government made it hard to escape the intellectual trap of group think, where the widest divergence of opinion often remains narrow: whether to sanction today or sanction tomorrow; whether to condemn geopolitical rivals strongly or very strongly or allies weakly or not at all. Hemmed in as I often was by stuck-in-the-box thinking, Crisis Group’s work always counted among my favourite antidotes.

As I begin my work as president of Crisis Group, I am committed to preserving those attributes that have made the organisation special and enabled it to develop innovative, ground-breaking and viable proposals on how to prevent conflicts, resolve them or mitigate their worst effects. These attributes also protect the organisation’s most cherished commodity – its independence. I am a U.S. citizen and have served in the administrations of Presidents Bill Clinton and Barack Obama. But that will no more make Crisis Group a U.S. organisation than Gareth Evans’ tenure made it an Australian one, Louise Arbour’s a Canadian one, or Jean-Marie Guéhenno’s a French one.

I will jealously protect Crisis Group’s impartiality, resolutely uphold its integrity and ensure that no one donor or global power ever dominates our thinking.

My predecessors proved remarkable leaders of our organisation, and like them I will jealously protect Crisis Group’s impartiality, resolutely uphold its integrity and ensure that no one donor or global power ever dominates our thinking. Our headquarters stays in Brussels; our regional programs are as always the building blocks of our organisation; and the analysts who conduct in-depth research and advocacy on 50 crises and deadly conflicts will remain the locomotives of our work.

With continuity, however, must also come change. My perspective on the organisation is shaped by twelve years at Crisis Group helping to produce our work, and three subsequent years in the Obama administration often consuming it. Those experiences inform my twin convictions: we must continue doing what we do – rigorous field-based analysis; realistic, independent policy recommendations; and advocacy with those who can make a difference, whether decision-makers in global, regional and local capitals or in the field – while constantly adapting and sharpening our work and methodology.

We need to raise our game, as all organisations do, given increased competition, a saturated media environment and a tough fundraising climate. We need to adapt to a geopolitical landscape that is in many ways unrecognisable to Crisis Group’s founders. Over the years, the most consistent criticism levelled at the organisation was directed at its recommendations: too naïve, too unrealistic, too abstract. Point taken. It’s always been true that one is unlikely to shift policy by appealing to a common good or universal values; it’s always been necessary to show leaders why charting a different course can serve their own ends; we always can strengthen our prescriptions.

But twenty, even ten years ago, one could at least make the case that a group of influential states saw it in their interests to work collectively to end at least some crises; today, many major and regional powers define their interests more narrowly and pursue those interests more nakedly. Events of the past few years – new wars and atrocities, the erosion of multilateralism, escalating geopolitical rivalries and crises in a number of established democracies – all have contributed to an environment where conflict resolution and management is harder but more essential than ever.

Analytical integrity, innovative prescription, active persuasion, independence and working as a global good in the interests of victims of conflicts still capture where Crisis Group comes from.

I count myself fortunate that my presidency follows that of Jean-Marie, whose grasp of this evolving geopolitical landscape led him to lay solid foundations for the changes Crisis Group must make. Our access to and understanding of policy-making in the capitals of regional heavyweights is growing; our Giustra Fellows program further diversifies our staff and empowers young analysts from many of the places we work; our new U.S. program sheds light on policy-making in Washington and its impact abroad; occasional thematic reports now complement our traditional work on individual conflicts. All this I plan to build on. We must perpetually challenge ourselves to be more effective in influencing how governments and leaders across the world, decision-makers in international and regional bodies and non-governmental actors think and act. We need a stronger voice on today’s major international crises – from the North Korea nuclear crisis to the escalating U.S.-Iran rivalry, from Afghanistan to Ukraine and Syria – while keeping the spotlight on those hidden from the headlines.

I embark on this exciting mission persuaded that we can elevate Crisis Group, staying true to our core while reinvigorating ourselves and our mission, being more demonstrably effective in addressing deadly conflicts, and being more active and visible in global debates. For this, of course, we need more resources, because our mission must expand geographically and because we need to be heard amid the growing cacophony of populism, nativism and militarism. We’ll be counting on our many existing and future friends and supporters in this task.

I began my career at Crisis Group under the tutelage of Gareth Evans who, in his recent memoir, recounts the original inspiration that animated its founders: “They felt there needed to be a new kind of international non-governmental organisation, with which many familiar and forceful names could be associated, which could effectively send wake-up calls to the international community to respond more effectively to unfolding man-made catastrophes. The idea was basically to get policy leaders to think about things they didn’t want to think about, and do things they didn’t want to do”.

For better or for worse (those who know the formidable former Australian foreign minister would probably say for better and for worse!) I am no Gareth. And much has changed since Gareth’s time in the nature of the crises we cover, whom we try to influence and how. But the principles his words encapsulate – analytical integrity, innovative prescription, active persuasion, independence and working as a global good in the interests of victims of conflicts – still capture where Crisis Group comes from, the essence of its mandate and identity today and the spirit in which, with your help and that of the organisation’s exceptional team, I intend to lead it.