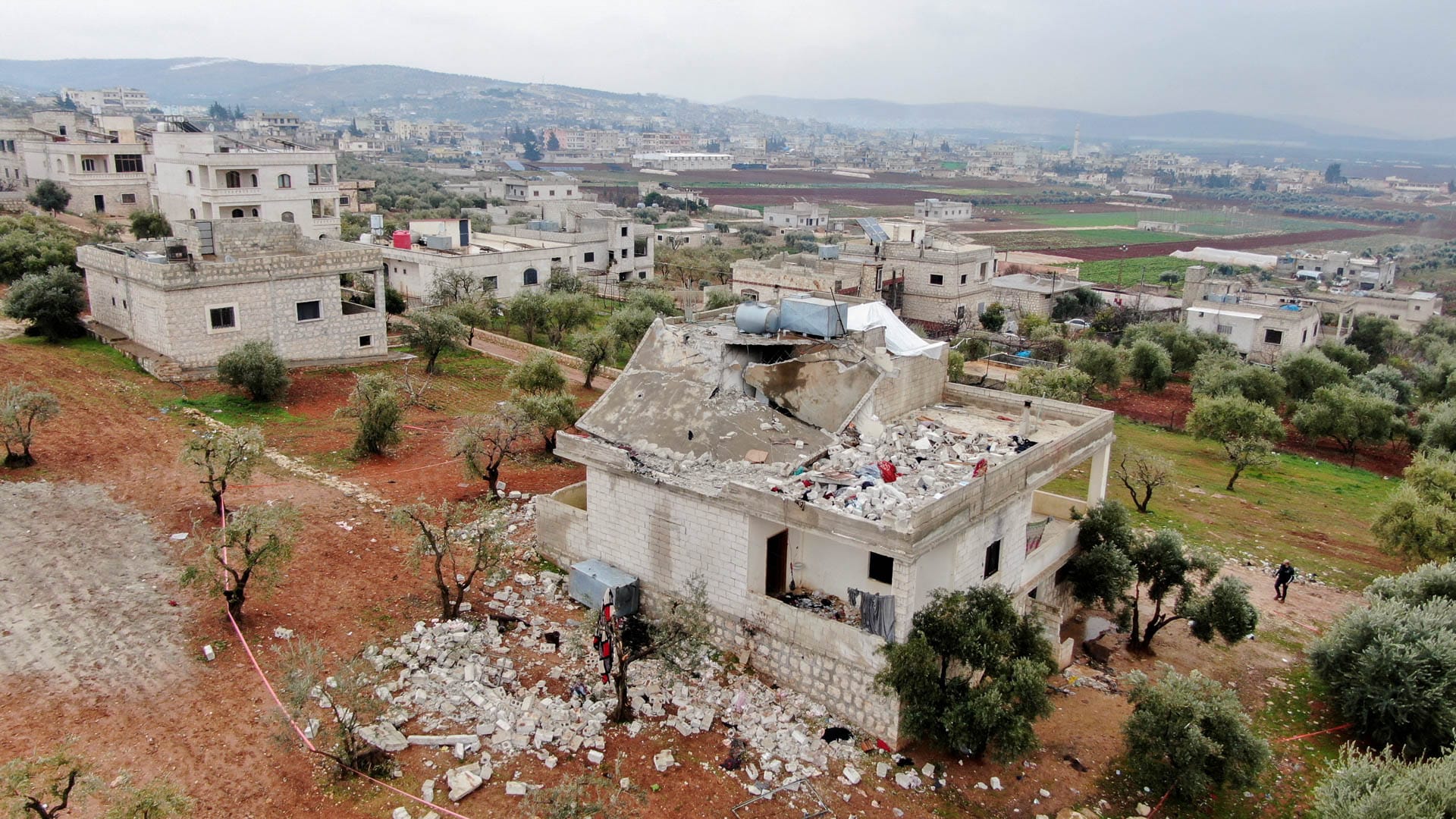 Debris from a building destroyed in the aftermath of a counter-terrorism mission conducted by the U.S. Special Operations Forces are seen in Atmeh, Syria, 4 February 2022. Picture taken with a drone. REUTERS/Mahmoud Hassano
Q&A / Middle East & North Africa 04 February 2022

Who was the ISIS leader killed yesterday in north-western Syria?

Abdullah Qardash, an Iraqi national also known as Abu Ibrahim al-Hashimi al-Quraishi, became ISIS leader on 31 October 2019, one week after his predecessor, Abu Bakr al-Baghdadi, was killed in a U.S. raid in Idlib province in north-western Syria. Qardash was a long-time jihadist veteran. He joined what was known as al-Qaeda in Iraq shortly after the 2003 U.S. invasion to fight the U.S.-led coalition forces and the new Iraqi government. Like several other future ISIS leaders, he was arrested for his role in the insurgency and spent time in the U.S. Camp Bucca detention facility.

Also like some ISIS leaders and many in its cadres, Qardash hails from Tal Afar, a heavily Turkoman area of north-western Iraq that saw a good deal of sectarian fighting between forces associated with its Sunni and Shiite communities. He was later a member of a tight network of militants that led ISIS in Syria from 2013 onwards, following the outbreak of war there. He has been part of the upper ISIS echelons ever since.

What do we know about him as a leader of ISIS?

There is little public information on Qardash. Most of what is available was published in journalists’ reports based on leaks by Iraqi and U.S. intelligence agencies only after he succeeded al-Baghdadi. Both the U.S. and human right organisations accuse Qardash of playing a prominent role in ISIS for the past decade, during which time he supervised the enslavement of the Yazidi population in Iraq’s Sinjar district, which ISIS invaded in August 2014. Qardash took the top leadership position at a time when the group had already lost control of most of the Iraqi and Syrian territory it held at its 2014-2015 peak. He subsequently stayed under the radar, avoiding public pronouncements. The U.S. claims that Qardash nonetheless kept in touch with active ISIS cells throughout the region via a network of couriers and messengers who allowed him to supervise some of the group’s activities.


How was he killed?

The U.S. says it obtained information that Qardash was holed up in a house in Atmeh, a town in Idlib province, a few months ago. President Joe Biden mentioned in his press conference on 3 February that U.S. forces decided to send special forces troop to raid the premises – as opposed to ordering an airstrike – in order to limit civilian casualties. Yet the raid nonetheless resulted in the deaths of six children and four women, all of whom the U.S. claims were killed when Qardash blew up his apartment. The U.S. may also have settled on a ground operation so as to able to retrieve information from Qardash’s hideout that might help it in pursuing other ISIS leaders and commanders. As such, the operation differed from other U.S. targeted killings of jihadist leaders in Syria in the last few years, such as those associated with the group Hurras al-Din, which relied on drone attacks. Qardash’s death a little more than two years after becoming ISIS leader suggests that U.S. intelligence has extensive information about the group’s leadership and working methods.

The single territory that once comprised what ISIS called its “caliphate” in Iraq and Syria has fragmented.

There is much speculation about the role of Hei’at Tahrir al-Sham (HTS), the jihadist group that controls north-western Syria. Some analysts believe that this group has generally cooperated with the international counter-ISIS coalition, as well as Turkey, in combating ISIS, while others accuse it of protecting ISIS.

It is unclear whether HTS is actively coordinating with any regional or international force in countering ISIS. The group has unilaterally clamped down on ISIS networks in Idlib while publicly denying any security cooperation with foreign countries. It is unlikely that the HTS leadership knew of Qardash’s presence in Idlib. According to coalition statements, Qardash, his lieutenant and their respective families inhabited two floors of a residential building that also housed another family, who appeared to be unaware that their upstairs neighbours were ISIS members. Separate reporting also suggests that other immediate neighbours and the landlord did not know the jihadist leaders were there. U.S. officials and Atmeh residents say Qardash never left the house.

It is important to note that the single territory that once comprised what ISIS called its “caliphate” in Iraq and Syria has fragmented. This territory is now under the control of a multitude of parties: the Iraqi army and Iranian-backed Hashd al-Shaabi (Popular Mobilisation) paramilitaries in Iraq; the Kurdish-led Syrian Democratic Forces (SDF) militia in north-eastern Syria; the Turkish army and its Syrian partners in Syria’s northern Aleppo province; HTS in Idlib; and the Syrian regime along with its Russian and Iranian allies in central Syria. While the actors controlling these various zones of influence have siloed their counter-ISIS efforts – and often accused one another of facilitating ISIS cross-line movement to weaken their respective adversaries – ISIS has continued to maintain communication and transit networks throughout these regions. It appears to view each area as important to one aspect of its operations or another.

Each of those zones of influence has its own distinct security vulnerabilities, which ISIS exploits. For example, ISIS has been using government-controlled central Syria as its main base for training new recruits and as a rear base for operations in Iraq and north-eastern Syria. It uses SDF-controlled north-eastern Syria as a financial, logistical and recruitment hub while conducting targeted attacks designed to weaken confidence in local governance and lay the groundwork for its return if and when the present authorities lose their grip. In Idlib, HTS officials involved in their own counter-ISIS efforts have previously conveyed their assessment that ISIS planned to use hideouts in the area under their control to coordinate its operations in other places. Qardash’s presence in Atmeh seems to bear out this judgment.

Idlib itself has been unconducive to ISIS operations, but several factors explain the presence of clandestine ISIS cells. The first, and largest, wave of ISIS infiltration to Idlib occurred in 2018, when ISIS fighters besieged by Syrian regime forces in eastern Hama province moved north, entering HTS-held south-eastern Idlib. Many of these fighters attacked HTS positions, capturing dozens of villages before HTS was able to reverse their gains. Others slipped deeper into Idlib, where they went underground. The second group of ISIS militants arrived in March 2019, when Russian jets hit the outer walls of an HTS detention facility in Idlib city holding hundreds of ISIS inmates. As many as 600 prisoners, most belonging to ISIS, escaped in the ensuing bedlam. While HTS claims it was able to recapture some of them, many others disappeared and reportedly melted into the province’s population. Additionally, individual ISIS fighters and commanders have intermittently been smuggled into the province from central and north-eastern Syria since March 2019, when the last ISIS stronghold, Baghouz on the Iraqi border, fell to coalition forces.

ISIS also exploited the general chaos and insecurity caused by regime offensives aimed at retaking Idlib in 2018 and 2019 to further strengthen and expand its operational network in the area. Recurring regime operations in northern Hama, southern Idlib and western Aleppo caused thousands of civilians to flee what became front-line towns into Idlib, enabling ISIS to move and entrench its cells there. 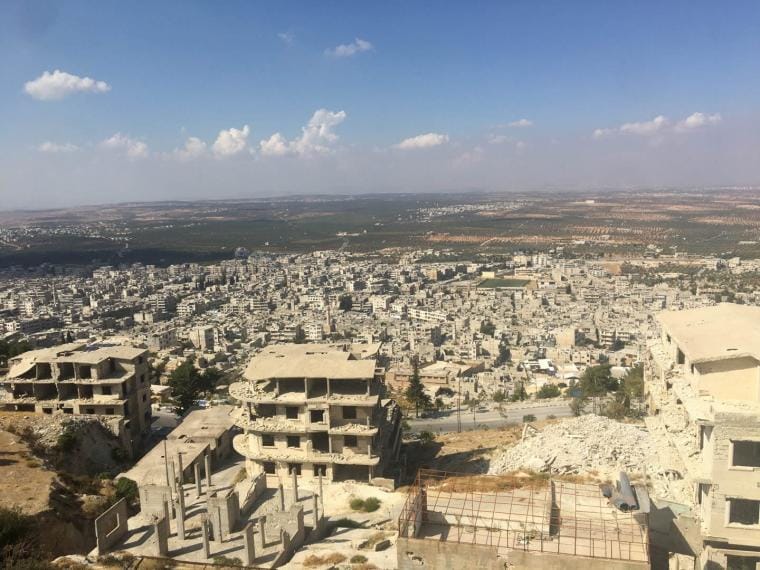 What will be the impact of Qardash’s death on ISIS activities in Iraq and Syria?

Qardash’s death is significant and should not be downplayed. Yet, unlike many other jihadist groups, ISIS does not base its appeal on individual personalities. It does not promote a charismatic single leader said to have unique qualities, but the concept of a state, its so-called caliphate. ISIS seems to have been able to maintain a coherent message and the capacity to recruit, albeit to a far lesser extent than what it had prior to its territorial defeat in Iraq and Syria. Since that defeat, the top ISIS leadership has primarily been providing broad strategic guidance to the group’s affiliates and sympathisers worldwide, through its online messaging, rather than day-to-day command and control. ISIS networks in Iraq and Syria will likely keep striving to build capacity and undermine local authorities until circumstances allow them to grow once more.

What about this event’s impact on ISIS affiliates elsewhere in the world?

In practice, ISIS provinces enjoy a substantial degree of autonomy. They publicise their attacks in a coordinated manner through what remains of ISIS central, including a committee responsible for producing the weekly al-Naba newsletter, which covers ISIS activities worldwide. They also receive guidance from a network of interconnected militants who support ISIS  provinces’ media as much as military activities. Yet most ISIS province leaders take their own decisions based on their assessment of local conditions. While they align with ISIS central’s strategic views on the establishment of local Islamic states and the priority of attacking foreigners and non-Muslims, they do not need to receive specific orders from the top leader, for example, to launch particular attacks. The global ISIS leadership also faces occasional resistance from provincial lieutenants.

The impact of Qardash’s death is therefore likely to be limited by these considerations. As in the aftermath of Abu Bakr al-Baghdadi’s death, all the provinces will probably publicly reaffirm their allegiance to any new ISIS leader quickly. But it is unclear for now what the oaths will mean in reality.

The Anxiety Effect: How 9/11 and Its Aftermath Changed Gulf Arab States’ Relations with the U.S.