Where is the EU in the great conflicts of the Middle East?

The European Union’s (EU) Middle East policy is characterised by an apparent paradox. The EU (along with its member states) is the second-largest aid provider to the region, after the U.S.; the Middle East’s largest trading partner; and the actor most strongly and directly affected by regional crises (such as in Lebanon, Libya and Syria). Yet its voice on major Middle East questions is rarely heard. The EU is not solely to blame, of course, given the purposely ambiguous policies of some major member states, which prefer the image of a “paralysed” Europe to the hard work of formulating unified EU policy lines and conducting strong and concerted diplomacy. The emergence of more assertive policy from the countries of the Visegrad group (Hungary, Poland, the Czech Republic and Slovakia) also increasingly undermines Europe’s capacity to act as a united front. In the end, the EU is as strong as its member states allow it to be.

One result is that, all too often, the European External Action Service (EEAS) is a consensus builder among the 27 member states, rather than an executor of foreign policy. That tends to reduce EU foreign policy to provision of aid whose terms and conditions suffer, in turn, from a lack of medium- and long-term political strategy. For countries uninterested in reaping the economic windfall of European aid, such as the Gulf monarchies, the EU is therefore almost irrelevant.

The EU’s inability to weigh in on the crisis in Israel and Palestine is the most glaring current example of its structural problems.

The EU’s inability to weigh in on the crisis in Israel and Palestine is the most glaring current example of its structural problems. Though it is Israel’s major trading partner and the Palestinians’ main donor, the EU is inaudible. Not surprisingly, the many contacts between the EU’s high representative for foreign affairs and security policy, Josep Borell, and regional and international officials (including the president of the Palestinian Authority, the Israeli foreign and defence ministers, the Egyptian, Jordanian and Turkish foreign ministers, and the U.S. secretary of state) have yielded no concrete result. With Hungary blocking a joint EU position, Borell was forced to issue a statement as the EU’s high representative – instead of an EU call – for a ceasefire to conclude the Foreign Affairs Council session on May 19.

That the EU would revisit its policy vis-à-vis Hamas’s political wing, a necessary step should that movement join a future Palestinian government, therefore seems for now an unattainable goal. But beyond the internal divisions, it is mainly the gap between the tirelessly repeated political objective – to restore a process leading to a negotiated two-state solution – and reality on the ground that takes away the EU’s credibility. Failing diplomatically, the EU is increasingly criticised for indirectly contributing – through a distorting effect of its aid – to maintaining the illusion of a status quo, while it fails to block Israeli settlement expansion in the West Bank and to challenge the Palestinian Authority’s resistance to Palestinian political renewal.

In Lebanon, by contrast, the EU seems to be exploring new avenues for asserting itself. With the impetus coming from France, the EU might do what it has long refused to do: put aside its sacred policy of “positive incentives” and consider levying personal sanctions against Lebanese political figures responsible for blocking reform as well as formation of a government. Adopting an approach based on sticks as well as carrots could pave the way for a more robust policy elsewhere in the region.

Finally, it is worth recalling that the EU’s inertia vis-à-vis Middle East conflicts is not always displeasing to member states. Some even see advantages in it. In Syria, for example, several major member states welcome the EU’s inaction, since it shores up the consensus behind the line that Europe should not participate in reconstruction unless genuine reforms are undertaken.

This is an English translation of the original article published in Política Exterior.

Another War: Views from Israel/Palestine

On Israel-Palestine, Biden Must Stop the Harm 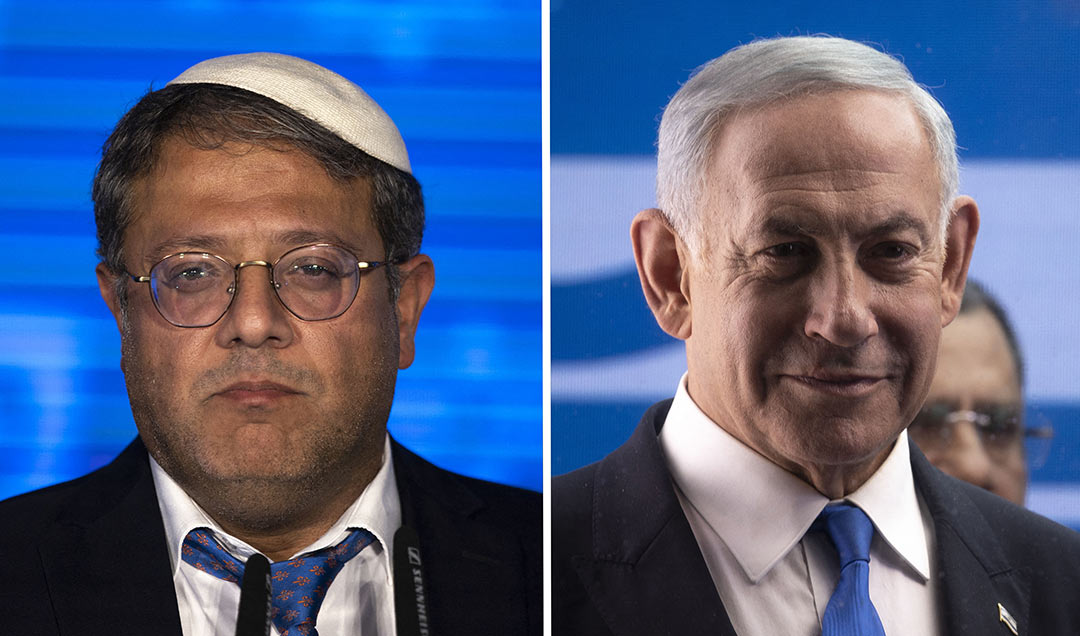 Elections in Israel have brought a far-right coalition to power. In this Q&A, Crisis Group expert Mairav Zonszein and USMEP’s Daniel Levy analyse the results and their likely implications for Israeli policy and foreign relations.