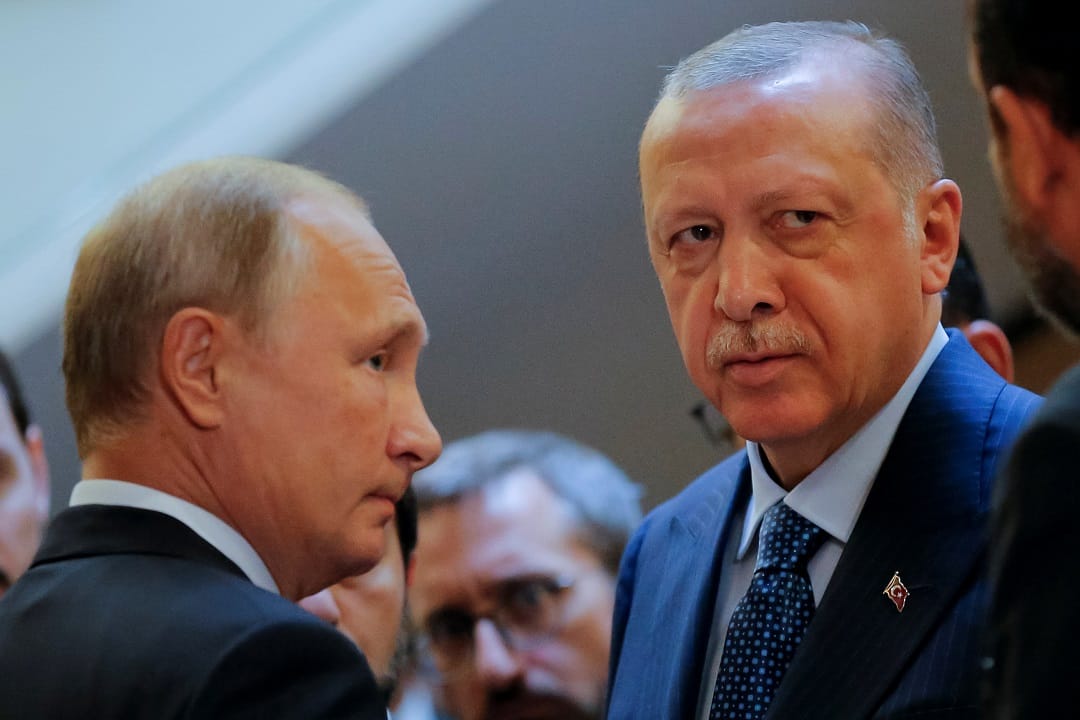 After weeks of escalatory rhetoric, Russia has partnered with Turkey in a deal to avert an all-out assault on Idlib, the last stronghold of Syria’s armed rebellion. International actors seeking to end the Syrian war should embrace the agreement.

Turkish President Recep Tayyip Erdoğan and Russian President Vladimir Putin have unveiled an agreement to forestall a Syrian regime offensive in the country’s north-western Idlib governorate. Per Putin and Erdoğan’s announcement of the deal, signed following bilateral talks in Sochi, on Russia’s Black Sea coast, by 15 October the two sides will establish a demilitarised zone along the line of contact between Idlib’s rebels and regime forces. By 10 October, rebels’ heavy weaponry must be withdrawn from the zone, which will also be cleared of what Putin called “Jabhat al-Nusra” (now Hei’at Tahrir al-Sham, or HTS) – who exactly will do the withdrawing and clearing remains unclear. Russian and Turkish forces will patrol the zone. By year’s end, Idlib’s main highways will also be reopened to normal transit.

Crisis Group welcomes this announcement, which would appear to prevent a new deadly round of conflict with tremendous human cost. But implementing the agreement likely will be difficult, and its collapse cannot be ruled out. Turkey seems as if it may have to shoulder the heavy burden of partially disarming rebels inside the zone and emptying it of jihadists, a step those militants seem inclined to resist. Still, insofar as the deal avoids – at least for now – what could have been a truly shocking spectacle of violence and death, even by the standards of Syria’s brutal civil war, the agreement warrants broad international support.

Idlib is the last major redoubt of Syria’s armed rebellion. Its rebels include thousands of jihadist militants, among them HTS, the latest iteration of former Syrian al-Qaeda affiliate Jabhat al-Nusra. Yet Idlib and surrounding areas also hold nearly three million people, nearly all civilians, almost half of whom are internally displaced, including from elsewhere in Syria. If conflict consumes Idlib, most have no apparent refuge. Their only possible destinations would be the Turkish border, now closed, or Turkish-held areas to the north of Aleppo, which are already overcrowded. For its part, Turkey has also been determined to prevent a wave of displacement toward its border, which would likely include militants who could threaten Turkish and international security. 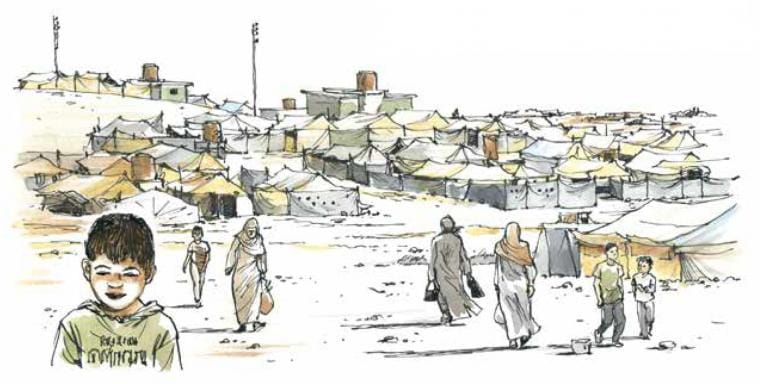 Since September 2017, Idlib has been covered by a “de-escalation” agreement announced jointly by Turkey, Russia and Iran in the Kazakh capital Astana. Under the terms of this agreement, Turkey deployed troops to twelve observation points along the front line separating rebel from regime forces between October 2017 and May 2018. At this line they are tasked with monitoring the de-escalation and guaranteeing a ceasefire. These observation posts were subsequently matched by ten Russian and seven Iranian posts on the regime side of the line. Turkey also committed – alongside its co-guarantors – to dealing with Idlib’s jihadists. It has worked to do so through nonviolent means, using political engagement and economic entanglement to separate what it characterises as more pragmatic Syrian fighters from a transnational jihadist hard core, who will have to be isolated and eventually eliminated.

Yet Turkey has been unable to bring a full halt to militants’ provocations, including drone attacks on Russia’s main Syrian air base of Hmeimim apparently launched from Idlib. Turkey has also made only limited progress in demobilising or neutralising Idlib’s jihadists.

The agreement announced by Presidents Erdoğan and Putin was possible because, in theory, it meets the interests of the various protagonists. By forestalling a Syrian regime and Russian assault on Idlib, it averts the massive flow of refugees (including, inevitably, a number of jihadists) toward Turkey that Ankara had dreaded. It also has the potential to at least halt – or limit – cross-line attacks by militant groups, which, Russia claims, pose a destabilising threat to the de-escalation. In addition, and while Damascus was not present at the Sochi negotiating table, if the memorandum is implemented in full and Idlib’s main highways are secured, it offers benefits to the Syrian regime by further reintegrating Syria economically as Damascus positions itself for post-war stabilisation and reconstruction.

Pressure, both direct and indirect, from Ankara and its allied European capitals likely played a part in producing the accord. They wisely communicated to Moscow that a gruesome battle for Idlib would have come at a price. It would have undermined Turkish-Russian bilateral relations and cooperation on Russia’s Syrian political initiatives, including a recent push for organised refugee return. European resistance to contributing to Syria’s reconstruction without the start of a credible political transition would have hardened further in the face of mass atrocities. Turkey further demonstrated its commitment to preventing an offensive by sending reinforcements to its observation points, putting Turkish lives on the line for Idlib’s ceasefire.

This agreement represents some hope – however fleeting and fragile – of averting a genuine humanitarian catastrophe.

The agreement as outlined by Presidents Putin and Erdoğan roughly parallels the formulation advocated by Crisis Group earlier this month. But more important than the specifics of this compromise is the achievement of any compromise at all, which – by virtue of accommodating Turkey’s bottom-line needs – necessarily means postponing a full-bore attack on Idlib and thus providing more time to fashion nonviolent solutions to the jihadist challenge.

That said, the success of this latest agreement remains a long shot. HTS personalities are already reacting angrily online, refusing to surrender their arms and autonomy. In addition to jihadist spoilers, Damascus may be dissatisfied with an international agreement that, in its view, keeps Syrian territory out of Syrian hands. The regime may seize on Idlib’s jihadist presence as justification to attack, or initiate a confrontation in hopes of drawing in its Russian ally on its side. Whether Turkey will ultimately eliminate Idlib’s jihadists and remove this pretext remains an open question.

Ultimately, this agreement may still prove only a temporary reprieve before a final confrontation in Idlib. Still, it represents at least some hope – however fleeting and fragile – of averting a genuine humanitarian catastrophe. International actors who seek to end the conflict in Syria should explore whether Russia’s seeming reversal after weeks of escalatory rhetoric signals a new and broader shift by Moscow away from military solutions and toward more consensual negotiated settlements for those parts of Syria still beyond Damascus’s control.