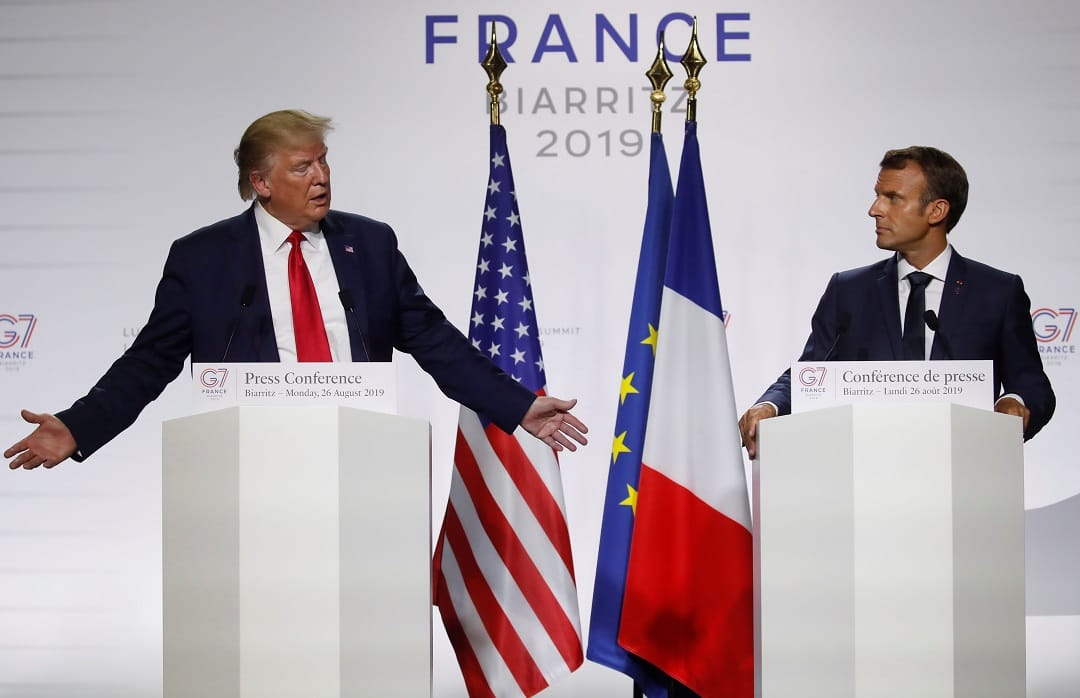 24 August: Iran sanctions U.S. think tank and its CEO; State Department responds that “Iran issued a threat… we intend to hold Iran responsible for directly or indirectly compromising the safety of any American”.

25 August: Lebanese army, Hizbollah point finger at Israel after a drone falls and a second explodes in south Beirut. Hizbollah chief Hassan Nasrallah says Israel should “wait for our response”.

26 August: President Rouhani declares that the “hand of power and hand of diplomacy should work together”, adding that “if the odds of success are not 90 per cent but are 20 or 10 per cent we must move ahead with it”.

26 August: President Macron expresses hope for U.S.-Iran summit “in coming weeks”; President Trump indicates that “if the circumstances were correct or right, I would certainly agree” to meet President Rouhani.

26 August: Lebanese media report Israeli attack against Popular Front for the Liberation of Palestine base in Beqaa.

27 August: President Rouhani calls for U.S. to “take the first step, which is lifting the unjust sanctions”.

27 August: Pentagon asserts that “we support Iraqi sovereignty and have repeatedly spoken out against any potential actions by external actors inciting violence in Iraq”.

28 August: Islamic Revolutionary Guard Corps (IRGC) says it killed two members of Kurdish militant group and arrested a third in north-western Iran one day after the death of a Basij militiaman.

Iranian Foreign Minister Javad Zarif flew to Biarritz on 25 August for meetings with French President Emmanuel Macron and other European officials in parallel to the G-7 summit.

Why it matters: French efforts over the weekend to help defuse U.S.-Iran tensions may be yielding dividends. On 26 August, President Hassan Rouhani asserted that “if I think that meeting with someone can resolve my country’s problems, I will not hesitate”. Later in the day President Donald Trump, at a press conference alongside his French counterpart, indicated that “I have good feelings about Iran. I have good feelings that it will work”. But hints of a breakthrough quickly seemed to dim as both sides staked their ground: Rouhani declared that “if somebody just wants to take a picture with Hassan Rouhani, this is not possible unless they lift all unjust sanctions”. Meanwhile, U.S. National Security Adviser John Bolton insisted that “the idea that Iran would receive some tangible economic benefit merely for stopping doing things that it should not have been doing in the first place is just a nonstarter”. In other words, now comes the hard part: turning the broad contours of a de-escalatory package which the U.S. and Iran have, at least, agreed to consider into a more detailed proposal before the UN General Assembly next month.

The Israeli military on 24 August struck a purported IRGC Qods force facility in Aqraba to foil what it described as a “pending, large-scale attack of multiple killer drones”. Prime Minister Benjamin Netanyahu asserted that the alleged operation “was an initiative of Iran, under the command of Iran, at the behest of Iran”.

Why it matters: If Israel’s official acknowledgement that it had targeted Iran-linked forces in Syria was rare, the operation itself was not. In recent years, concern that Tehran was supplying its ally Hizbollah with advanced weaponry prompted hundreds of Israeli airstrikes in Syria. But in the past several days, Israel appears to have carried out a string of additional and wide-ranging attacks against Iran-backed paramilitary forces in Iraq as well as against Hizbollah and an allied Palestinian group in Lebanon, which Israel has not claimed but is widely suspected to have executed. In a 25 August speech, Hizbollah secretary general Hassan Nasrallah warned that “if we do not respond to the Zionist attack on Dahiyeh [the group’s south Beirut stronghold], Israel will repeat the same model used to attack the Hashd al-Shaabi [Iraqi paramilitary] sites in Iraq”. Thus while past Israeli operations in Syria in most cases did not trigger a response from Hizbollah or Iran, their expanded scope risks involving a broader array of actors who may prove difficult to restrain.

30 August: Next quarterly report of the International Atomic Energy Agency (IAEA) on the JCPOA’s implementation