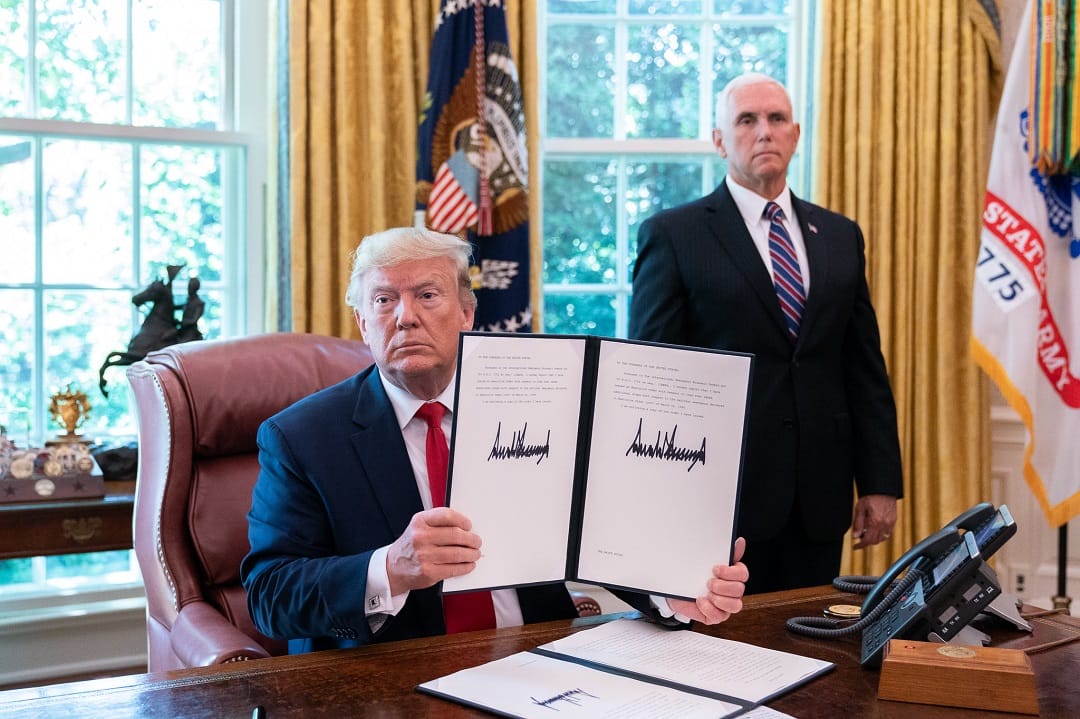 25 June: Iran says new sanctions mean “permanent closure of the path of diplomacy” and contends that “the White House is suffering from mental disability”.

25 June: Trump threatens that “any attack by Iran on anything American will be met with great and overwhelming force”.

If at First You Don't Succeed

Why it matters: President Trump on 20 June called off a military strike against Iran that was “cocked and loaded” in retaliation for the downing of a U.S. drone earlier in the day. His decision, which he justified by claiming that the attack would have caused an estimated 150 fatalities, might well have avoided an immediate escalation, but Washington continues to press ahead with coercive actions against Tehran that keep the two on a collision course. The U.S. reportedly launched a cyberattack against an Iranian intelligence group the U.S. believes was behind the recent attacks on tankers in the Gulf. This was followed by Monday's designations against Supreme Leader Ali Khamenei’s office and senior Islamic Revolutionary Guard Corps (IRGC) commanders and came in parallel to visits by National Security Advisor Bolton to Israel and Secretary of State Pompeo to Saudi Arabia and the United Arab Emirates – three governments that share U.S. antagonism toward Iran. As such, the aborted strikes may prove a crisis deferred, not averted, with the contradictions inherent in President Trump’s policy – trying to avoid war while simultaneously prosecuting a maximum pressure strategy that makes it more likely – and the inconsistencies between his demands (focused on Iran’s nuclear program) and those of his senior officials (which include far-reaching demands on all aspects of Iran’s policy) increasingly stark.

Why it matters: The British Minister of State for the Middle East’s 23 June trip to Tehran came on the heels of visits this month by the German foreign minister, an adviser to the French president, the head of the E3’s (France, Germany and the UK) financial instrument (INSTEX), and a senior EU official. Together these visits represent a concerted European diplomatic effort to save the JCPOA. But with Iran due to exceed the deal's uranium enrichment cap imminently, the question remains much the same as it has been since President Trump pulled out of the agreement last year: how much longer will Iran stay in what it sees as a one-sided deal? With oil sales to Europe down to nil, total EU-Iran trade in the first quarter of 2019 down by almost 70 per cent year-on-year and INSTEX yet to become operative, one thing to keep an eye on is cracks emerging among the deal’s remaining signatories – the E3, Russia and China – if its condition grows critical. Still, the EU’s top diplomat, Federica Mogherini, on 25 June indicated that the trade mechanism “is now ready to be operational” and predicted that “you will probably hear more from us in the coming days”.

Iraqi President Barham Salih on 25 June indicated that “we are truly concerned with the escalation [between the U.S. and Iran] and we are concerned about the ramification for Iraq”.

Why it matters: While much of the recent regional tension has been concentrated in and around the Gulf, Iraq may also be witnessing the reverberations of growing U.S.-Iran friction. Last month, a rocket fell near the U.S. embassy in Baghdad’s Green Zone. This month, there have been a series of unclaimed mortar and rocket attacks targeting military as well as economic facilities, such as the Burjesia oil company compound near Basra. On 25 June, CNN reported a U.S. cyberattack against Kataeb Hizbollah, an Iraqi paramilitary group with close ties to Iran. Prime Minister Adil Abdul-Mahdi's government, whose government this week finally secured appointments to three key cabinet portfolios (defence, interior and justice) has little appetite for getting caught in a fight between Tehran and Washington, but the proximity of U.S. and Iran-linked forces makes Iraq an increasingly dangerous flashpoint. 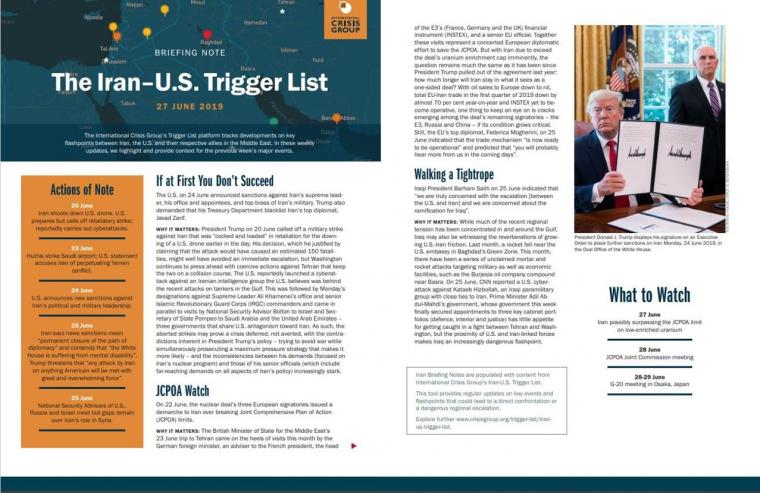 Interactive: The Making and Unmaking of Iran Sanctions